My Night With Reg @ Turbine Theatre... 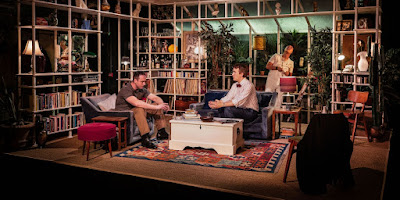 Last week Stuart and I went to see My Night With Reg at the Turbine Theatre at London's glitzy Battersea Power Station.

Written by Kevin Elyot the play tells the story of seven gay men during, and following the effects of, the AIDS crisis. Although the crisis is not exactly what play is all about. It's a comedy - very much in the vain of Boys In The Band - the gays don't exactly hate themselves but they have a lot of shit to sort out. A lifetime of being told you're not good enough takes quite a bit of unpacking.

As a side note, the characters names are all have Elton John related names; Daniel, John, Benny, Guy, Bernie, and Reg. (Eric apparently refers to Eric Clapton.)

The elephant in the room, Reg, who most of the characters have slept with, never appears on stage. Reg is a metaphor for AIDS. A silent unseen killer. But Reg is a good shag. And had a winning smile. And flattery got him everywhere.

The play is also about longing. About unrequited love. And about disappointment. Which makes the play sound depressing which it's not; it's very funny. Oh, and there is plenty of gratuitous nudity. We laughed like drains.

Starring Stephen K Amos, Paul Keating, and a rather buff Edward M Corrie our Islingtonian neighbours Mark Gatiss was there with his husband Ian. They nodded a warm hello. 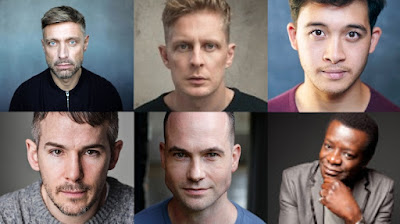 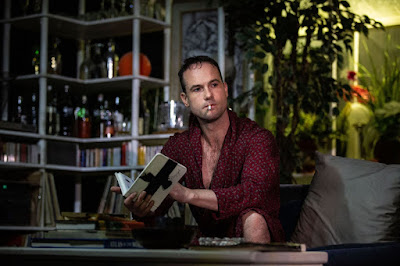 Posted by overyourhead at Wednesday, September 01, 2021