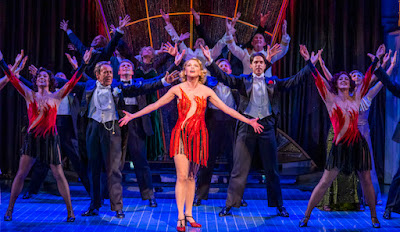 The other week Stuart and I went to see Anything Goes at the Barbican Theatre in London's glitzy Barbican Centre.

Featuring music and lyrics by Cole Porter and a book by Guy Bolton and PG Wodehouse, Anything Goes is set aboard an ocean liner crossing the Atlantic from New York to London. Much nonsense happens aboard but it's not the plot we were there to see; it was the breath-taking musical numbers.

If you like your musical theatre pre-Golden Age (and we do) then this is the show for you. It was a toe-tapping, jazz-handed, tap dancing tour de force. We laughed, we clapped, we sung along.

The 15-minute end of act one finale with the whole cast tap-dancing like crazy to Anything Goes is one of the most wonderful things I have seen on stage in many a year. Wow! Just 'wow'!

But the night doesn't just go to Ms Marshall, but also to Sutton Foster, who reprises her Broadway role as nightclub singer Reno Sweeney 10 years after winning the Leading Actress in a Musical Tony for her performance. We were on our feet. 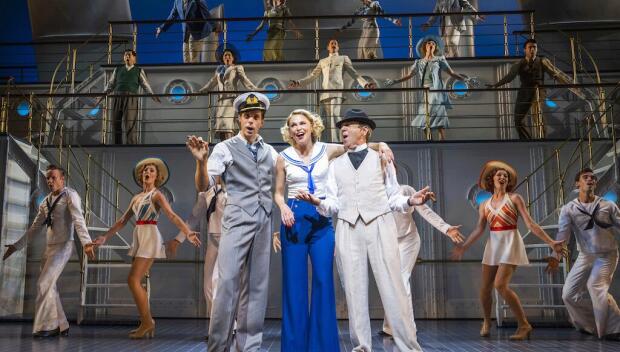 Posted by overyourhead at Friday, September 24, 2021