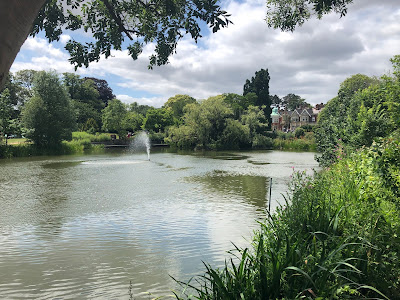 A couple of months ago Stuart and I paid a visit to secret wartime, code-breaking powerhouse Bletchley Park near glitzy Milton Keynes.

Expecting to spend just an hour or two looking around the place, we ended up taking over 7 hours and still didn't see everything. We did a grand tour, had high tea in the house, and tried to watch and read everything there was to see. It was fascinating.

The place took us gently through the gathering, decrypting, analysis and cataloguing of the vast amount of military data they were collecting. They collected and deciphered German, Italian, Soviet and Japanese signals providing valuable insights into troop movements, air attacks, and the location of vessels and submarines at sea. 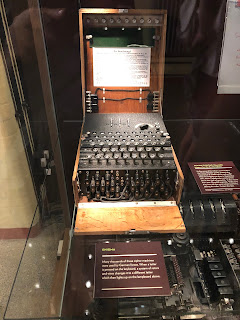 The highly encrypted enemy signals used Enigma and the even more complicated Lorentz SZ42, which the Bletchley Park boffins eventually managed to crack using brute force and cunning. The brute force part was helped by machines such as the bombe (pioneered by Alan Turing) and the Colossus - the world's first programmable digital electronic computer.

The grounds consist of a number of "huts" - large wooden structures where the intelligence work went on - and "blocks" - larger brick structures. The name of the hut often followed the group even when they moved into the blocks.

Huts
Hut 1: The first hut, built in 1939 used to house the Wireless Station for a short time, later administrative functions such as transport, typing, and Bombe maintenance. The first Bombe, "Victory", was initially housed here. 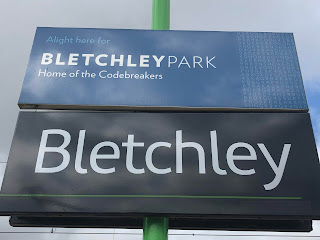 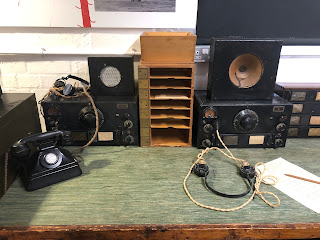 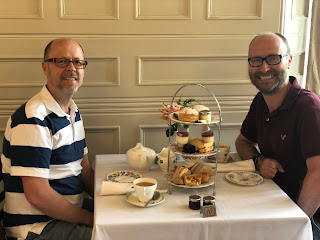 Block D: Enigma work, extending that in huts 3, 6, and 8.
Block E: Incoming and outgoing Radio Transmission and TypeX.
Block F: Included the Newmanry and Testery, and Japanese Military Air Section. It has since been demolished.
Block G: Traffic analysis and deception operations.
Block H: Tunny and Colossus (now The National Museum of Computing). 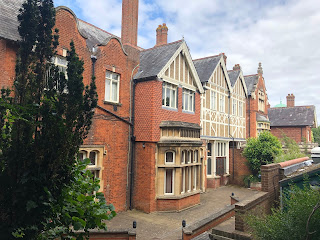 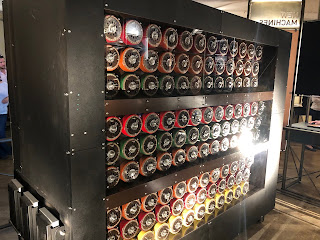 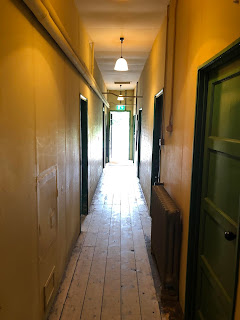 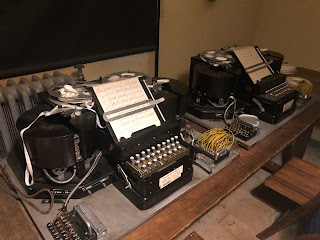 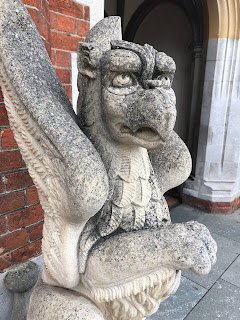 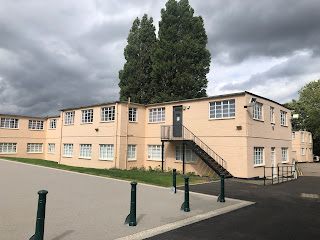 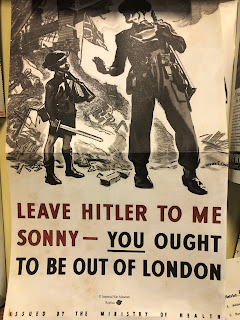 Posted by overyourhead at Wednesday, October 16, 2019