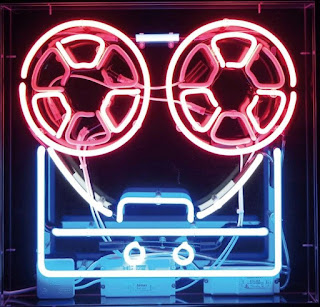 Well, there goes another 70 quid of my hard earned cash on another 1980s fav. Can't wait!

CD1 features remastered versions of the band's legendary early-'80s 12" single A-sides, with 'Numbers' and 'Soul Inside' being very slightly edited in order to fit onto the disc, CD2 contains all the full-length B-sides, also remastered, and CD3 includes brand new versions and extended versions of key Soft Cell fan favourites. The extended versions feature only original parts from the multitrack masters, while the new versions have been created especially by Dave Ball, who has finally created the definitive mix of 'Say Hello Wave Goodbye' that he always imagined, as well as new takes on some of his favourite album tracks and B sides. These new versions are more than fit to take their place among the existing greats.

CD4 includes a mixture of unreleased and less widely available material, as well as demos from the 1980-1984 period, rare international radio-only edits, and the fabled unreleased 12” mix of 'Forever The Same', once mooted to be the third single release from 'The Art Of Falling Apart'. CD5 is made up of music from Soft Cell's earliest years, including one of the first recordings ever made by Dave Ball, plus tracks recorded at the band's first ever gig in December 1979. This disc also includes a remastered version of the debut 'Mutant Moments' EP, plus one of Soft Cell's earliest recordings, previously unreleased and not even available on any bootleg. As well as other early demos, this CD also documents Daniel Miller's work with Soft Cell in 1980 and 1981.

Recently found in Universal Music's vaults, CD6 contains live recordings made by Flood of the US dates from 1983 where the band previewed songs from the then-upcoming 'This Last Night In Sodom' album. Originally slated for a live album release the tapes have been painstakingly mixed and mastered and capture Soft Cell at their live zenith. This show was recorded at The Palace in Los Angeles, with a certain Michael Jackson part of the audience! CD7 features the final section of the Los Angeles show, plus other live highlights, including tracks from Soft Cell's farewell shows at Hammersmith Palais in January 1984. Remaining selections come from the band's reunion tour dates in 2002-3, where producer Ingo Vauk recorded the whole UK tour.

Disc 8 features 'Non-Stop Euphoric Dubbing', a Dave Ball directed 12-suite continuous mix of Soft Cell classics which forms a moody counterpart to the pioneering dub album 1982's 'Non Stop Ecstatic Dancing'. This CD also includes a splatter of remixes, including the first ever remix by Erasure, who have remixed 'Bedsitter'. In addition, The Grid's 1991 remixes of 'Memorabilia' and 'Where The Heart Is' have been reworked to replace Marc's 1991 re-vocalled versions with his original takes.

The ninth and last audio disc CD9 features highlights from the BBC's vaults, including previously unreleased audio of their Whistle Test appearance in 1982. Soft Cell's first recordings since 1983 are also included, with an unreleased extended version of 'Divided Soul,' and the set is completed with Marc and Dave's favourite tracks from 2002's comeback album 'Cruelty Without Beauty'.

Finally, the DVD features the 'Non-Stop Exotic Video Show' plus the official promos for 'Where The Heart Is', 'Numbers', 'Down In The Subway' and 'Monoculture'. There's a host of TV appearances, including The Oxford Road Show, The Old Grey Whistle Test, Top Of The Pops, The Tube, The Switch and The 1983 Supersonic Christmas Special plus a previously unreleased gig 'Live At Leeds Amnesia Club' from 28th May, 1981. Finally, there's the 'Young Guns Go For It' BBC documentary.

The box is 10”X10” square with a comprehensive book packed with photos and a new essay by Simon Price.

Mr Self Destruct
Soul Inside
Forever The Same
Insecure Me
L'Esqualita
Loving You, Hating Me
Torch
Youth
Disease & Desire
Where Was Your Heart
Baby Doll
Martin
The Art Of Falling Apart

Disc 10 : DVD
Includes the 'Non-Stop Exotic Video Show' plus the official promos for 'Where The Heart Is', 'Numbers', 'Down In The Subway' and 'Monoculture'. There's a host of TV appearances, including The Oxford Road Show, The Old Grey Whistle Test, Top Of The Pops, The Tube, The Switch and The 1983 Supersonic Christmas Special plus a previously unreleased gig 'Live At Leeds Amnesia Club' from 28th May, 1981. Finally, there's the 'Young Guns Go For It' BBC documentary.
Posted by overyourhead at Thursday, April 19, 2018