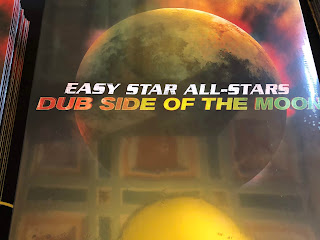 Last Friday night Stuart, Paul, Simon and I went to see the reggae outfit Easy Star All‐Stars perform their dubtastic album Dub Side of the Moon at the Islington Assembly Hall in London's glitzy Upper Street.

In fact, the band performed various hits from their repertoire, but drew mainly from their seminal work Dub Side Of The Moon (a complete reggae reworking of Pink Floyd's Dark Side Of The Moon). We were also treated to tracks from their newer piece, Radiodread (the reggae treatment given to Radiohead's OK Computer). They even threw in the odd track from Thrillah too (their dub version of Michael Jackson’s classic album.) 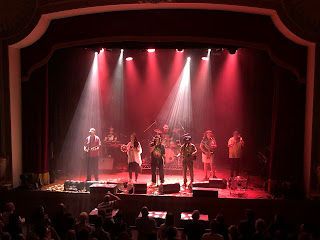 The masterminds behind Easy Star All-Stars are Michael Goldwasser (a.k.a. Michael G), his production partner Victor Axelrod (a.k.a. Ticklah), and his two Easy Star label partners Eric Smith and Lem Oppenheimer. This New York reggae band are in fact a loose collective with a rotating line-up. Last night there were eight of them on a stage and they did a pretty good job of keeping us entertained.
Recommended, if you like dub. Which I do, diddly-do, diddly-do, diddly-do, do, do. 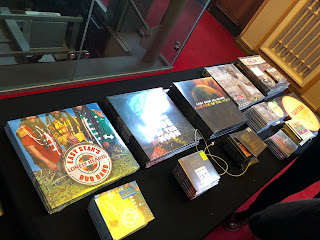