Amazing Pride in London 2019! "Our feet might have been sore but our hearts were still singing" Thank you @gaygooners @Arsenal @Gunnersaurus @AdidasUK @PrideInLondon … 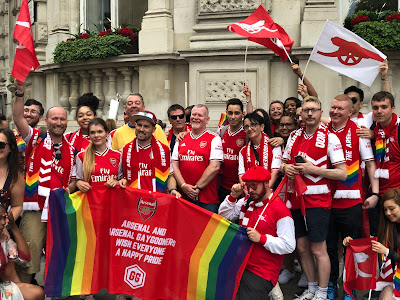 Well, that went well. Probably the best GayGooners Pride event I have had the pleasure to be involved with! All the hard work, planning, cajoling, chasing, pleading, and long hours finally paid off. And guess what? It was a palpable hit!

It started on Friday night when we had a great party hosted by Octopus Energy at Be At One Regent's Street where we burned through over £1000 in booze. Oops.

On Saturday morning, Gunnersaurus came to our Pride meet-up event at the Metropolitan Bar to pose for photos and dance. He and his lovely wrangler brought Arsenal scarves and Arsenal flags with him - generously donated by the club. Representatives from Adidas and Octopus Energy also joined us and shortly after noon, as a crowd, we moved off together to join the parade full of high spirits. 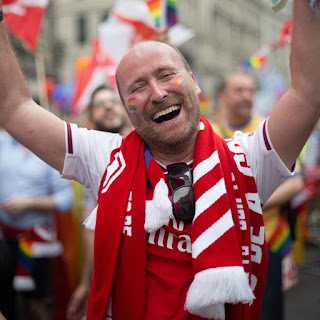 Our spirits were lifted higher still when we got to the parade. Organiser Joe, drivers Carl and Aaron, and wheel stewards Elliot, Larry and Jonathan - who had been decorating our vehicle - were waiting for us. They had music. They had good times. They had sass.

We all whooped and cheered, and chatted and danced around. We were quite the envy of the other London-based football supporters clubs I think!

Then we were off! With about 60 of us following the vehicle we danced, we sang, and we waved our Arsenal flags, Arsenal scarves, and new Gaygooners scarves like we just didn't care! A sea of red moving forward, taking over the streets, throwing scarves into the crowds, high-fiving the stewards, smiling, laughing, having fun.

We cut such a dash that we even appeared on BBC TV News TV, on Australian SBS TV News too, and were filmed and shot by numerous photographers. 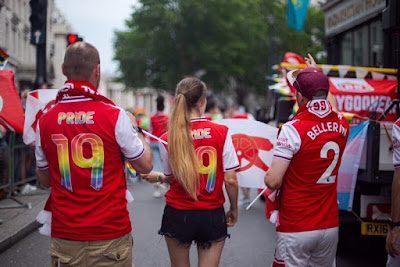 Most major news organisation picked up images that included us - including online versions of The Mirror and The Daily Mail.

Héctor Bellerín posted his support on his Instagram story feed and there were too many photos, likes and retweets on Twitter, Facebook, and Instagram feeds to mention from the wider Arsenal family and beyond.

In fact, there was a lot of love (and sadly some hate) via social media – but then the peer policing was brilliant too! Shutting down the haters.

Hey, even Getty Images got in on the act and are currently selling photos of we Gaygooners marching on the Parade - for £375 each!

After the parade, Carl, Joe and his team derigged the vehicle before joining us all back at Be At One again for a well-deserved bevy and catch-up on the amazing day that had just been. Our feet might have been sore but our hearts were still singing.

What an amazing Pride day that was!

One memory I shall treasure from the day is Chris (one of our older members), his eyes shining as he could barely hold back the tears, saying to me, "Thank you. Just, thank you." 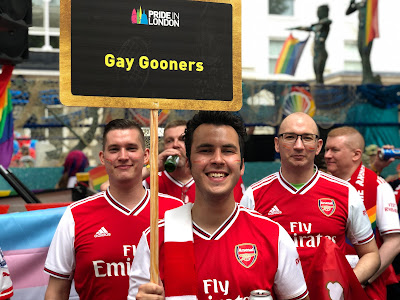 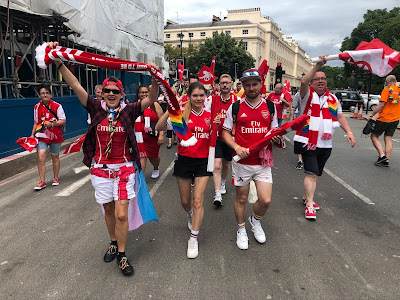 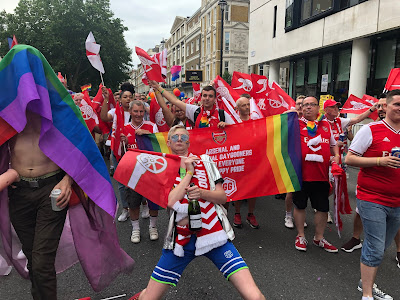 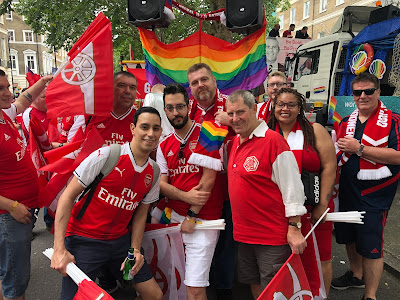 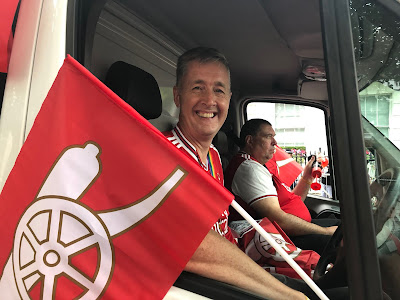 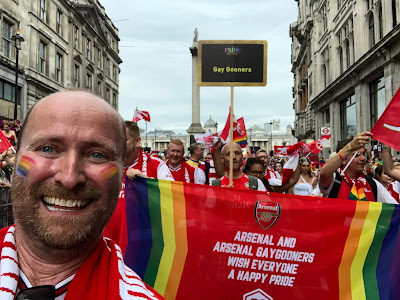 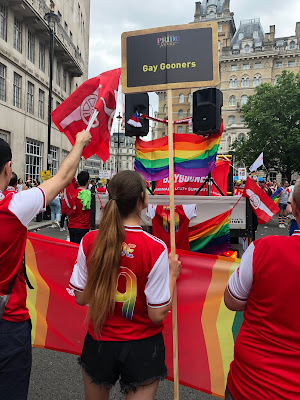 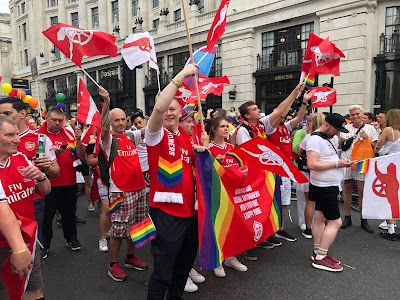