Provincetowners are very proud of their city. Demonstrated most dramatically perhaps by the previously mentioned massive granite Pilgrim Monument tower they built to commemorate that landing of the Mayflower back in 1620.
In the morning Jo, Stuart, and I visited the tower's nearby Provincetown Museum to  learn about pilgrims and also about the town's whaling past. We then climbed up the 252 feet to the top, which afforded us lovely views of the town, the cape, and the sea.
After our climb and a bit of shopping in town we swung by Pepe's again for some early lunch. They remembered us!
The other aspect that Provincetowners are very proud of is their LGBT community and to that end, the rest of our day was spent helping them celebrate that pride. Or to give it it's more official spelling - Pride. Today was Pride Day.
Things started off with a gathering at the LGBTQ Center - mainly drag queens and onlookers - before a procession through town. Or to give it it's formal title - a sashay.
This year's Pride event was only Ptown's second so was fairly modest. The much bigger LGBTQ carnival held in August has been running for yonks - but from little acorns, mighty oaks do grow.
We joined in the fun by dressing up a bit and followed the sashay as it snaked its colourful way towards the tea dance at the Boatslip.
Along the way were information stations with signs displaying the history of the Stonewall riots 50 years ago.
Once at the Boatslip the partying really began. We laughed, we had a few drinks, we chatted, we danced, we laughed some more.
The place was packed and we saw some sights I can tell you!
As it was  just a tea dance things came to a close by 7pm so we popped home to change again - our third outfit of the day - before heading back into town for more drinks and to catch a drag show at the Crown & Anchor pub. Well, I say drag. Drag was the least outrageous thing about it.
Dina Martina’s shows are a mash-up of live singing, outrageous costumes, and hilarious video montages. It’s a high camp drag show and very funny.
This show was called Forgotten But Not Gone! and featured a lot of British songs - not least West End Girls and Life in a Northern Town.
I'm sure the Pet Shop Boys and The Dream Academy would both laugh at their songs being lovingly murdered by a overweight drag queen with a quick wit and sparkle in her eye. My sides were literally aching from laughing.
The show ended with a mass singalong to Fleetwood Mac's Go Your Own Way. Yes, more Brits!
After the show we stopped off for some pizza slices (we'd somehow managed to skip supper) before heading home still giggling from the drag show.
A great day in Ptown. Proud to be here. 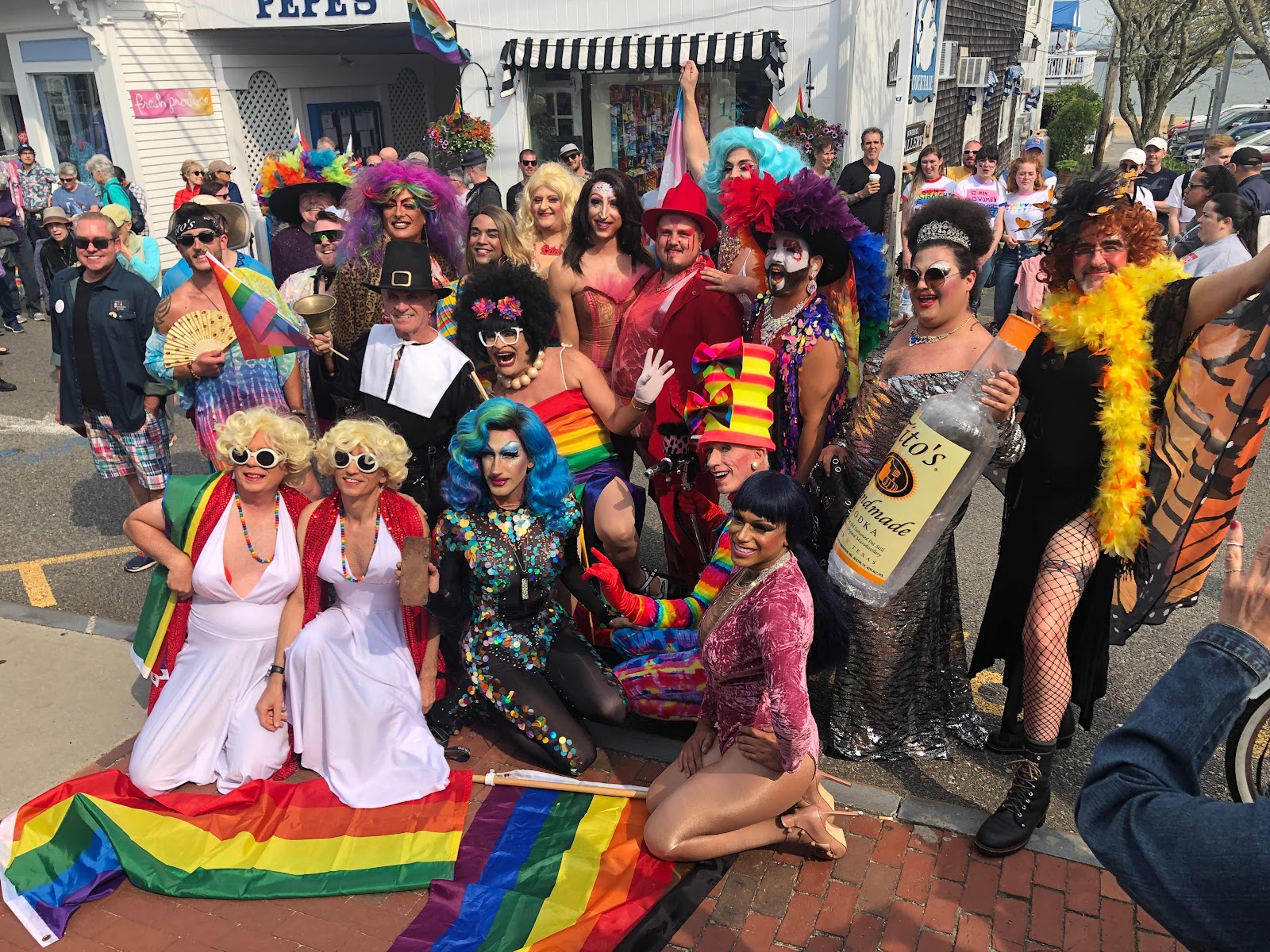 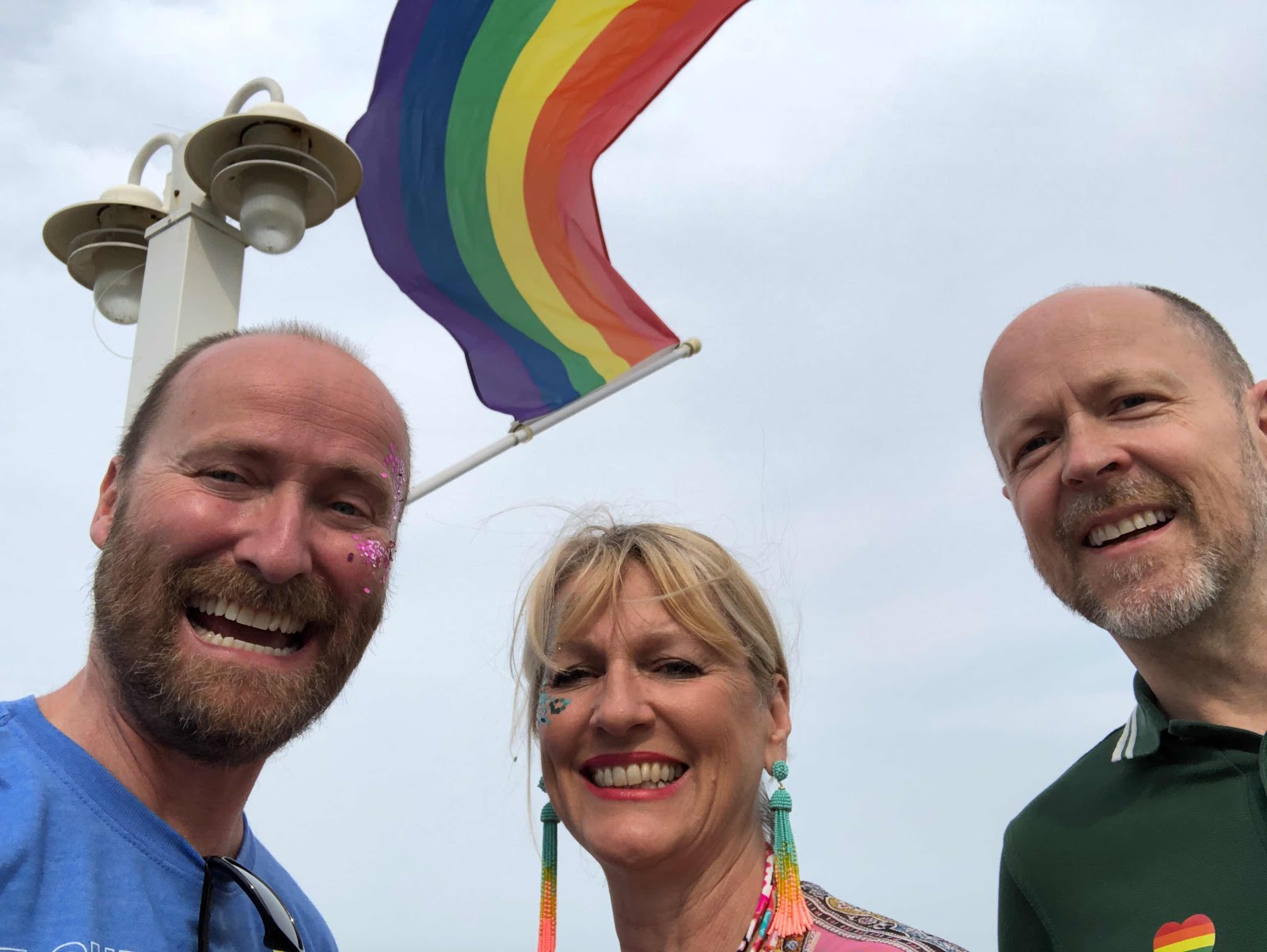 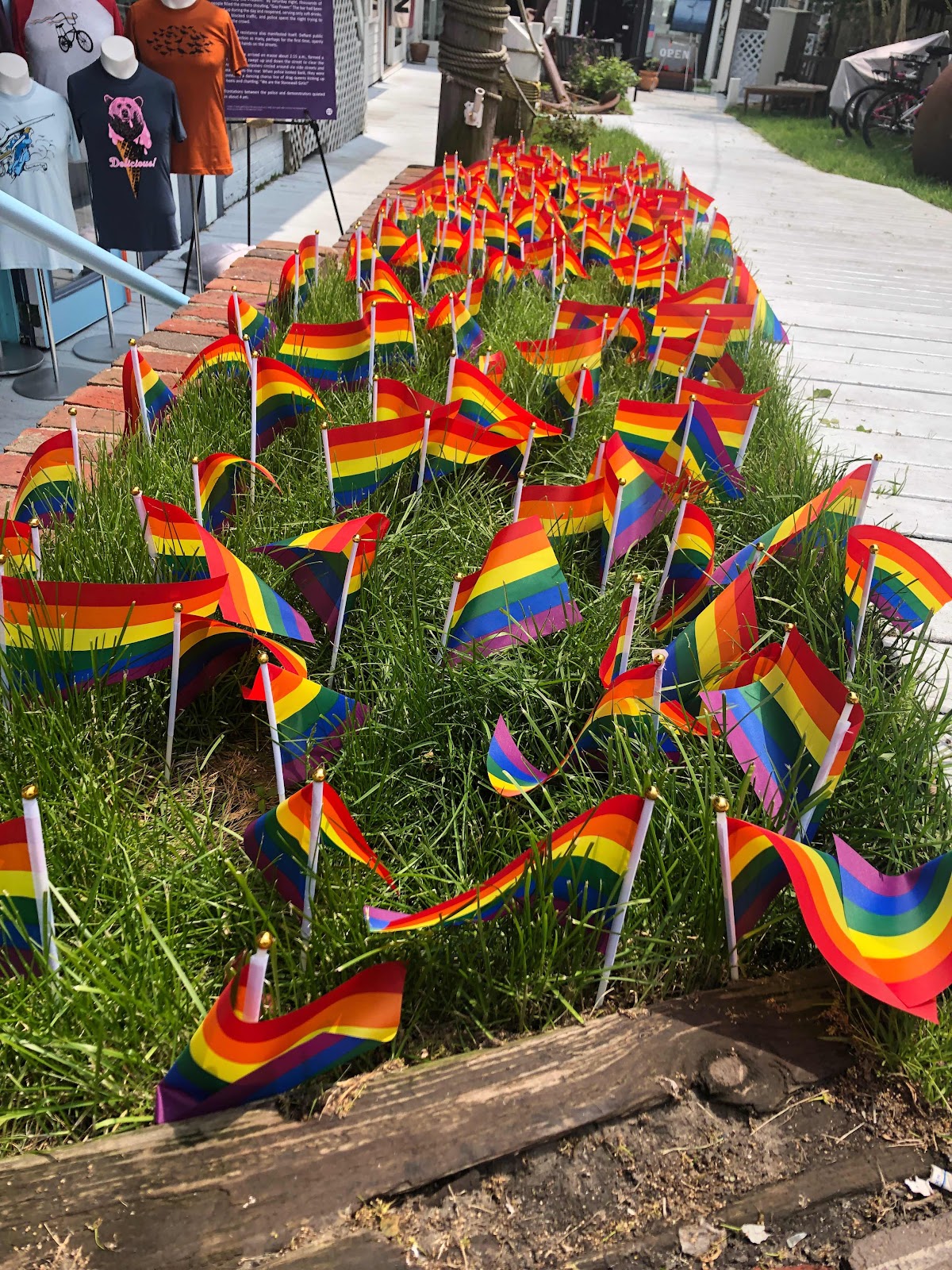 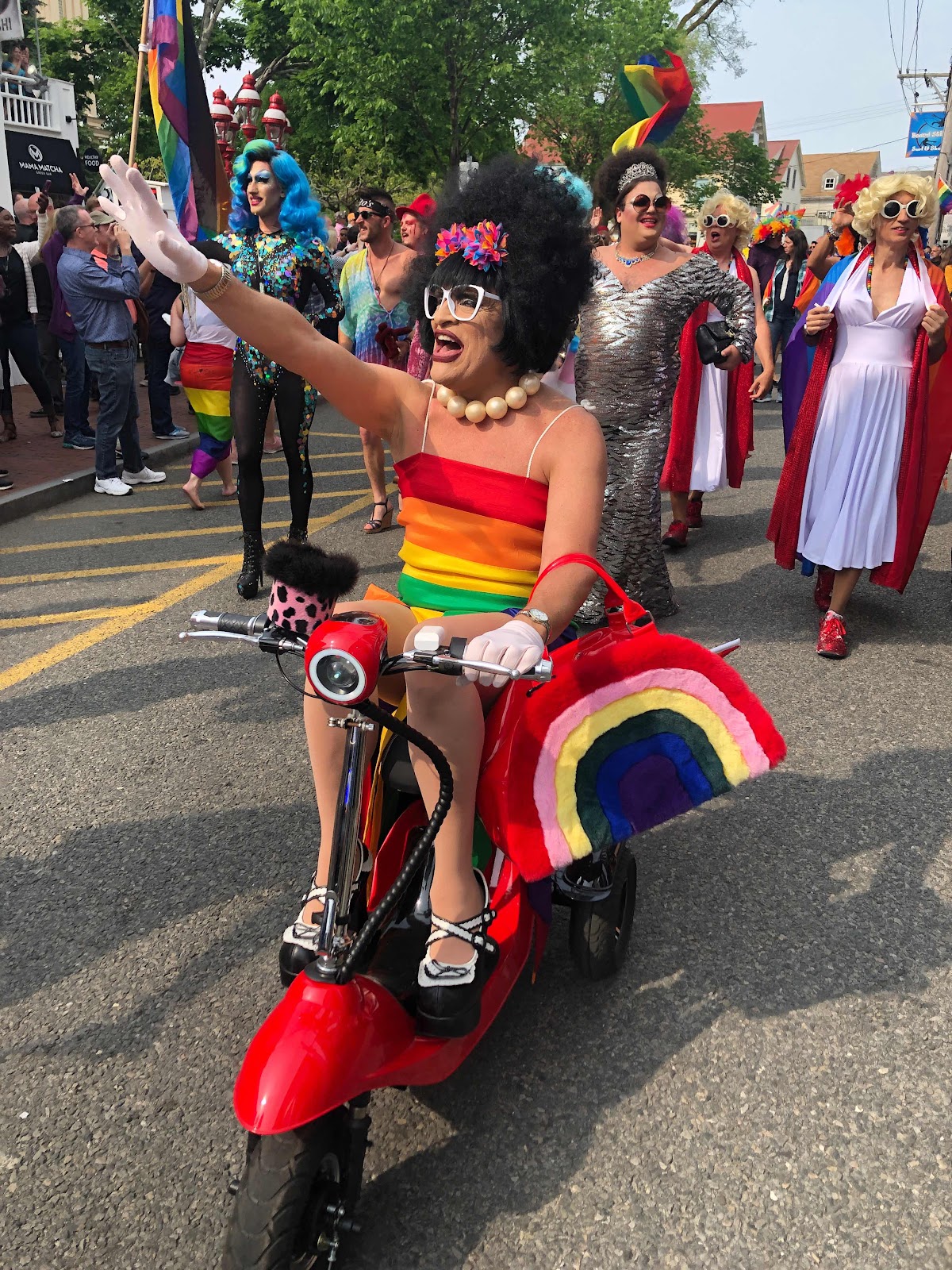 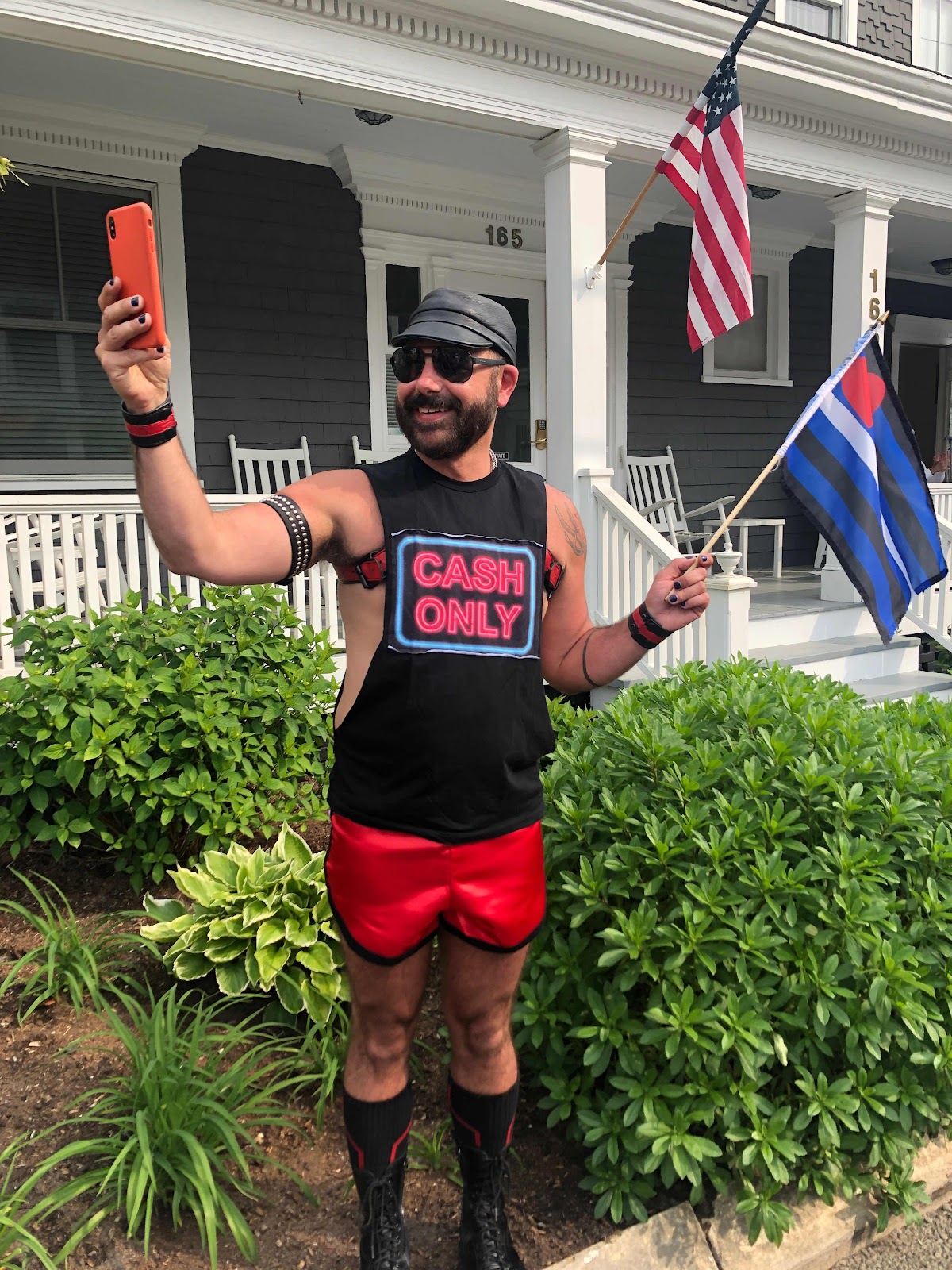 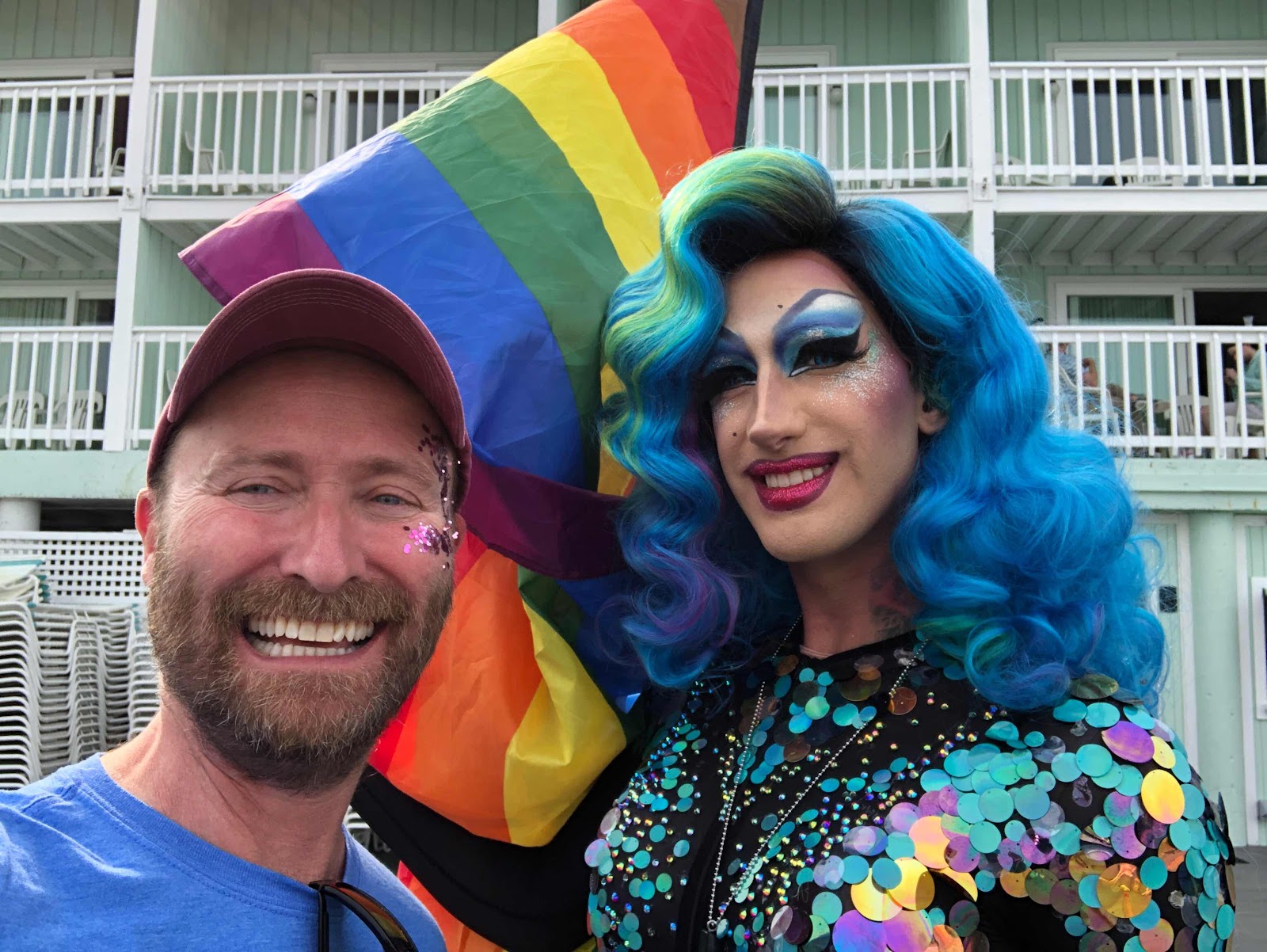 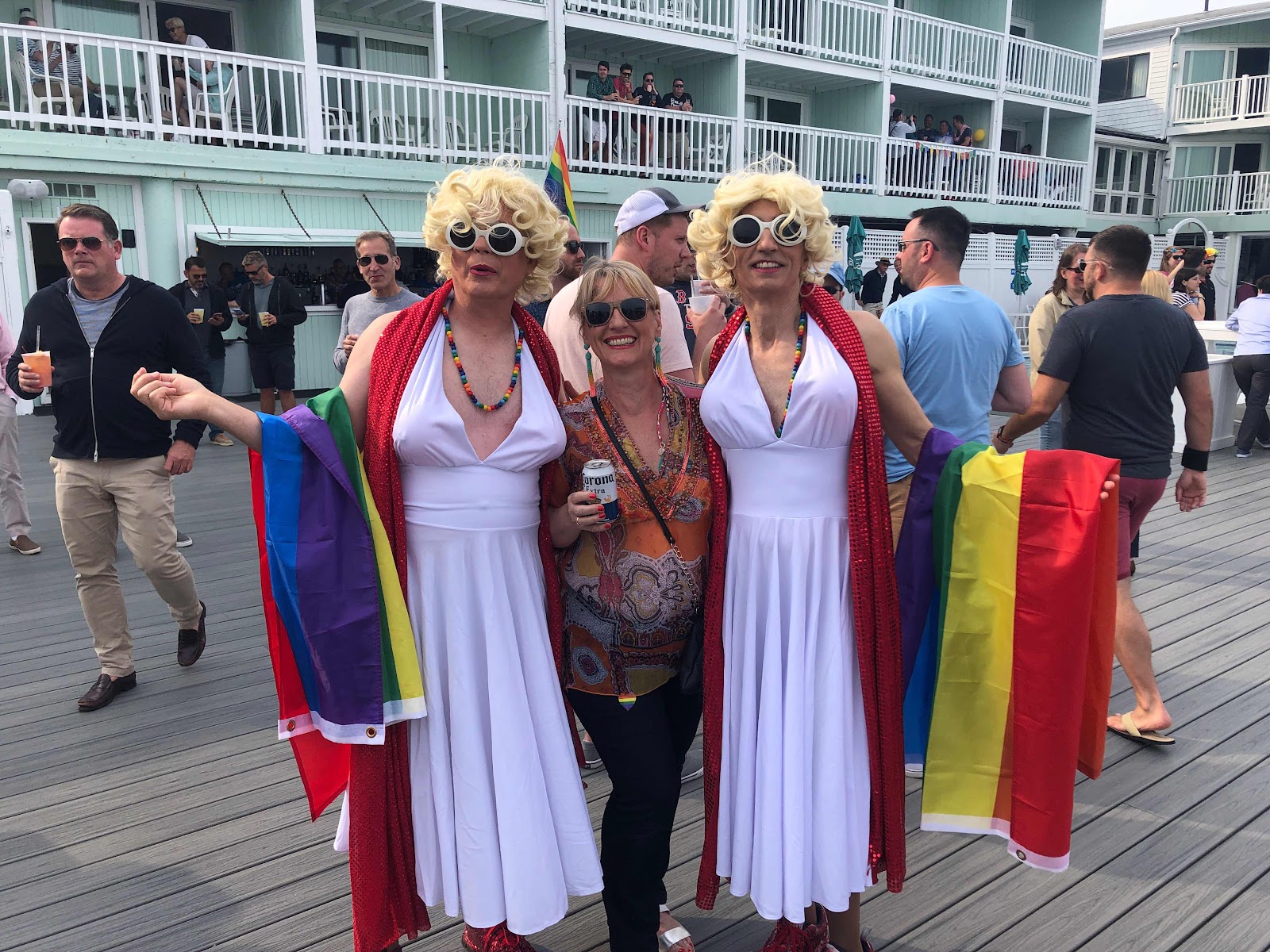 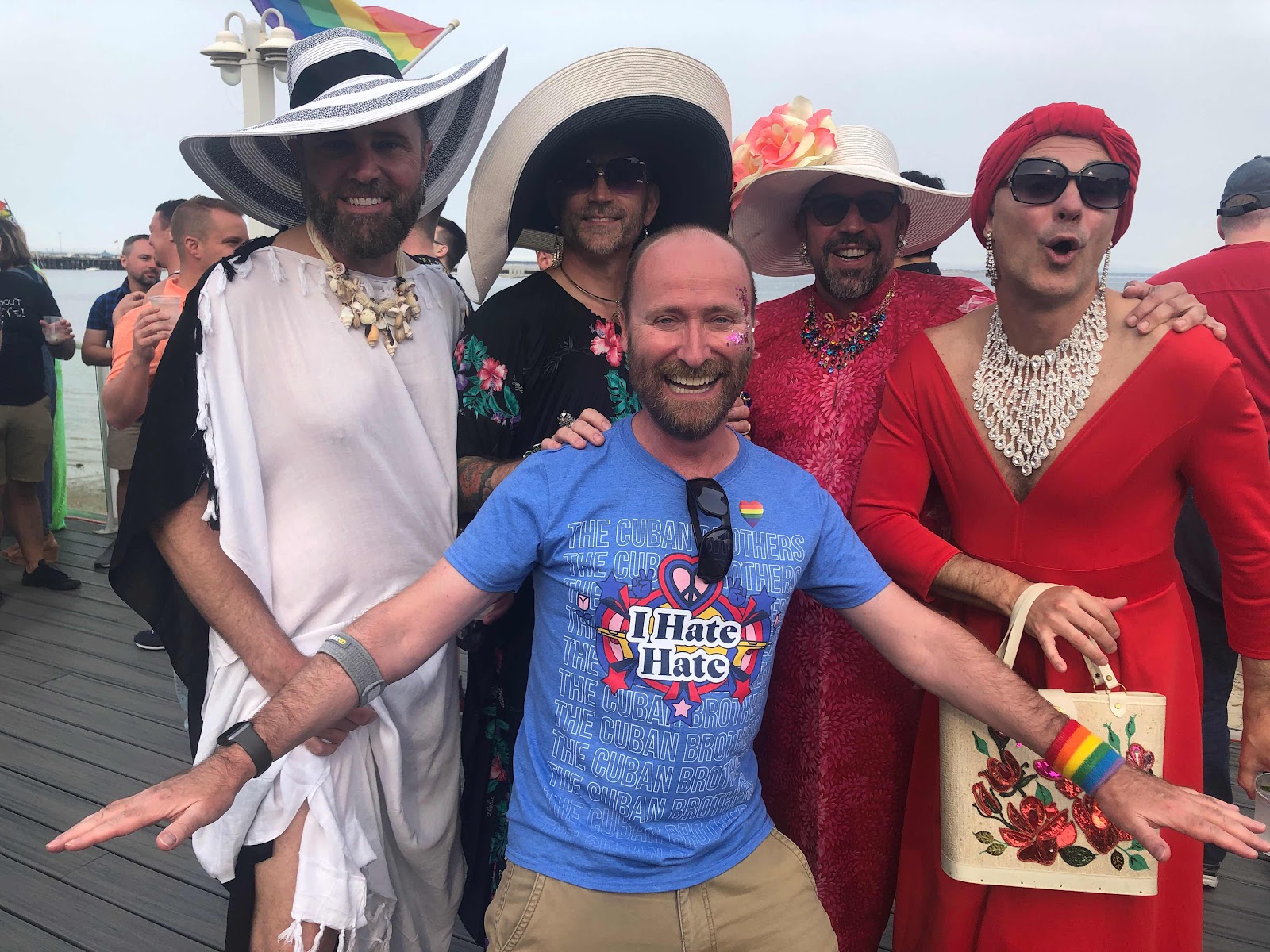 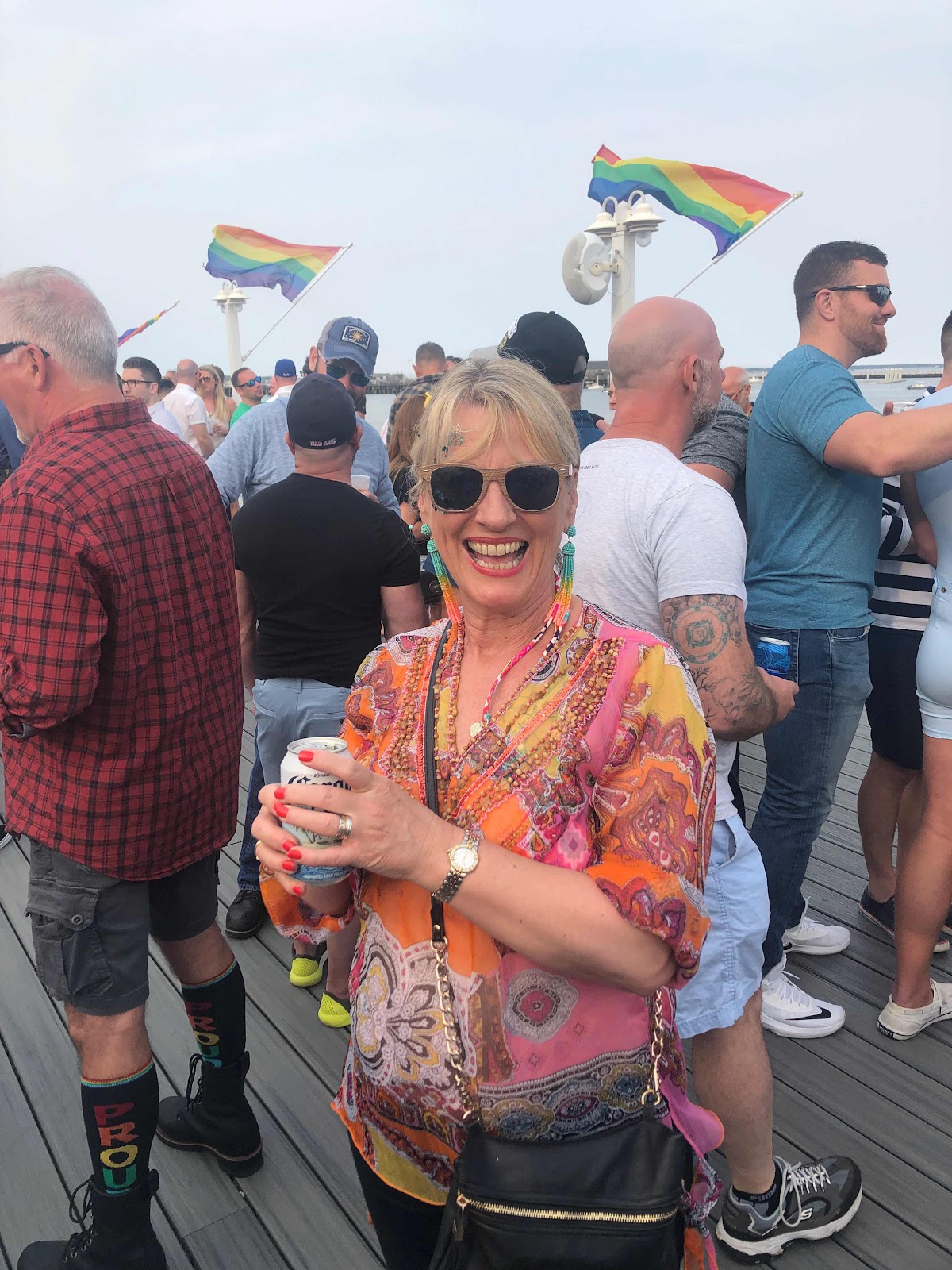 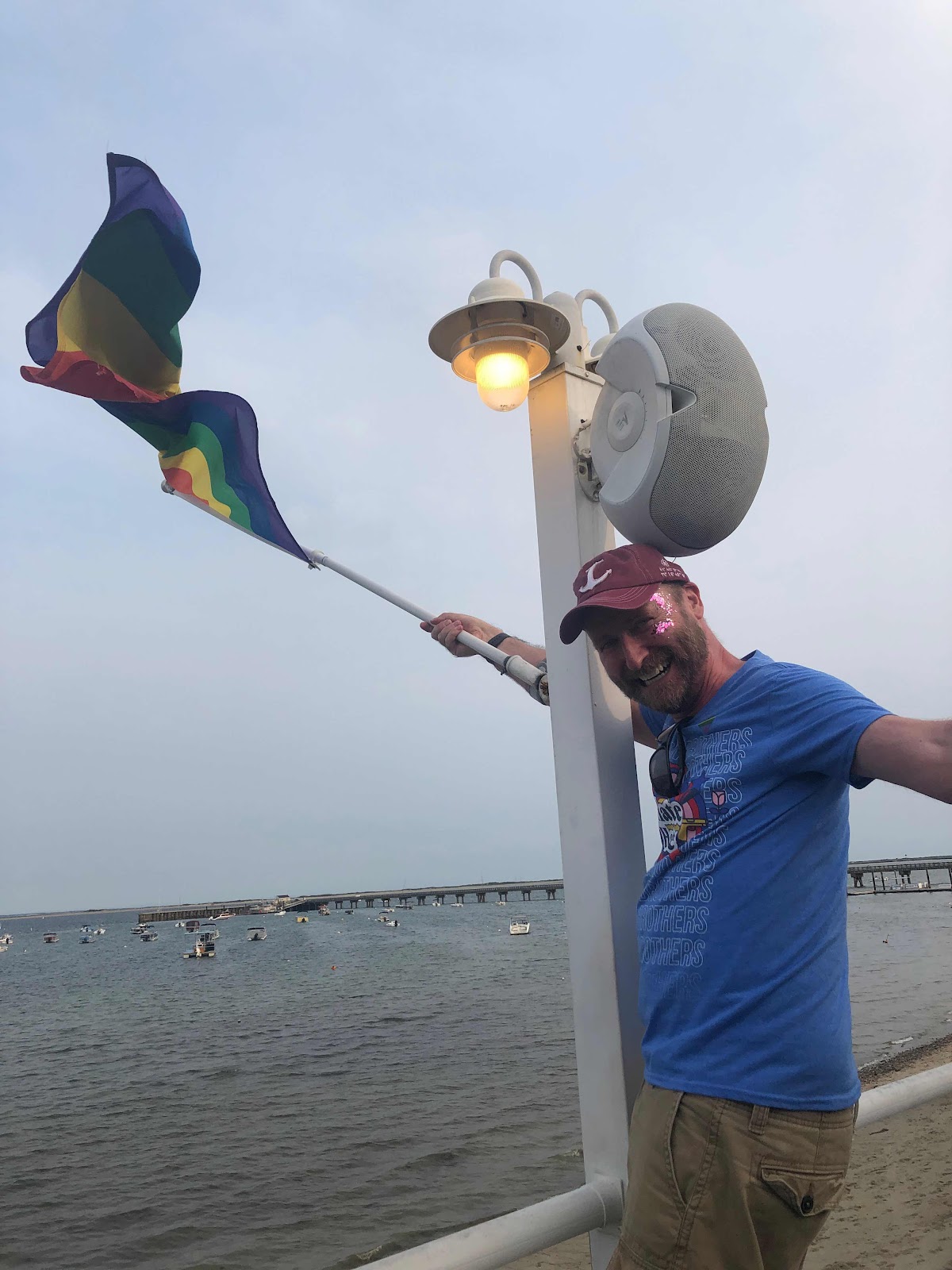 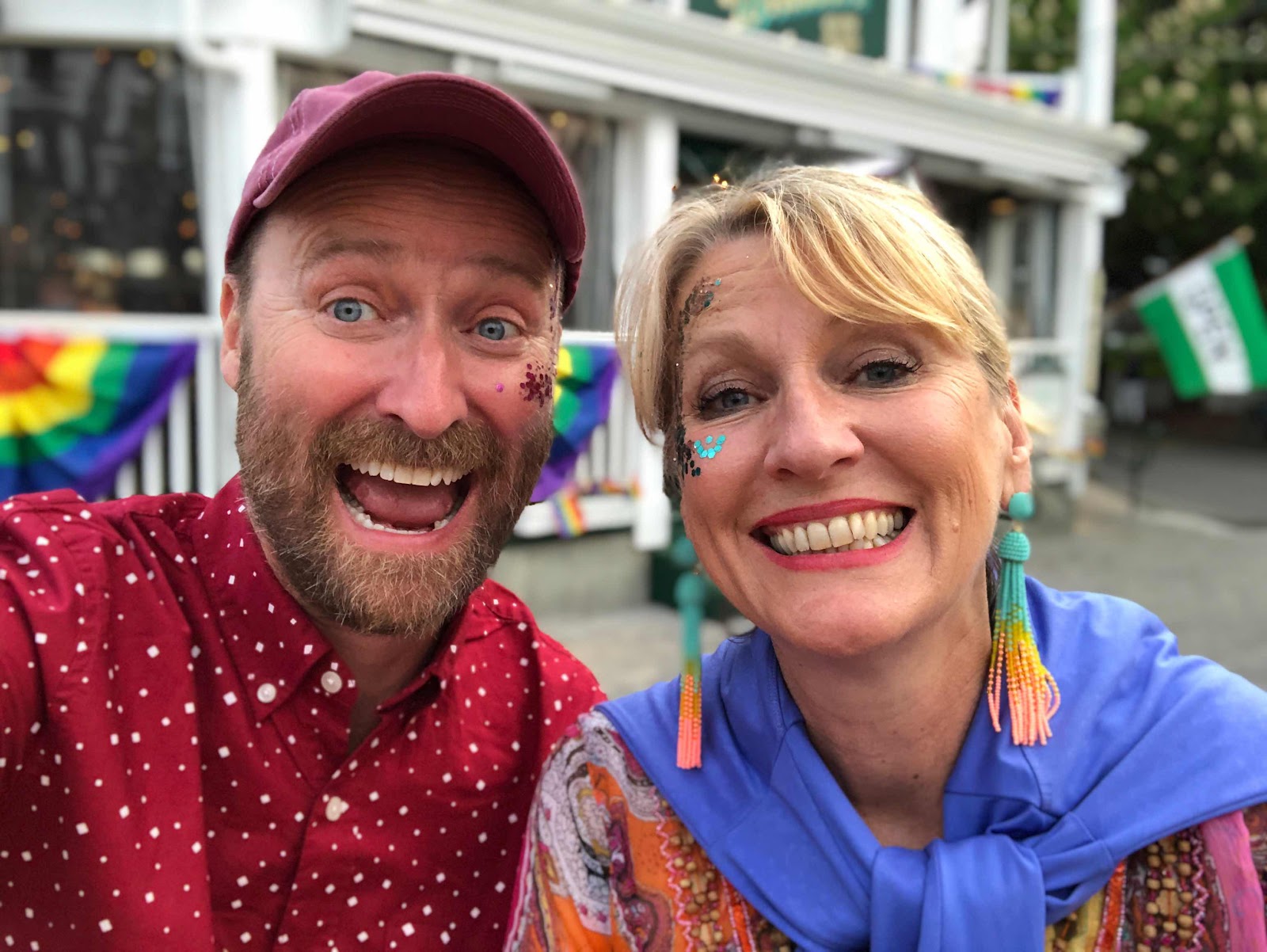 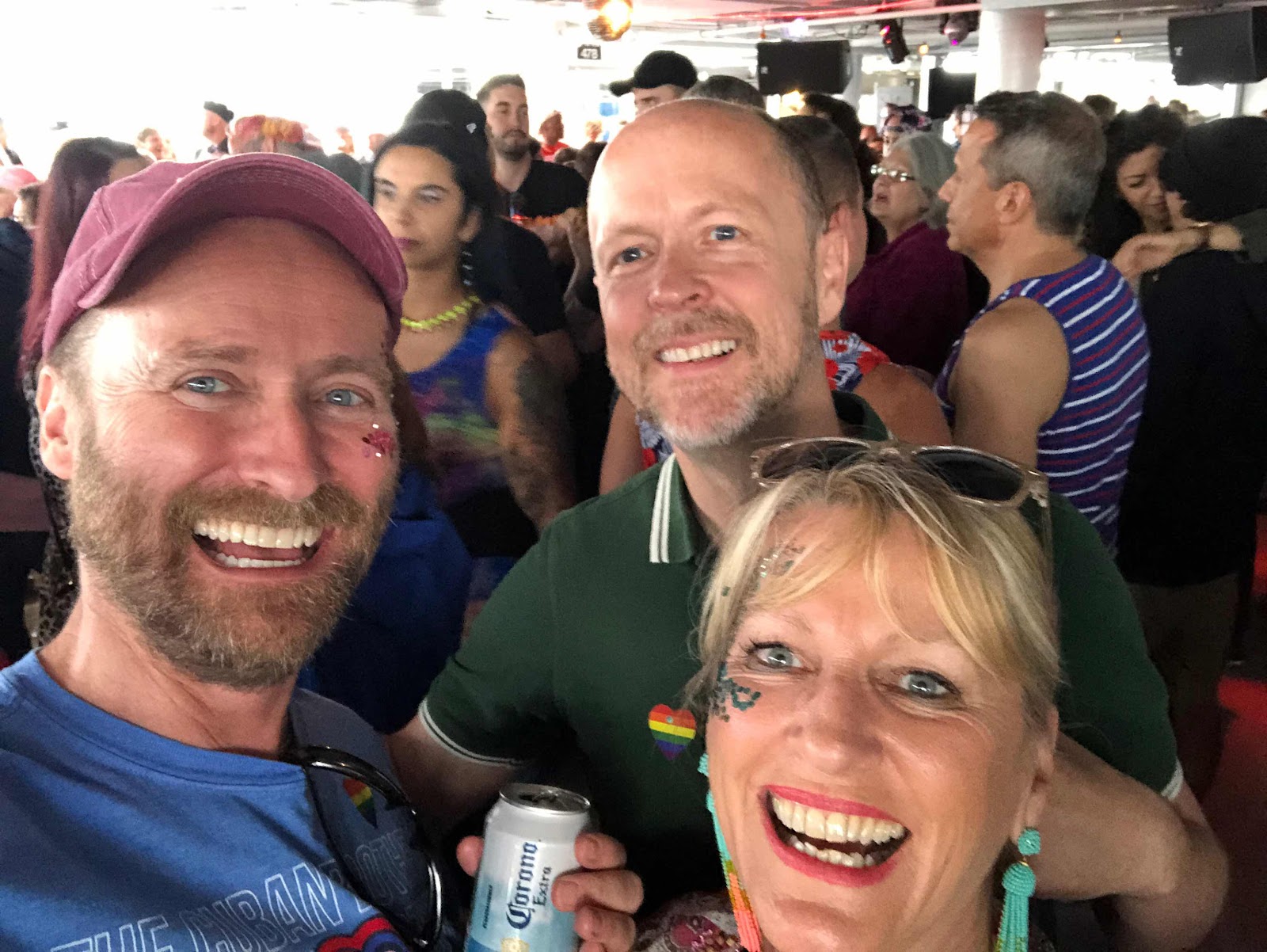 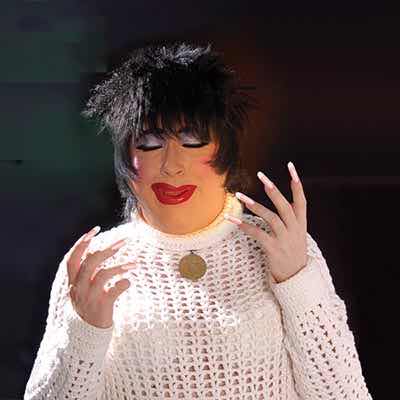