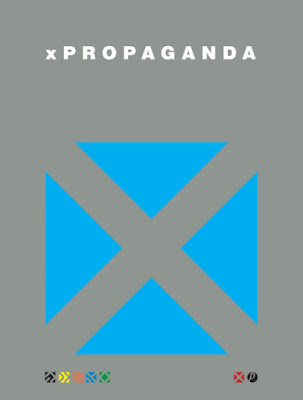 xPropaganda are original band members Claudia Brücken and Susanne Freytag and it was sure nice to see the ladies on stage again. They were also joined by album producer Stephen Lipson which was the cherry on the cake.

So why the gig? Maybe there’s yet another ‘new’ version of A Secret Wish being released. Ha, ha! Oh, wait… there is!

Sadly, the gig was a bit underwhelming though. I've seen Claudia Brücken perform these songs many times over the years and often much better. Maybe it was the venue, maybe it was the heat, or maybe that the songs only seemed to be performed as their album versions (with few nods to the live setting.) We just weren’t blown away like we knew we could be.

Maybe the 40th Anniversary release will be better (!)

Great to see them though.

(The support act Ekkoes where fabulous though. Especially their cover of Laura Branigan's Self Control)