Another eventful day out for Andy, Tim and I. First we took the train to Jerez (pronounced ‘sherry’ to you and me) and then on to Cadiz. The former was lush, the later moist.

Having now been to Jerez we now know that that’s where all sherry comes from. It’s a protected designation of origin tipple. So if it ain’t from Jerez (or surrounding town) it ain’t sherry.

That said, not everyone likes sherry of course. It’s that sweet thing that women drink, right? Well, yes and no. Sherry can be dry, sweet, aromatic, and much in between. It’s a fortified wine. But still a wine. Much dismissed as an old ladies snifter or something you put in trifles. But after our tour, we beg to differ. We sampled all sorts of sherries. And it turns out you can drink it as you would any wine, on its own or with just about any food.

And after the Lustau sherry tour we experienced I’d challenge anyone to not be a fan. Isobella was a great guide and the sherries we sampled were superb.

Not that we bought any at the shop at the end if tour mind you. Stuart would have killed me.

After Jerez we headed further towards the coast to the beautiful city of Cadiz. After a false start at the university to found ourselves in the port city. Sadly it was raining gatos and perros though so we headed to a beer hall to sit it out before heading to a fast food place to stock up on carbs.

Then we ran for a fun two hour train trip back home to Seville.

Once home, we decided to venture out to experience some of Seville’s night life. The bars and the streets were positively jumping. Crowds of good looking folks all chatting, laughing, smoking, and boozing. Wow, what a buzz!

We happen upon a gay bar that was having its opening night event called Pride B4r. No, I didn’t understand the ‘4’ either. €8 to get in but that gets you two beers.

The place was compact with a small stage (drag appeared later) and soon started to fill up. By 1am it was packed. Mainly men, mainly bearded, mainly good-looking. We got chatting to some of the locals who all seemed really friendly. One rather handsome guy was doing his best to chat me up. I was flattered of course and rather amused. Not been chatted up in years! Tim and Andy looked on in fits of giggles. Bless him I had to let him down easy in my broken Spanish. “Yo tengo novio”, seemed to do the trick. But full marks for trying though. “Next time you’re in London…” etc.

As we walked away from the guy Tim said to me in a stage whisper, “Still got it, Jono!”

At 2am we three moved on to another bar for more beers and a slightly less excitable clientele.

Home by 3am for toast and more giggling it had been a super day. Sherry, rain, and unexpectedly entertaining nightlife. 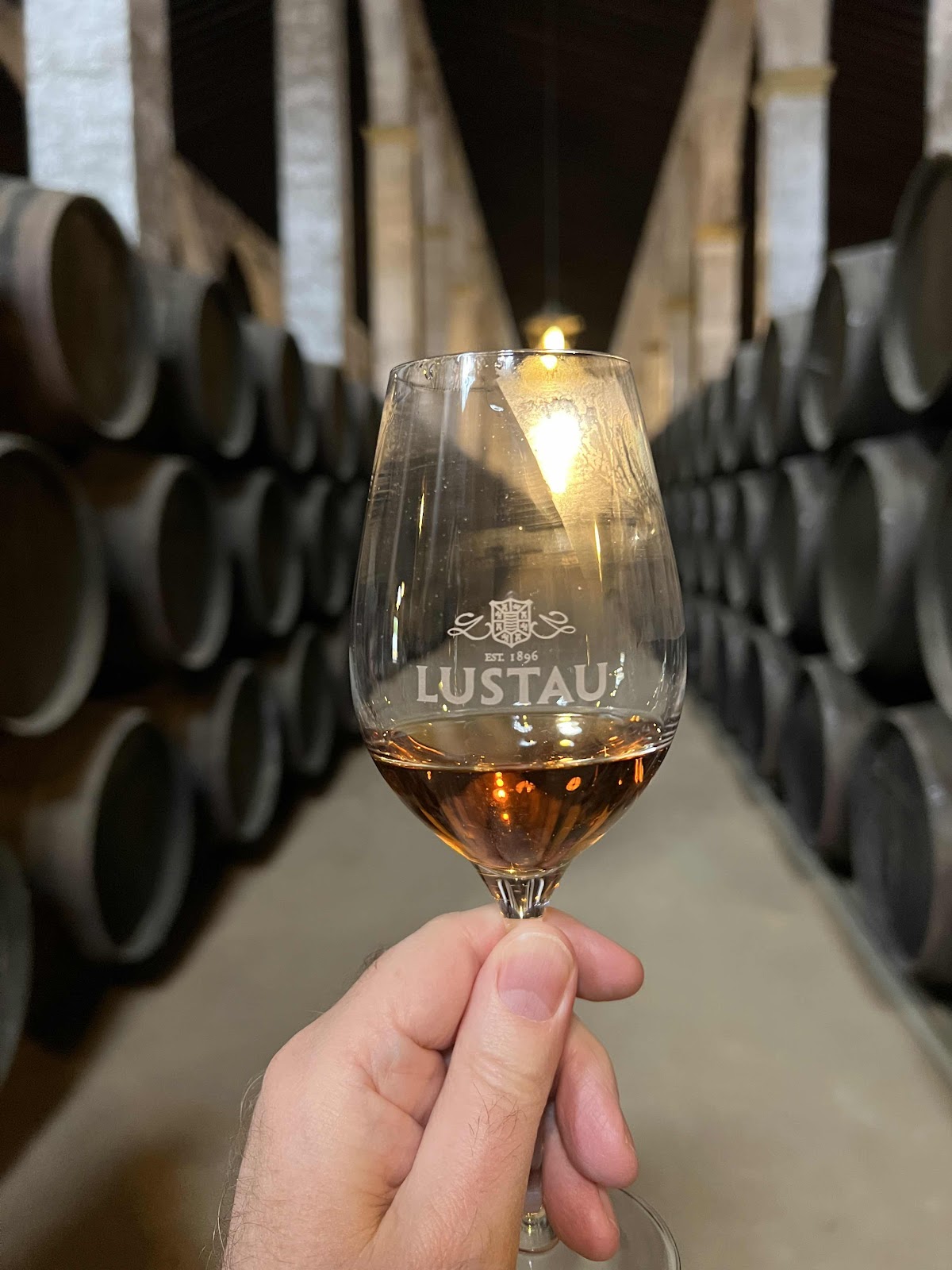 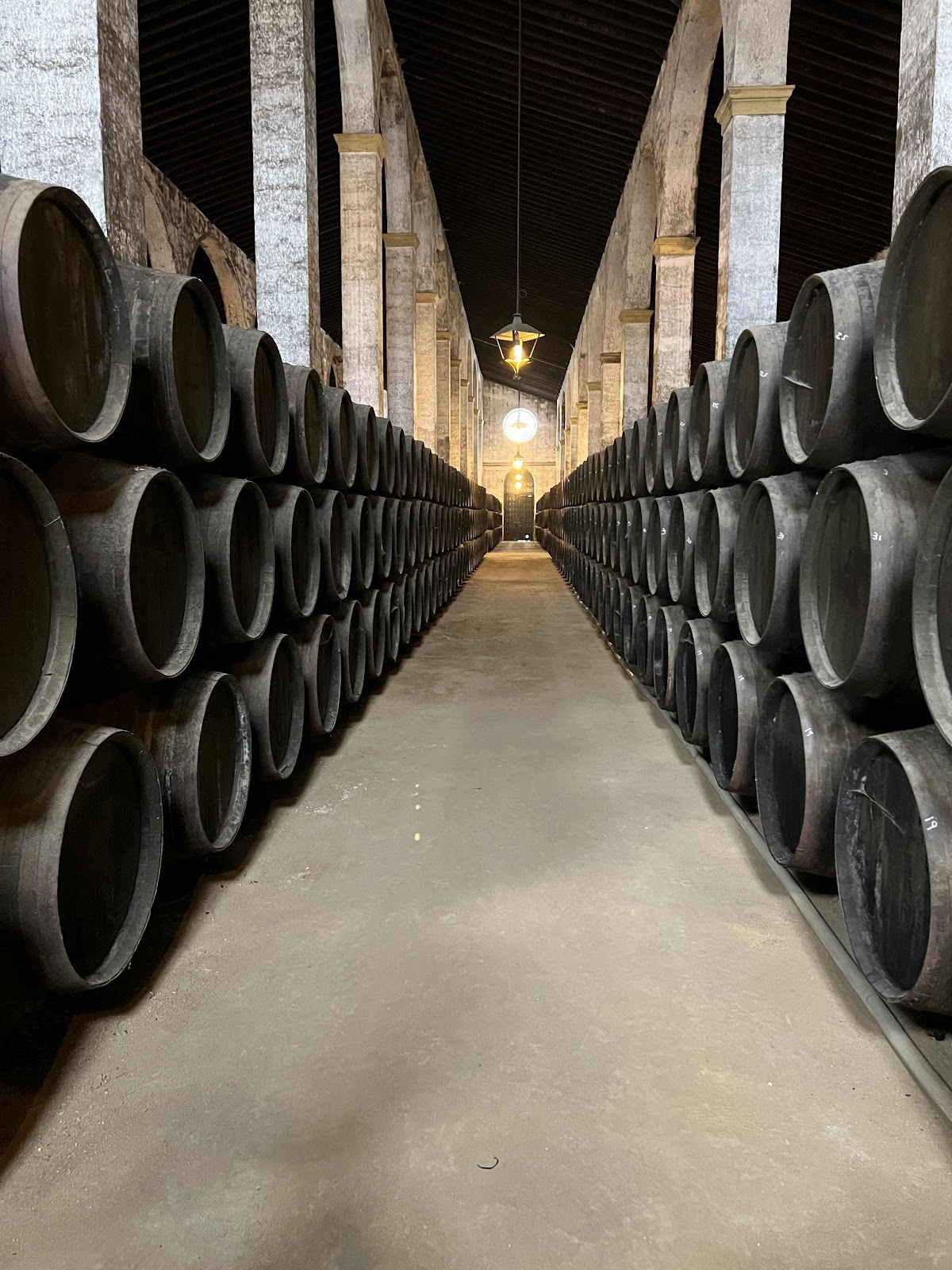 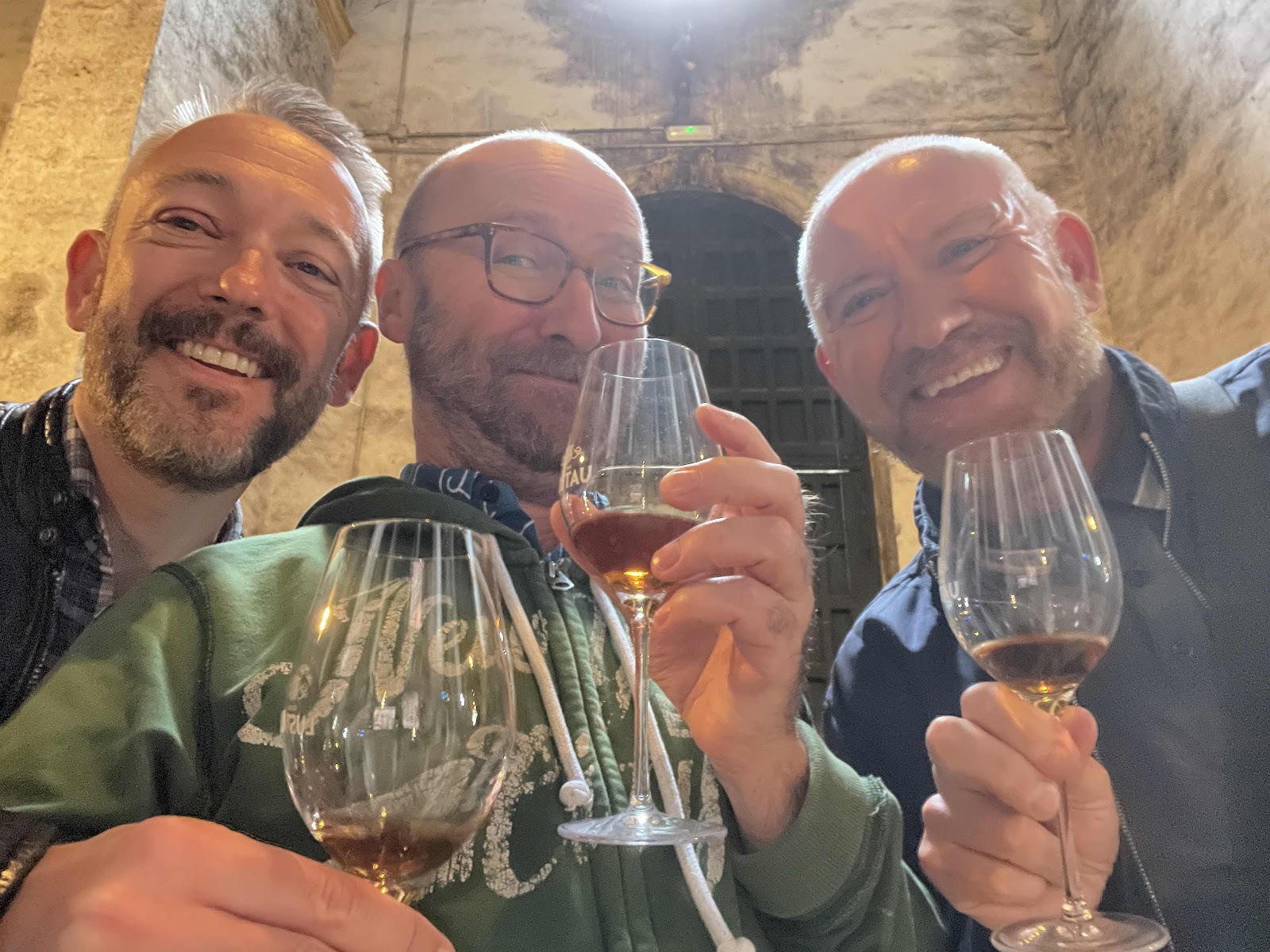 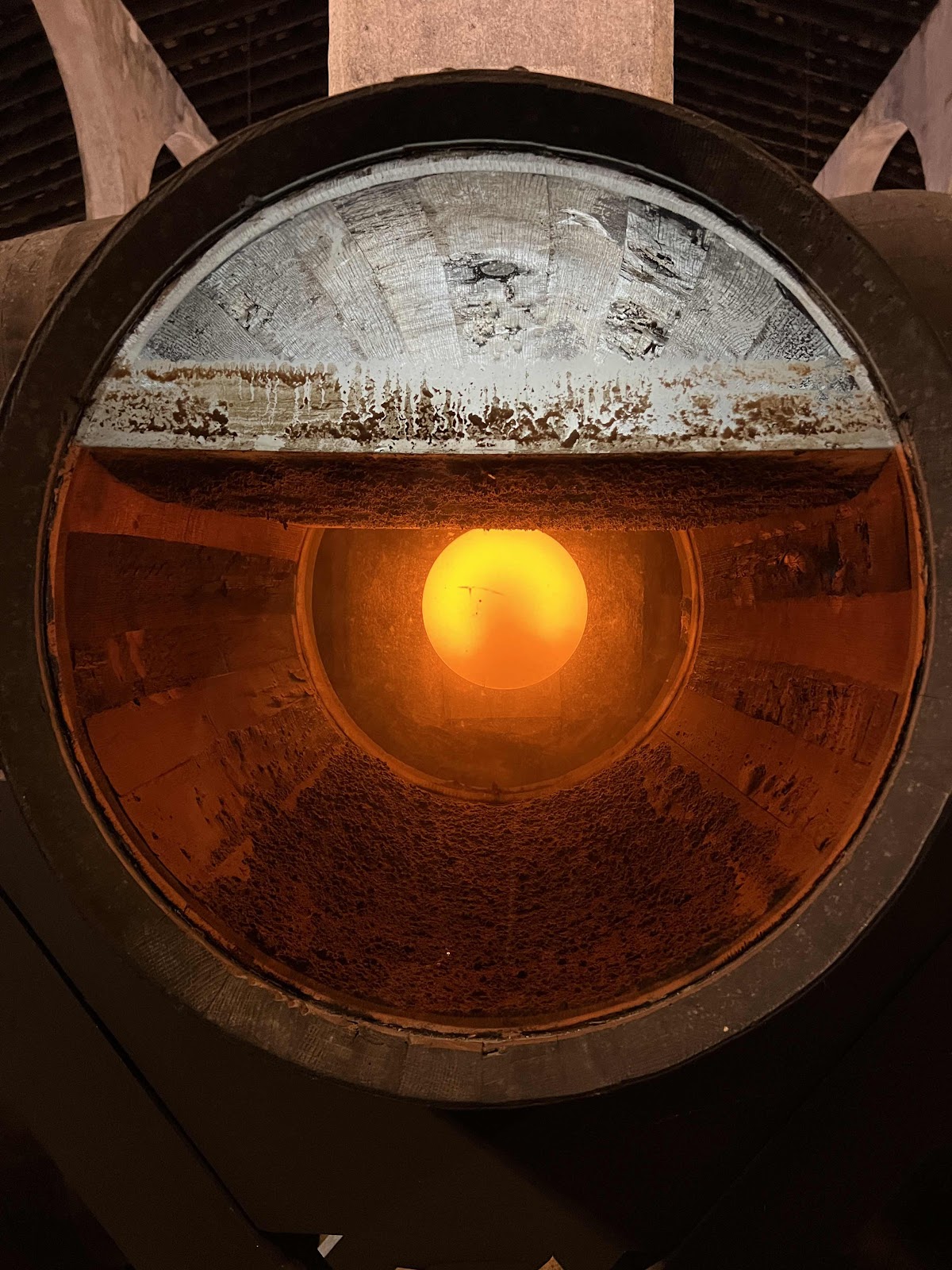 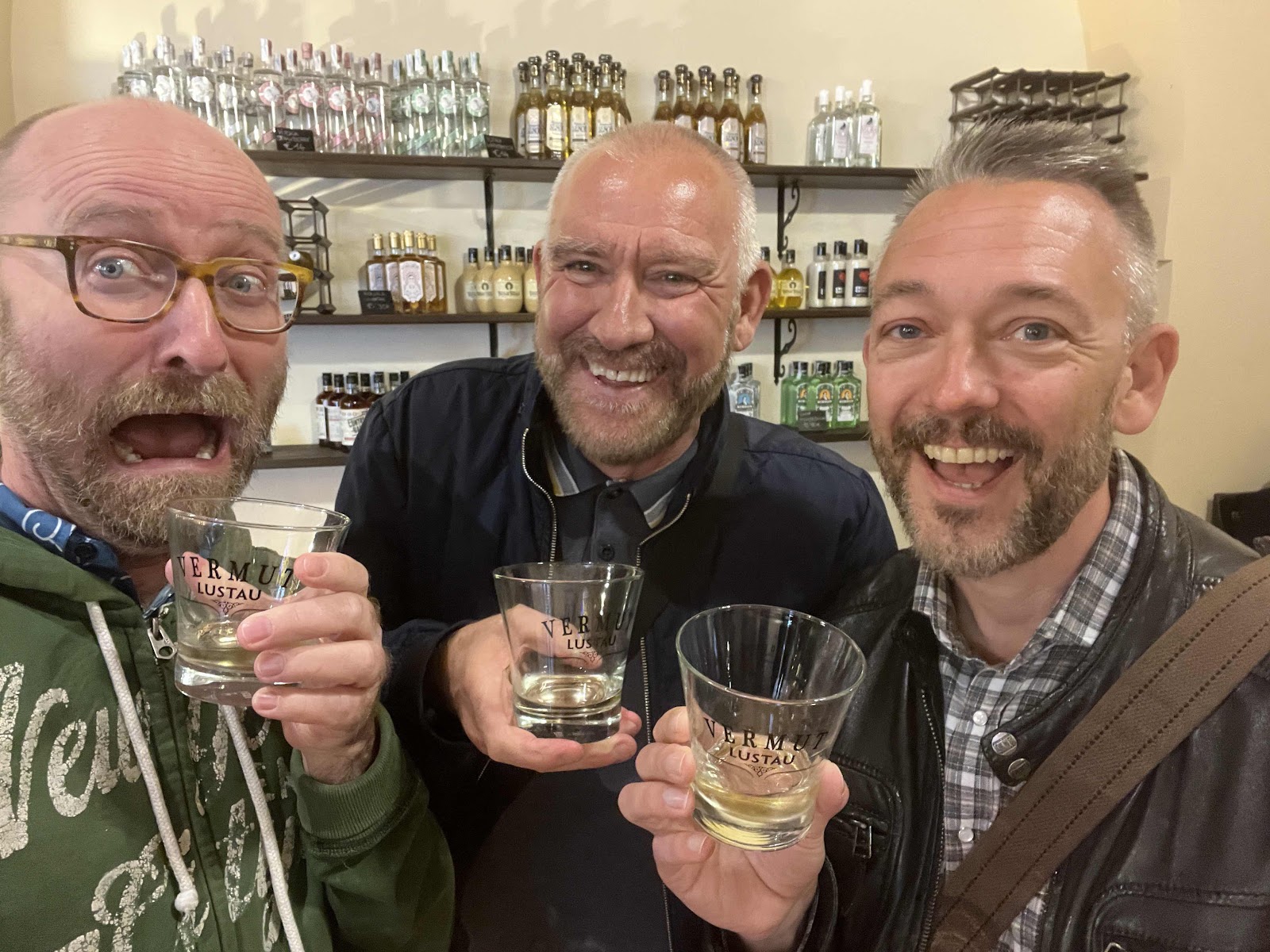 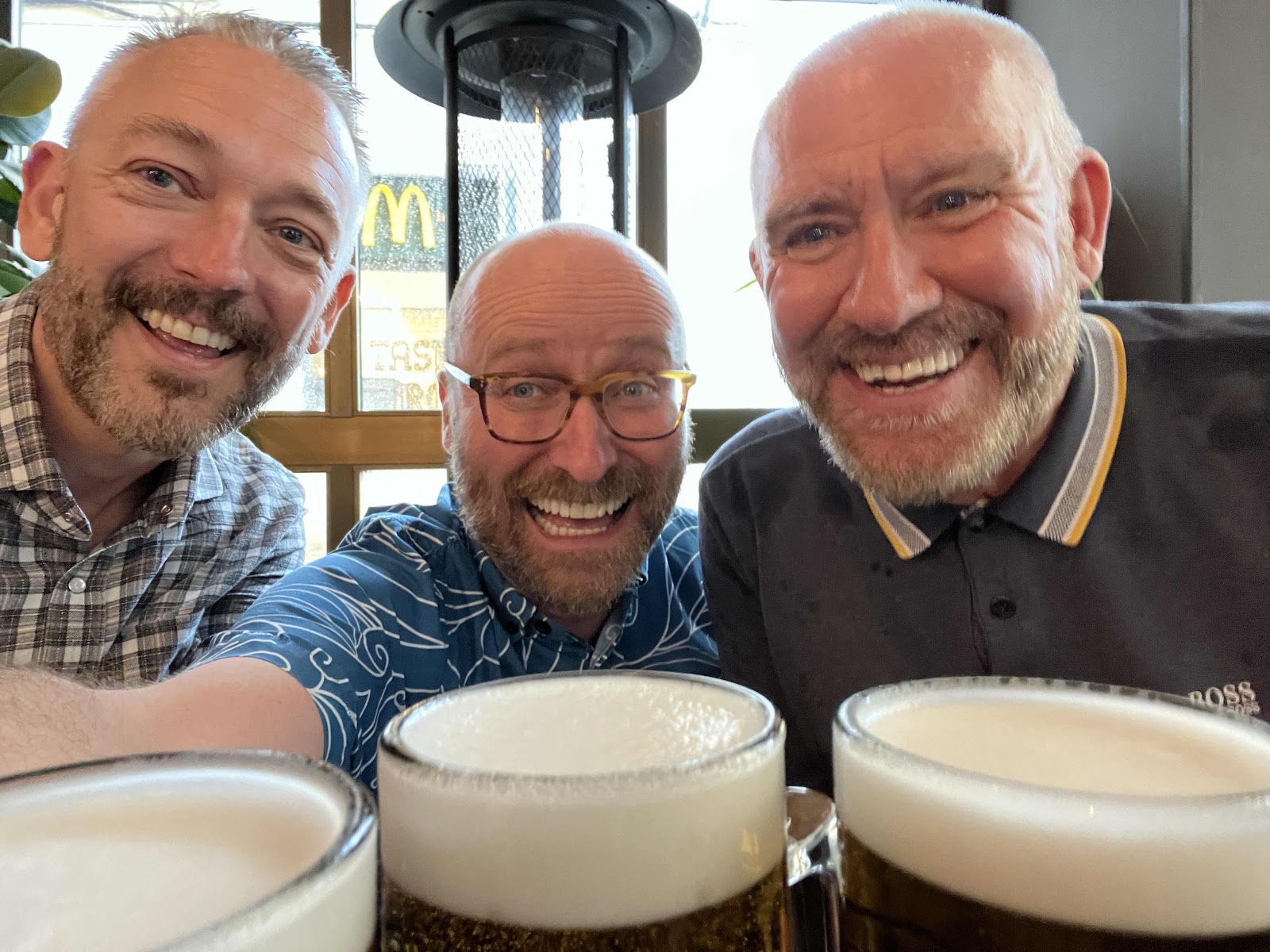 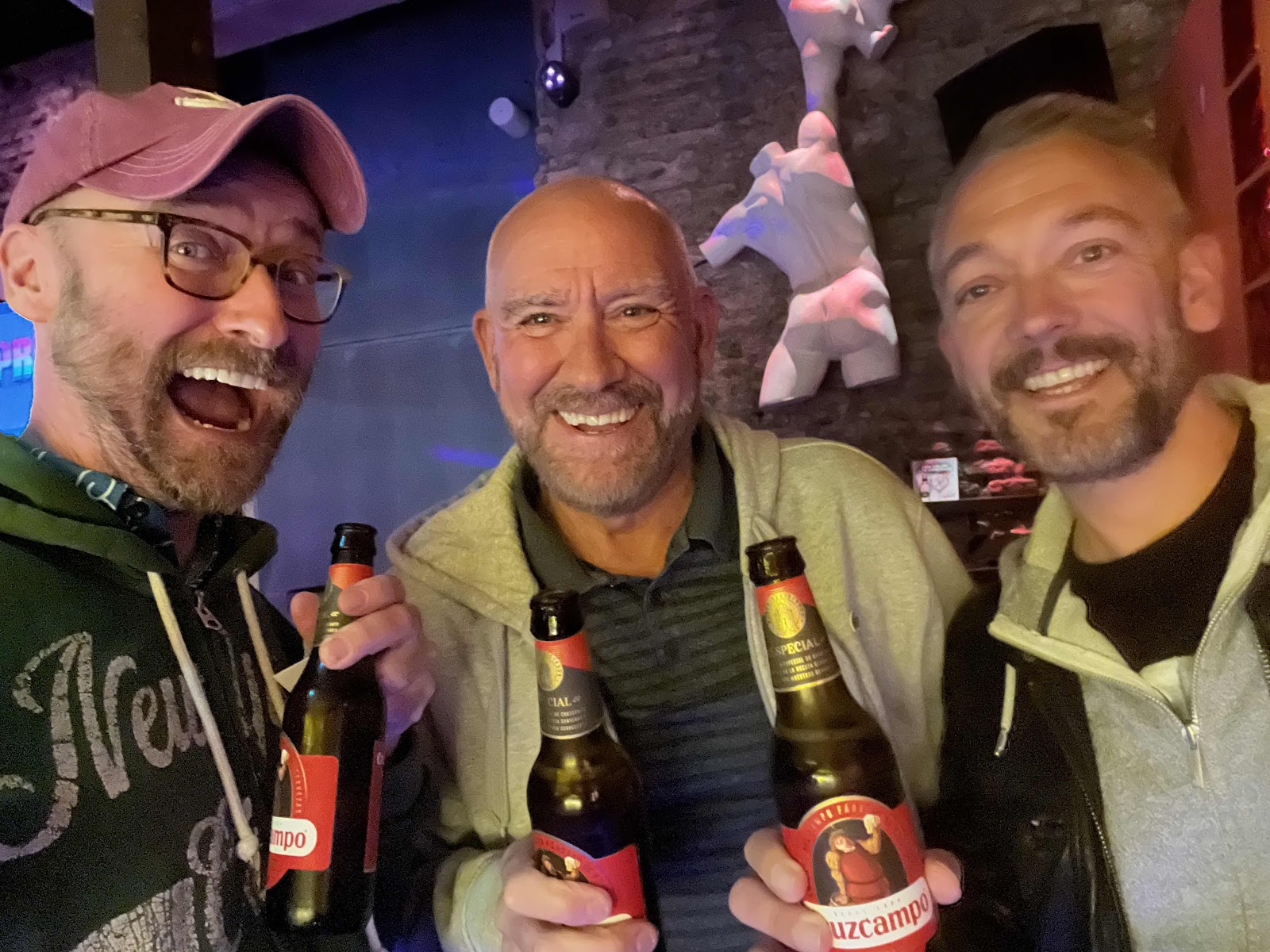 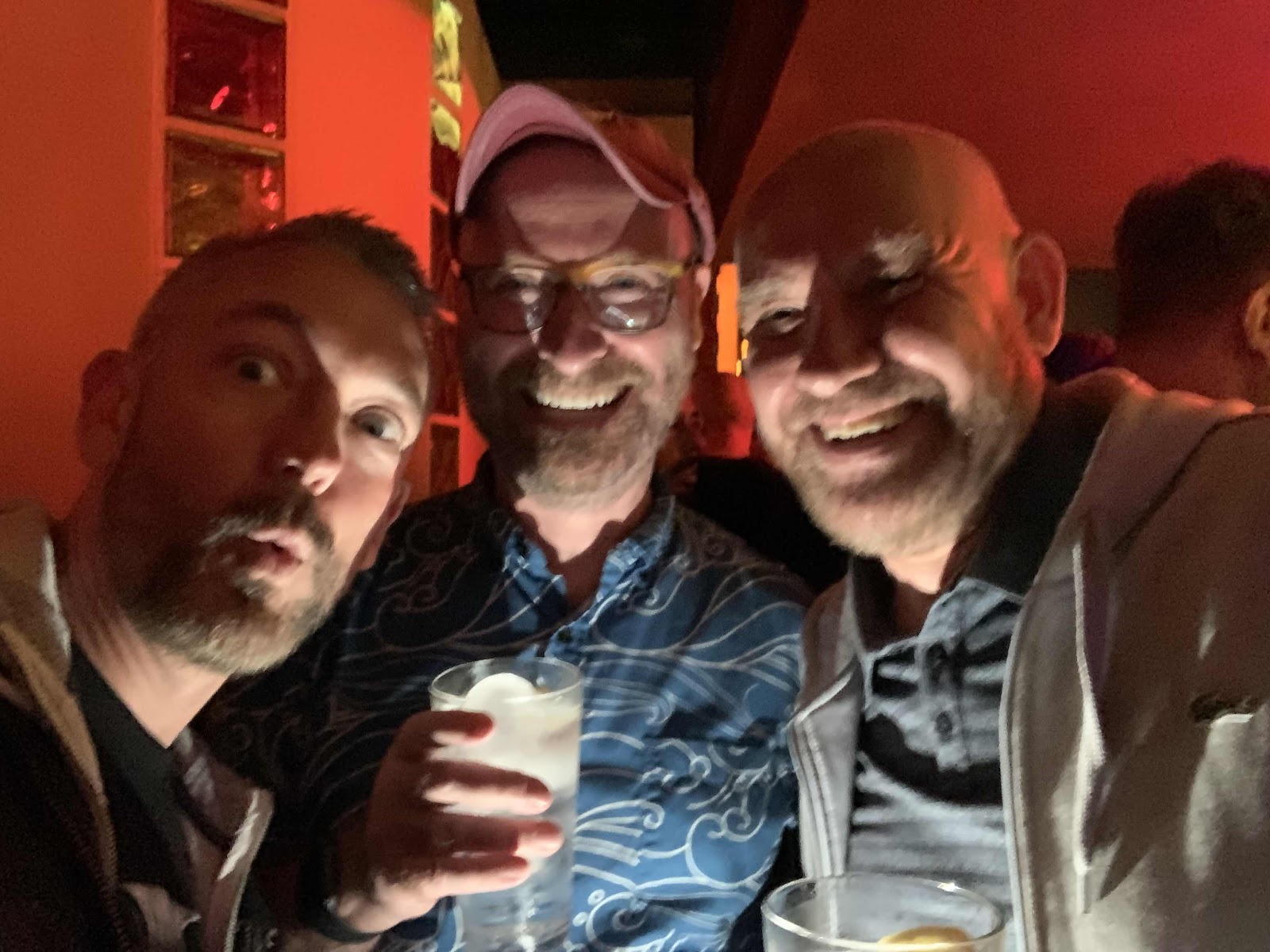 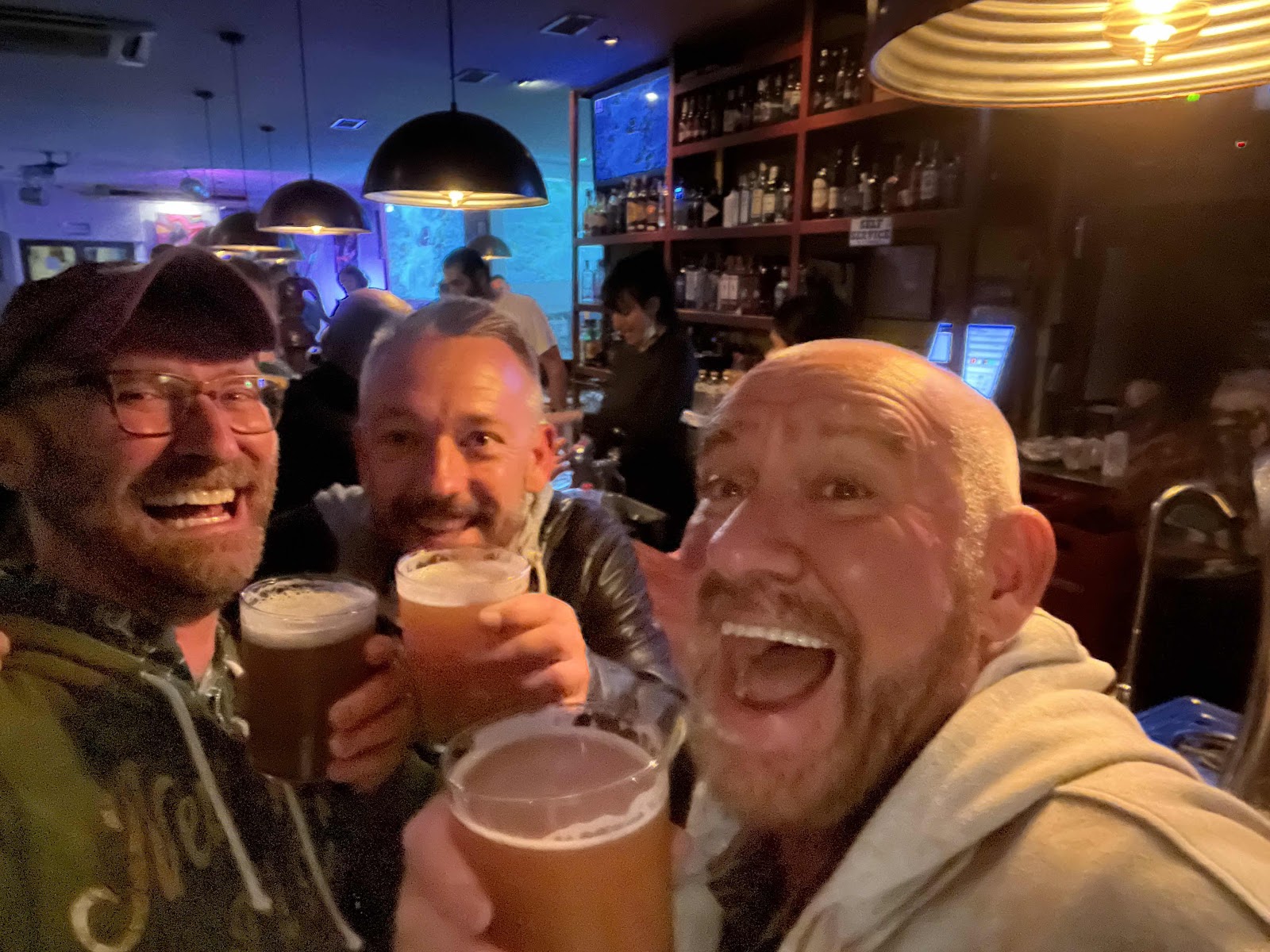 Posted by overyourhead at Saturday, March 12, 2022