The other week Stuart and I went to see the rather lovely Kit Harington take on the role of the rather less than lovely Henry V at the Donmar Warehouse in London's glitzy West End.

Henry V opens with a burst of energy at a nightclub with a worse for wear party prince. It's a scene lifted from Henry IV part 2 and is an important reminder of Henry V's past and subsequent transformation into a serious king. Melissa Johns (Mistress Quickly), David Judge (Nym), Danny Kirrane (Pistol), Steven Meo (Falstaff), and Claire-Louise Cordwell (Bardolph) are all great.

This is a powerful production. Kit Harington plays Henry with much nuance, sometimes quiet and considered perfectly highlighting the character's complex and often contradictory nature. 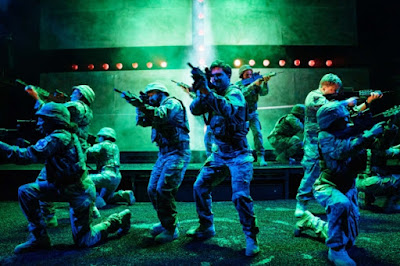 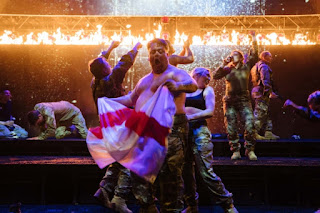 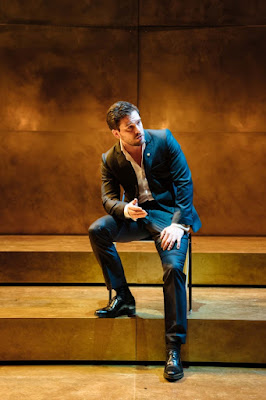 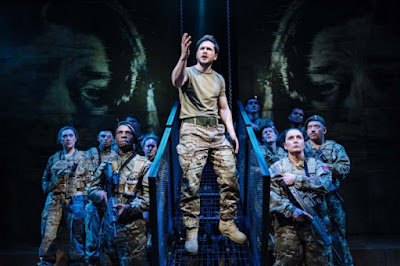 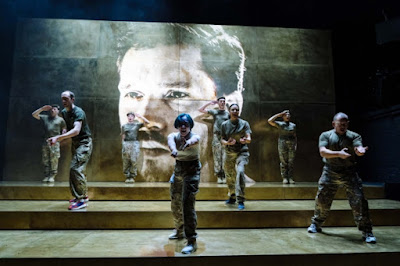 Posted by overyourhead at Wednesday, March 02, 2022