Fresh as daisy today I was up early and, after a lovely breakfast prepared by Andy, hit the tourist trail. The boys had given me some great tips and I mostly managed to not get lost - but met up with them throughout the day for some much needed reorientation, some tapas, and a few counterintuitively disorienting drinkies. Oh well. When in Seville.

But I’m getting ahead of myself. The drinks came later. First off I headed to the resplendent epic that is Catedral de Sevilla with its cavernous arches and stunning gold altar pieces. Christopher Columbus has his tomb there and it’s a marvel of elegance and design.

Attached to the cathedral is the massive La Giralda tower. And it’s high. Very high. But great views from the top.

Then I met the boys for a wander around the rather lovely Palacio de la Condesa de Lebrija with its mosaics and history and shit. Great courtyards and all that but it didn’t impress as much as what was to come later that day.

As it was noon somewhere it was time for a pitstop so we three all went for…. Beers. Then tapas (and more beers). A Sevillian staple diet.

No, the really impressive place for mosaics and much else besides was the Royal Alcázar of Seville where I headed to post-tapas. It’s huge. It’s beautiful. It has stunning arches, fountains galore, pristine gardens, beautiful courtyards, a maze, peacocks, mosaics to die for, and all in that lovely shade of terracotta that so richly complimented the bright green of the orange trees that littered the grounds. It was fab.

Well, then it was almost cocktail hour so I met up with boys once again and we headed skyward to the roof top bar Pura Vida Terraza for a Long Island Iced Tea and a lovely sunset view over the cathedral. Gorgeous (the company, the booze and the view).

On the way back home for a sumptuous supper cooked by Tim we stopped off to have one for the road at another roof top bar The Corner House.

A tiring day. But a fab one. 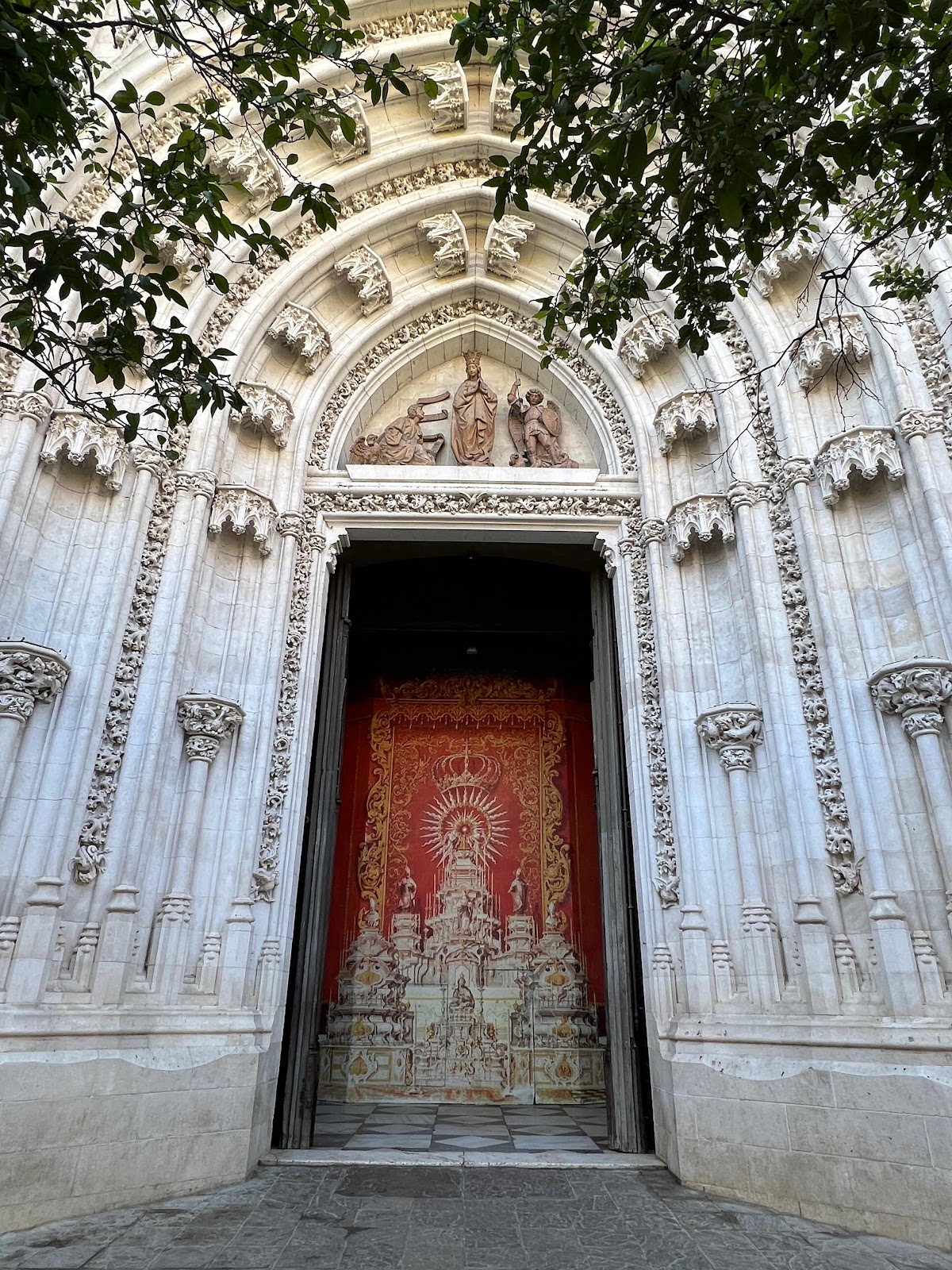 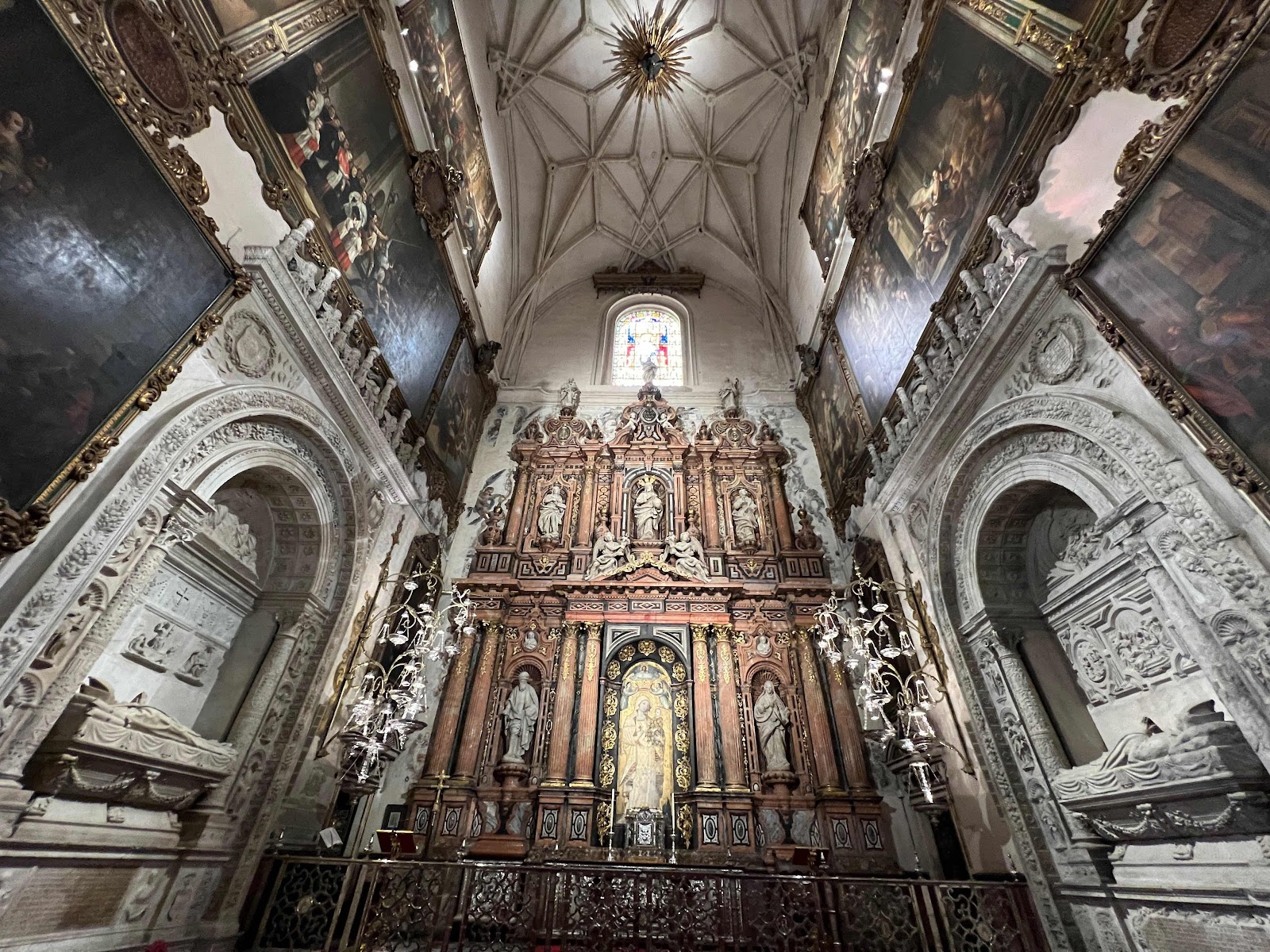 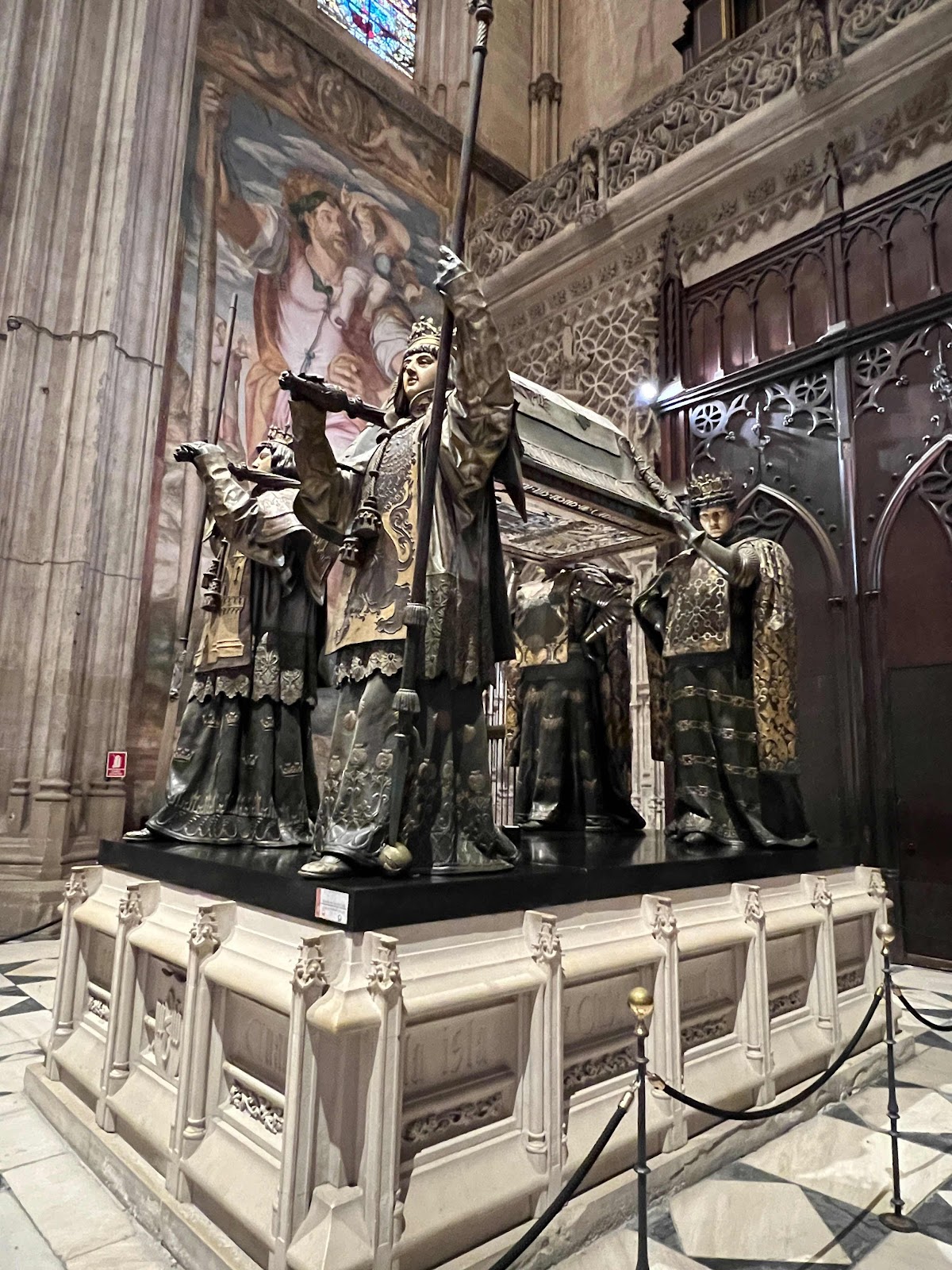 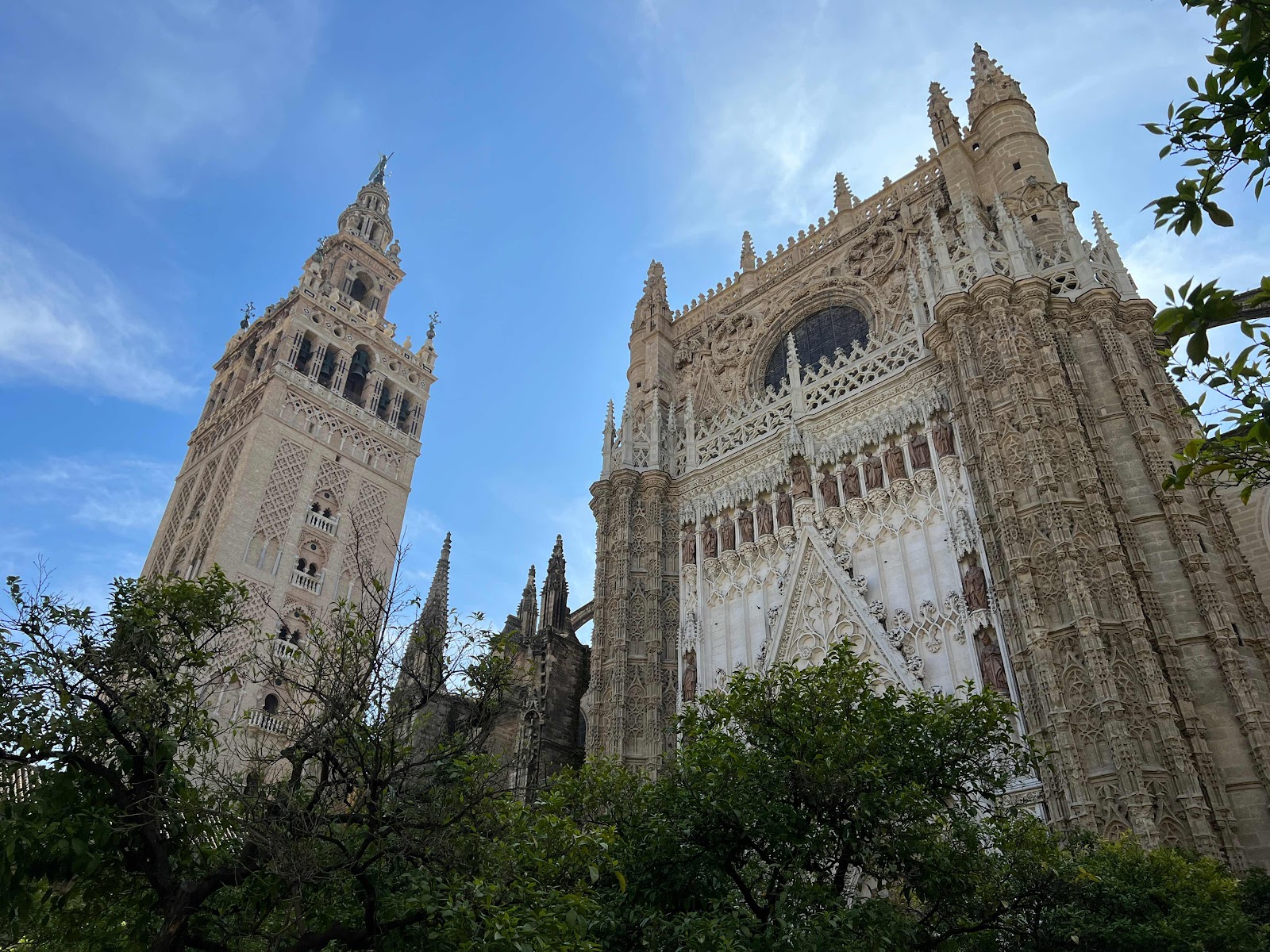 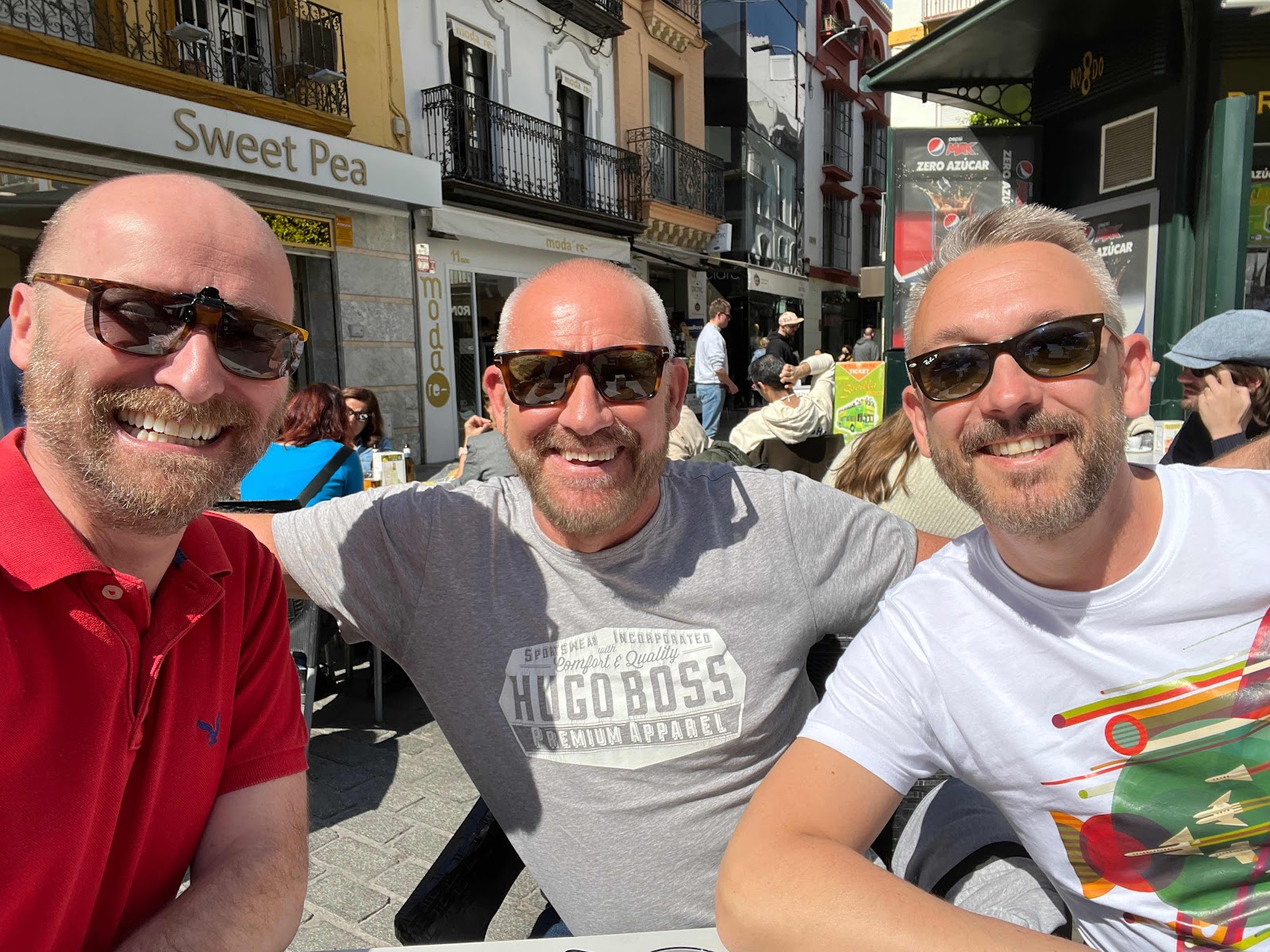 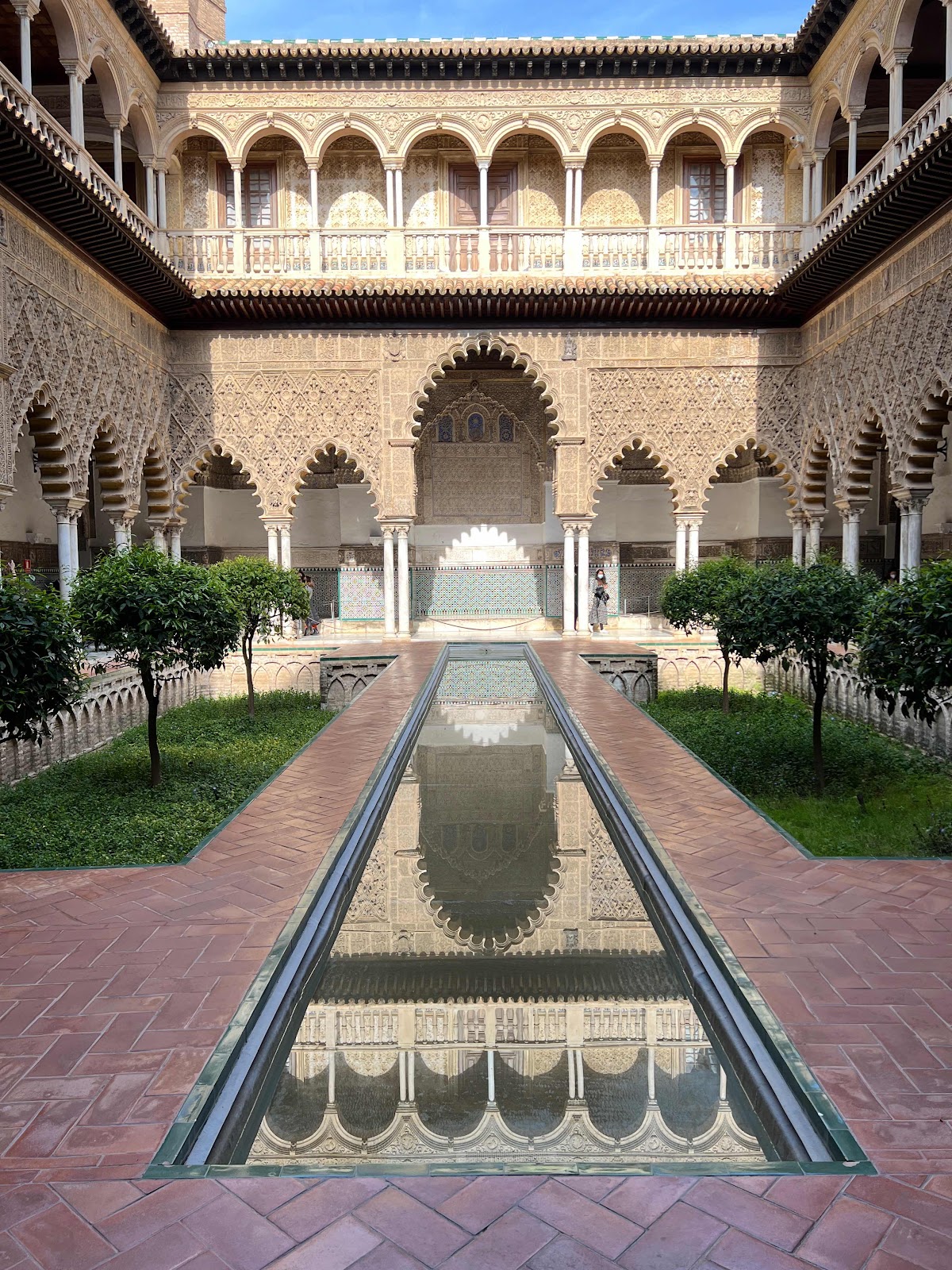 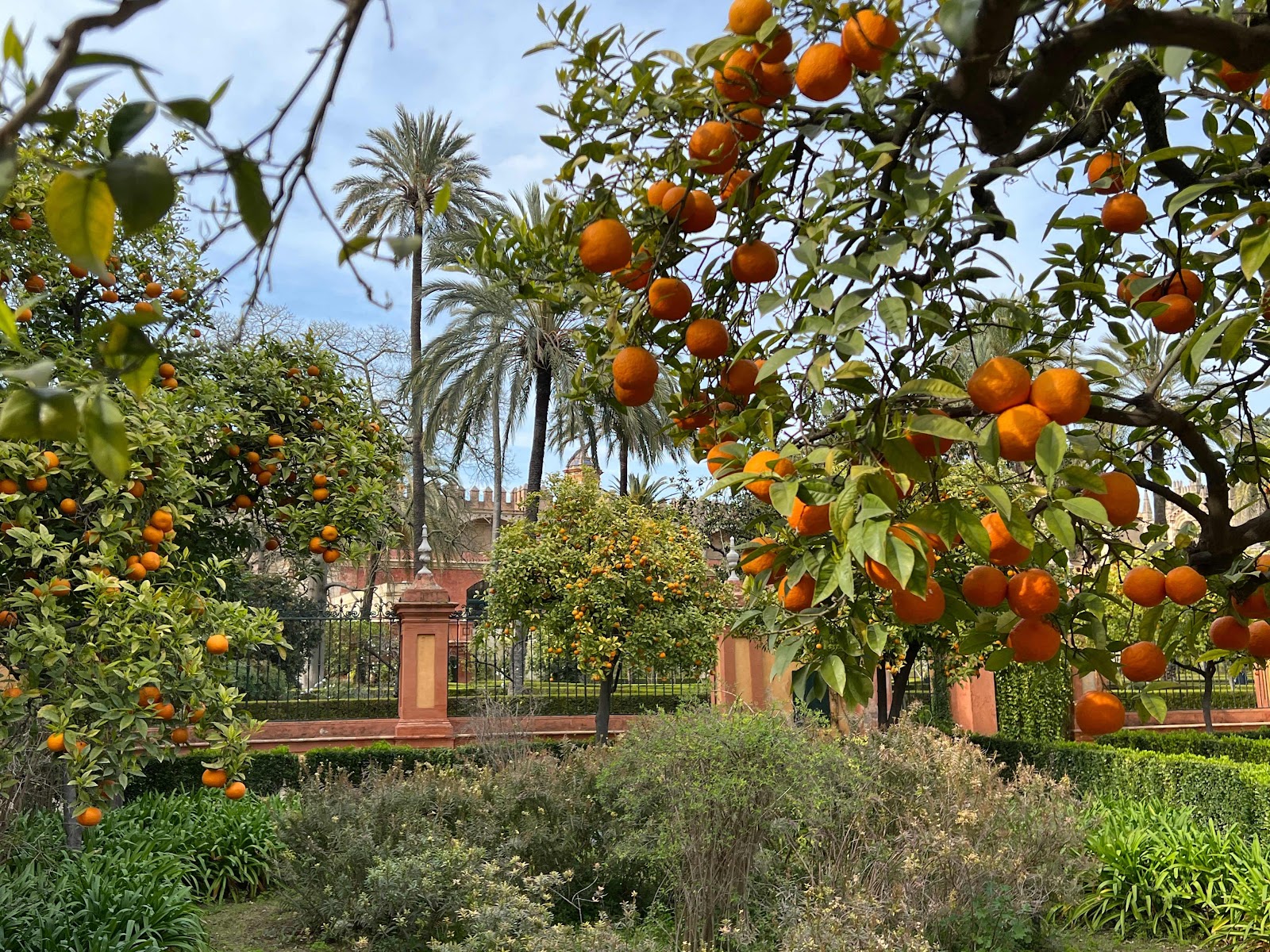 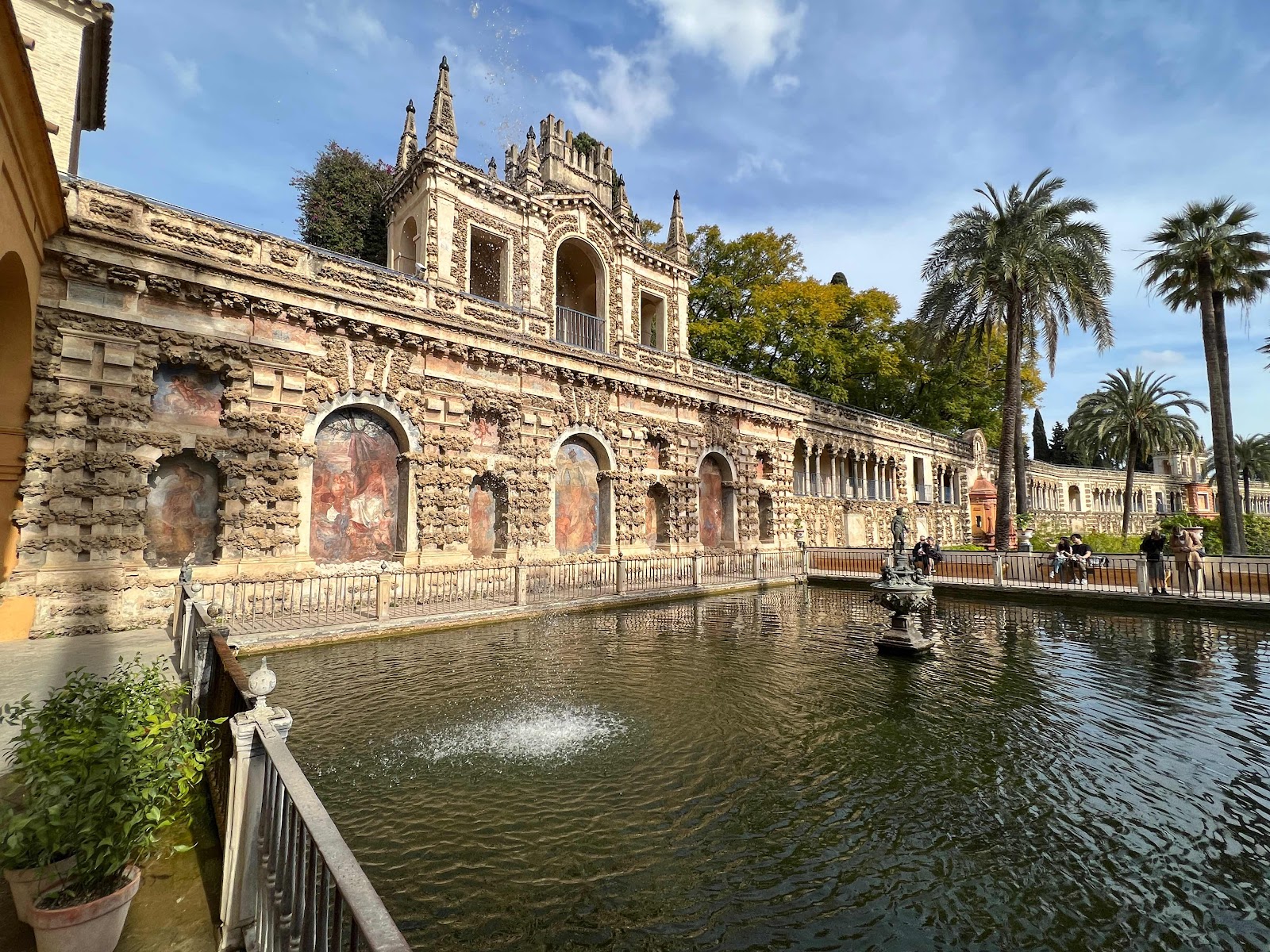 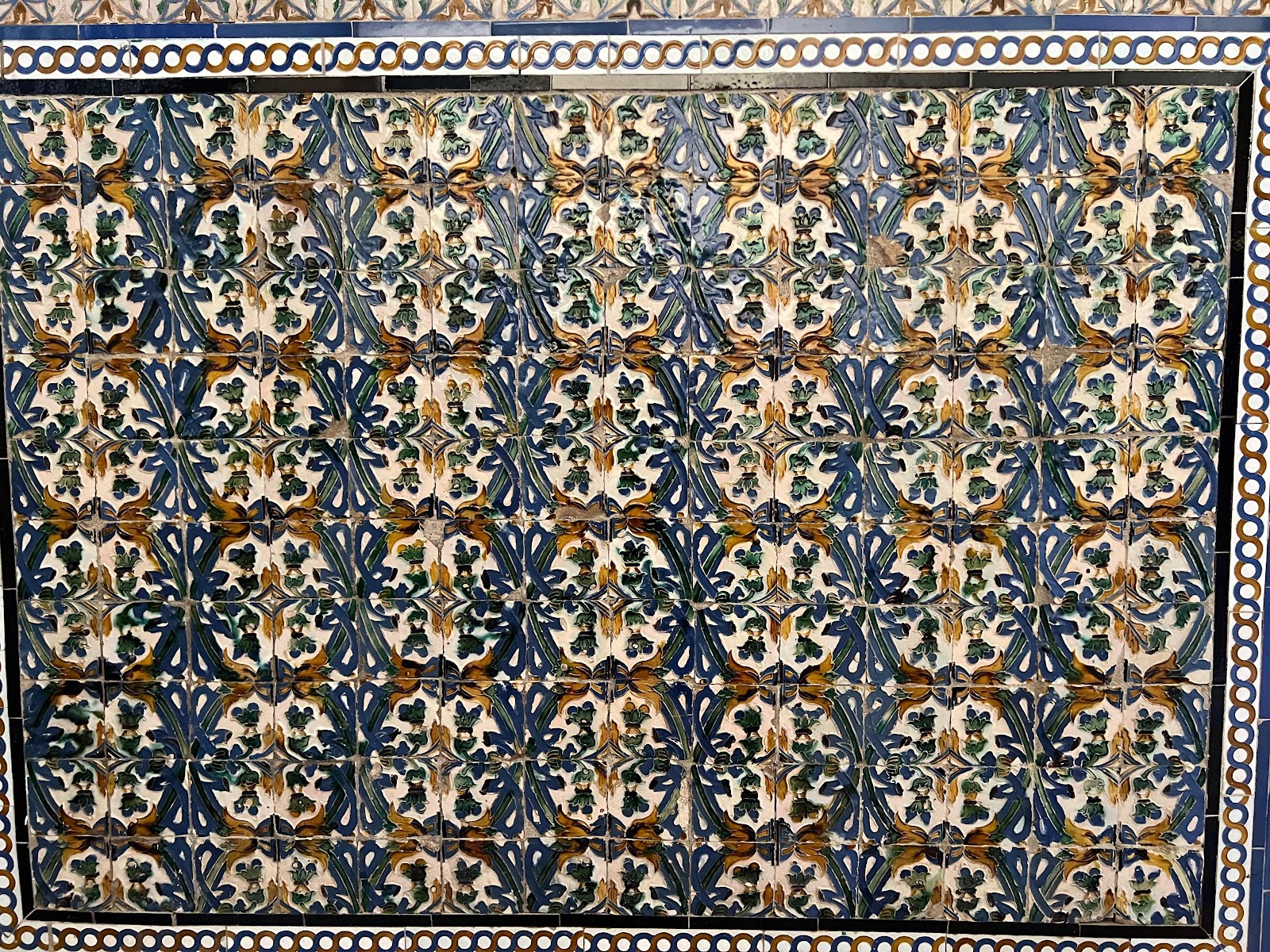 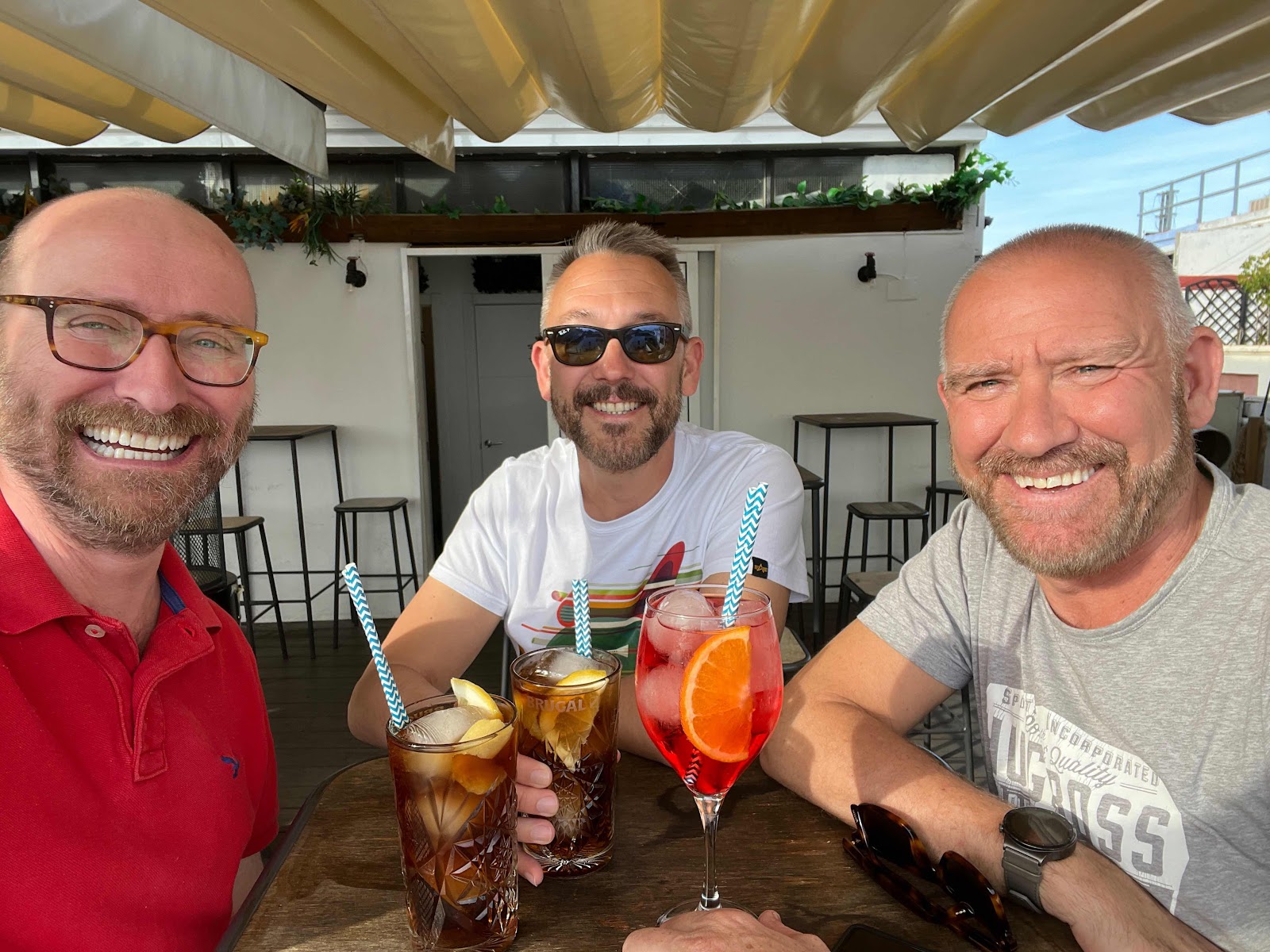 Posted by overyourhead at Thursday, March 10, 2022