Today Stuart, Andrew, Kevin and I found ourselves just outside the town of Kanchanaburi, which is 130 kilometres north-west of Bangkok, at the point where the river Kwai divides into two separate rivers; the Mae Khlong River and Kwai Noi River.
Why were we there? To see the infamous ’Bridge Over the River Kwai’ for sure, to visit the JEARTH War Museum too, but more importantly for me, at any rate, to visit the Chungkai War Cemetery.
The Chungkai War Cemetery is where my grandmother’s cousin Private John William Hodges is buried.
I wanted to go there to pay my respects to John’s place of rest.
The notorious Burma-Siam railway, built by Commonwealth, Dutch and American prisoners of war, was a Japanese project driven by the need for improved communications to support the large Japanese army in Burma. During its construction, approximately 13,000 prisoners of war died and were buried along the railway. An estimated 80,000 to 100,000 civilians also died in the course of the project, chiefly forced labour brought from Malaya and the Dutch East Indies or conscripted in Siam (Thailand) and Burma (Myanmar). Two labour forces, one based in Siam and the other in Burma worked from opposite ends of the line towards the centre. The Japanese aimed at completing the railway in 14 months and work began in June 1942.
John didn’t see the completion of the line though. Like many of his fellow comrades he was one of the 13,000 who died - in his case on 29th December 1942. He was aged 33. John had only married his sweetheart Theresa Houlding earlier that year right before his deployment to Singapore where he had been captured.
John has been held at the Chungkai Japanese POW camp which was one of the base camps on the railway and contained a hospital and church built by Allied prisoners of war.
I don’t know exactly how John died but it was probably of malaria. That is how most of the prisoners died as the tough jungle conditions near the construction route near the bridge offered little protection from the mosquitoes. The prisoners suffered terrible malnutrition and prisoners of war were never really offered any medication should they fall ill. They were simply taken to the hospital where they were tended as best the other Allied prisoners of war could manage. They didn’t stand a chance really.
Chungkai War Cemetery is the original burial ground started by the prisoners themselves, and the burials are mostly of men who died at the hospital. There are now 1,426 Commonwealth and 313 Dutch burials of the Second World War in this cemetery. The cemetery was designed by Colin St Clair Oakes.
It was very moving and I’m so pleased I went. 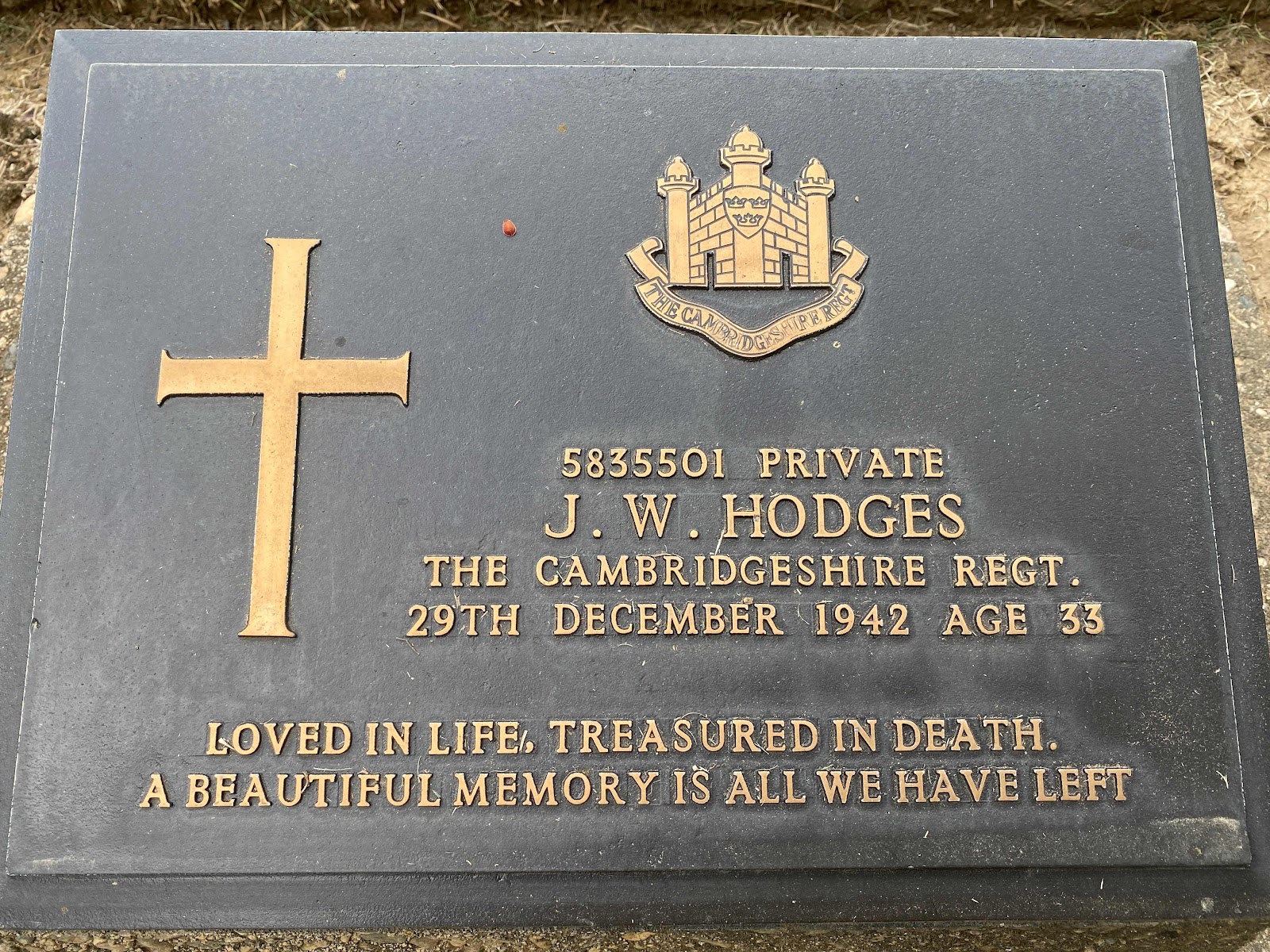 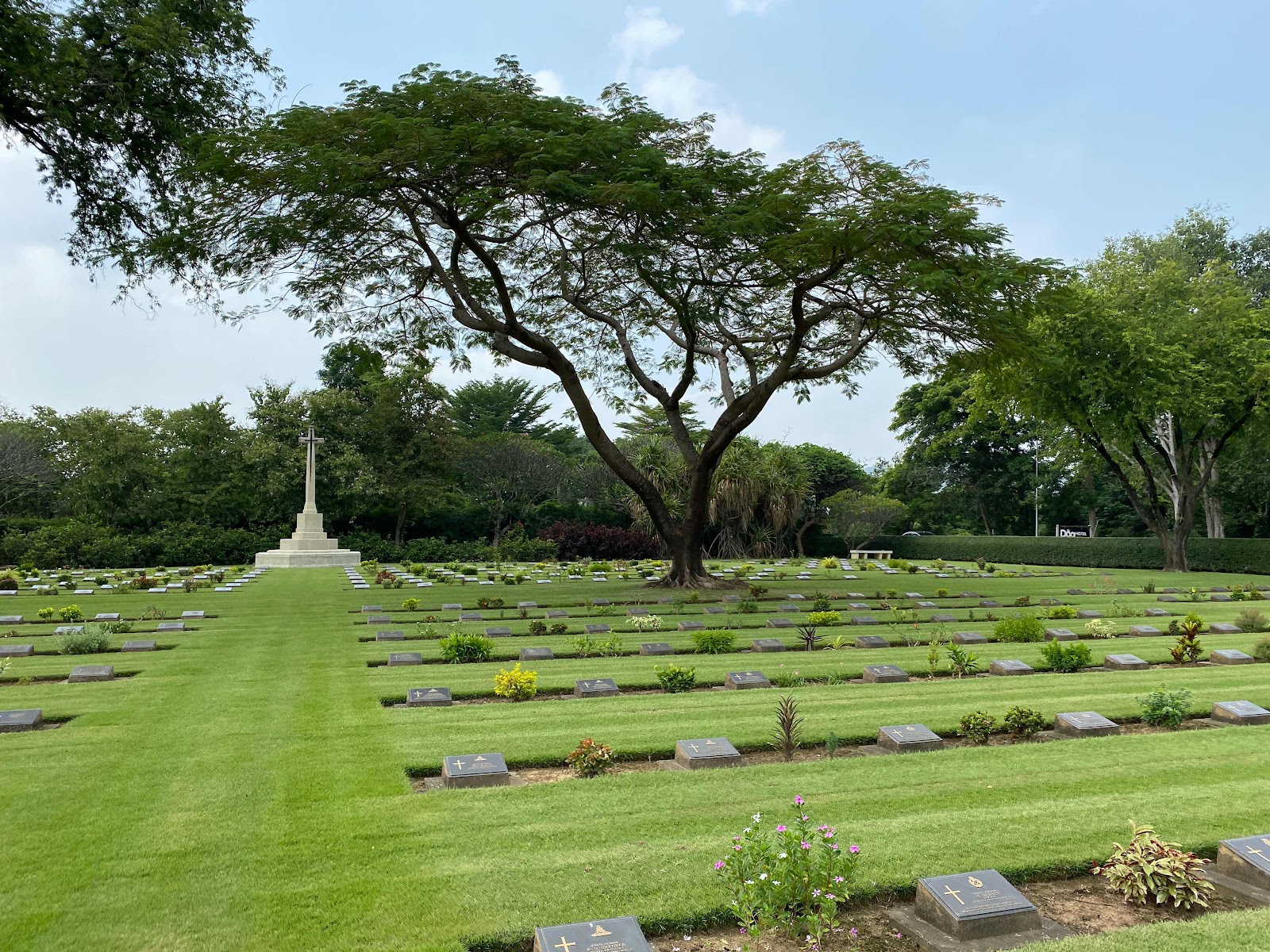 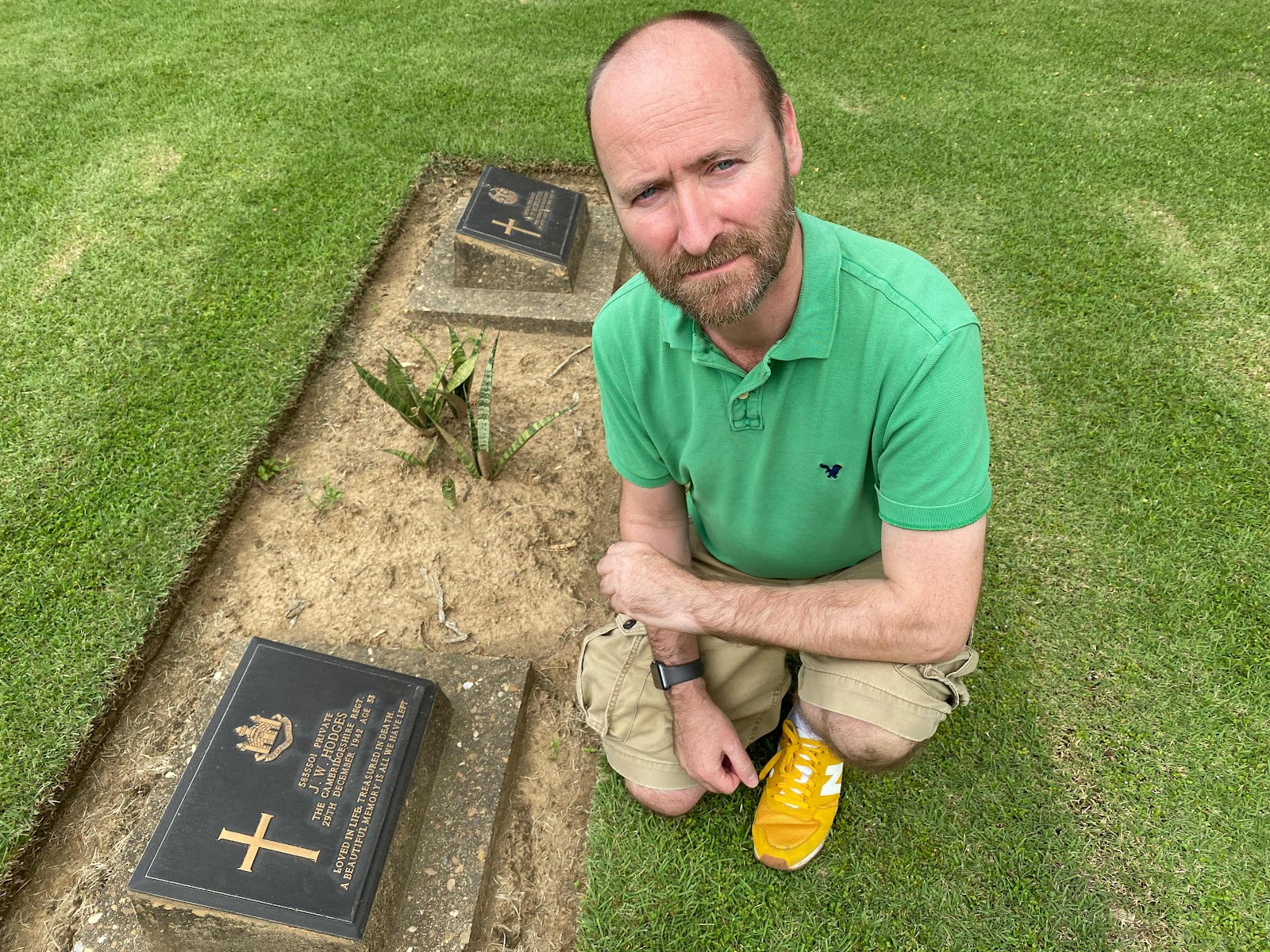 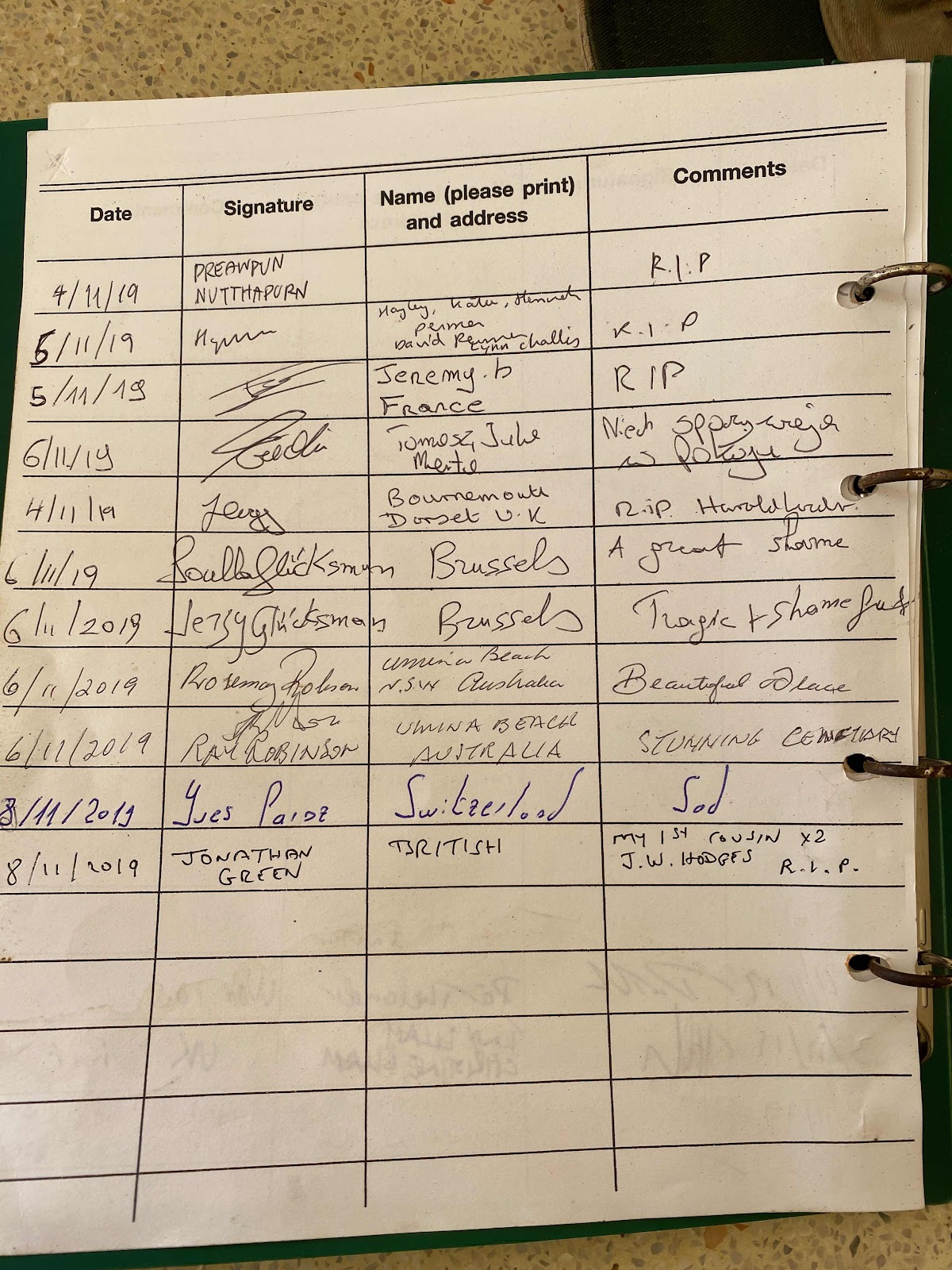 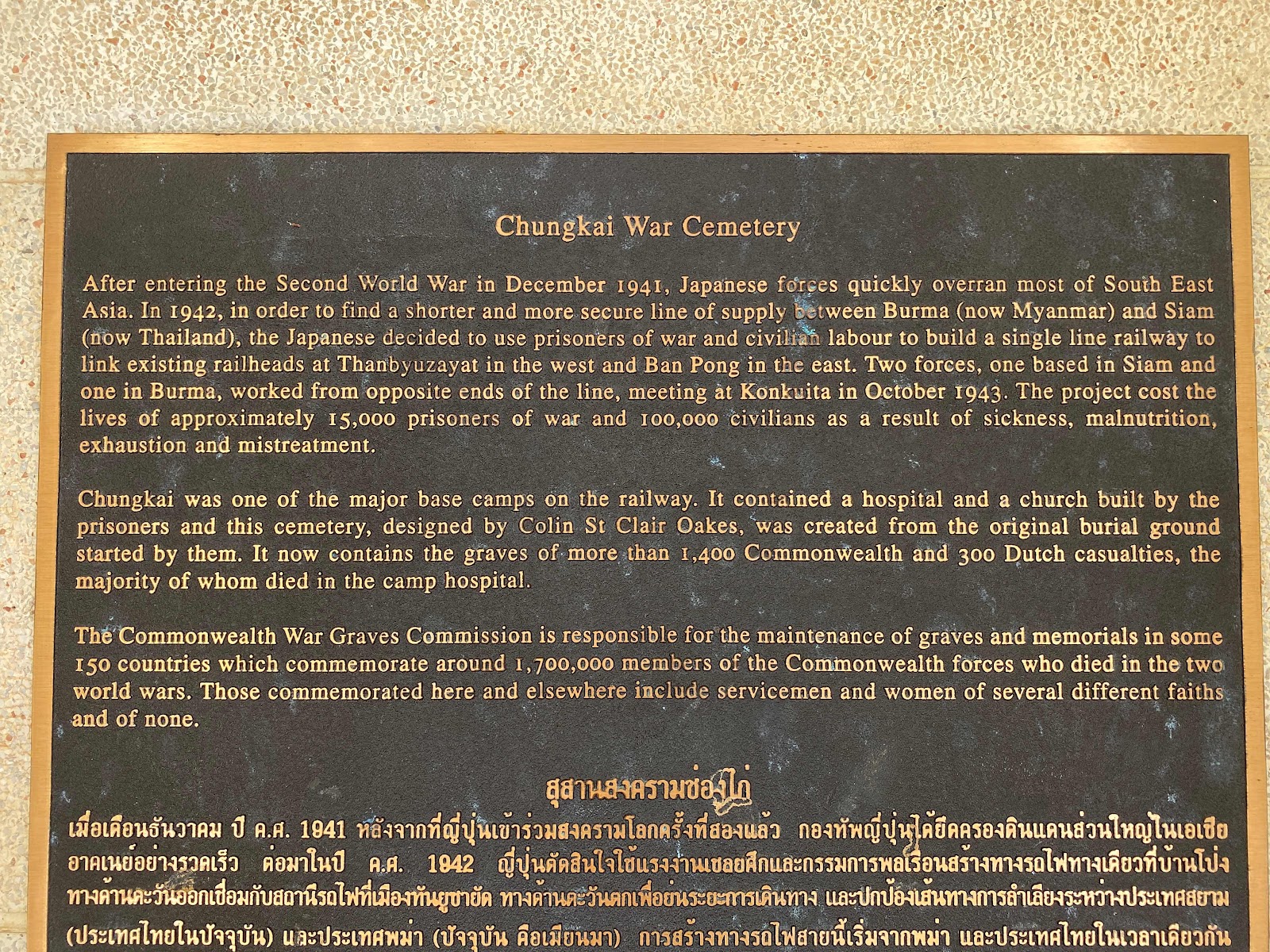 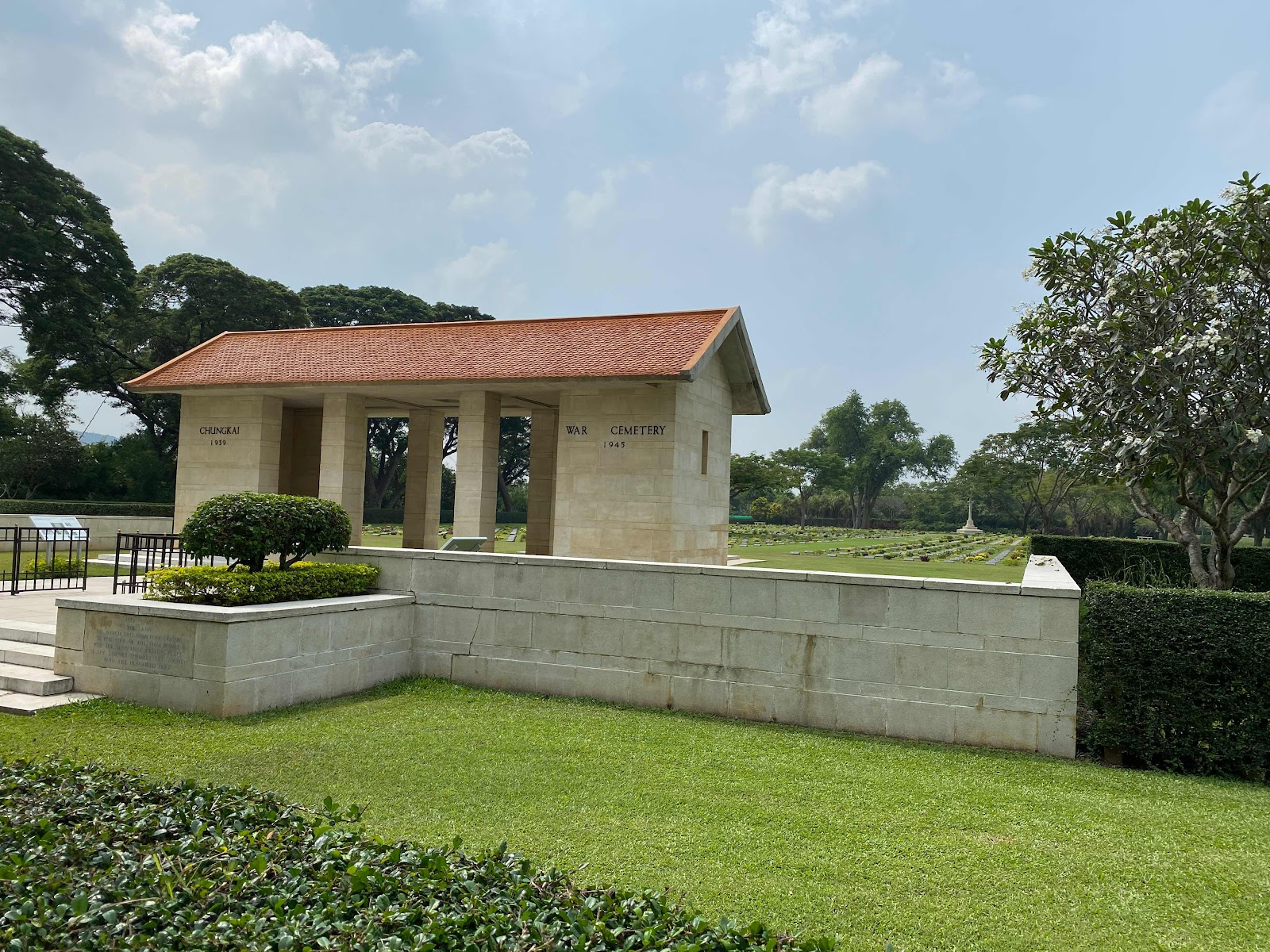 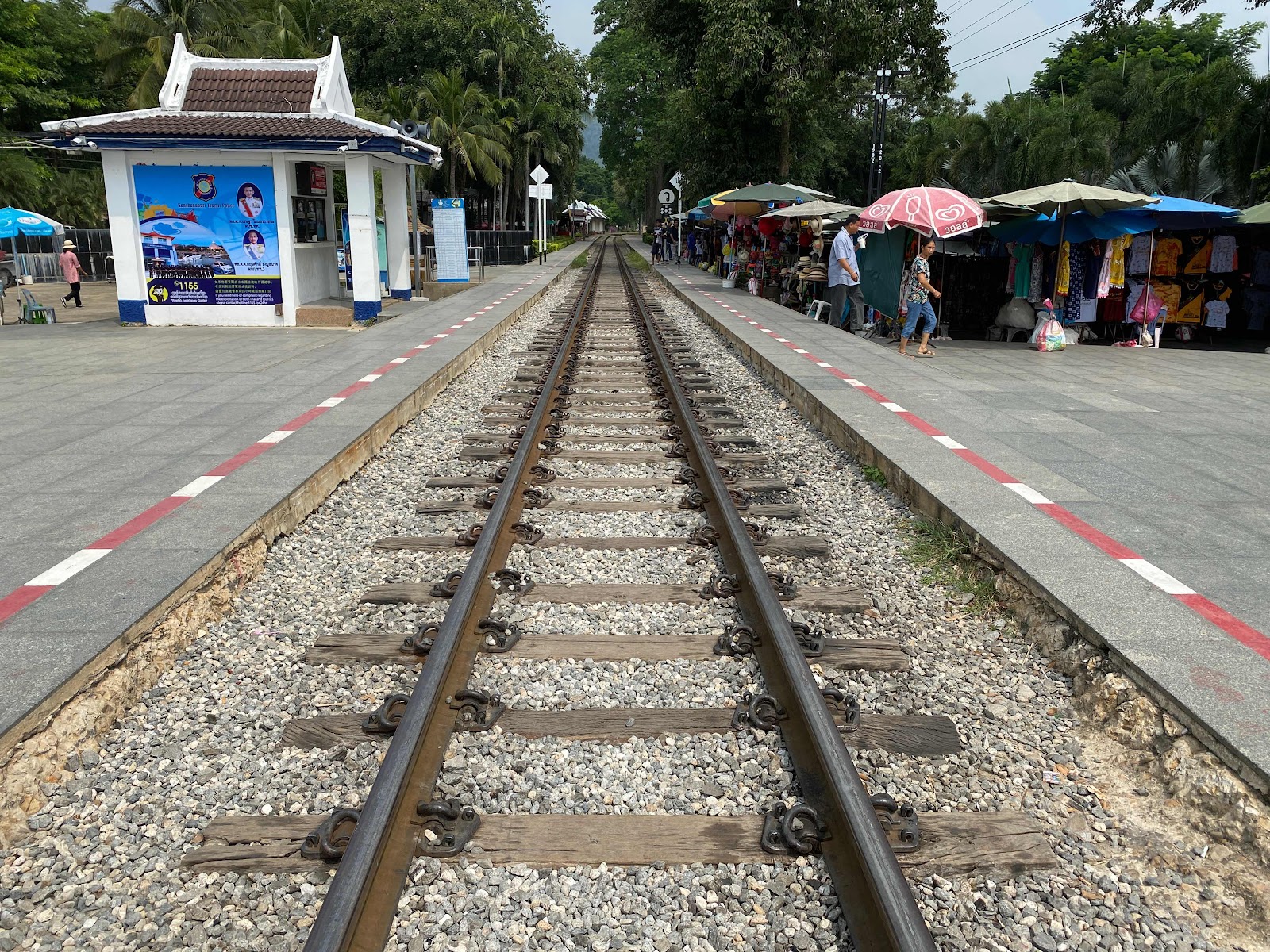 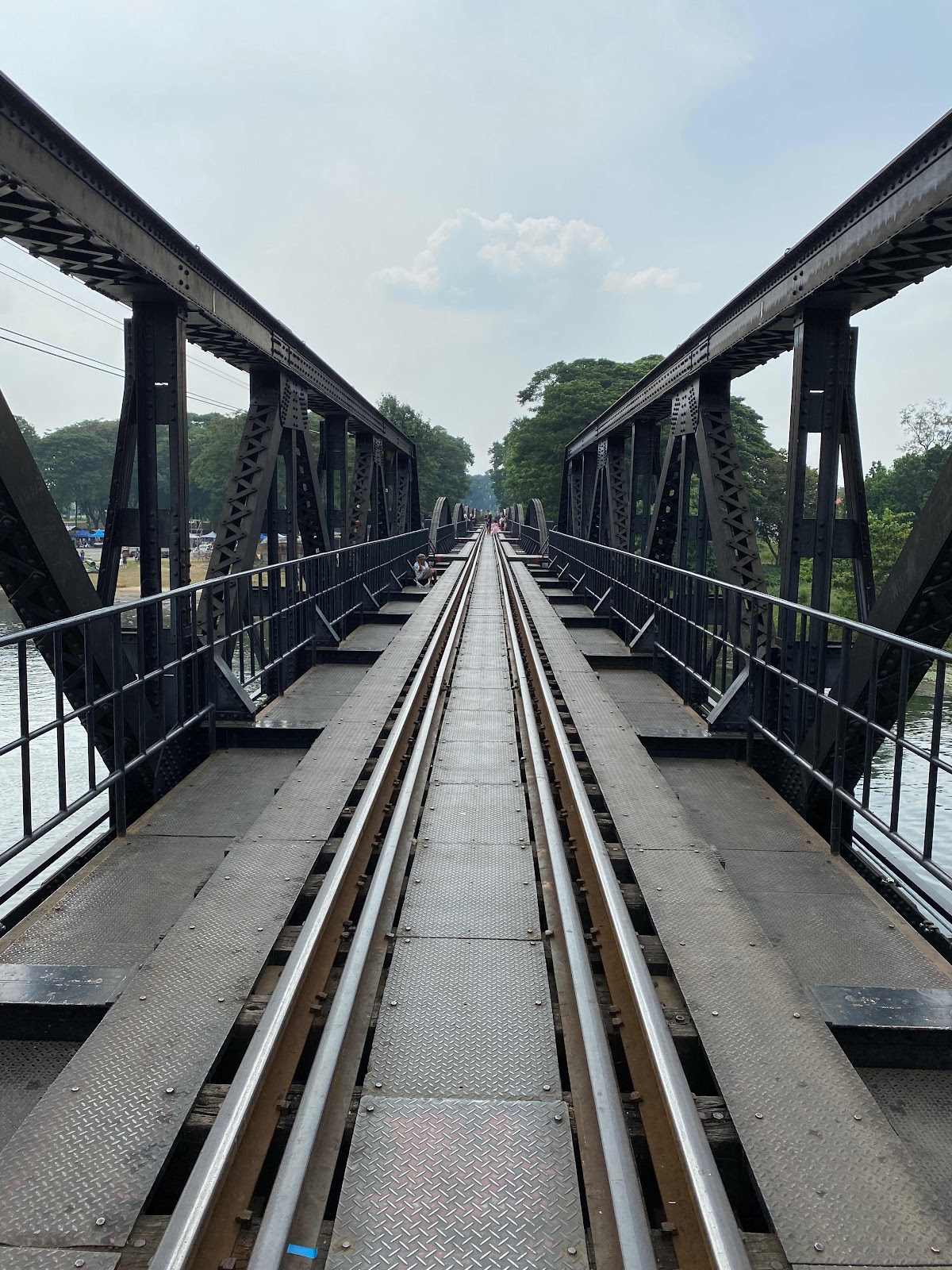 Posted by overyourhead at Friday, November 08, 2019