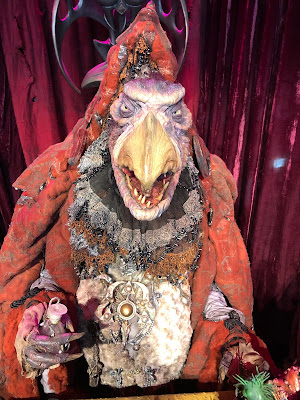 Monday afternoon Stuart and I went to see the temporary exhibition for The Dark Crystal: Age of Resistance at the BFI on London's glitzy South Bank.

For those of you unaware, Jim Henson's original The Dark Crystal film came out way back in 1982. Not being a big hit at the time, the film went on to find a life on video and then became a bit of a cult classic.

Now Jim Henson's Creature Workshop have worked with Netflix on an all-star prequel called The Dark Crystal: Age of Resistance which launches this Friday. 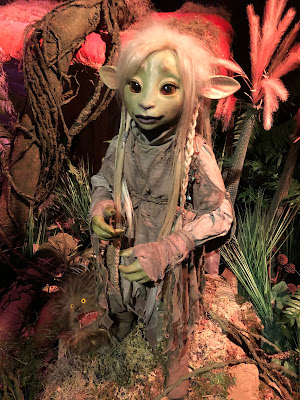 So to coincide with this new series, the temporary exhibition has been created and has been touring.

The exhibition is free (as are the sets of Gelfling ears you get to wear), and consists of puppets and models from the new show, complex animatronics, story boards, behind the scenes videos, and recreations of the sets. There was a quiz too - with prizes (full size posters). 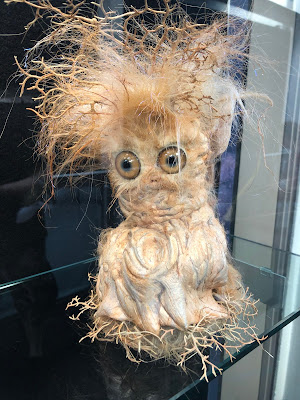 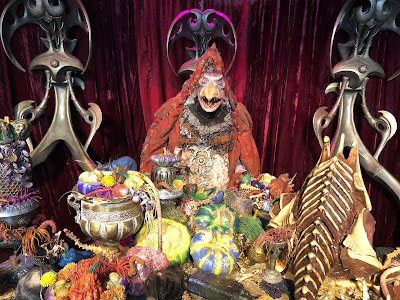 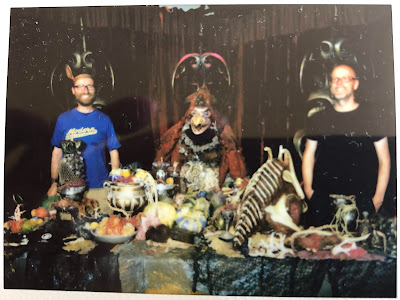 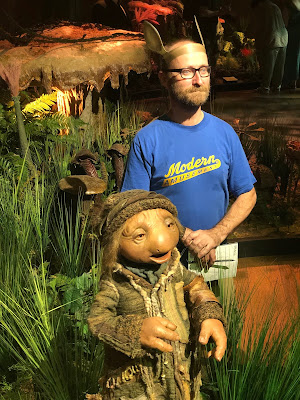 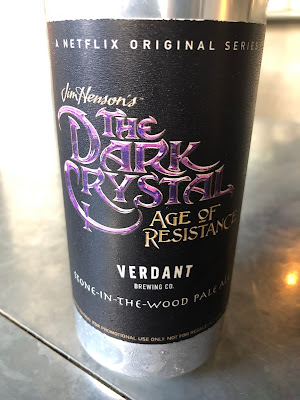 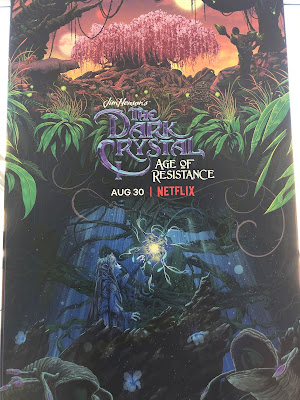 Posted by overyourhead at Wednesday, August 28, 2019