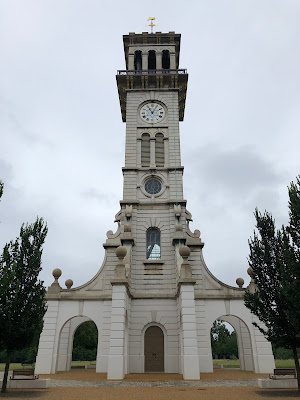 A few weeks ago, Stuart and I went to climb the newly restored 164-year-old Caledonian Park Clock Tower in London's glitzy Islington.

The clock tower has only recently been officially reopened after years of neglect. The tower and the park that surrounds it have a fascinating heritage, the views from the top are spectacular, and what's more - it is free to go up!

James Bunnings' 1855 creation, originally built as part of a huge cattle market, has long stood proud but aloof, a local landmark to be admired from afar, but rarely open to visitors. When the market closed in the 1960s, the tower has served as little more than a folly. Until now.

Now, you can climb its 220 steps to gain magnificent views of north and central London, as well as getting a close-up look at the workings of the turret clock.

The restoration, a new heritage centre, cafe and public toilets around it, were all over-seen by Islington Council, supported by a grant of nearly £2million from The National Lottery Heritage Fund.

Bit of history of the place... 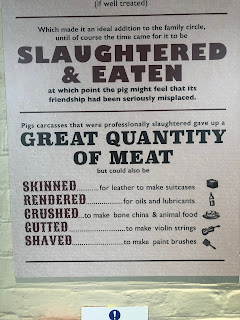 The clock tower sits in the middle of what was The Metropolitan Cattle Market (later Caledonian Market). The market is just off the Caledonian Road was built by the City of London Corporation and was opened in June 1855 by Prince Albert. The market was supplementary to the meat market at Smithfield and was established to remove the difficulty of managing live cattle at that latter site.

The market was designed by the corporation's architect, James Bunstone Bunning. He had previously drawn up plans to rebuild the cattle market at Smithfield, before the Corporation decided to remove the trade in live animals to a site outside the City itself. Apparently, the smell of the pig shit had become overpowering.

The market originally covered 30 acres of the site and grounds of Copenhagen House (previously a pleasure resort and tea garden). It occupied most of the land between Hungerford Road and Hartham Road (north), Caledonian Road (east), Brandon Road and Blundell Street (south) and York Way (west) and its construction cost the Corporation £300,000. Market Road, North Road, Shearling Way and Brewery Road were internal roads within the market area. 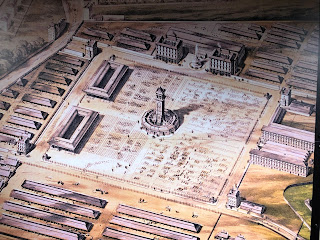 The site was chosen for its proximity to the goods yards of the newly opened Great Northern Railway and North London Railway to the north of Kings Cross station. Livestock could be conveniently transported to the depots before being driven the short distance up York Way to the market or walked down from Junction Road railway station. On market days in excess of 15,000 animals could be traded.

The central market area was arranged in a rectangle with stalls and pens for cattle, sheep and pigs and a 46 metres (151 ft) tall central clock tower. Dealers' offices were arranged in the central area and slaughterhouses were close by. The market was enclosed by cast iron railings, the columns of which were topped with cast iron heads of the animals traded. The railings remain but the heads were removed many years ago. 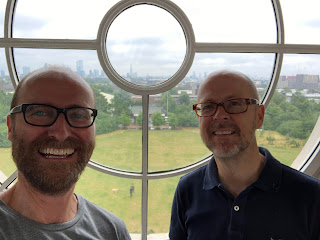 At each of the corners of the main area, large market pubs provided accommodation and entertainment for those visiting the market. The pubs were named The Lion, The Lamb, The White Horse and The Black Bull. Today, three of the four remain and, with the clock tower, are listed structures. A fifth pub, The Butchers Arms, built to a similar design, was located at the south-west corner of the market site at the junction of York Way and Brewery Road. The building remains.

In the early 20th century, as the trade in live animals diminished, a bric-a-brac market developed, which after the Second World War transferred south of the Thames to become the New Caledonian or Bermondsey Market. The markets in the area of the old Metropolitan Cattle Market finally closed in 1963. 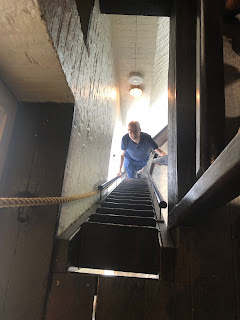 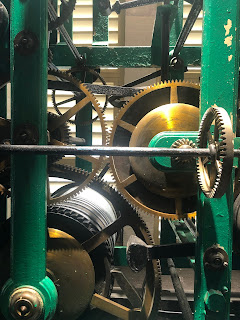 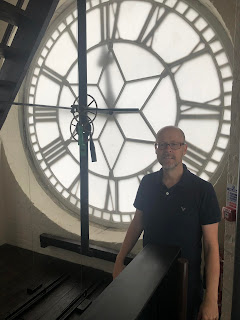 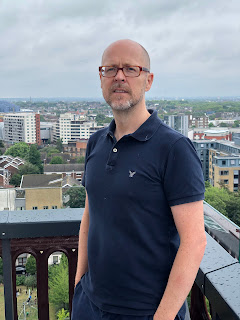 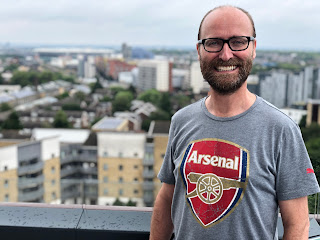 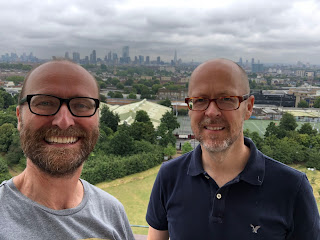 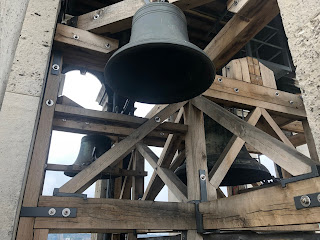 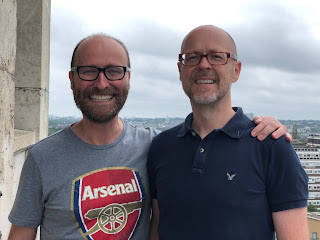 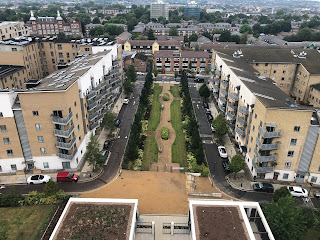 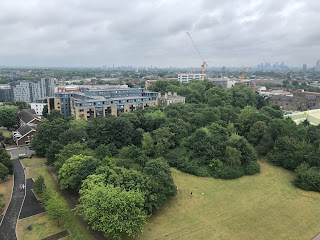 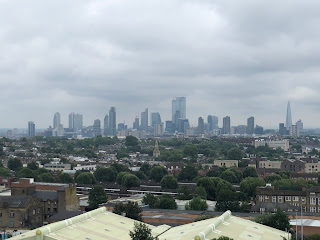 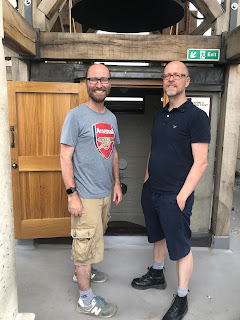 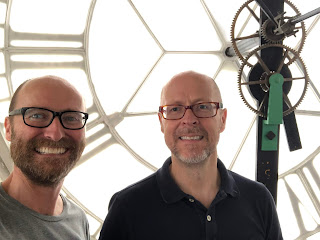 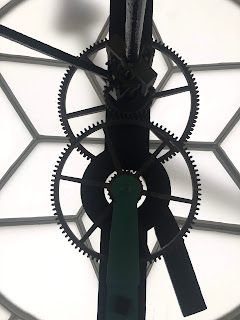 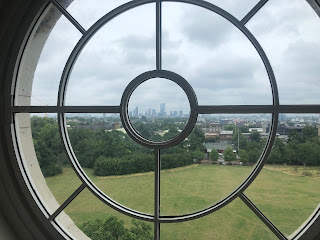 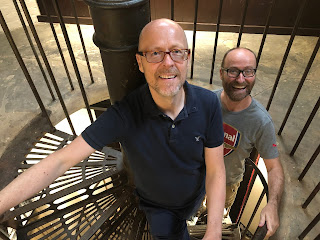 Posted by overyourhead at Thursday, August 29, 2019