Closer to Heaven @ Above the Stag... 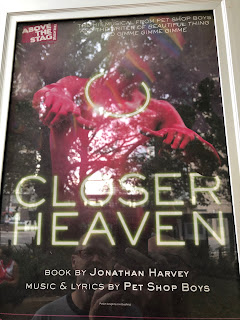 Last night Stuart and I went to see musical Closer to Heaven at the 100-seat Above the Stag theatre in London's glitzy Vauxhall.

Premiered in May 2001 at the Arts Theatre in the West End, Closer to Heaven was written by Jonathan Harvey and Pet Shop Boys. We love the music, so knew we'd enjoy the show.

And we did. The acting was fine, the singing spirited, the dancing energetic, the script funny, and the night entertaining. 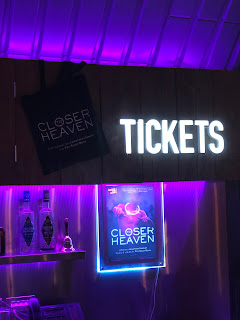 Directed by Steven Dexter, the show included Vocal as the closing song, and instead featured Positive Role Model as an instrumental for Straight Dave's dance routine. Another slight change was a new version of Something Special with altered lyrics written by Neil Tennant, sung by Mile End Lee's character. 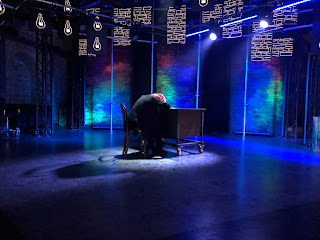