We started the day with an early morning walk around Boston city centre. It's not much of a city centre to be honest; mainly banks, office blocks, and bars claiming to be the original "Cheers". But there were some nice old colonial buildings too. Buried away.
Naturally we had to visit the harbour too to dangle in an American tea bag. Our own little bit of revenge for the Boston Tea Party. Served rather too late and rather too cold, admittedly.
We also stopped for breakfast at that classic Bostonian institution - the South Station Diner. It was just perfect with its booths, plastic covered bar stools, oversized breakfasts, bottomless coffee, and cheesy-grinning, charming waitresses.
Stuffed, we returned to the hotel to collect our luggage and took a cab back to the bus terminal to pick up a Peter Pan bus (i.e. coach) to take us to the ferry port along Cape Cod. A port going by the name of Woods Hole. The journey took about 90 minutes and we enjoyed the view out of the window - green countryside, bridges, lakes, and the odd town.
The wait at the ferry terminal was fairly short - not least because the waitress in the local hostelry seemed to be hell-bent on not serving us our early afternoon sharpener. She eventually relented though. Under pressure of our best Paddington bear stares.
Refreshed, we were soon aboard and cruising the 45 minutes out across the water towards the beautiful island of Martha's Vineyard.
Luckily our hotel was near the Oak Bluffs dock - a magnificent old building recently converted called Summercamp.
We settled in, and then explored the locale a bit. The place has lots of gingerbread cottages which were charming. Built out of wood in the mid- to late-1800s most seemed deserted - weekend holiday homes for the rich out-of-towners not yet opened for the summer season, perhaps?
We also found a place to have some supper - a humble publike venue called - ironically, I'm sure - The Ritz. The waitress, all fading blonde hair, skin-light jeans and low cut white blouse, was typically overfriendly and over-shared her life story. The food was great though so we stayed for an extra beer.
We then tottered back to our Summercamp hotel to turn in early for the night. Was it the sea air, or was it the strong local beer? Not sure. Maybe both. But we all felt rather tired, and we had a big day planned tomorrow. 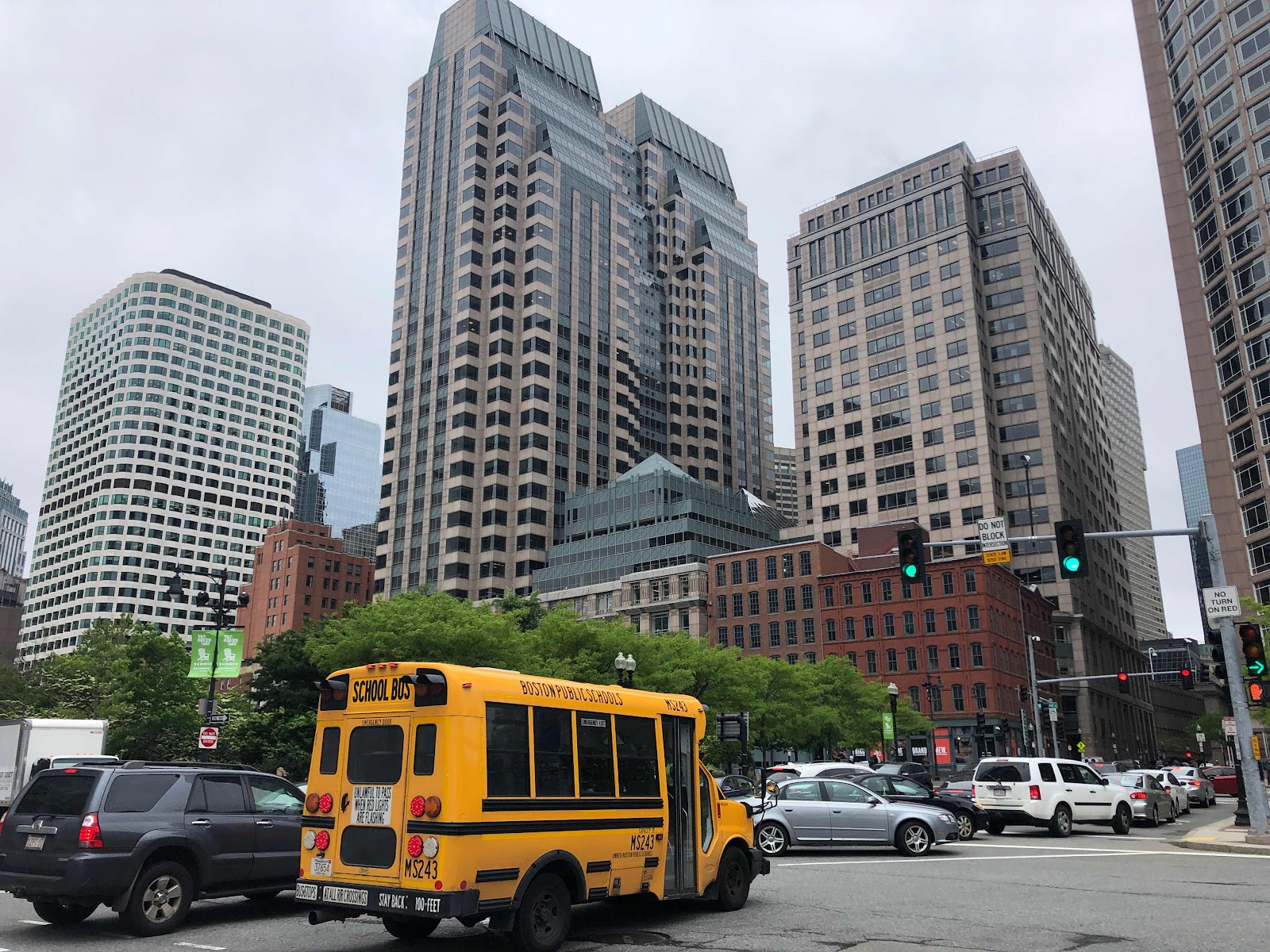 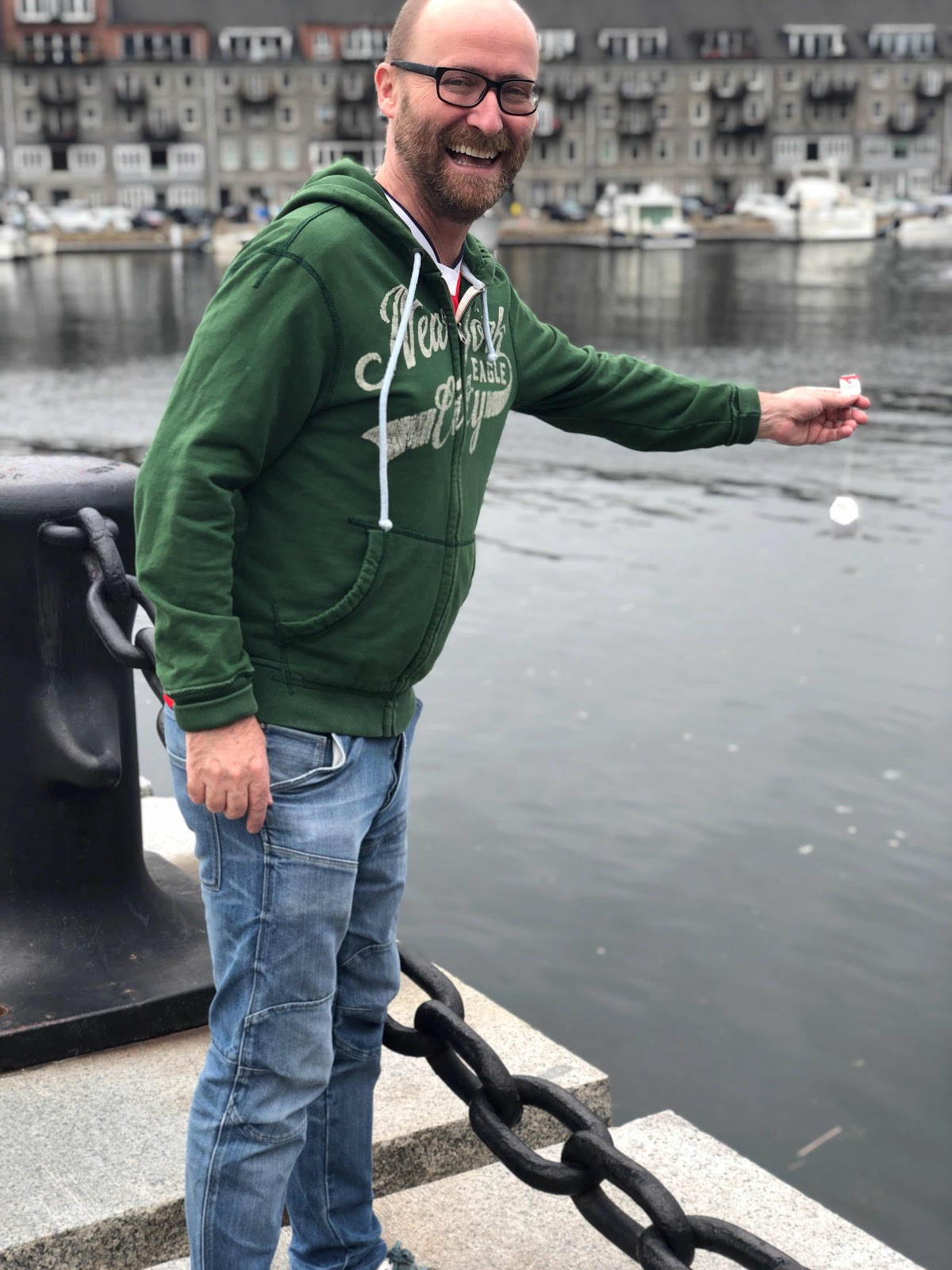 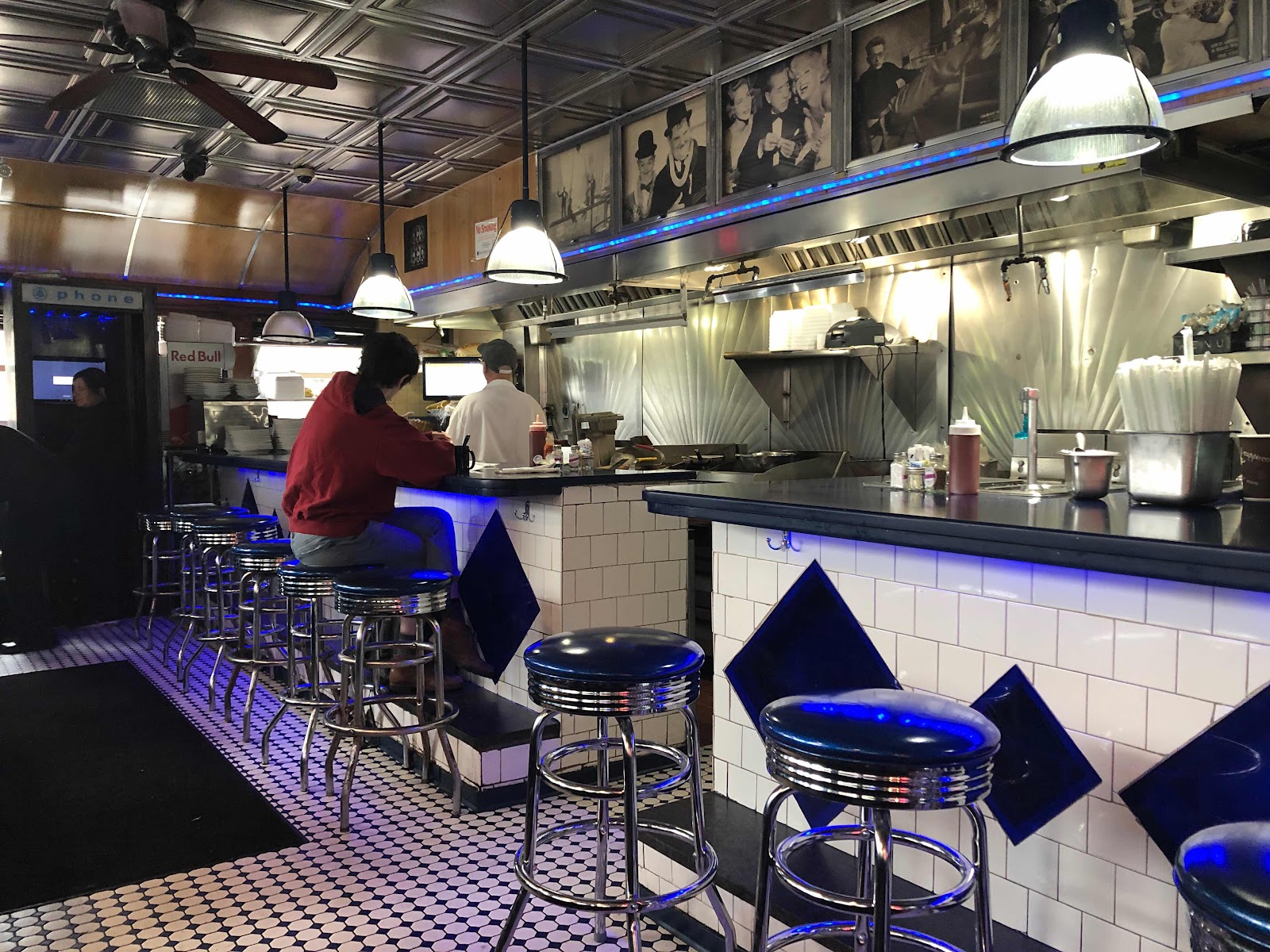 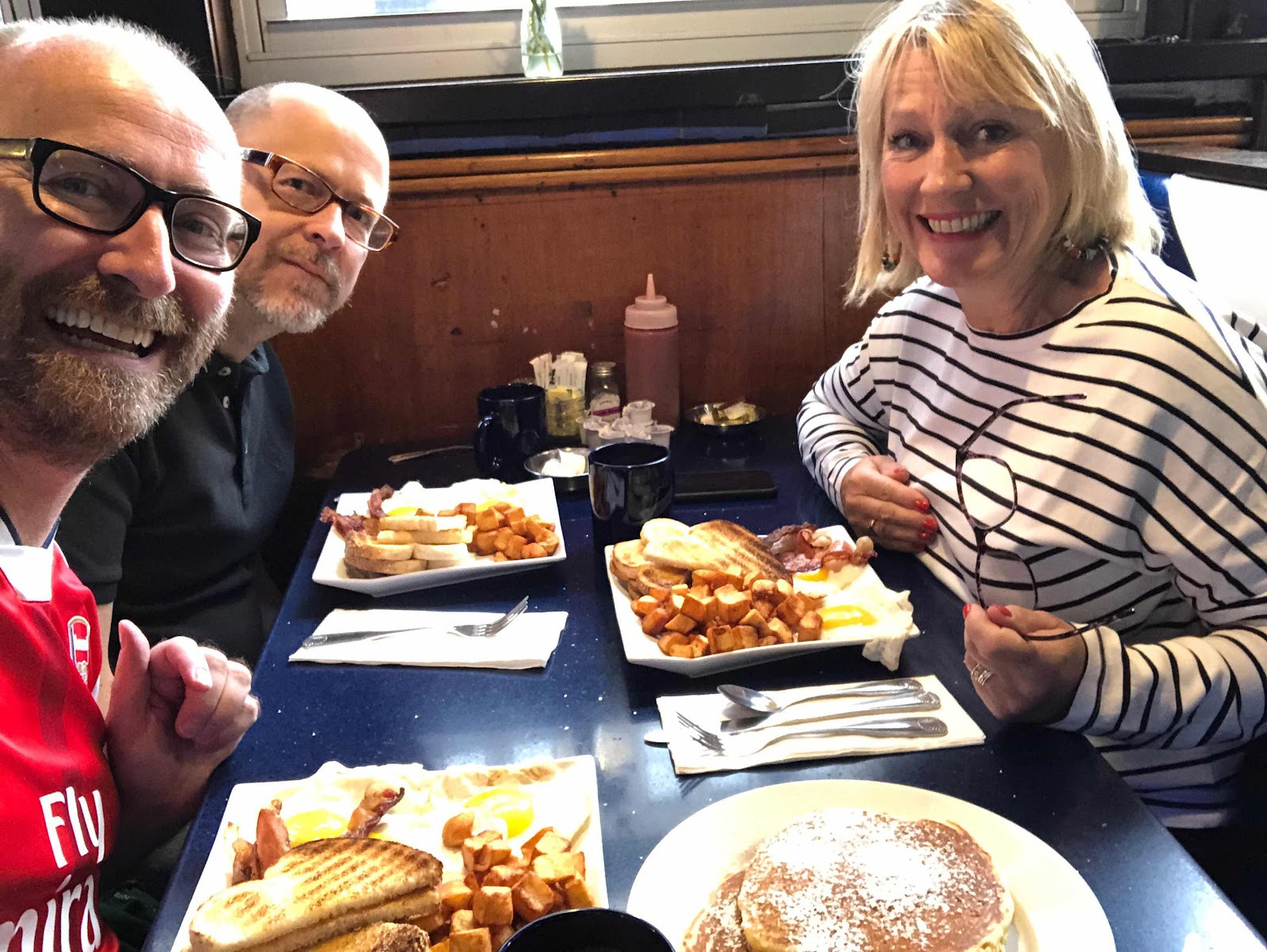 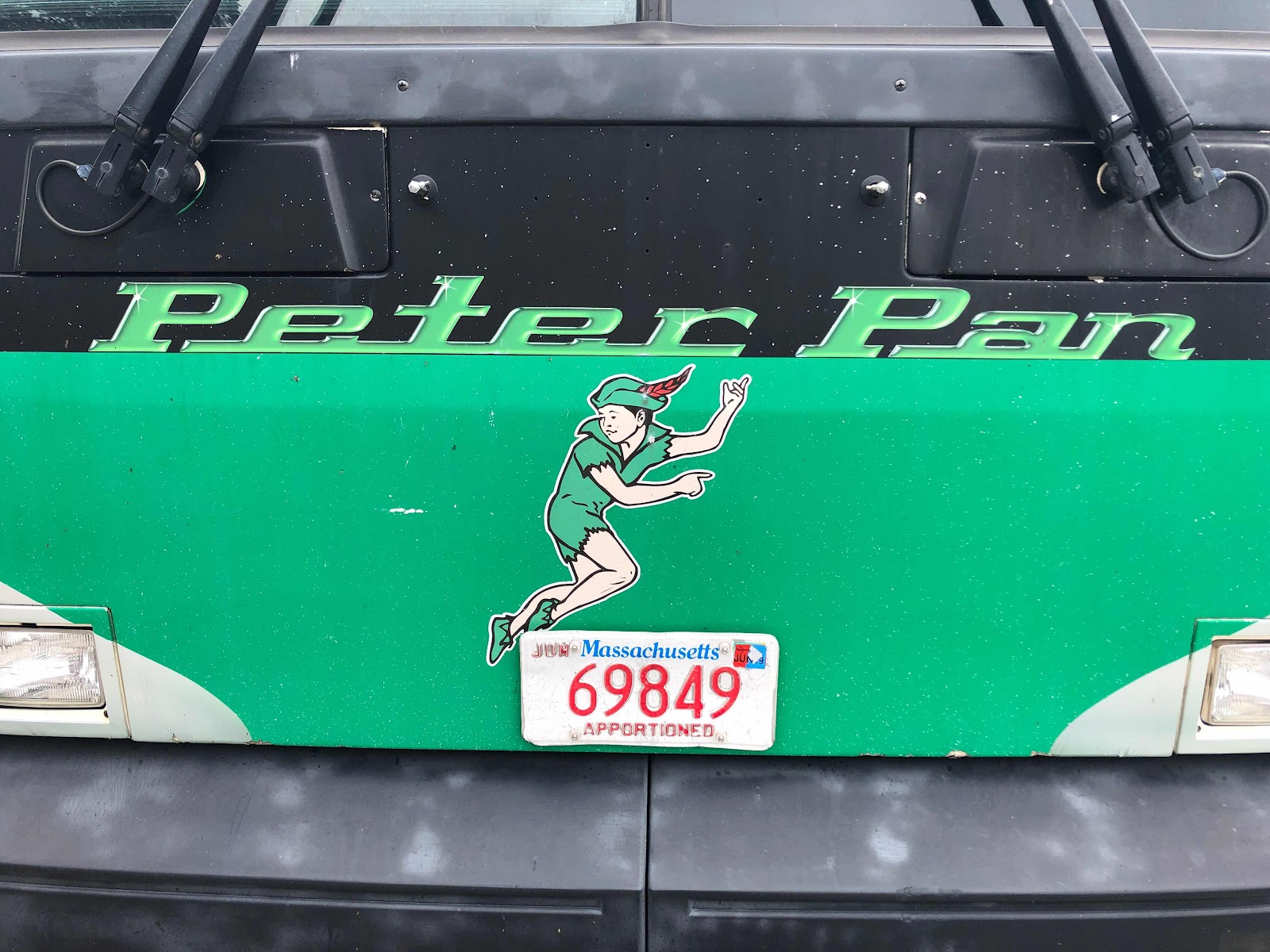 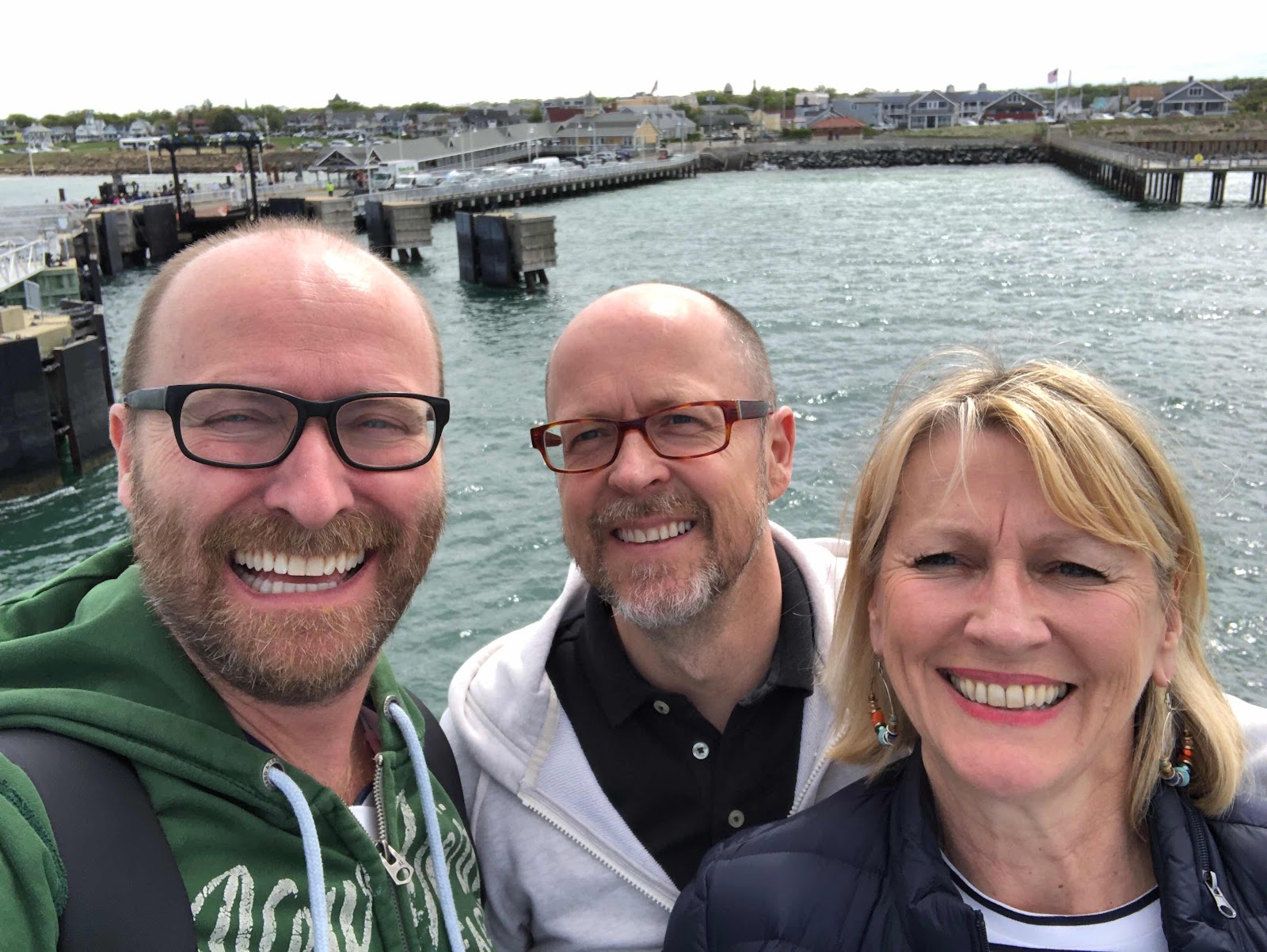 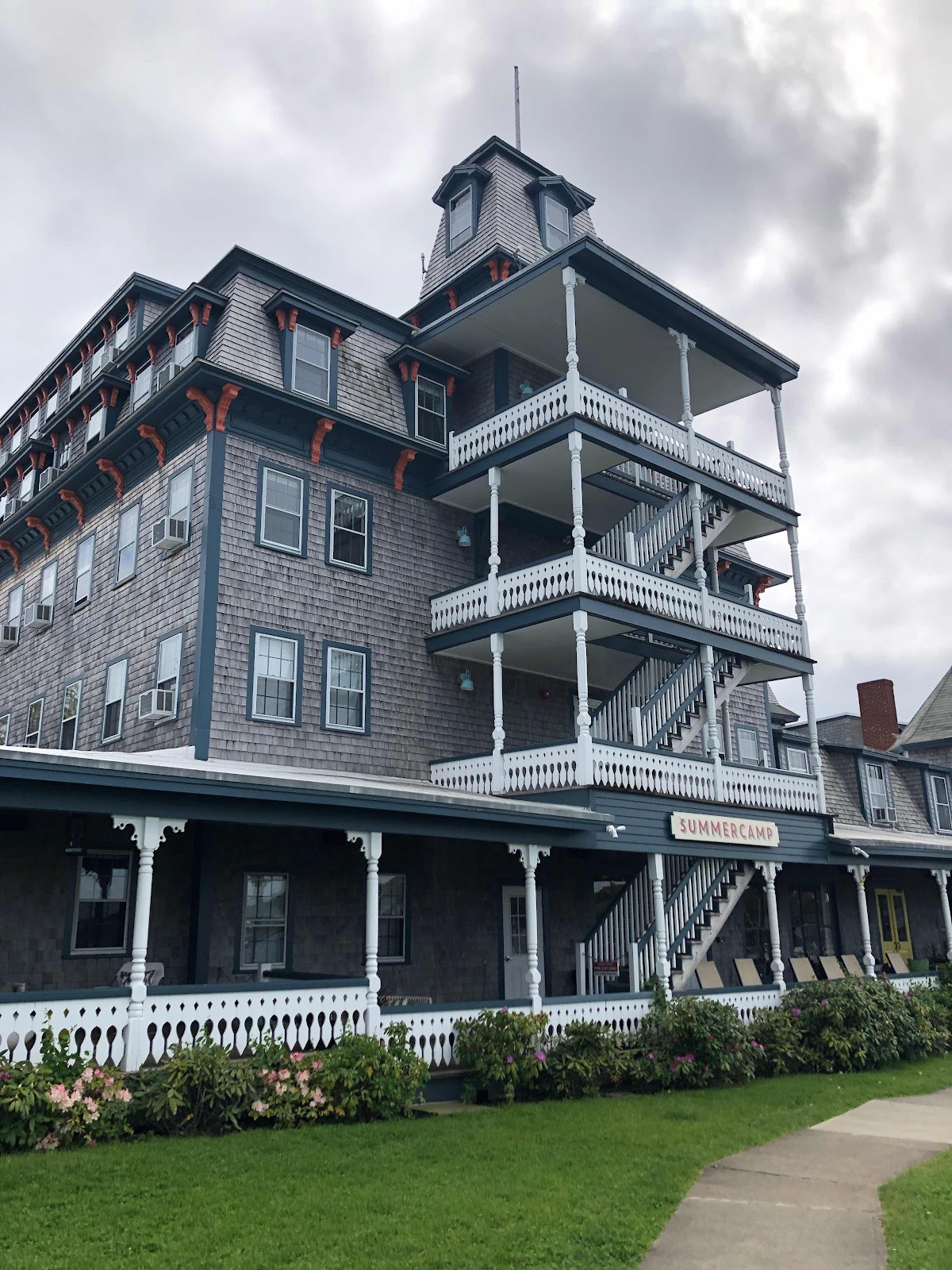 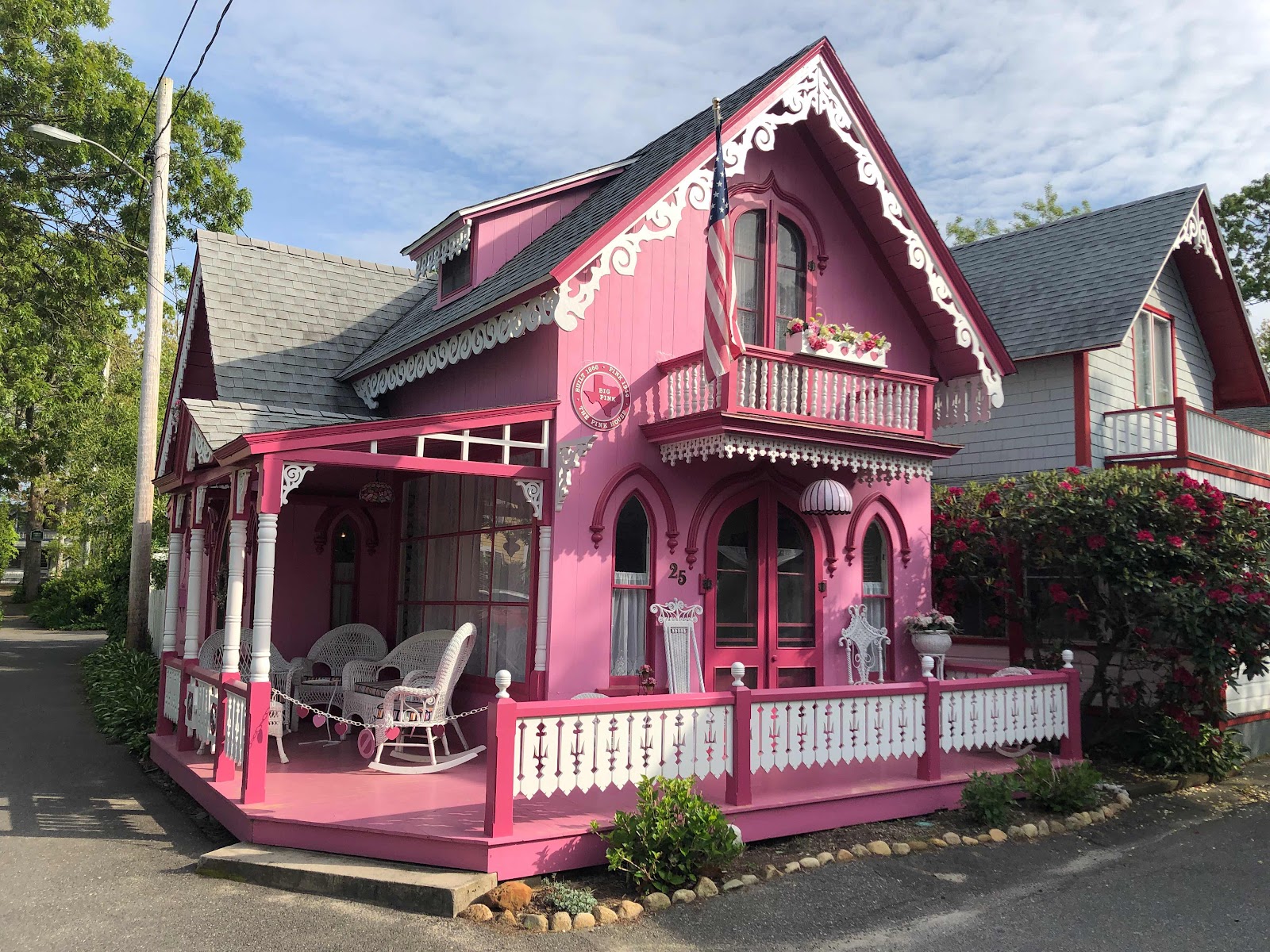 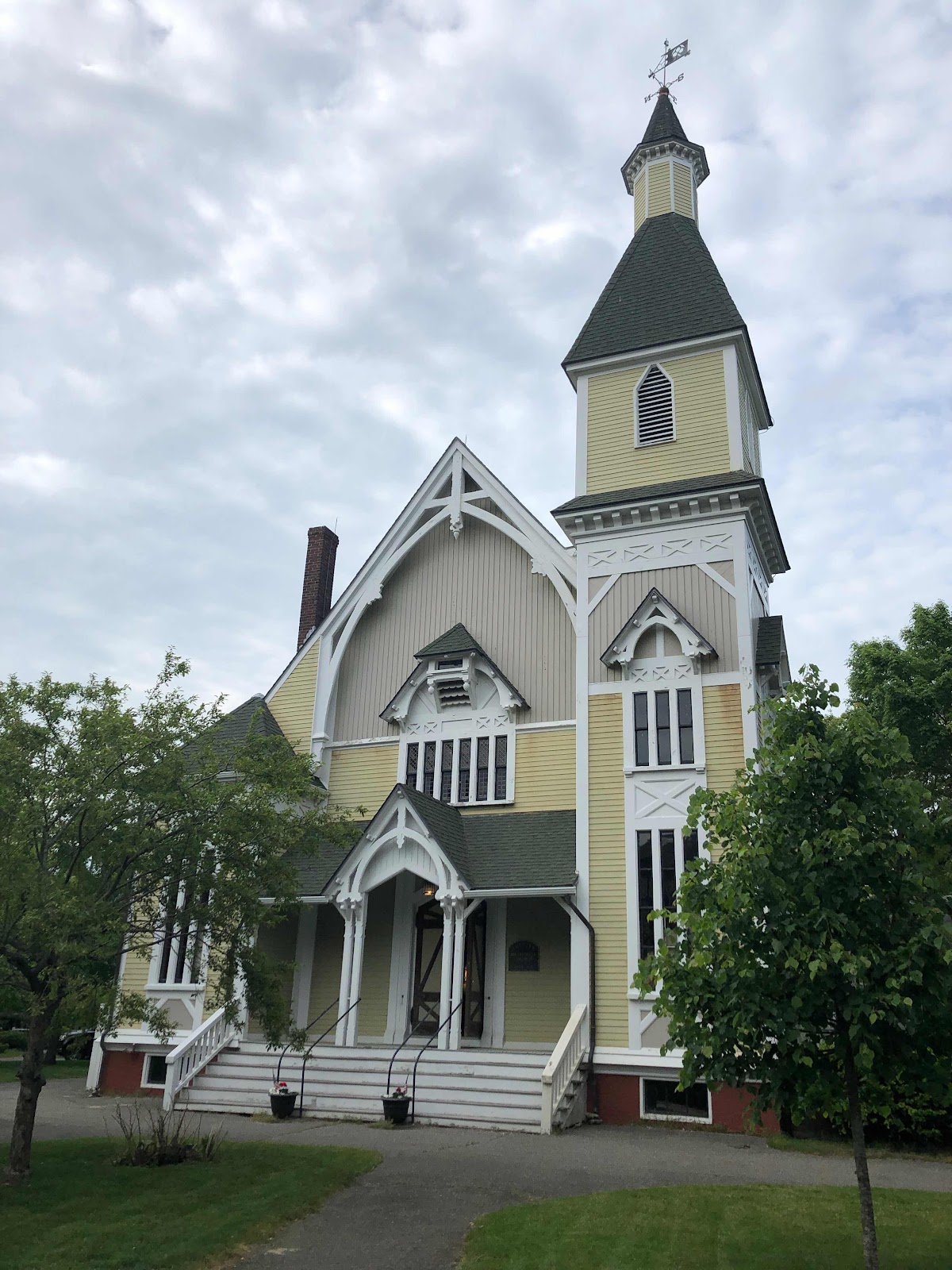 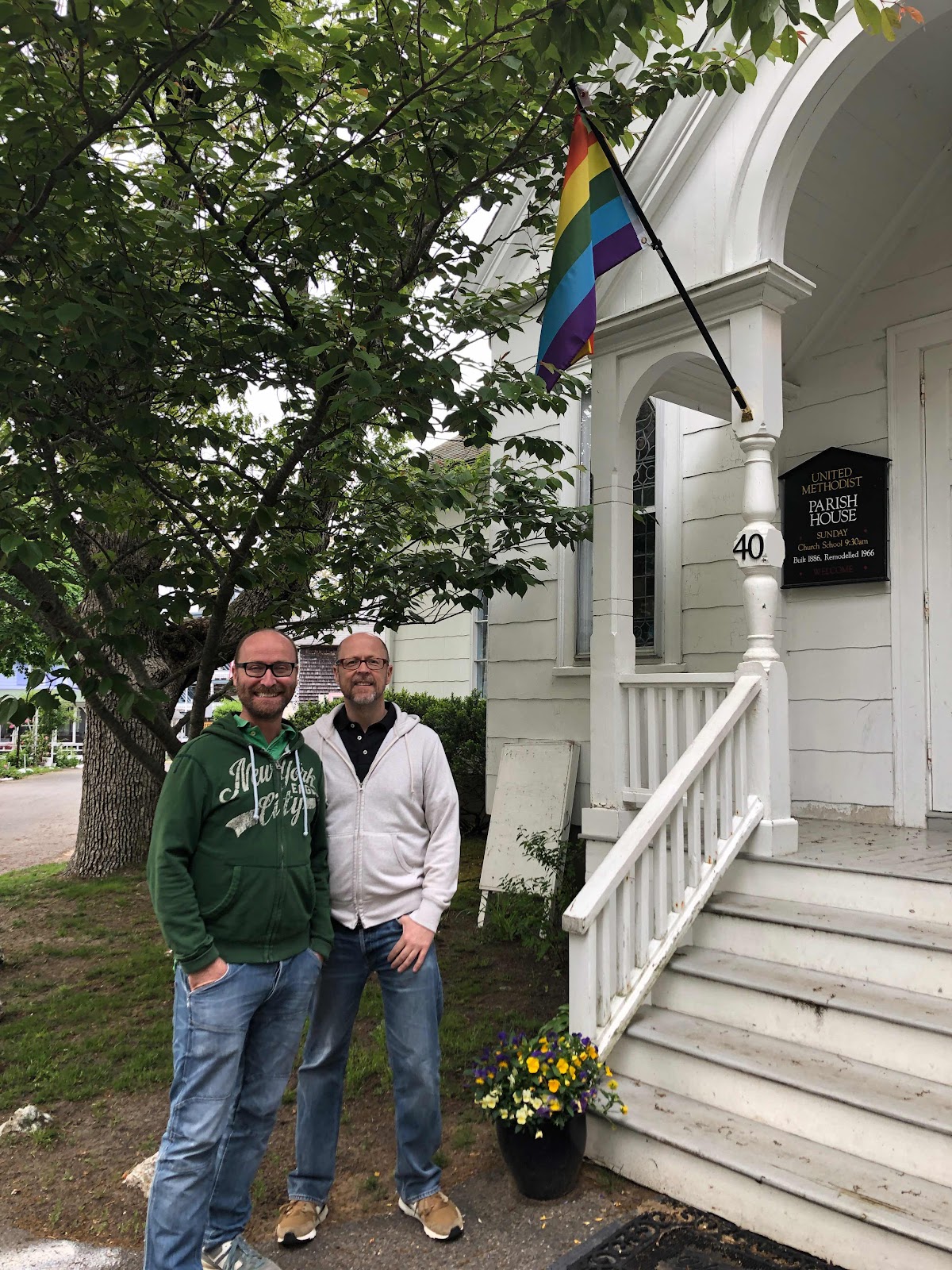