We started our final day in NYC with a trip to the famous singing waitstaff venue - Ellen's Stardust Diner. We'd tried to get in to Stardust on the previous few days but each time found the queue too long. Today, we persevered.
Now I don't about you, but some people might find waiters and waitresses singing at them while they eat their breakfast annoying. I didn't think I was one of those people. But it turns out I am.
I know a lot of people love it, and maybe it was because I was a little tired and hungover at just shy of 8am, but karaoke versions of George Michael's Faith, Adele's Rumour Has It, and Peggy Lee's Crazy have no place at the breakfast table. Especially when the people singing those songs is actually stood *on* your breakfast table. And throwing confetti in your coffee.
Ok, for while, it had that novelty factor I guess but we wolfed down our overpriced cold bacon, luke warm eggs, and wretched coffee - and left. We'd ticked a big Broadway musical box but we won't be back.
After a bit more packing we then checked out of our hotel and took a big yellow one down to Penn Station. There we prepared ourselves for the platform announcement that would signal the mad dash to board our train. Oh, the joy of the Amtrak boarding experience. Part train-ride, part rugby scrum.
Once seated, the train to Boston was comfortable enough though albeit it a four and half hour experience. We had to hoist our suitcases up into the luggage tracks above our heads too which was fun!
Unfortunately it was raining when we arrived on Boston so after checking into our hotel - the rather lovely Bostonian - we cancelled our dinner plans across town to eat at the in-house restaurant. Nice enough food, happily now served as European-sized portions. I've had to loosen the buckle on my belt this last week. New York portions have a lot to answer for!
Then an early night and watched a film on telly. We had a big day tomorrow. We were setting sail to an island tomorrow - Martha's Vineyard. 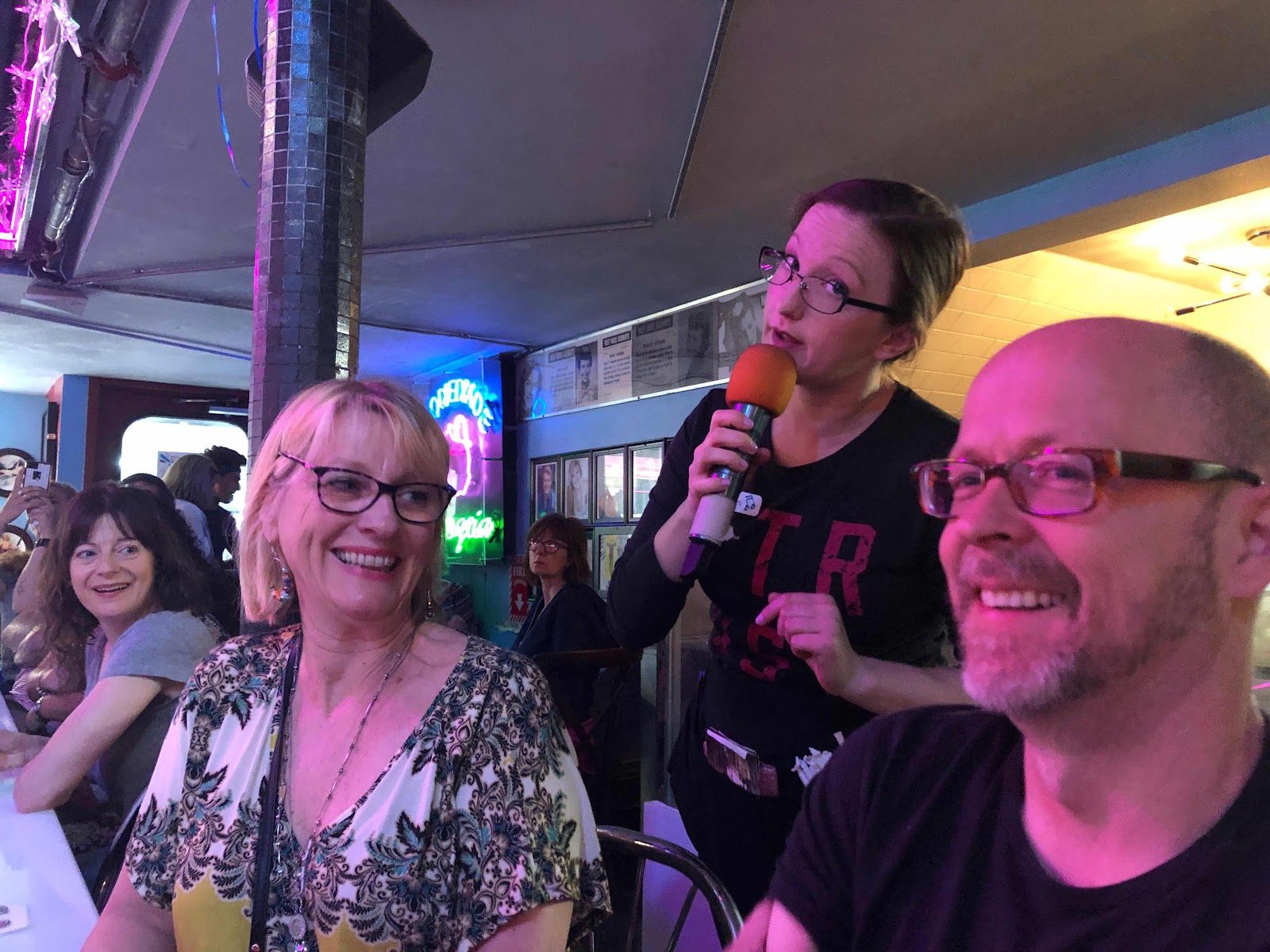 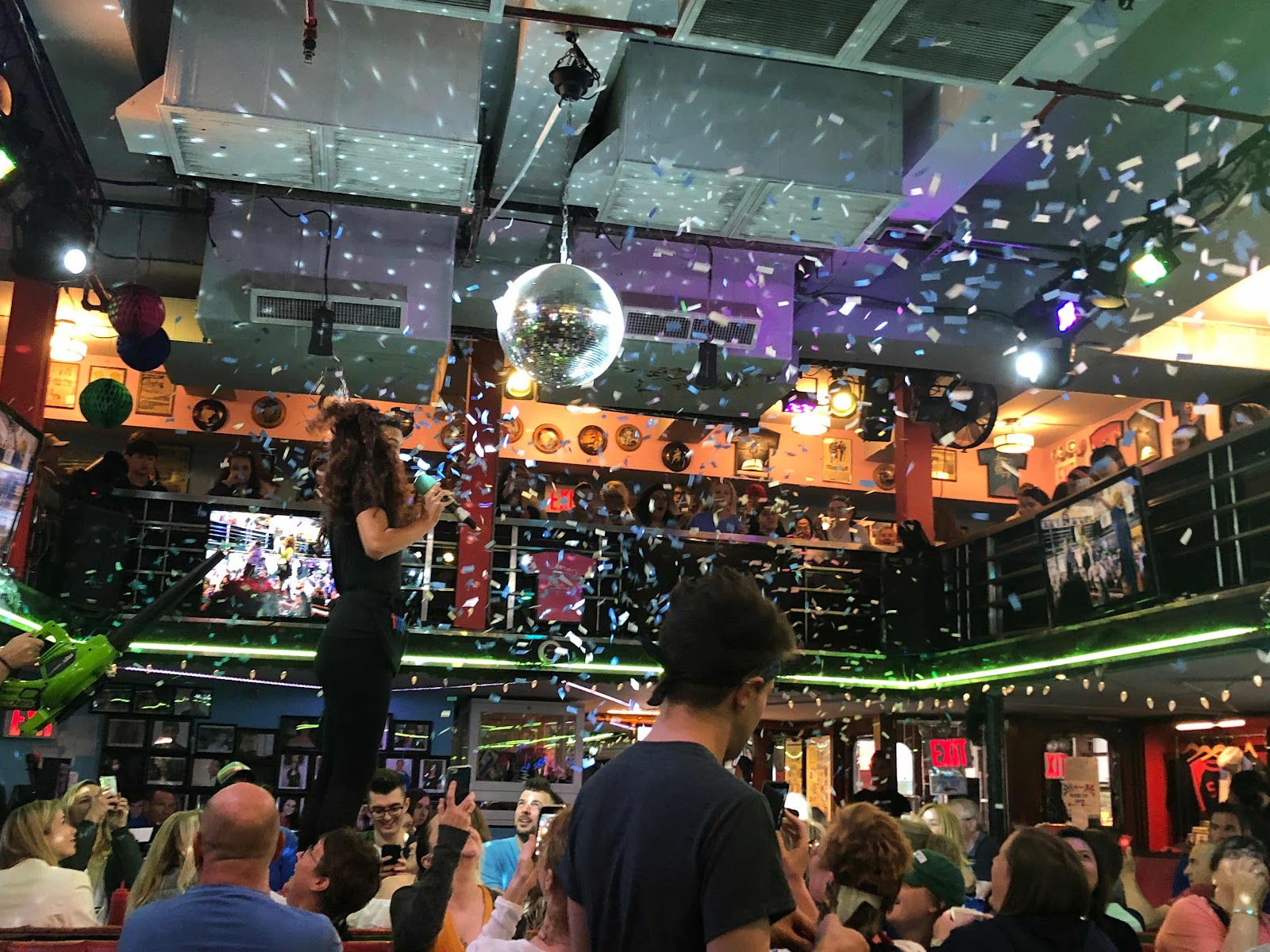 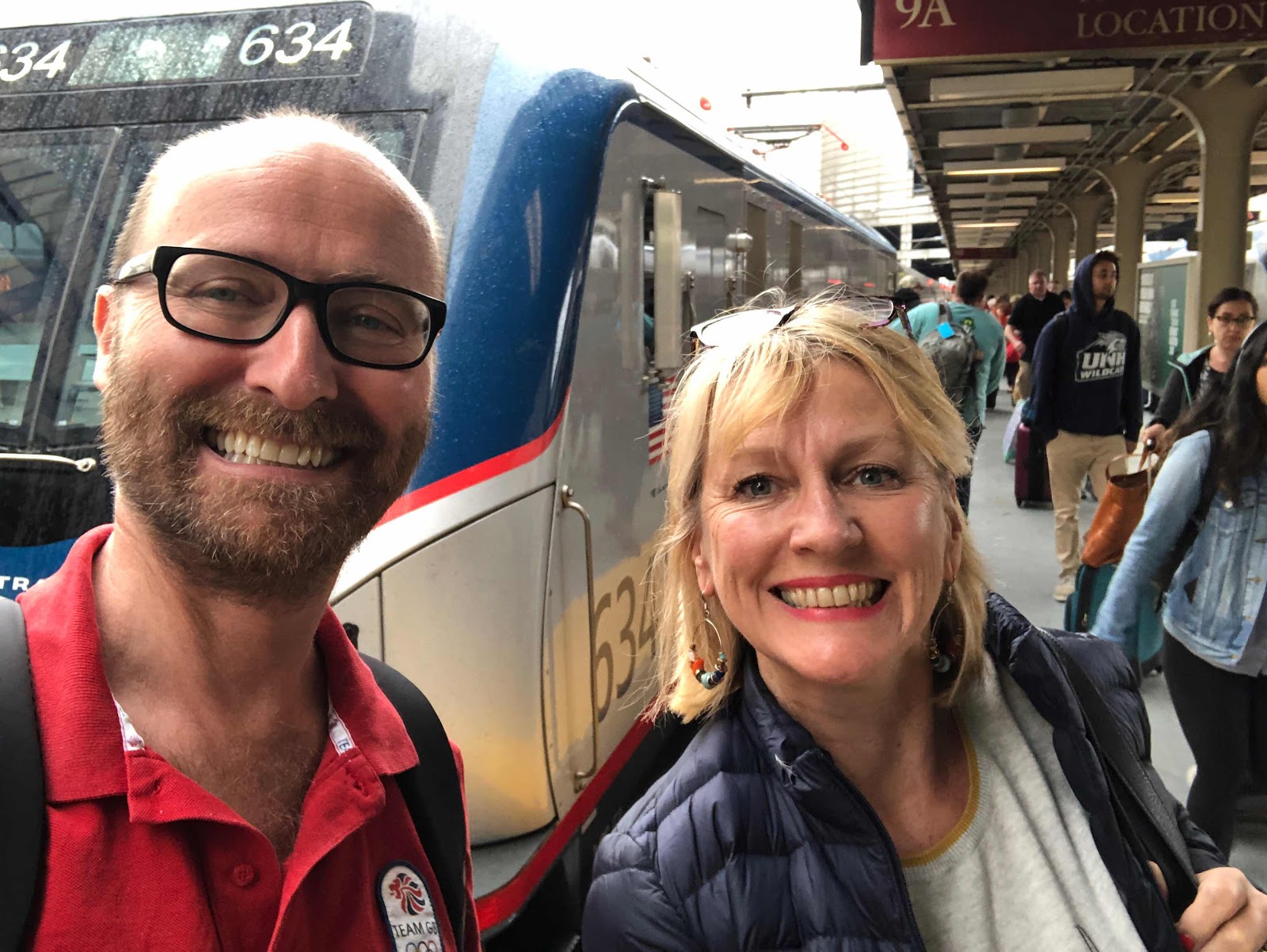 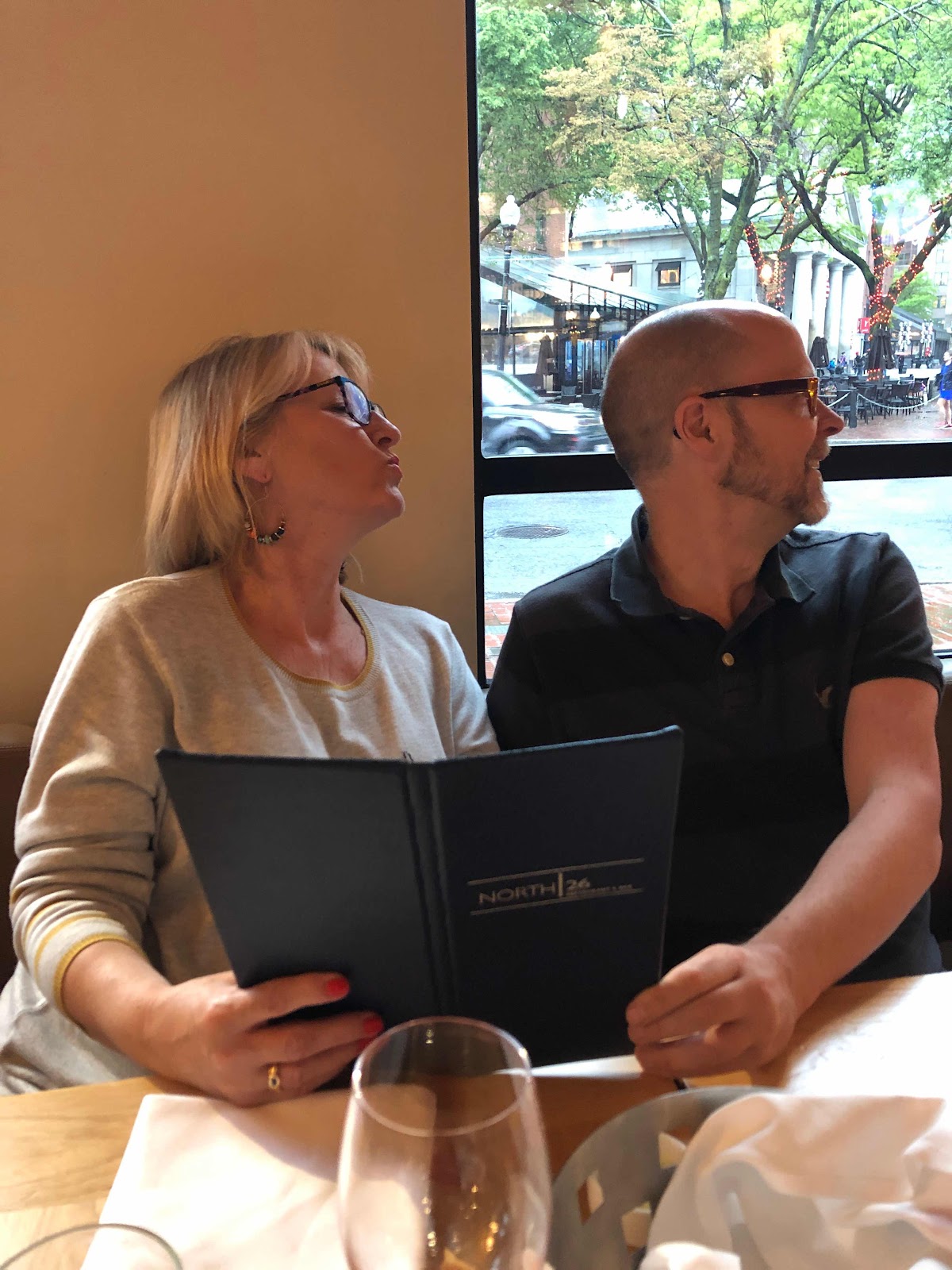 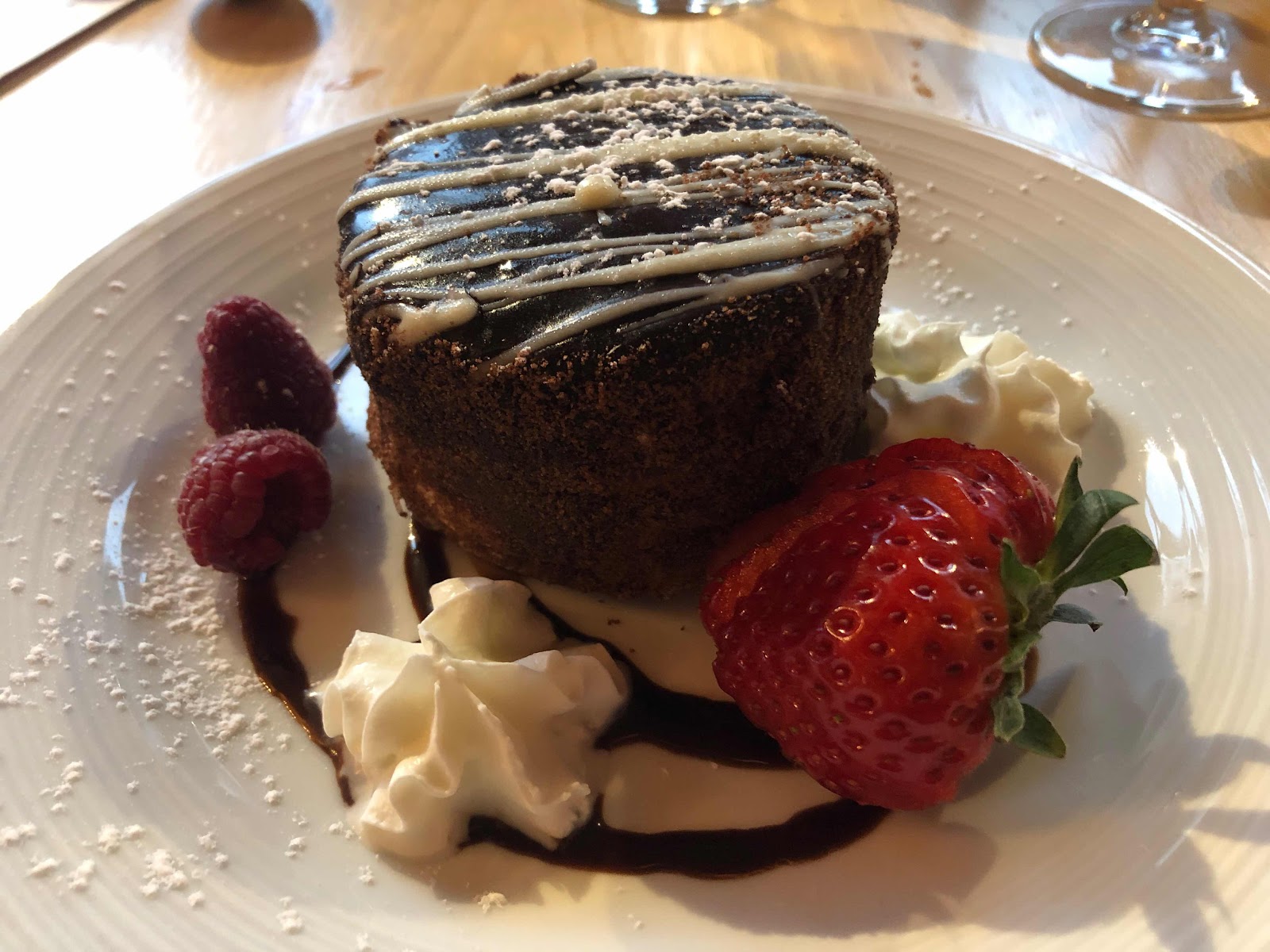