Today we started our pounding of the tourist trail. Jo had listed a couple of dozen things that she would like to see in New York and way up there on the list were both Central Park and The Metropolitan Museum of Art.
Now, if Central Park isn't the biggest and best city park in the world it comes pretty damn close. It  is just a truly wonderful space. Endless acres of mighty trees, green lawns, winding pathways, reeded ponds, rocky hills, enchanting woods, ramshackled meadows, pristine baseball pitches, qwerky birdhouses, and magnificent boathouses. You could get lost in here. And we did! Beautifully lost.
We wandered through the leafy trails discovering hidden lookouts that granted us breathtaking views of the New York cityscape with the park's own natural green picture-frame. It was a man-meets-nature landscape framed like a work of art.
So inevitably our next stop was *the* place to see art - The Met. Probably the greatest collect of man-made art in the world.
By any definition The Metropolitan Museum of Art is one of the world's largest and finest art museums. Its collection includes more than two million works of art. A treasury of all that is great and good created by the hand of man.
Fine art, sculpture, and armoury; wooden effergies, neo-classic designs, and curios; masks, modern art, and marvels; high brow, low brow, and monobrow - it has it all.
We wandered for hours through the galleries being constantly distracted from where we were originally heading by some new wonder; some side room packed full of world famous paintings.
They had special exhibitions on too. One  that caught our eye was called "Camp". It was a riot. A riot of pink, poetry, and pretty frocks. The curators had collected a massive treasure trove of spoken word, film and costume to explore what it means to be camp - its origins in the British aristocracy, its transition to the theatre, the gay world and its eventual acceptance by the fashion world. It was funny, frivolous, and deadly serious all at the same time. We loved it. And lived it!
We eventually ended up on the roof of the Met for more commanding views of the city.
Having worked up a bit of an appetite with all our wanderings to then we sought out something to eat. Stumbling across Fat Tony's All-American Italian Eating Hole (not its actual name but it could have been), we ordered pasta, meatballs, and beers. Needless to say with the portions sizes that arrived we could barely move afterwards. But move we did, on to a little bonus museum Stu and I particularly like - The Frick Collection.
The Frick is one of the pre-eminent small art museums in the United States, with a high-quality collection of old master paintings and fine furniture housed in nineteen galleries of varying size within the former residence.
Frick had intended the mansion to become a museum eventually, and a few of the paintings are still arranged according to Frick's design.
The collection features some of the best-known paintings by major European artists as well as numerous works of sculpture and porcelain. It also has 18th-century French furniture, Limoges enamel, and Oriental rugs.
After Frick's death, his daughter, Helen Clay Frick, and the Board of Trustees expanded the collection: nearly half of the collection's artworks have been acquired since 1919. Although the museum cannot lend the works of art that belonged to Frick, as stipulated in his will, The Frick Collection does lend artworks and objects acquired since his death.
Included in the collection are Jean-Honoré Fragonard's masterpiece The Progress of Love, three paintings by Johannes Vermeer including Mistress and Maid, two paintings by Jacob van Ruisdael including Quay at Amsterdam, and Piero della Francesca's St. John the Evangelist.
The museum certainly had that wow-factor.
As we left the Frick the heavens openned though so we got totally drenched as we scuttled to the nearest subway stop.
Undeterred, once back at our hotel, we dried ourselves down, headed down to the lounge for what was becoming our customary free cheese and wine early evening starter, before heading out to a local Irish bar for beers and to decompress out day.
From art, to pissing it down, to piss-artistry.
A great day in the Big Apple. 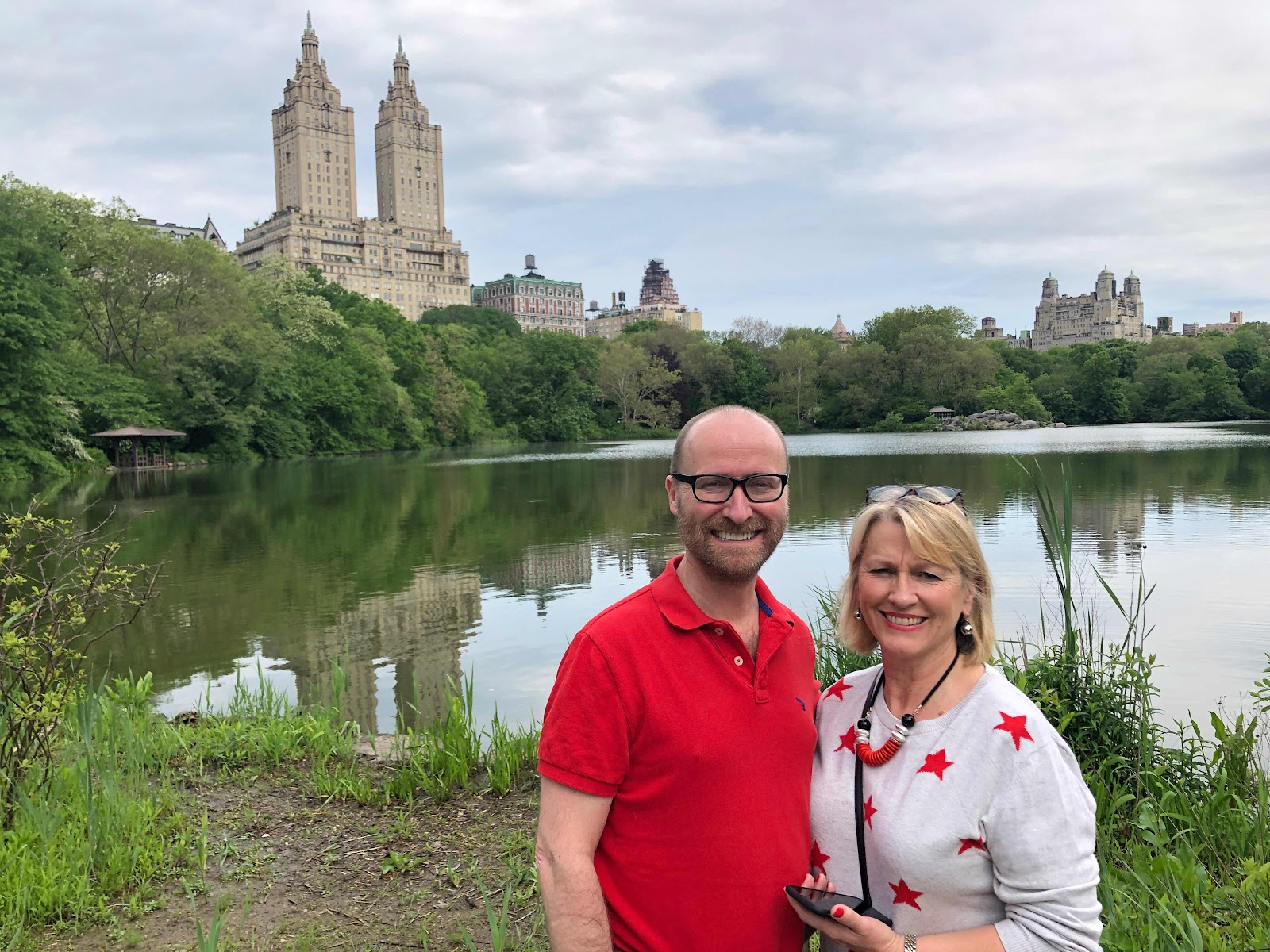 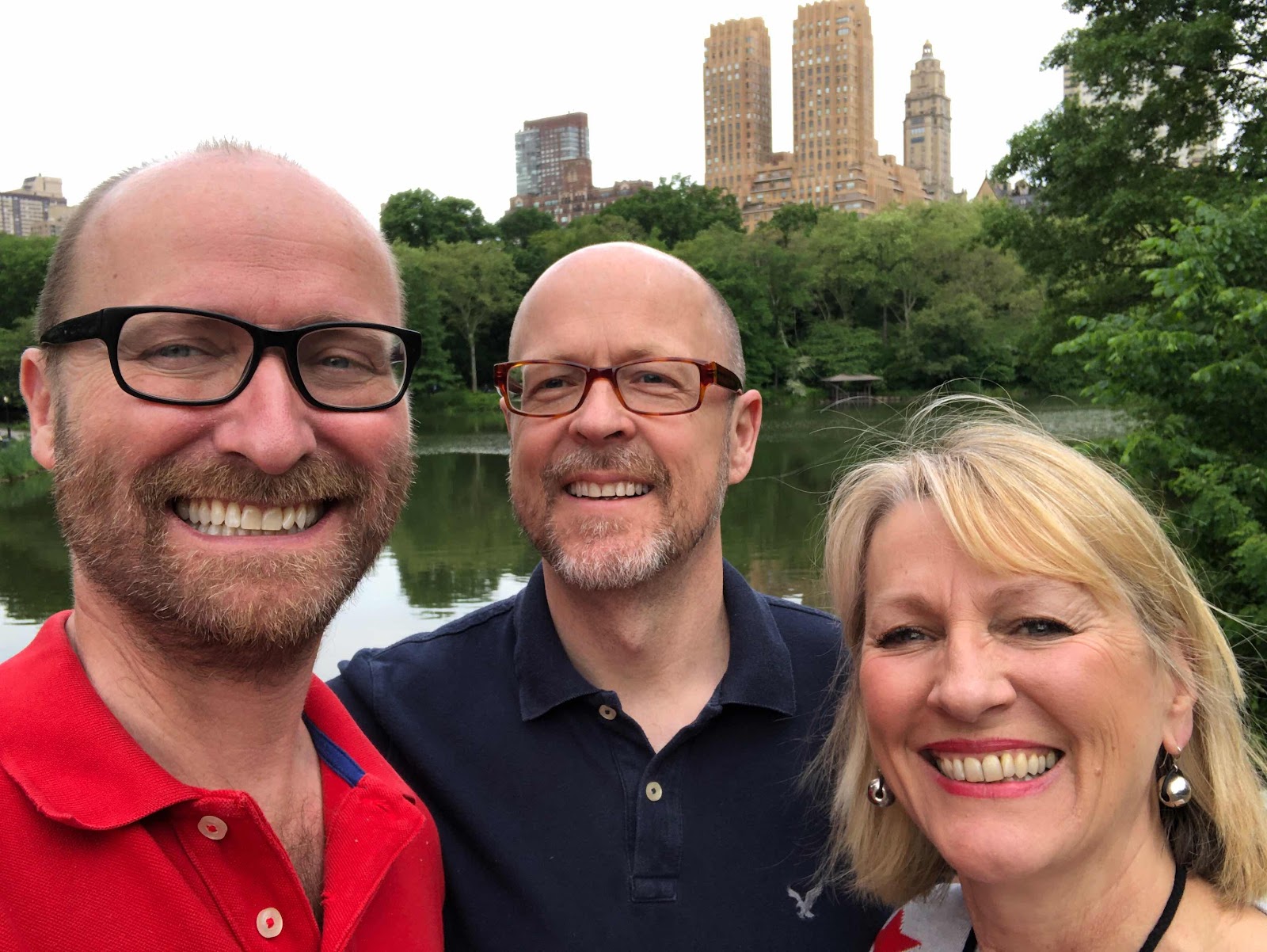 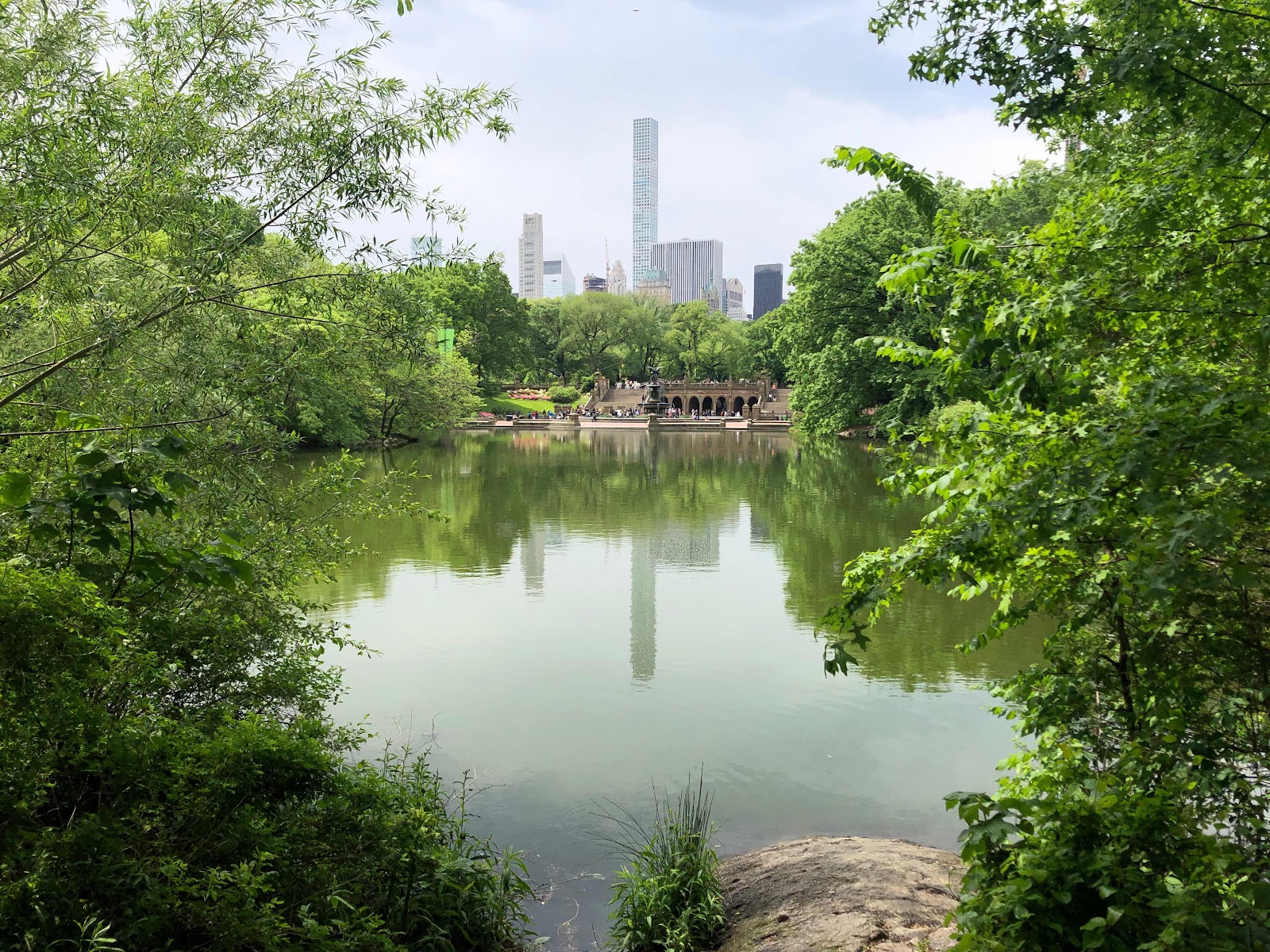 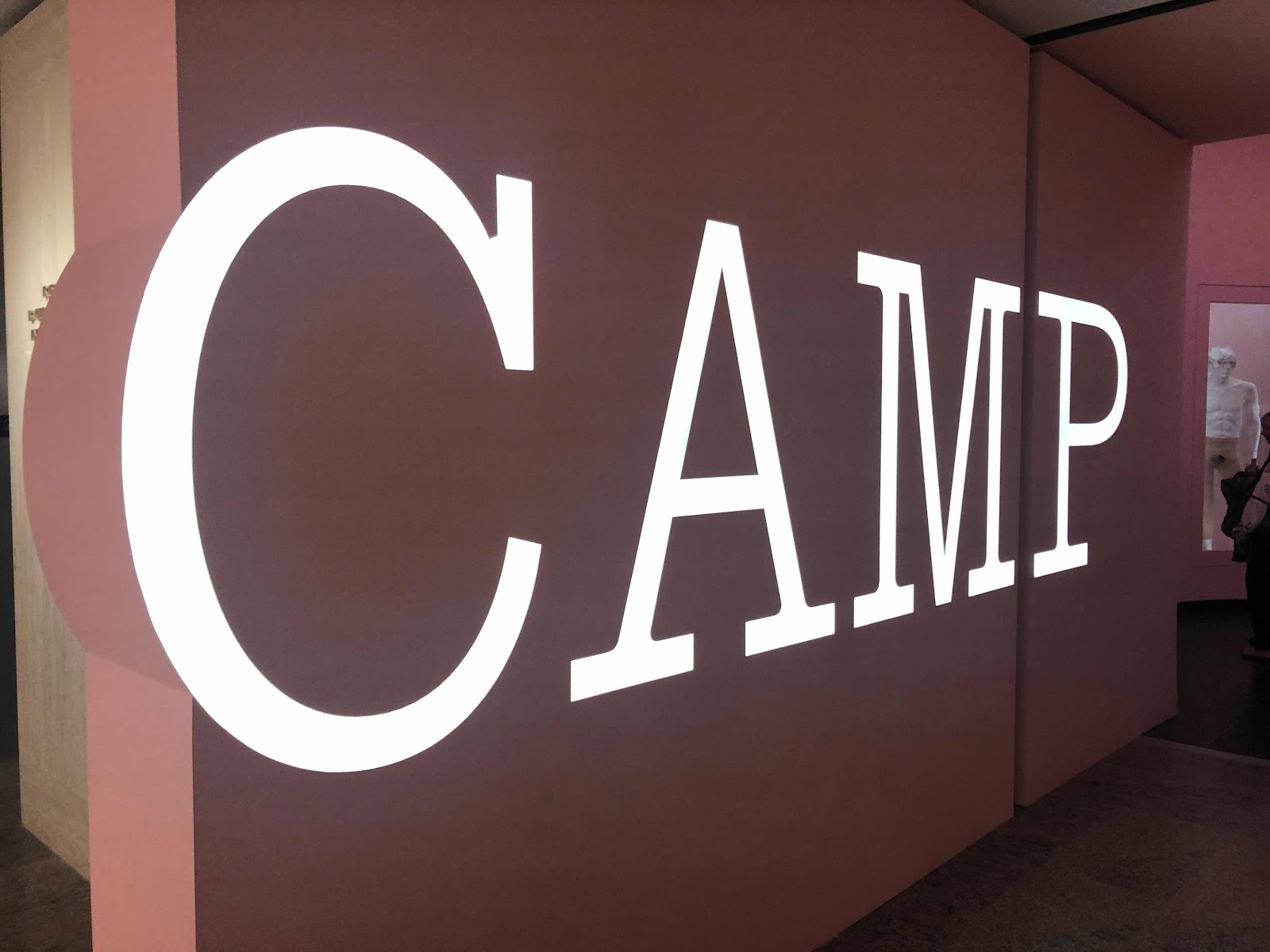 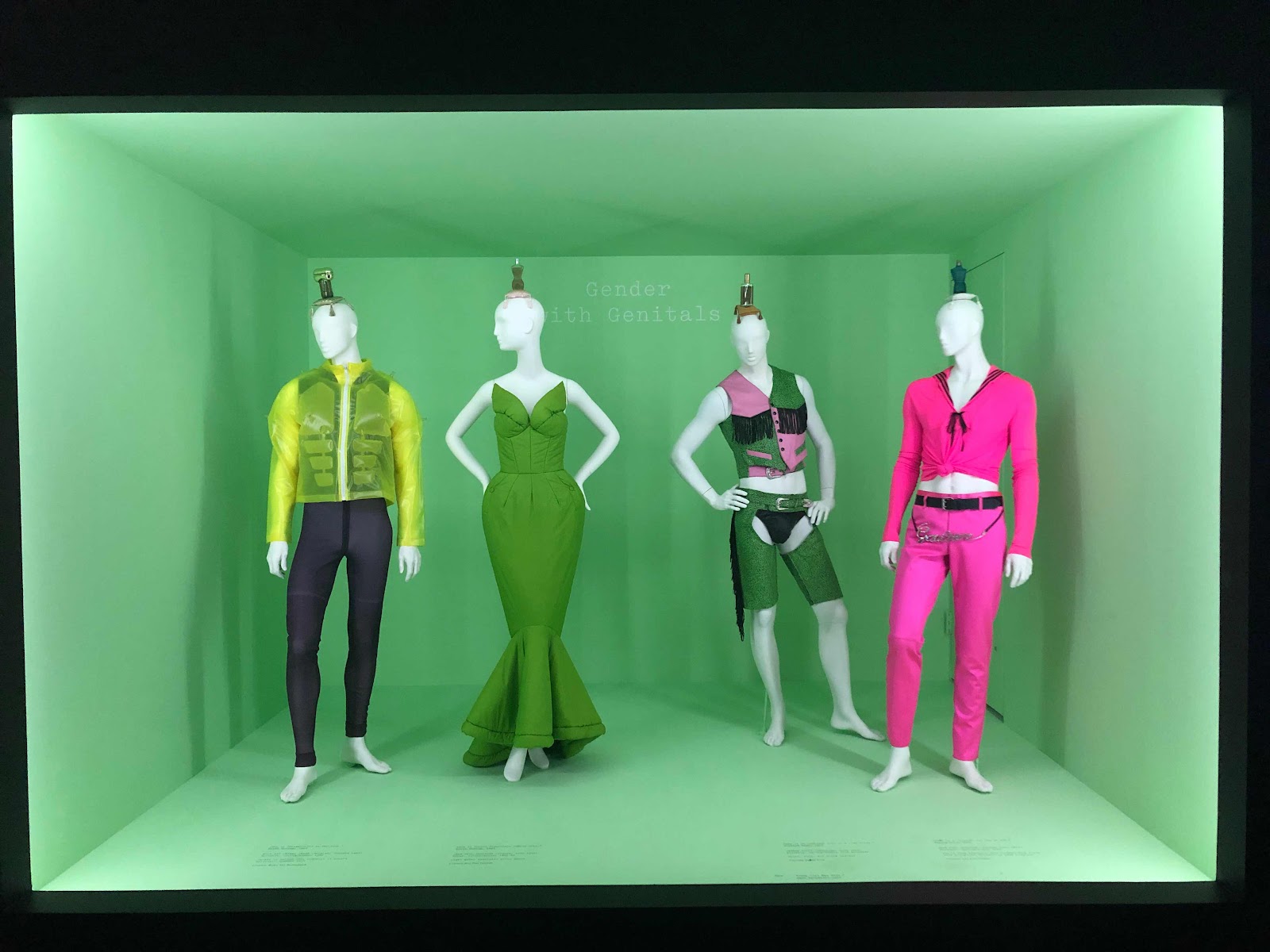 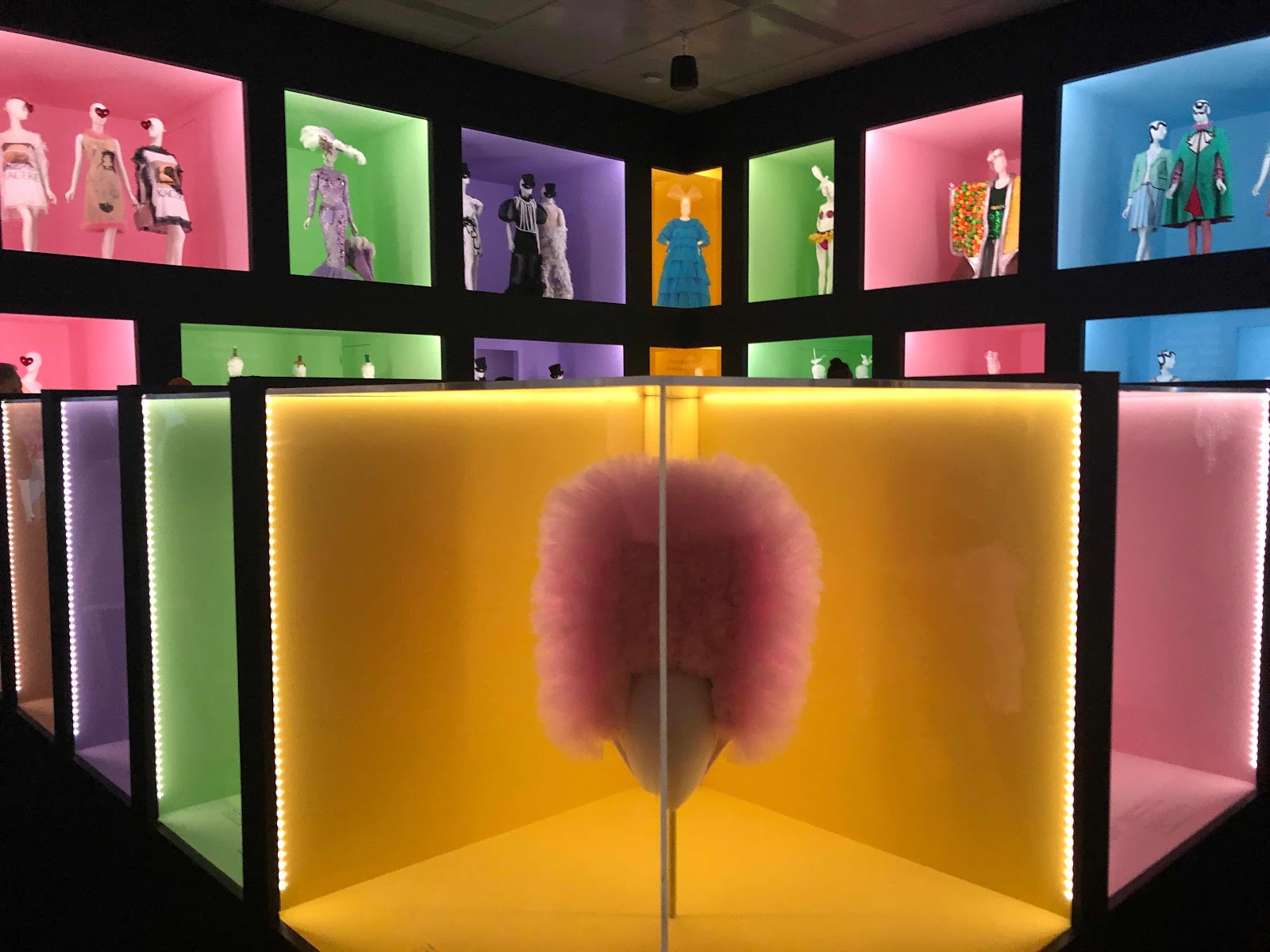 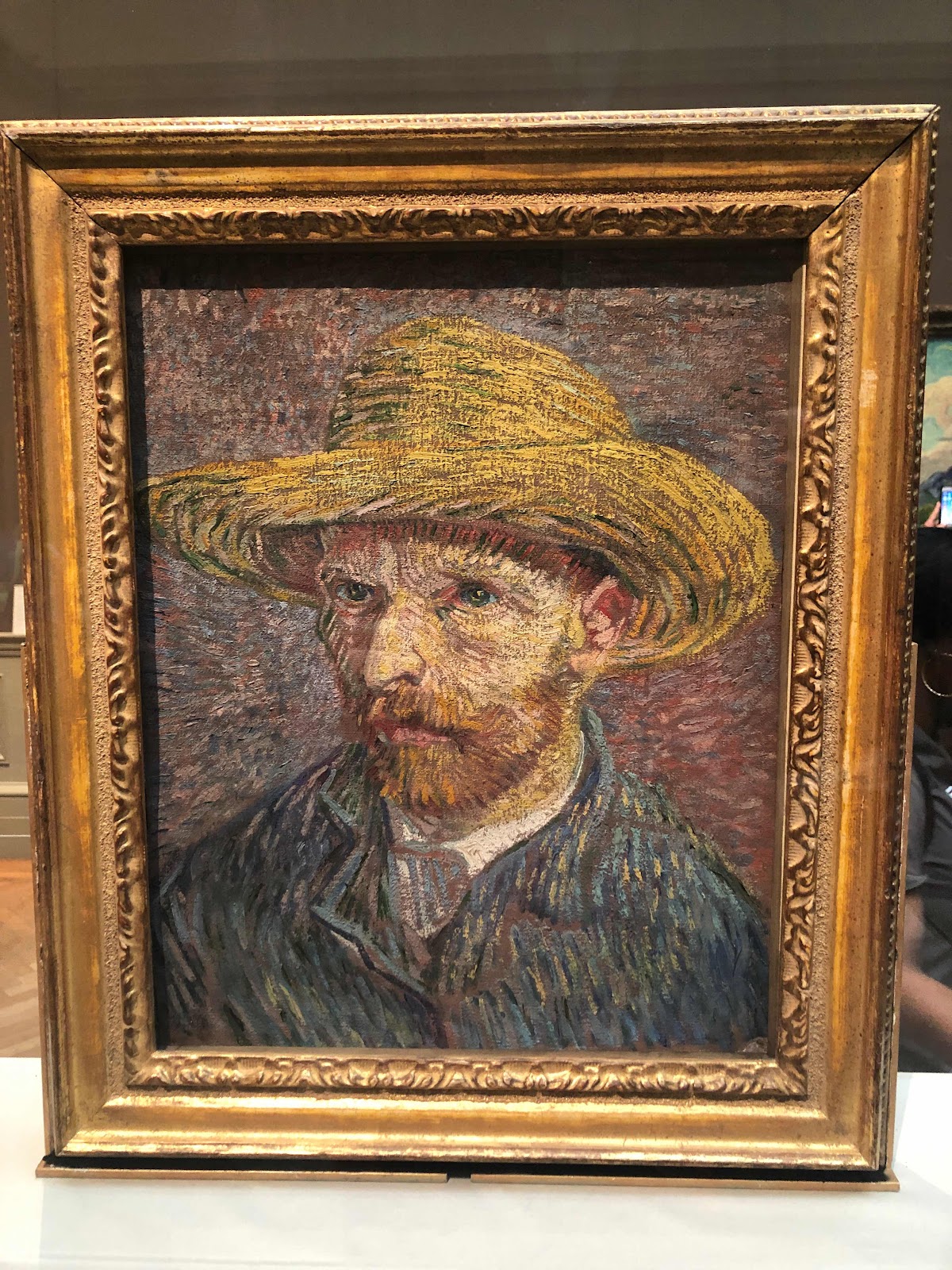 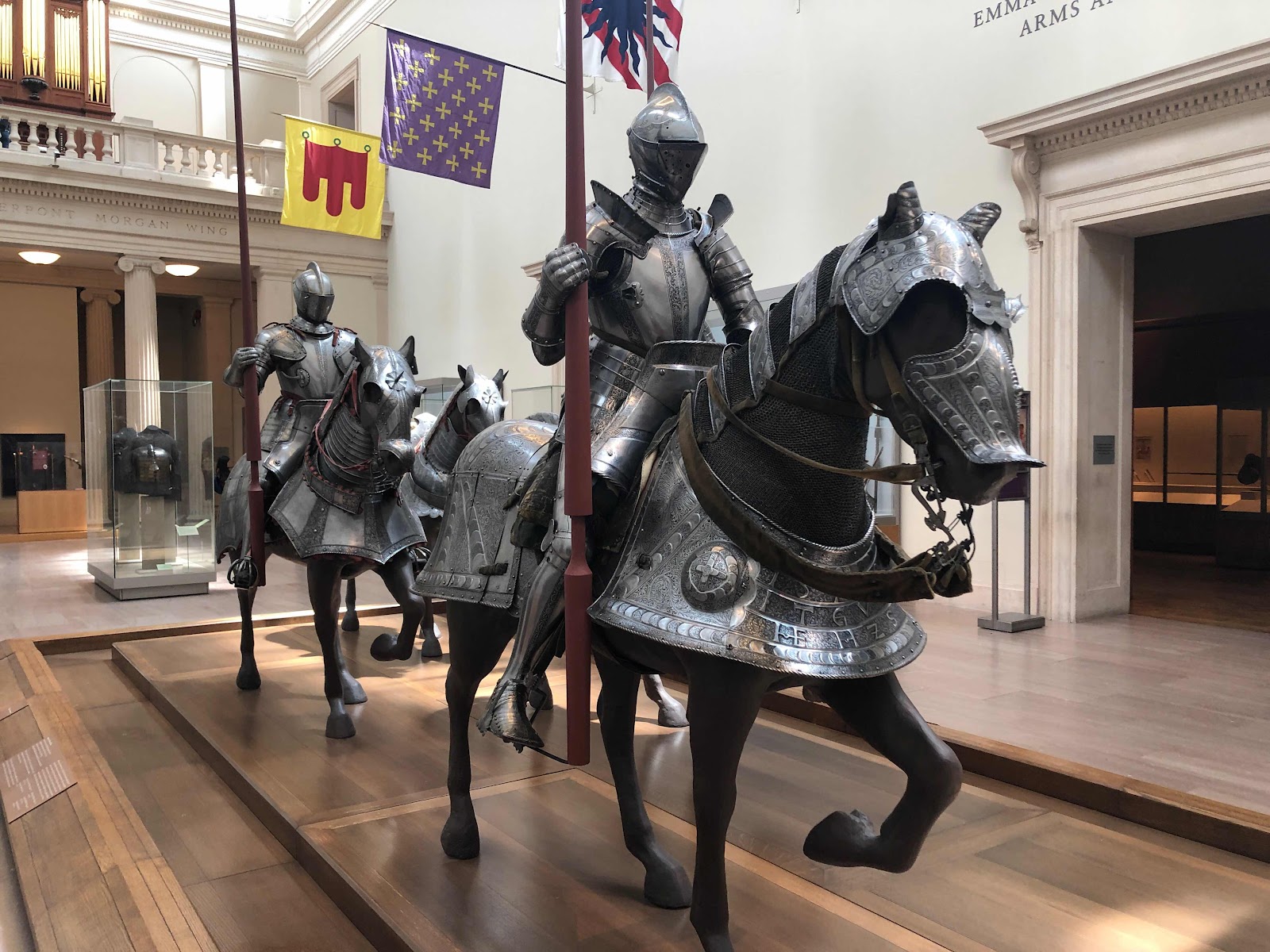 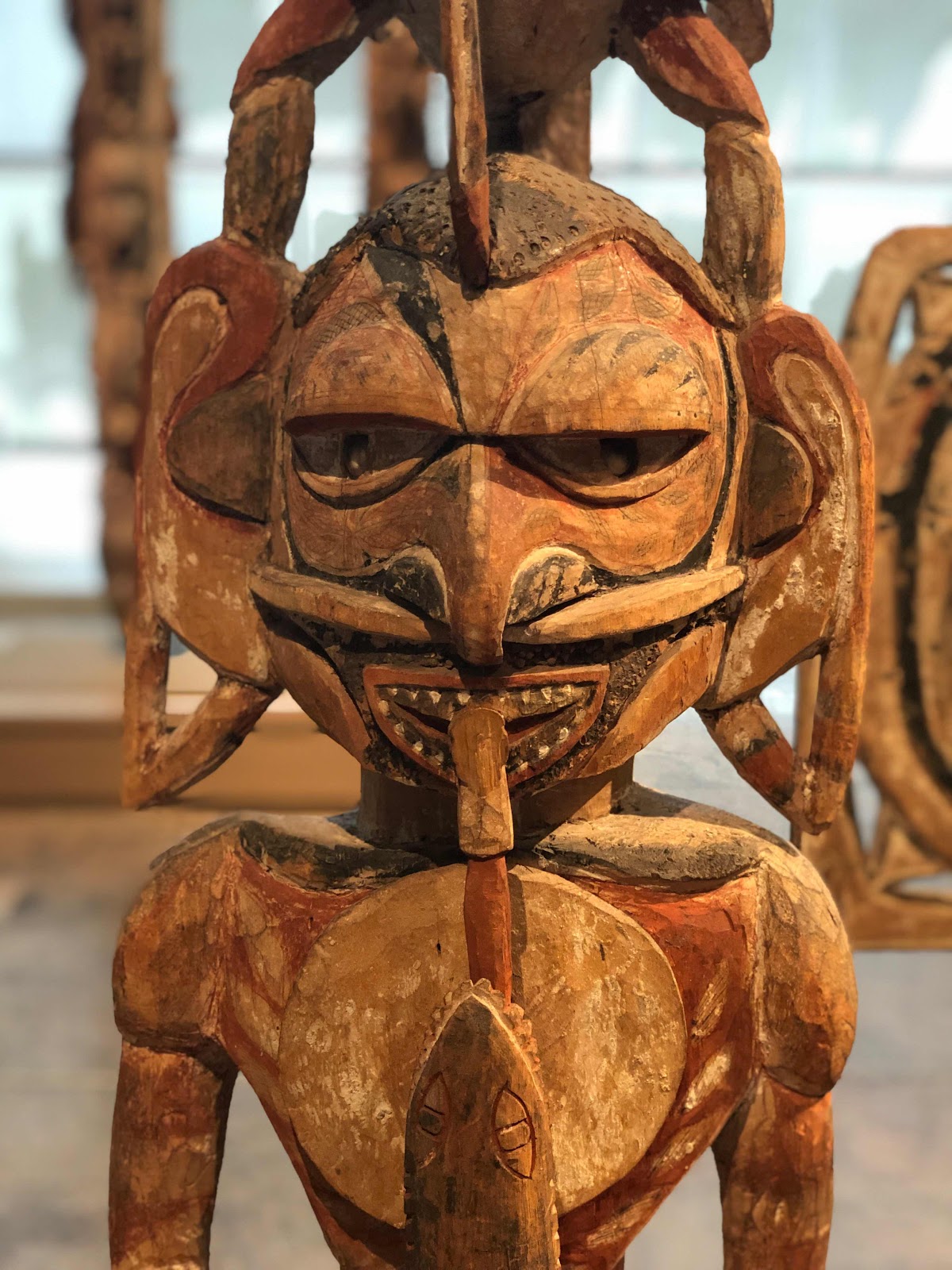 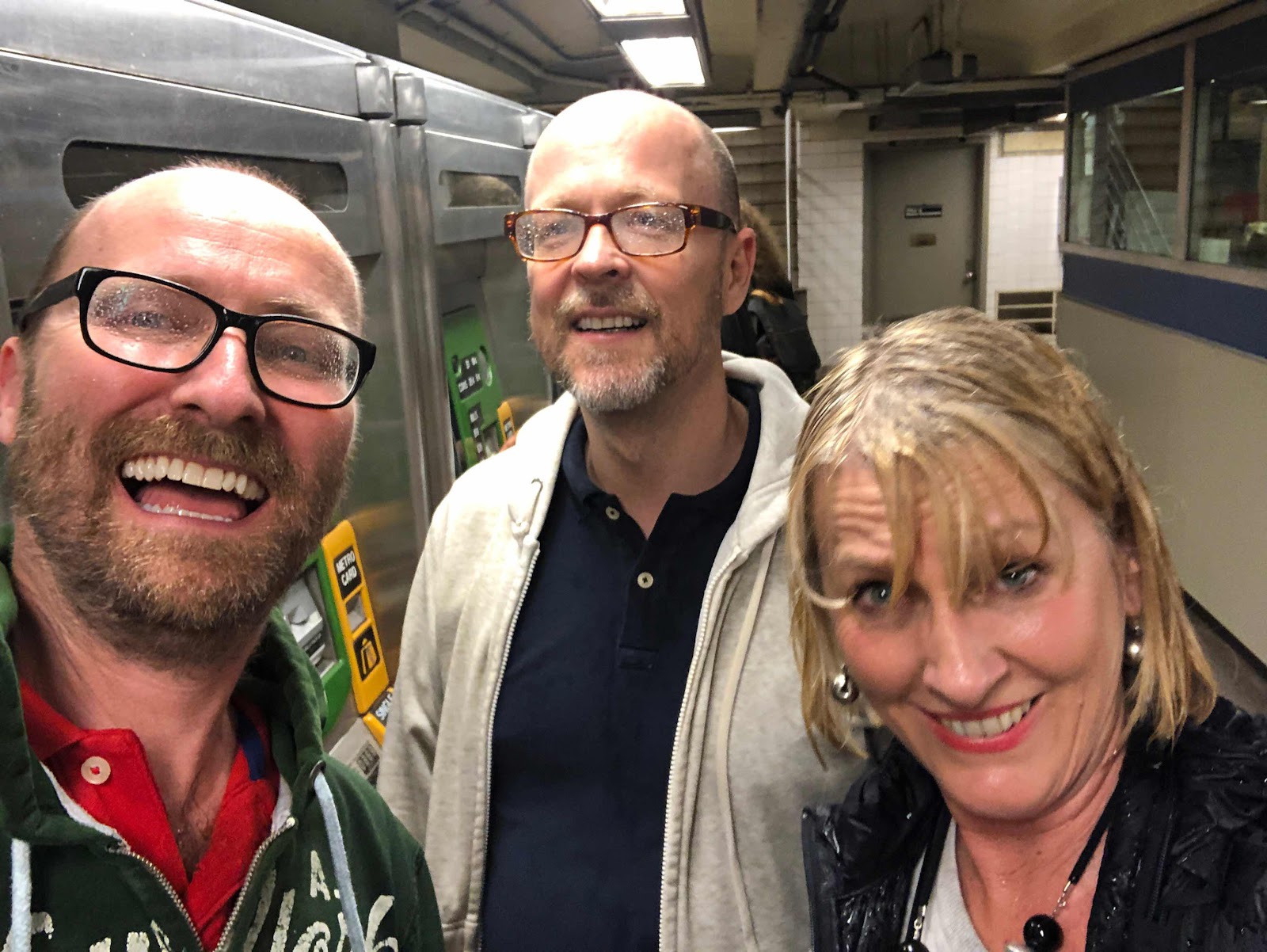