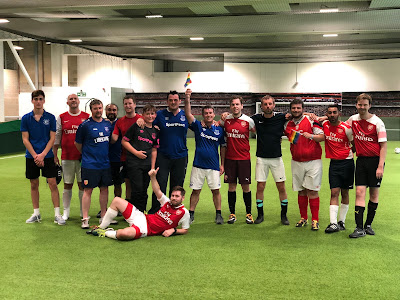 Last Sunday, in the latest great example of Arsenal for Everyone in action, saw a seven-a-side team of the Arsenal Gaygooners take on a team from London Everton Supporters Club at the Arsenal Hub. There was a fierce battle in what turned out to be a 13 goal thriller seeing the LESC win 11 - 2. Keen for revenge, a rematch was hastily agreed for next season. It was fun afternoon demonstrating clearly, if it needs to be said; how football brings people together.

Jonathan Green of Gaygooners says, "Great to meet the boys in blue today. A thrilling match, they played high pressing game and they stayed the distance. We woz robbed though! We made some friends today - Arsenal for Everyone in action."

Speedo Mick of LESC who was playing in his blue speedos to raise awareness of cancer said, "A pleasure to meet you all, a cracking bunch of lads."

The club launched the Arsenal for Everyone initiative back in 2008 as a celebration of the diversity of the Arsenal family. Through a number of initiatives undertaken in the community, inside Emirates Stadium and throughout the club, Arsenal endeavours to ensure that everyone associated with the club feels an equal sense of belonging. 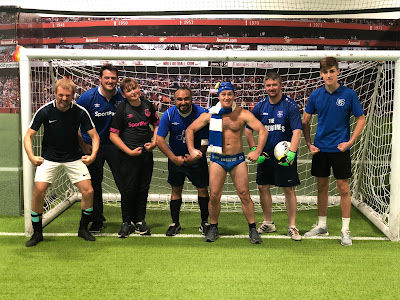 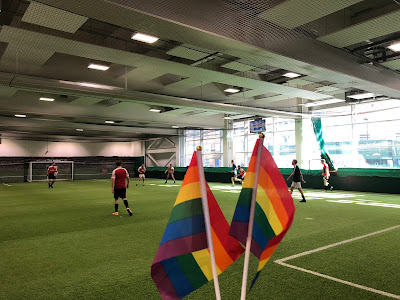 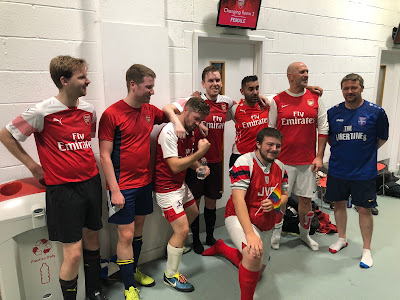 Posted by overyourhead at Monday, September 24, 2018