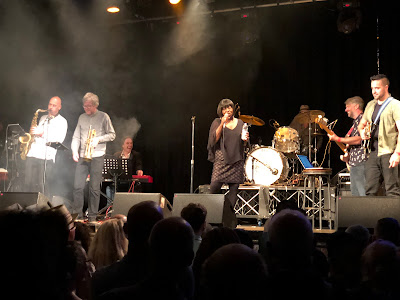 Ann put on a great show, her voice had lost none of it's power, and she had the moves - despite her 68 years. She recorded mainly in the 1970s with her biggest hot being "You're Gonna Miss Me" in 1973.

Her set list last night included; You're Been Gone Too Long, I'm His Wife, It's All Over But The Shouting, You've Been Going Me Wrong For Too Long, Have A Little Mercy, as well as the great You're Gonna Miss Me.

Nice to see a singer that interacts with the crowd, has a good relationship with her (very tight) band, and has a few jokes. About her man... "I did him wrong once, he did me wrong 50 times. Er-hur - that ain't right!"
Posted by overyourhead at Thursday, June 14, 2018