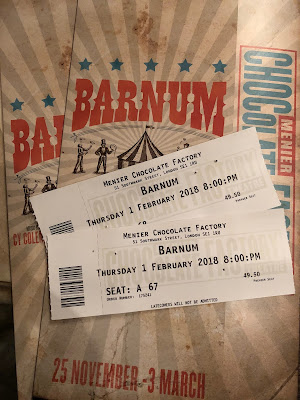 Barnum tells the story of P.T. Barnum, the "Greatest Showman on Earth", who combines razzle-dazzle with charm and brass to sell "humbug" to cheering crowds. It's an upbeat musical portrait of the nineteenth century’s greatest show-biz legend. Barnum is a colourful, dynamic spectacle full of circus, side-show acts, toe-tapping songs and more than little heart.

Sadly, though Marcus Brigstocke's Barnum is a bit of a damp squib. He's not got the voice nor the acting chops to carry off the part.