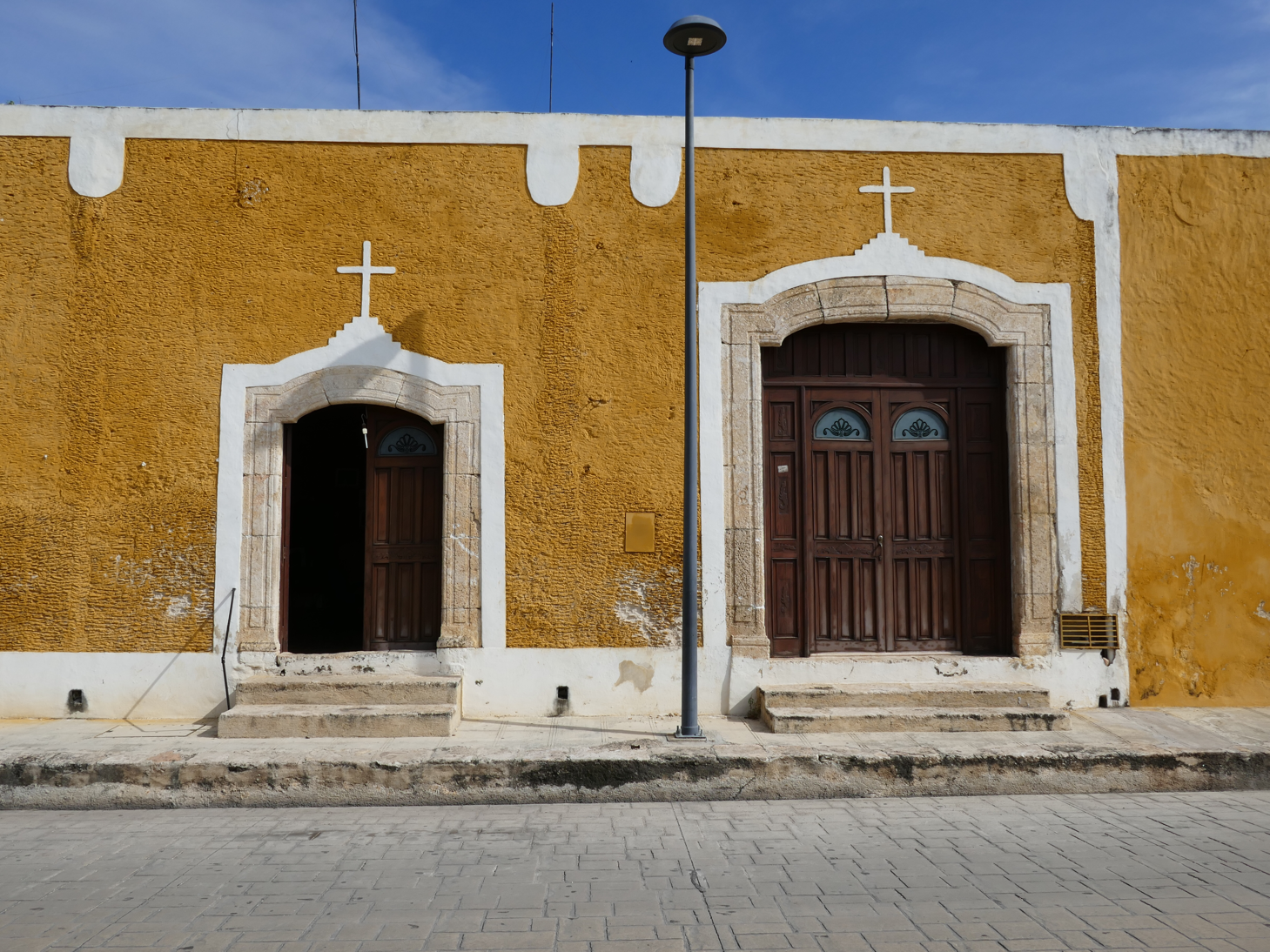 We were collected early from our Merida hotel by the ever-charming Pablo who drove us for the best part of six hours from the wonderful yellow city of Izamal, through to the deep watery sinkholes of Dzitnup Cenote, on to the white sandy beaches of the Mayan Riviera. Quite a daytrip. Izamal is one of the oldest cities in the Yucatán region. Called the City of Hills (spoiler alert: the hills are actually deserted Mayan temples) Izamal is located right in the middle of the Mexican peninsula. The place was conquered by the Spaniards, and the monks in their eagerness to convert the Indians to Catholicism gave the city its religious distinction. To this day, Izamal's people are obsessively devoted to the Immaculate Virgin - hey, they even have a big wooden doll of her that they dress up each year in fresh clothes. Not weird! In ancient times, Izamal was a place for the worship of the Maya God Itzamna, and the sun god, Kinich-Kakmo. A dozen temple pyramids were devoted to these gods (see the previously mentioned hills). These bold expressions of religiosity may be the reason behind the Spanish conquistadors choosing Izamal as the site for the enormous Franciscan monastery - The Convento de San Antonio de Padua - which still stands at the heart of the town on top of the main Mayan temple they found there.
The place is now nicknamed 'La Ciudad Amarilla' (the yellow city) since this is the hue of the majority of the buildings. After Izamal we headed on to the beautiful Dzitnup Cenote, where you went swimming in a cenote, a natural subterranian sinkhole created from collapsed limestone rock. The place was a bit scary to be honest. Dark, deep underground, full of blind fish, and of unknown depth. But great fun. Hey, I even came across some Mayas(!) 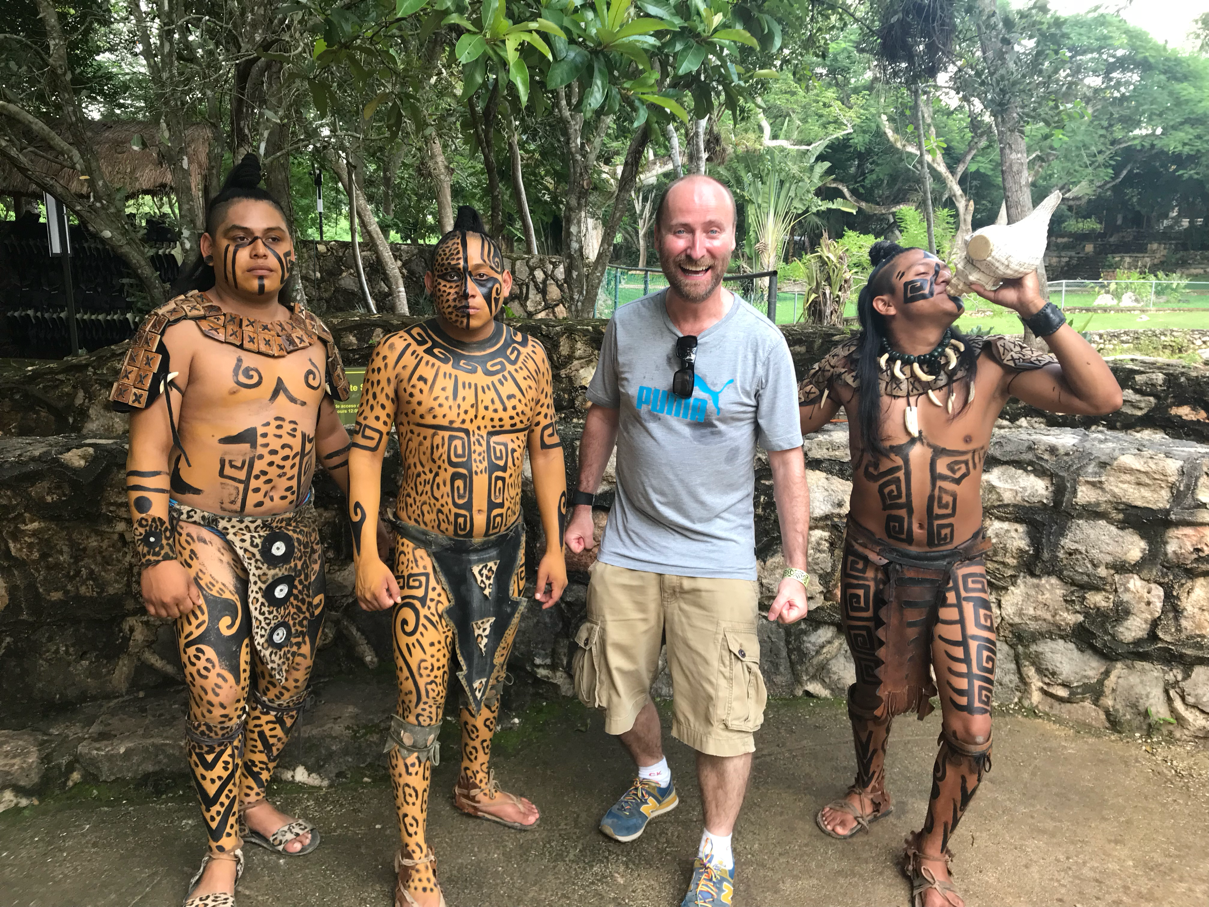 After spending some time there we drove to our beach hotel on the Mayan Riviera. It was a great find. Beautiful white sand and lovely sparkling clear turquoise waters. We might stay here a bit! 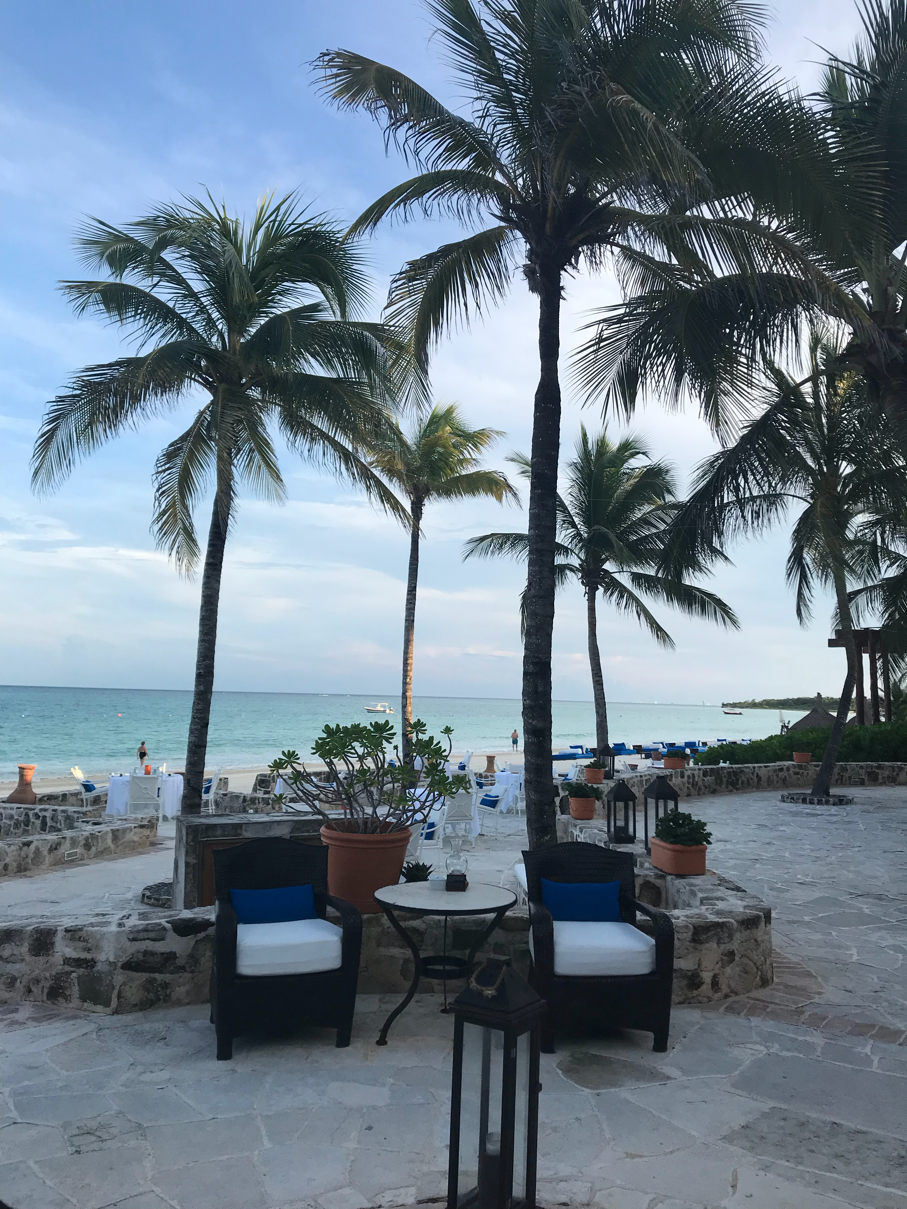 Posted by overyourhead at Wednesday, October 18, 2017