Amazing. When he soared, boy did he soar - @MarcAlmond #ShadowsAndReflections #RFH ... 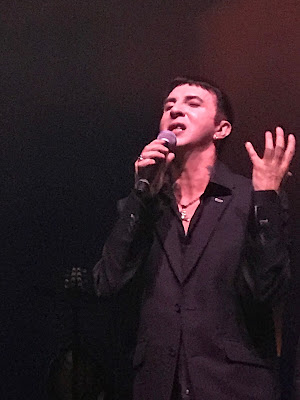 Last night Stuart and I went to Marc Almond kick off his Shadows and Reflections Tour at the Royal Festival Hall in London's glitzy South Bank Centre.

I simply loved it. I had tears in my eyes for a few of the songs. I love his new album of 1960s covers Shadows and Reflections which he is currently promoting so I guess I was bound to love the show from the get-go. But having a 20-piece orchestra on stage (including a full complement of backing singers) to fully recreate that dramatic exuberance of the songs was just the icing on the cake.

The songs on the album are pure gold written by the likes of Burt Bacharach, The Action, The Yardbirds, Bobby Darlin, Julie Driscoll, Billy Fury and the Young Rascals. Marc had thrown in a couple of self-penned songs too - Embers and No One to Say Goodnight To - that actually stand up quite well to comparison to the standards.

Marc was on good form on stage, a little nervous at times perhaps being the first night, but when he soared boy did he soar. Hey, he even hit some of the right notes (joke!)

The first half was largely recreating the new Shadows and Reflections album plus a few other orchestral versions of favourites tacked on the end including The London Boys, The Days of Pearly Spencer, Something's Gotten Hold of My Heart and closing with I Close My Eyes and Count to Ten.

After a brief pause Marc was back to revisit more of his back catalogue and the full-on orchestral versions were a joy to hear.

He performed songs from the Heart On Snow album including The Storks (now renamed The Cranes), The Sun Will Rise, What Makes a Man a Man, Child Star, If You Go Away, Adored and Explored, My Hand Over My Heart, Jacky, Torch, A Kind of Love, and a glorious mashup finale of Tainted Love and The VelVets' I'm Gotta Find Me Somebody. 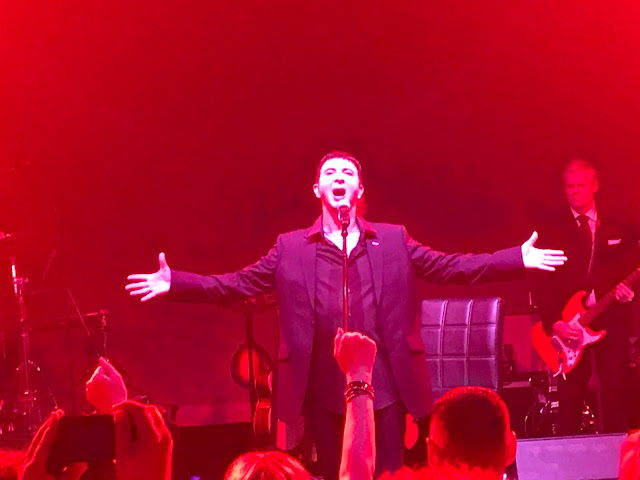 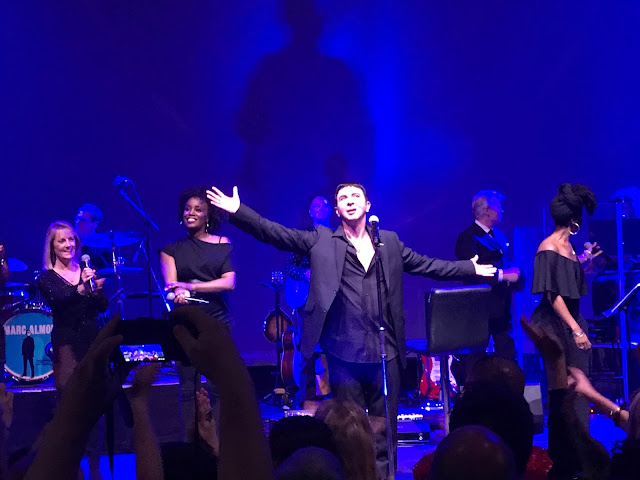 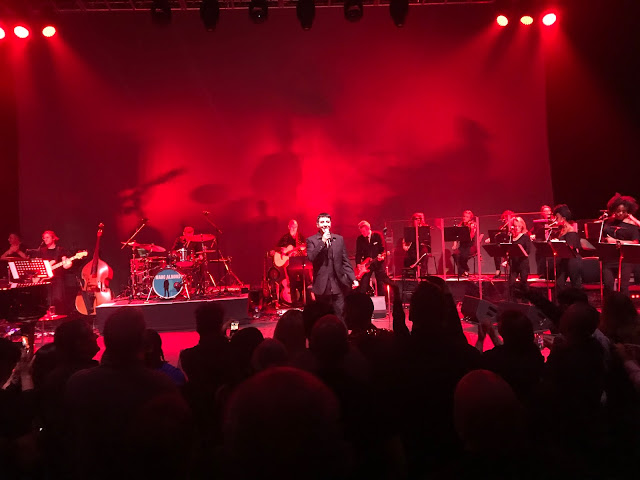 Posted by overyourhead at Wednesday, October 04, 2017