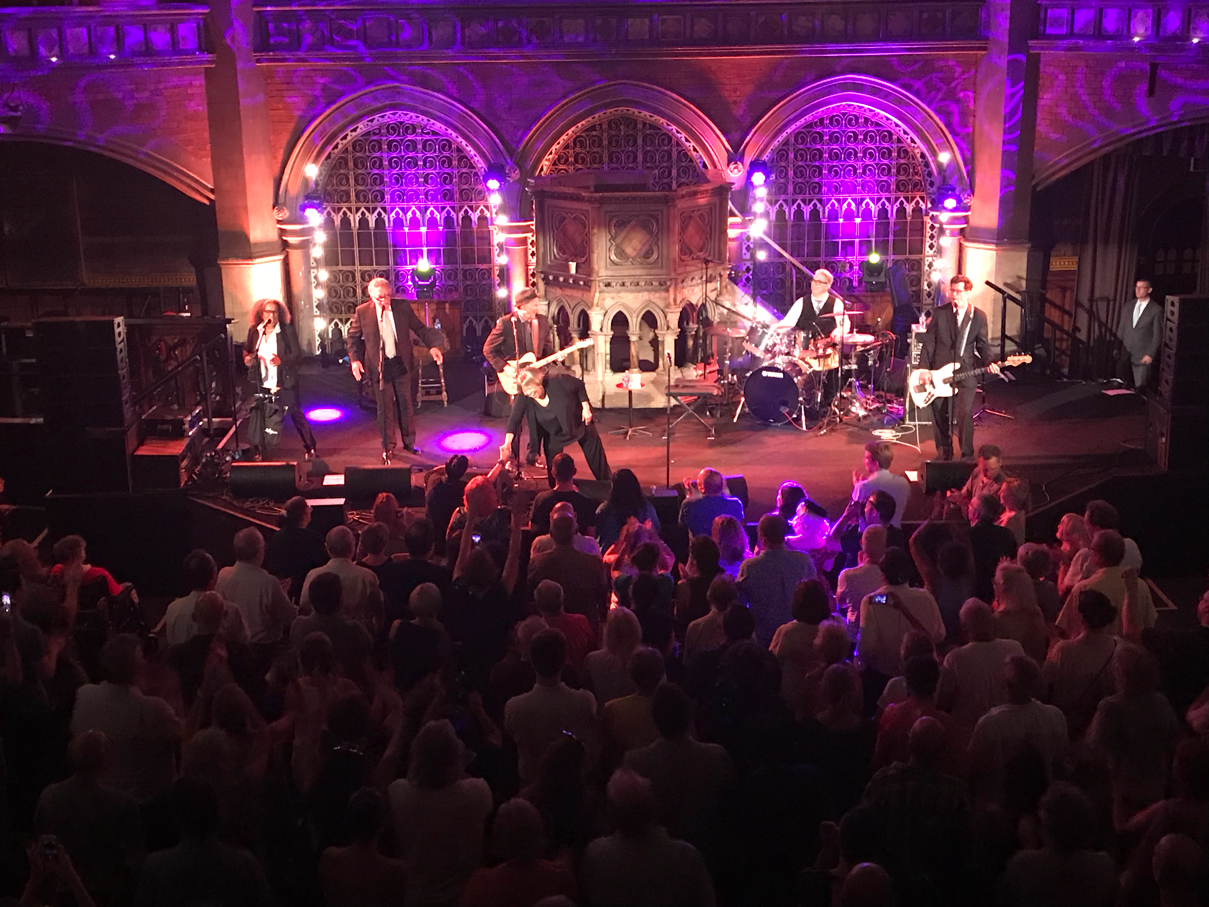 Last night Stuart and I went to see the wonderful Mavis Staples perform at the Union Chapel in London's glitzy Islington.

The opening act was The James Hunter Six who stormed the place. Funny, engaging and with an amazing voice James and his gang got the place rocking for a full hour.

Then after a brief interlude the main event, the main woman, Miss Mavis Staples.

Backed with a small band and two backing singers - who in of themselves could have held the place - Mavis was simply a marvel.

A bundle of energy Mavis did not so much sing the songs as own them. Her voice rose and soared filling the Union Chapel as she powered her way through such gems as Buffalo Springfield's For What It's Worth, The Fisk Jubilee Singers' Wade in the Water, Touch A Hand Make A Friend, If You're Ready (Come Go With Me), and of course The Staples Singers' classic hit I'll Take You There.

Mavis was lovely and chatty too telling us stories of people she had met and worked with over her 66-year music career.

She even did a joyous mashup of The Staples Singers' classic hit Respect Yourself with Otis Redding's classic Respect managing to include a story about Aretha Franklin thwacking her husband.

Her diminutive statue belied her powerful and tuneful voice. Yes, at the age of 77, she's still got it.

The stand-out song of the night for me was her cover of Talking Heads’ Slippery People. Wonderful.

Love from the bottom to the top.