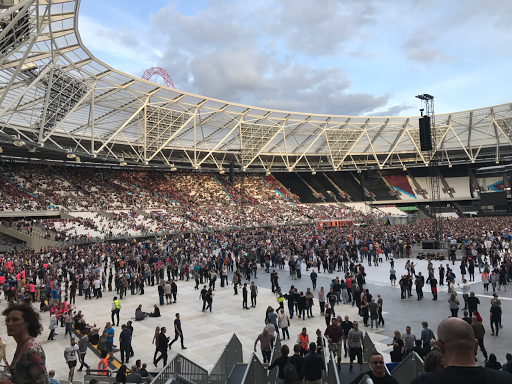 Last Saturday Stuart and I went to see Depeche Mode at the London Stadium in Stratford's Olympic Park.

What has become West Ham FC's home ground, the old Olympic stadium was converted for the night to house Depeche Mode's biggest home crowd - 80,000 people packed in for a sold out show from Basildon's finest.

Synopsis: The sound was shit, the beer overpriced but the boys did a great show. It was an uplifting, intense music gig that easily demonstrated why they are considered one of the world’s most celebrated live acts.

Dancing and prancing the energetic Dave Gahan took to the stage with hair slicked back like Salvador Dalí or Freddie Mercury in his triumphant days. He stalked the stage, flapping his elbows like a chicken, pirouetting, windmilling and grabbing his crotch, at one stage toppling over at the exertion of it all. 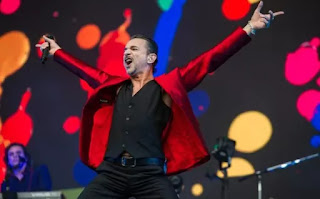 The gig was effectively in three parts.

The least effective part was perhaps their new material with songs from their latest album Spirit – such as Where’s the Revolution? and Poison Heart. Good songs but not classics.

The second part was Martin Gore's piano balladeering and lead vocals on songs like A Question of Lust, Somebody and Home were lovely - hushed and reflective, the crowd sang along with every note.

But it was the final part – the late 80s / early 90s classics - that had everyone singing and dancing like lunatics. Enjoy the Silence was received with nothing short of rapture. The 1986 single Stripped also went down a storm. But it was the 1983 fan-favourite that preceded it that provided the night’s highlight. There can’t be many songs about corporate greed and corruption that prompt 80,000-strong mass singalongs. But in Everything Counts, Depeche Mode have such a song. It’s a ridiculously catchy slice of stadium pop. As was 1987’s Never Let Me Down Again, which closed the main set.

My only minor quibble with an almost perfect set would have been to not perform David Bowie’s "Heroes" as part of the encore but to get the crowd into a further frenzy with something like Just Can’t Get Enough.

Having said that, Personal Jesus – from the Violator album – was as stompy and forboding and gripping as ever to close the night.

Encore:
Somebody
Walking in My Shoes
"Heroes" (David Bowie cover)
I Feel You
Personal Jesus 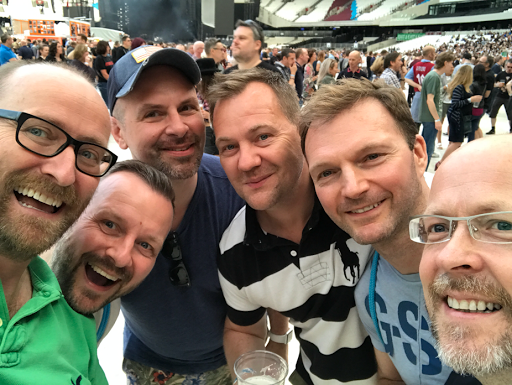 Posted by overyourhead at Wednesday, June 07, 2017