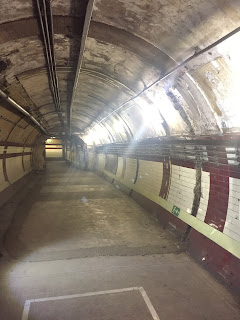 Last Saturday night Stuart and I went down Down Street. Down Street is a long abandoned tube station on the Piccadilly Line between Hyde Park Corner and Green Park that having closed in 1932 then found a use during World War II as a place to run the Railway Executive Committee operations and was also used by Winston Churchill. Much of the wartime repurposed structures are still there. Both east and westbound platforms still have the shells of offices and bedrooms still on them and we had the chance to walk through them within inches of the tube trains as they sped past. The place was dark, damp, rusting, dirty and musty. But it gave us a fascinating trip back into the past. The five London Transport Museum volunteers were very enthusiastic in pointing out where the offices were, the bedrooms, the toilets, the mess, the typing pool, the kitchen, the generator and the switchboard. Down Street station was ideal as a WWII centre of operations for five reasons: 1. is was already closed due to lack of use so ready to go 2. it is centrally located in London 3. it is 22m below the surface so pretty much bombproof 4. London Underground hadn't been able to get premises on Piccadilly so the entrance was down a side street meaning away from prying eyes 5. because the station entrance was a bit away from the actual Piccadilly Line meant that there were two long tunnels connecting the station to the track - the ample space was ideal for conversion to offices and living spaces. If you get a chance to go Down, do. 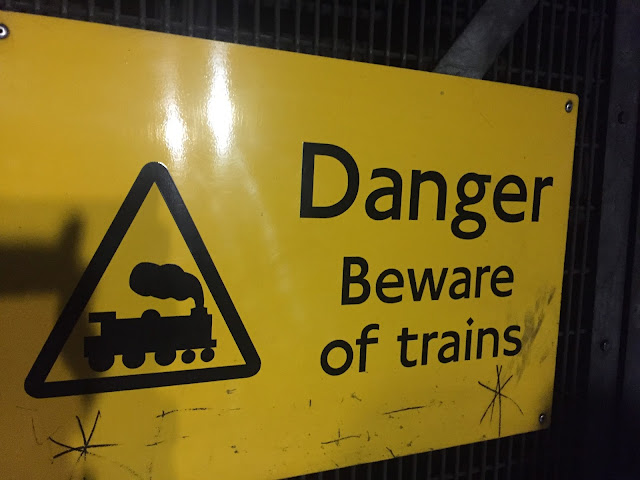 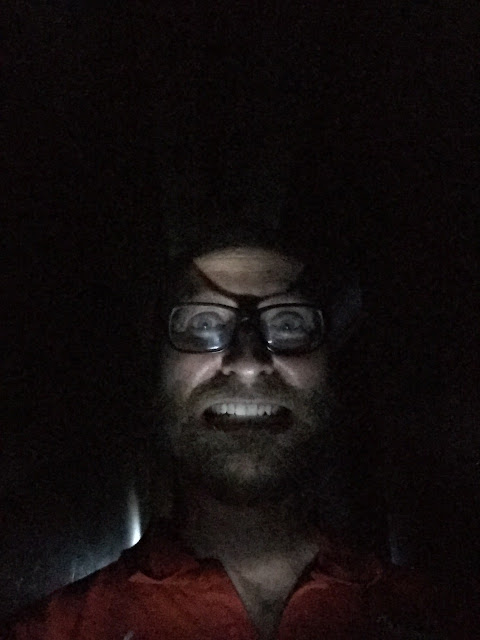 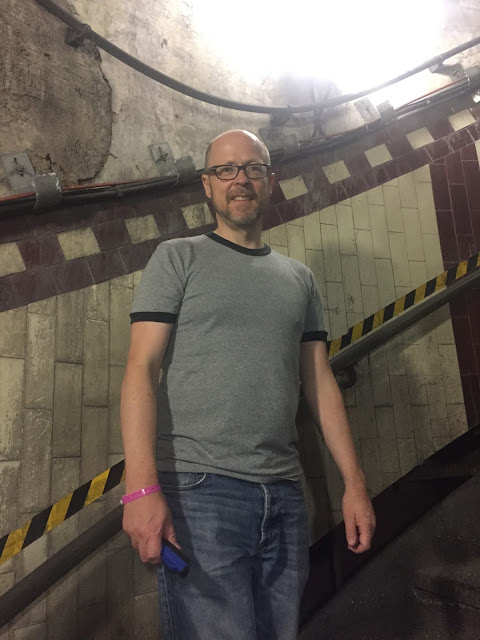 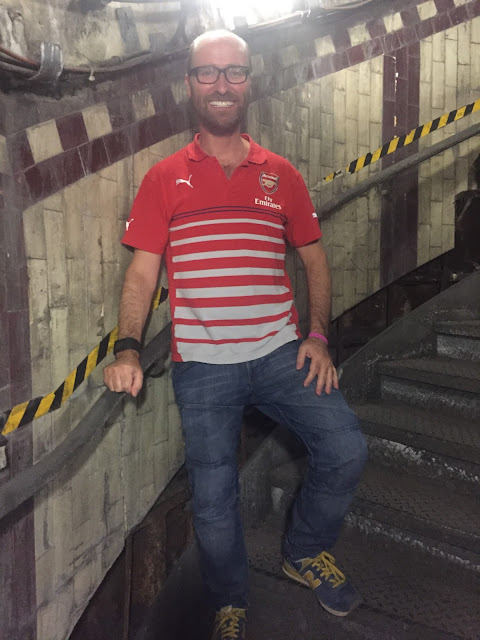 Posted by overyourhead at Monday, September 05, 2016