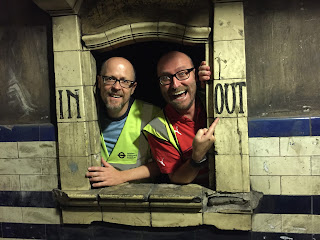 The original three stations were:-

When these three stations were first brought together into one big rambling station a lot of new tunnels had to be built to connect them all together.

However the whole Euston station got demolished and rebuilt in 1962 - described as "one of the greatest acts of Post-War architectural vandalism in Britain" – which meant many of these connecting tunnels became surplus to requirements and were subsequently blocked off to the public. This turned those tunnels into time capsules containing a gallery of preserved vintage advertising poster fragments that have been concealed for nearly 60 years.

So it was with some excitement we donned our hi-vis jackets and began to explore the labyrinth of dark and disused passageways which were once used by the travelling public.

We took lots of snaps of course and the tour had frequent stops to explain how the old tube lines and stations functioned and how now they have had a new lease of life as ventilation shafts to keep the underground cool(ish) and full of fresh(ish) air.

When the Victoria Line was built in the late 1960s a huge new ventilation tunnel was built that we were allowed to walk along and could look down through the vents at the people on the platforms below. Cool. 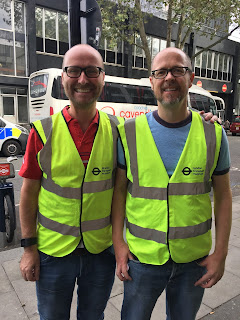 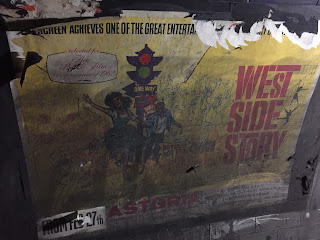 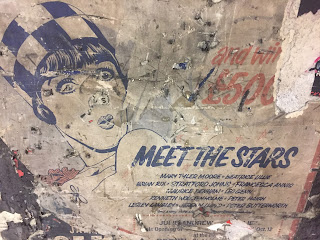 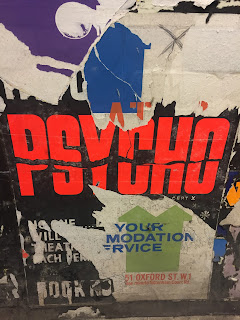 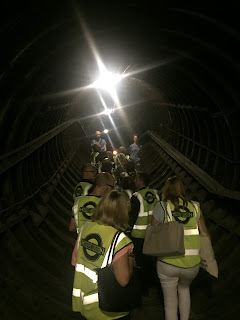 Posted by overyourhead at Wednesday, September 28, 2016