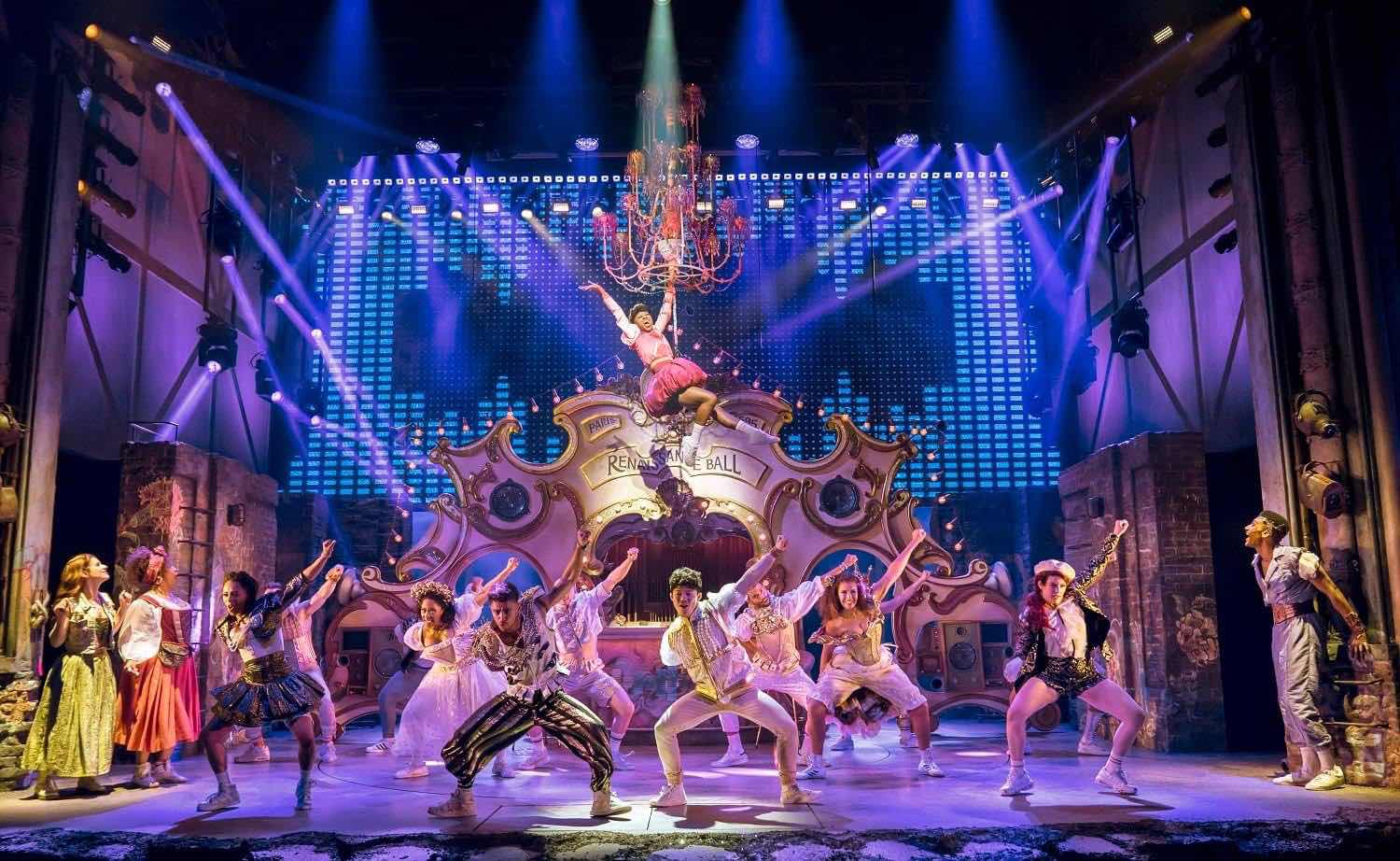 Cut to the chase: It was shit. And a mess. A shitty mess.

Ok, let me explain a bit more... & Juliet features the music of Swedish pop songwriter Max Martin, with a book by David West Read. The story focuses on a 'what if' scenario, where Juliet does not die at the end of Shakespeare's Romeo and Juliet.

"What's in a name, anyway? That which we call a nose by any other name would still smell."

Playing like a badly thought-out end of term skit at a sub-par stage school the 'comedy' is lame, the plot eye-rollingly bad, the acting dreadful, and singing barely passable.

The songs are crow-barred in so badly it would make any other self-respecting jukebox musicals squirm with embarrassment. "At least it's not as bad as Bat Out Of Hell" is small compliment.

Judging by the half-empty auditorium word has got around.

The karaoke-slaughtered songs (or parts of them) were:-

Larger than Life
I Want It That Way
...Baby One More Time
Show Me the Meaning of Being Lonely
Domino
Show Me Love
Blow
I'm Not a Girl, Not Yet a Woman
Overprotected
Confident
Teenage Dream
Oops!... I Did It Again
I Kissed a Girl
It's My Life
Love Me Like You Do
Since U Been Gone
Whataya Want From Me
One More Try
Problem
Can't Feel My Face
That's the Way It Is
Everybody (Backstreet's Back)
As Long as You Love Me
It's Gonna Be Me
Shape of My Heart
Stronger
Fuckin' Perfect
Roar
Can't Stop the Feeling!
Posted by overyourhead at Friday, February 11, 2022