Last Saturday morning Stuart and I went to see the Francis Bacon: Man and Beast show at the Royal Academy of Arts in London's glitzy West End.

As you may know, artist Francis Bacon was one of the most important painters of the 20th century. What you may not know is, he was an Irish-born, horse-breeder’s son.

An openly gay man at a time when homosexuality was illegal, he was banished from his conservative family home by his father at 16. After that, he drifted through Berlin and Paris before establishing himself in London, with his formative years running parallel with some of the 20th century’s most profoundly disturbing events.

This powerful Man and Beast exhibition focuses on Bacon’s unerring fascination with animals: how it both shaped his approach to the human body and distorted it; how, caught at the most extreme moments of existence, his figures are barely recognisable as either human or beast.

It also explores how Bacon was mesmerised by animal movement, observing animals in the wild during trips to South Africa; filling his studio with wildlife books, and constantly referring to Eadweard Muybridge’s 19th-century photographs of humans and animals in motion. Whether chimpanzees, bulls, dogs, or birds of prey, Bacon felt he could get closer to understanding the true nature of humankind by watching the uninhibited behaviour of animals.

Spanning Bacon’s 50-year career, highlights of the show included some of Bacon’s earliest works and his last-ever painting, alongside a trio of bullfight paintings which will be exhibited together for the first time.

Seen together, these raw expressions of anxiety and instinct – both animal and human – feel poignantly relevant today. 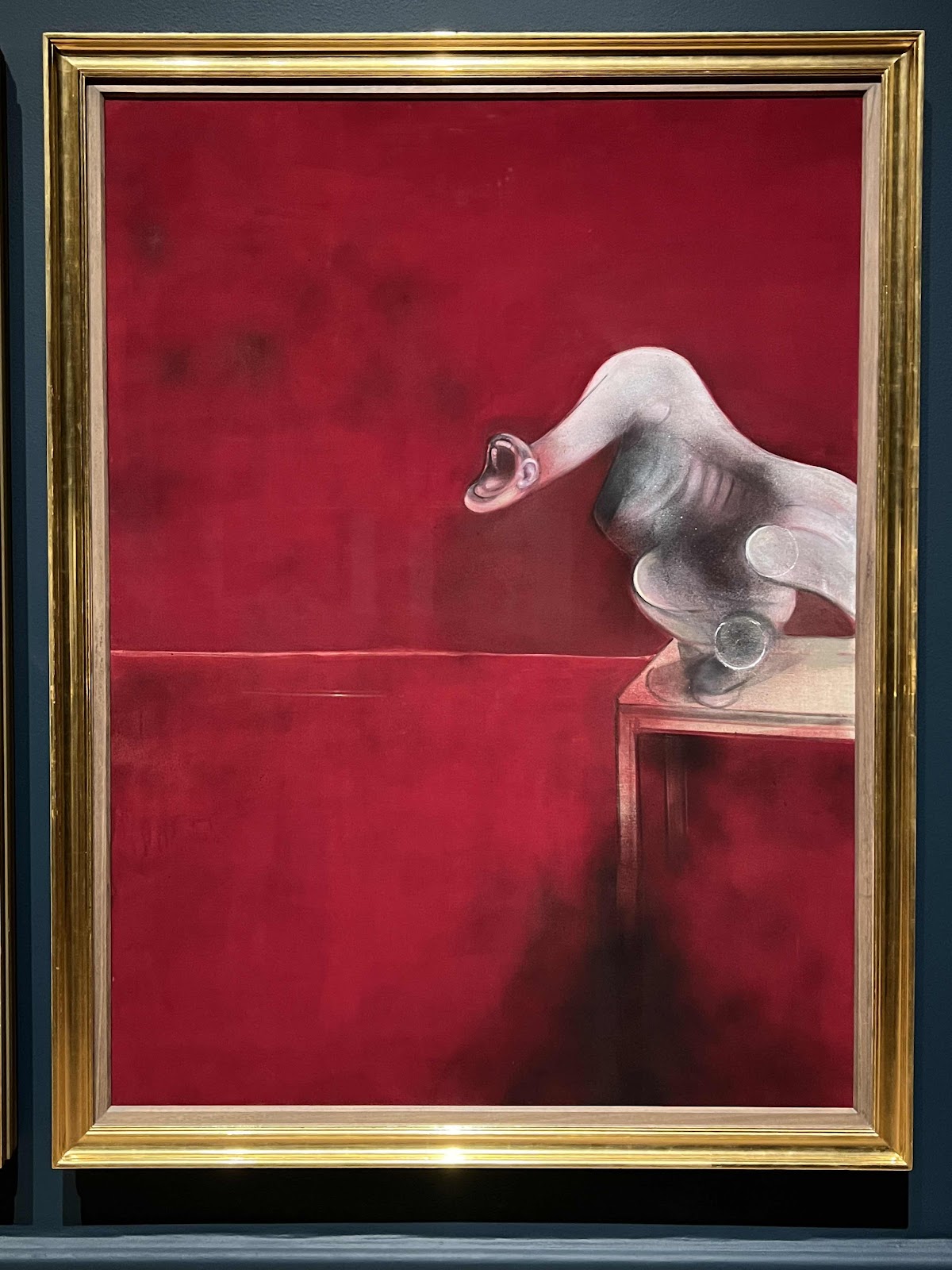 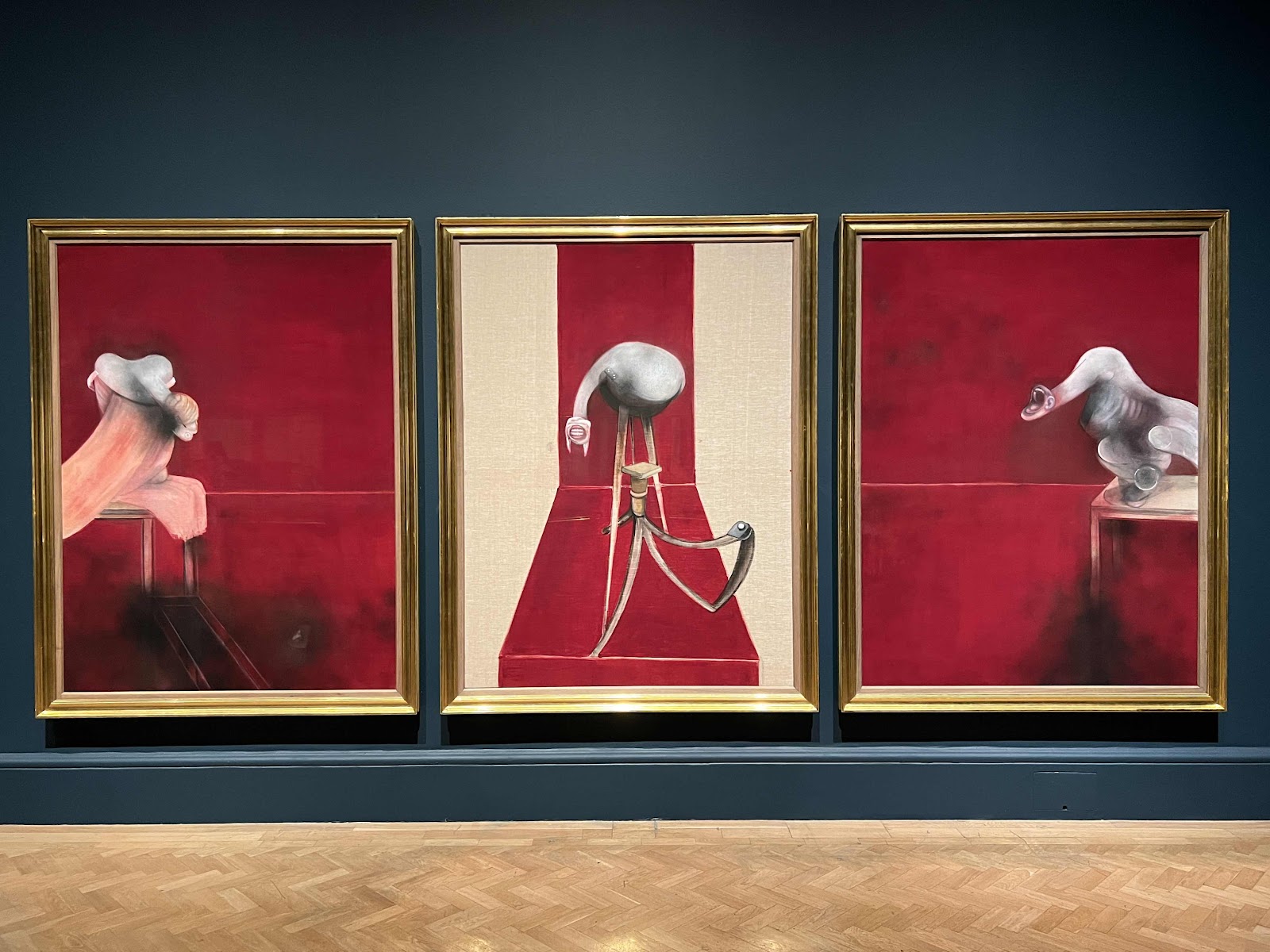 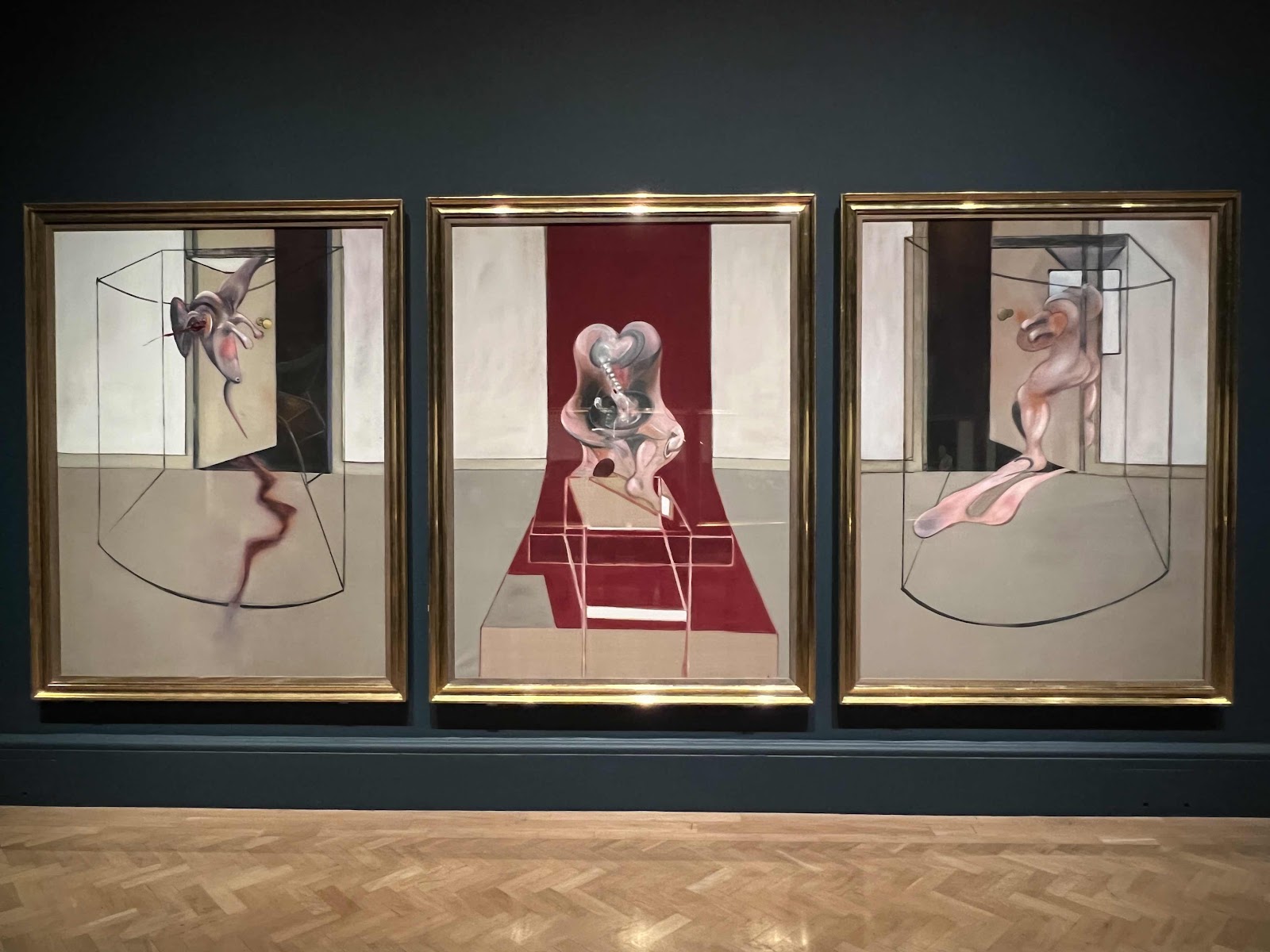 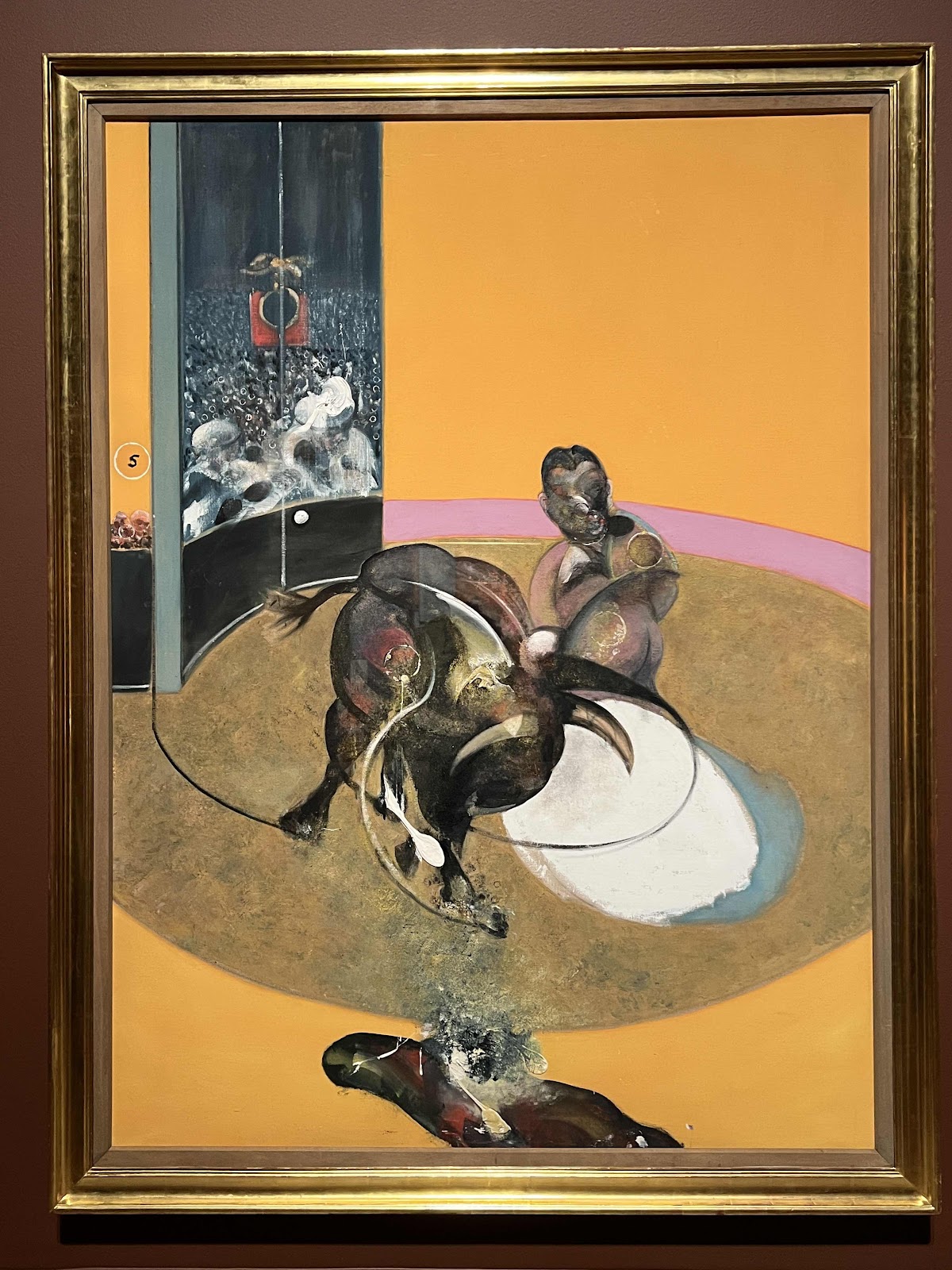 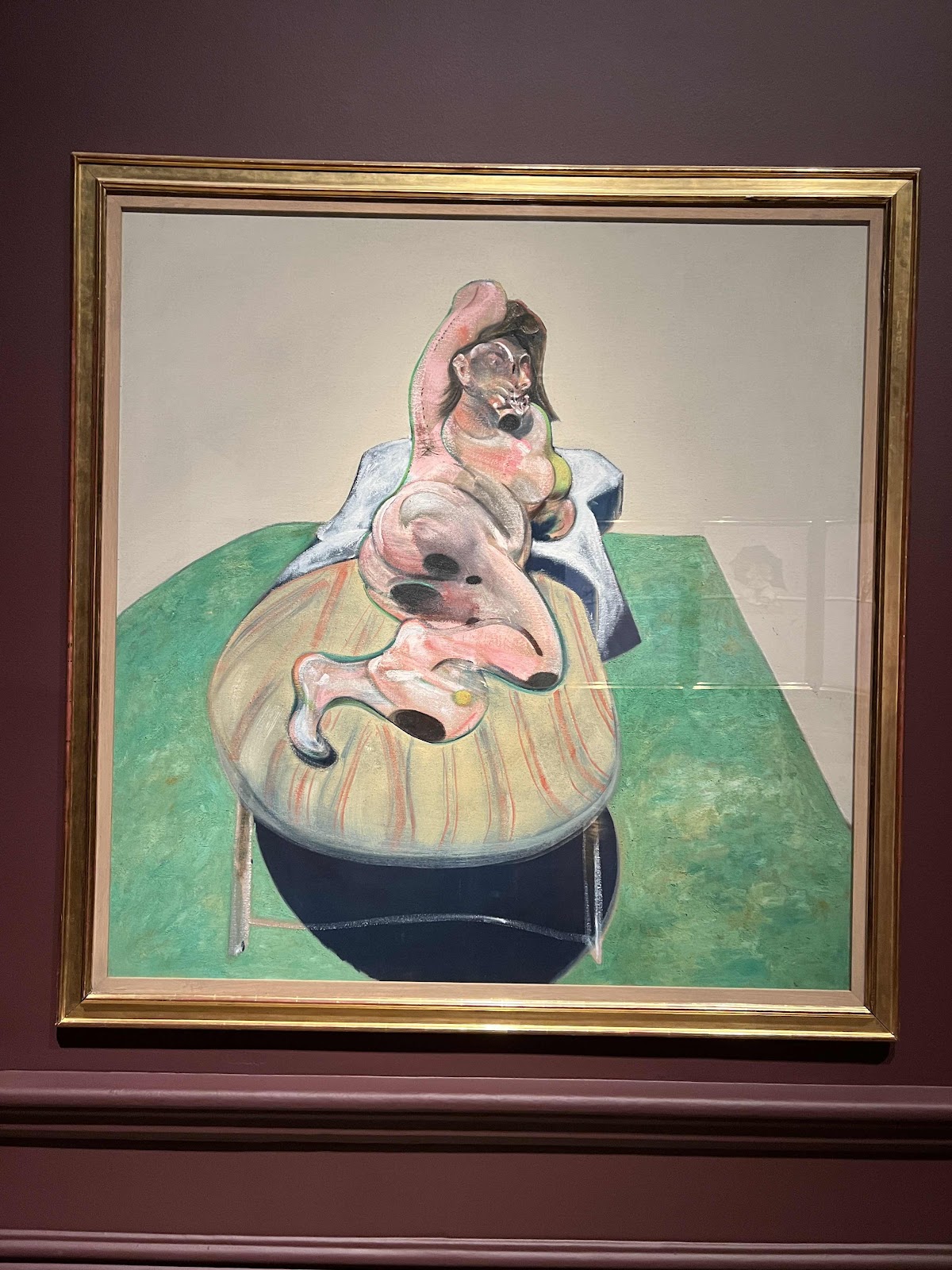 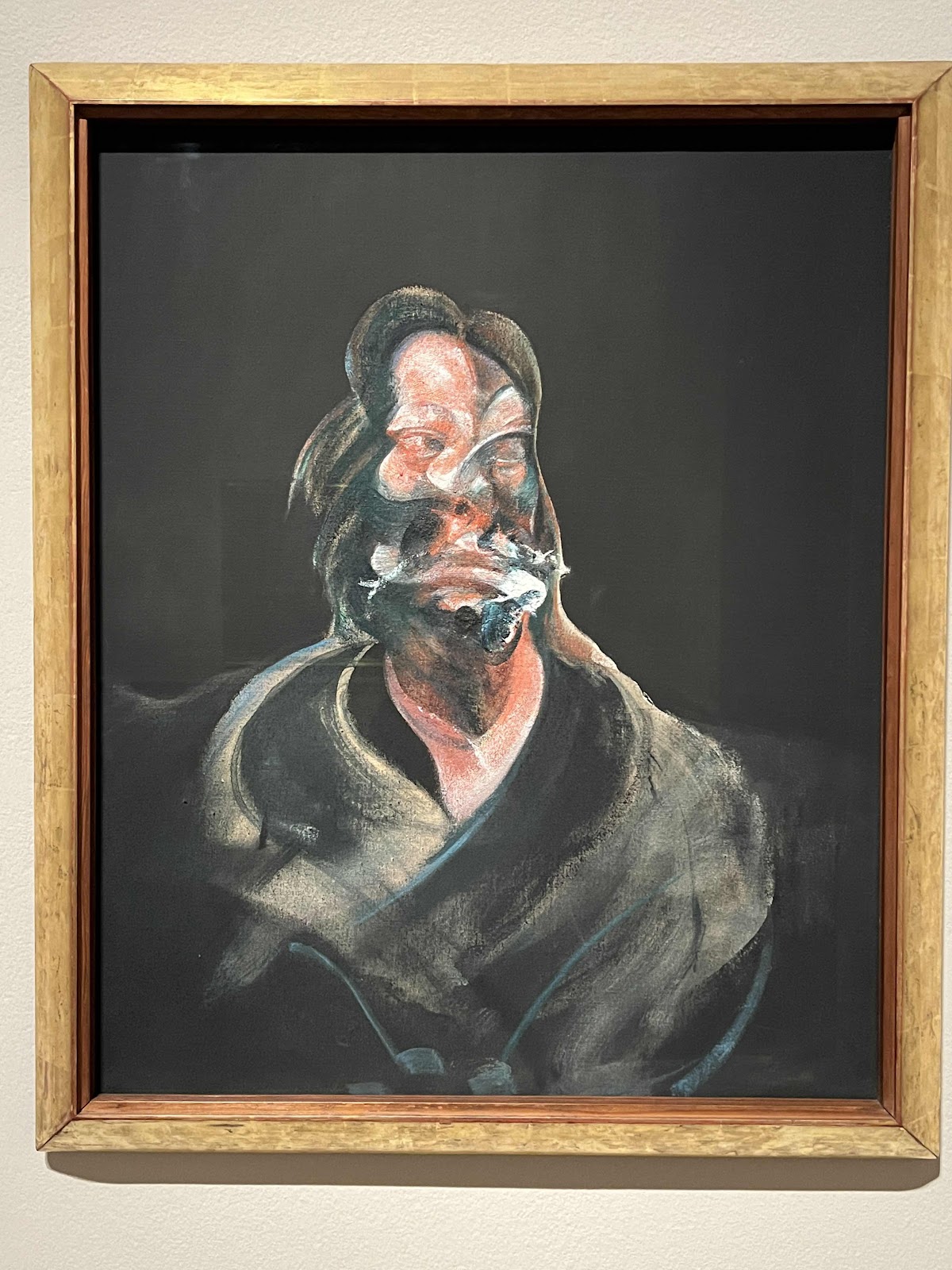 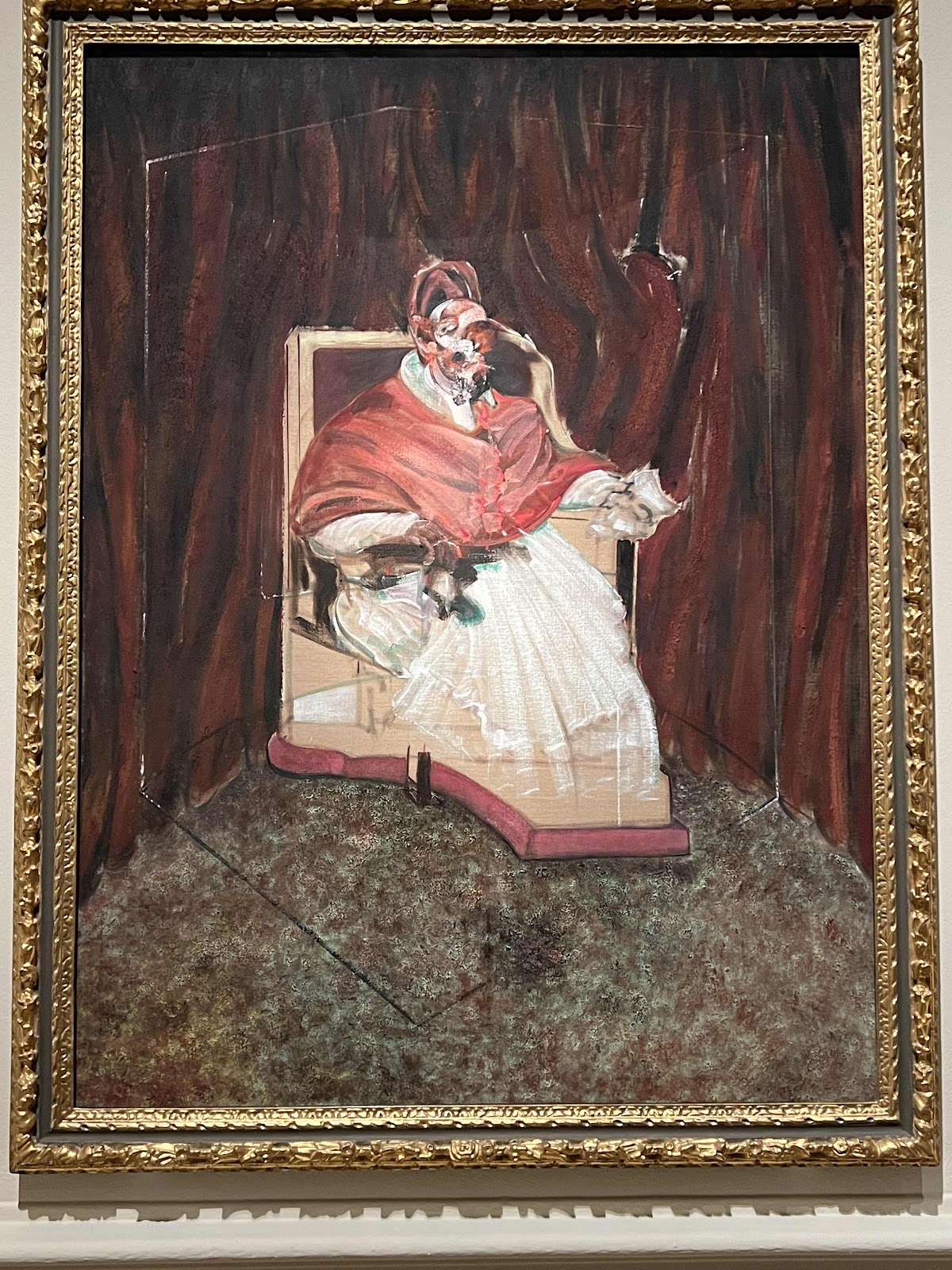 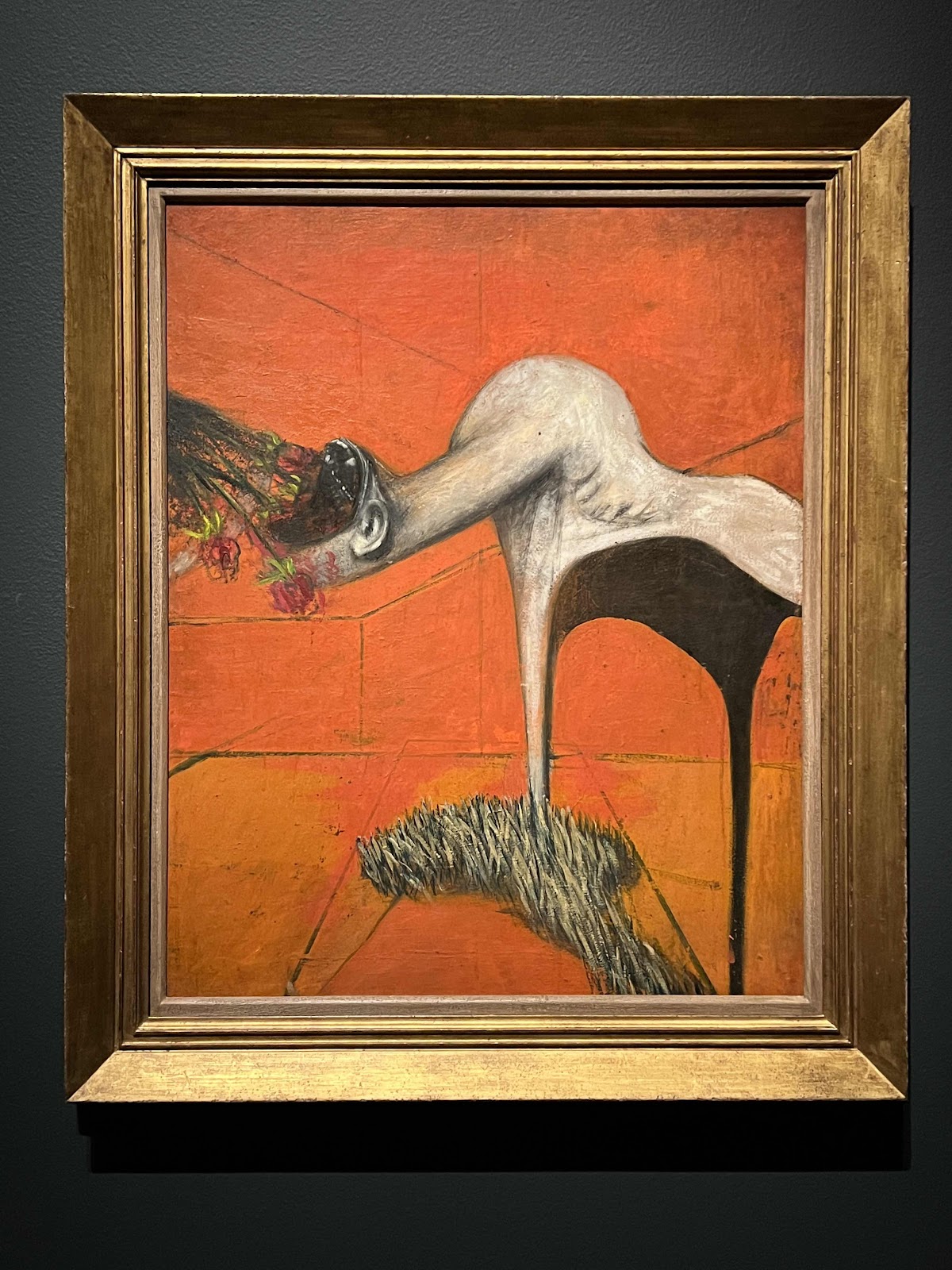 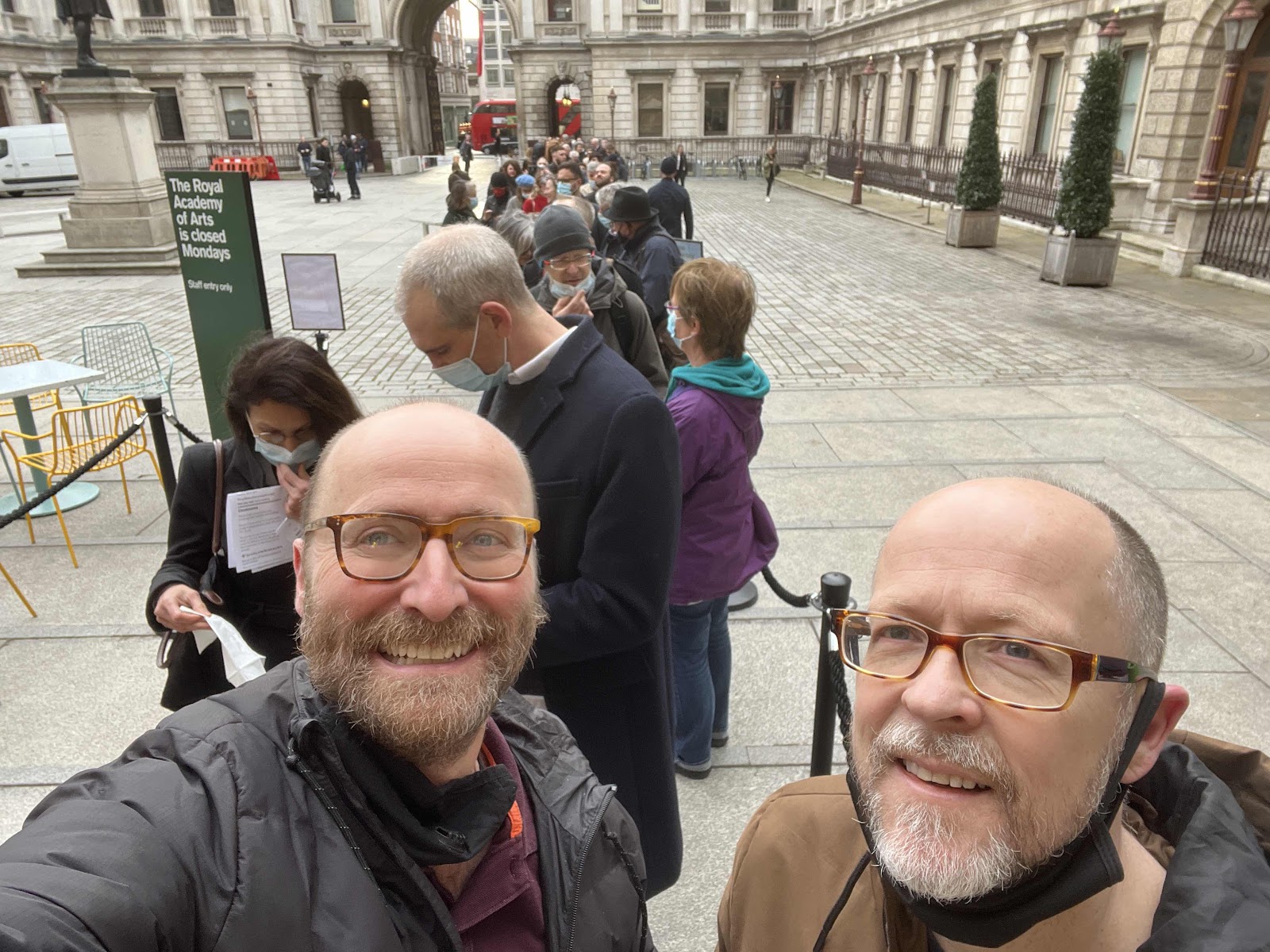 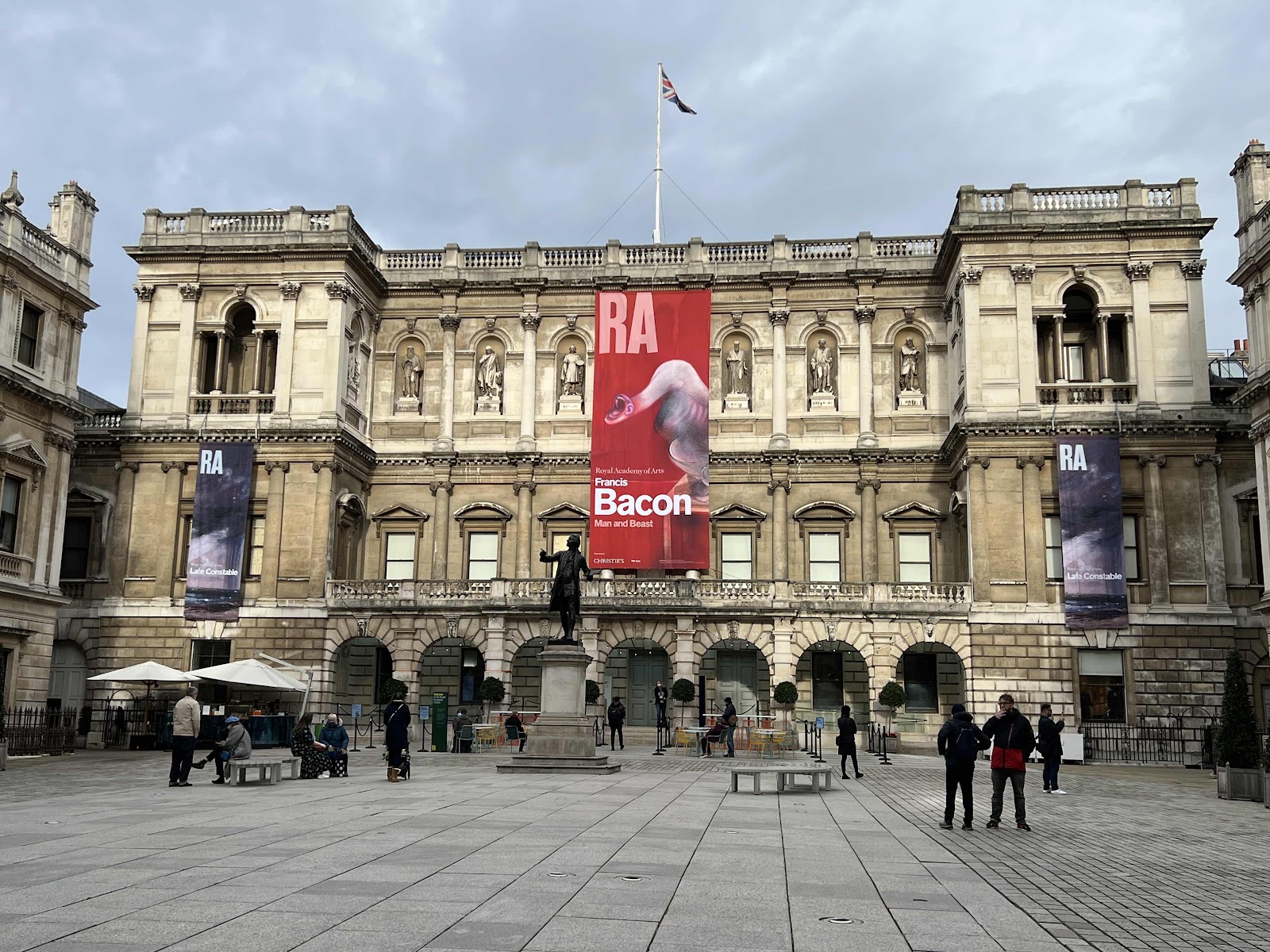 Posted by overyourhead at Tuesday, February 15, 2022