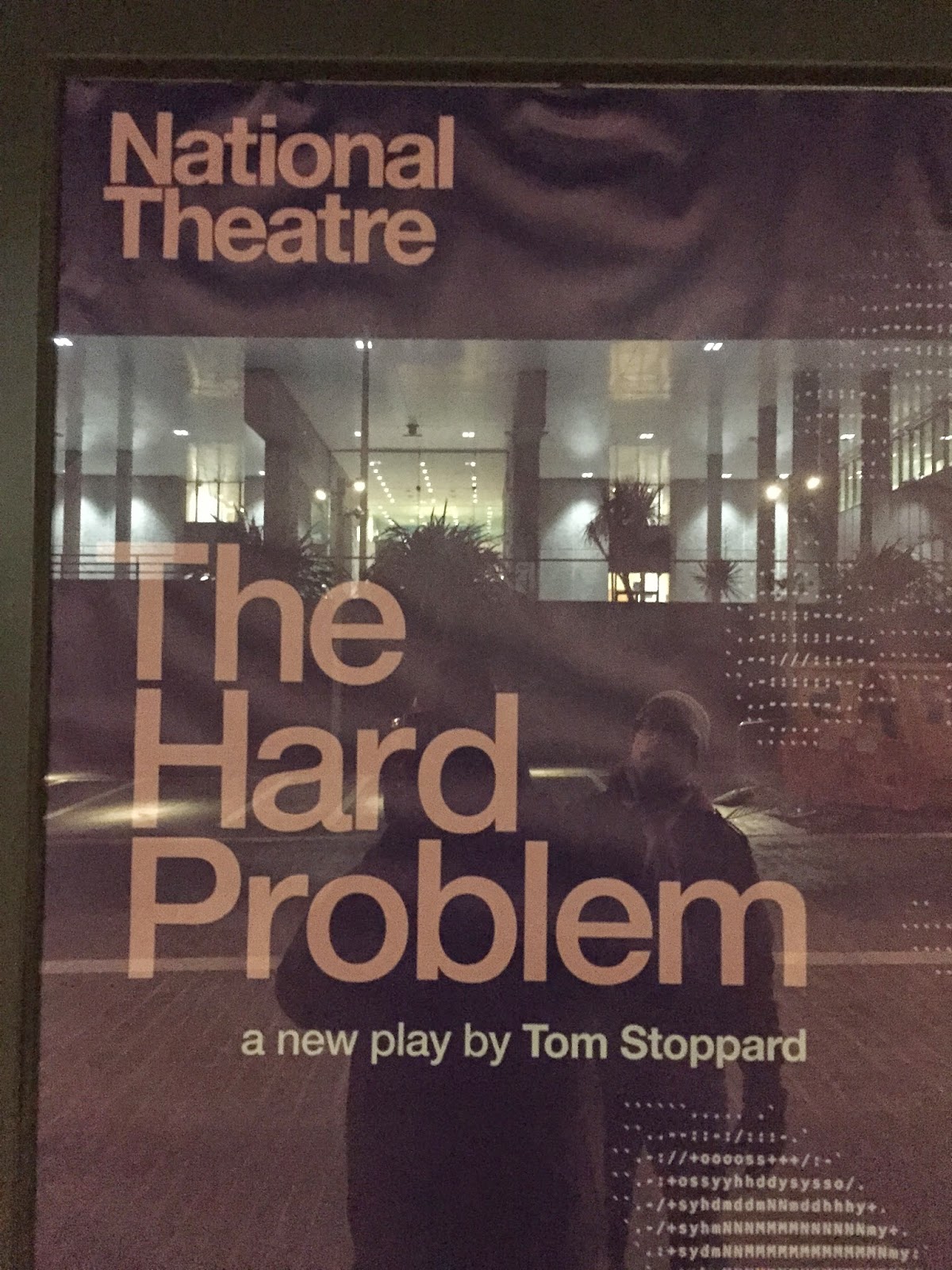 Last night Stuart and I went to see Tom Stoppard's new play The Hard Problem at the Dorfman's Theatre on London's South Bank.

The play follows the story of psychology student Hilary (Olivia Vinall) as she wins a job at a neuroscience institute funded by a vicious hedge-fund billionaire, Krohl (Anthony Calf).

Hilary is helped along the way admirably (and often confrontationally) by her often stripped and very ripped ex-tutor lover Spike (Damien Molony). Spike is a rational Darwinian fundamentalist (think of a hot Richard Dawkins) who has little truck with Hilary's praying and faith in a higher power.

Stoppard loves throwing his characters into good old fashioned arguments and here they trade banterful blows, intellectual insults, and wily witticisms about 'the hard problem' -  can we distinguish between brain activity and awareness. How do sensations acquire characteristics, such as colours and tastes. Empiricism vs rationalists. What is consciousness? Is there a God? Oh, all the easy stuff.

She is an altruistic fan of altruism. She is good. He's a brilliant brutalist - an egotist who belives that the ego is king. The selfish genius.

Krohl in turn is brutal to his City associates – it is law-of-the-jungle stuff. Yet as one of his underlings (Parth Thakerar) observes, ruthless markets do occasionally behave irrationally. So much for the empiricism of survival genes.

The staging is spare, modern: decorated by an overhang of neon lights that burst into pretty, multi-coloured activity between scenes. This represents the whirring of the brain. Set changes are accompanied by rich, ornate piano music.

It is a good play, maybe not up there with Stoppard's greats. The well sign-posted plot twist was a tad too easy to guess and the resolution tries to not only have it's cake and eat it but to buy the whole cake shop too.

Great acting though and a fitting end as Nicolas Hytner's final production at the NT.
Posted by overyourhead at Friday, January 30, 2015