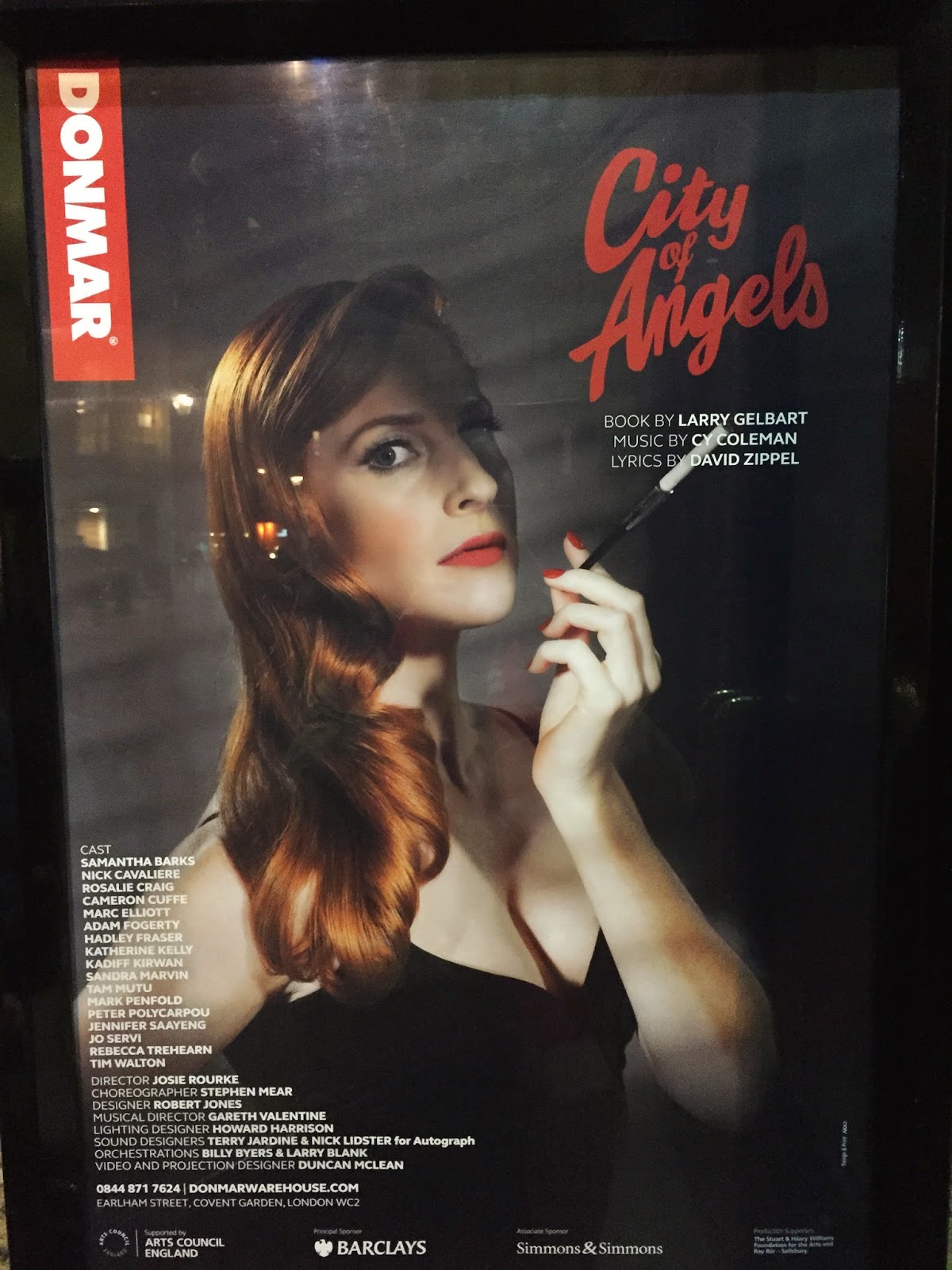 Last night Stuart and I went to see Josie Rourke's fantastic production of the musical City of Angels at the Donmar Warehouse in London's glitzy West End.

City of Angels, in homage to 1940s noir, is a bitter comedy about the treacherous LA movie industry. It is clever, gloriously stylish and very, very funny.

Two narratives work in complex concert. In the “real” colour world, clacking away on a typewriter, a hack called Stine (Hadley Fraser) is adapting his detective novel City of Angels for the big-screen, at the meddling behest of cigar-chomping producer Buddy Fidler. In the black and white “reel” world, his characters – notably his gumshoe alter-ego, Stone (Tam Mutu) and his sidekick, Oolie (Rebecca Trehearn) – are embroiled in a mystery involving a rich, decaying man with an iron lung, his grasping younger wife and the pair’s missing beautiful femme fatale daughter/step-daughter.

Aside from the parts of Stone and Stine, everyone in the cast plays dual roles that comment on and reflect each other.

It has lines in it of which Raymond Chandler would have been proud, “Only the floor kept her legs from going on forever.” As you can guess its tongue is firmly in its cheek.

This musical comedy first came to London's West End in March 1993 for eight months, winning an Olivier Award in 1994. The revival deserves to repeat the feat.

It's the sold out production it deserves to be - here's hoping it transfers.
Posted by overyourhead at Friday, January 09, 2015