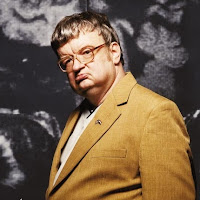 Kim Peek, who died on 19th December 2009 aged 58, was the model for the autistic character Raymond Babbitt in the 1988 film Rain Man, starring Dustin Hoffman.

Hoffman's portrayal of a middle-aged savant's complex interaction with the world through astonishing mental facilities and childlike emotions earned him an Oscar for best actor. But it was Peek, who suffered from Agenesis of Corpus Callosum (a condition similar to autism), whom Hoffman and Barry Morrow – Rain Man's writer, who also won an Oscar – acknowledged as the inspiration behind the performance.

When Hoffman thanked Peek in his Oscar acceptance speech, media interest in Peek's highly unusual abilities was immediate. This prompted Kim and his father, Fran, an advertising executive, to embark on a series of speaking tours throughout America, spreading awareness and acceptance of the "different" and the disabled. The public exposure, in turn, led to pioneering scientific research.

Kim Peek was born on 11th November 1951 in Salt Lake City, Utah – both his parents were Mormons. Despite his mother's uneventful pregnancy, Kim's head was 30 per cent larger than normal at birth. He was a sluggish baby who cried frequently, and doctors soon discovered that he had a blister inside his skull that had damaged the left hemisphere of his brain, which controls language and motor skills. By the time he was nine months old he was expected to be mentally impaired for life. His parents were advised to place him in an institution, but they dismissed the idea, deciding to bring him up normally alongside their other son and daughter.

They were soon astounded by his progress. At the age of 16 months Kim taught himself to read children's books. When he was three he consulted a dictionary to clarify the meaning of the word "confidential"; it was then that his parents realised that he could also read newspapers. Yet for all his brilliance, his oversized head required physical support because of its weight; and, unusually, he was unable to walk until he was four.
When Kim was six, a visit to Utah by the renowned brain surgeon Peter Lindstrom resulted in his being offered a lobotomy. His parents declined, and Kim went on to memorise the entire Bible before his seventh birthday. At this point he was sent to a local school, but was expelled on his first day for being disruptive. The lack of provision in America in the 1950s for special needs children meant that his father had to have him tutored at home by a series of retired teachers. By the time he was 14, Kim had completed the high school curriculum, though the local authorities would not recognise the achievement and refused to award him a certificate.

Before the release of Rain Man – by which time he was 37 – Peek had an insular existence, knowing only about 20 people. Unable to describe his condition, or to dress himself, cook, shave or brush his teeth without help, he was looked after by his mother, Jeanne, until 1981, when his parents divorced. Thereafter his father provided the supervision he required. At 18 he had been given a job working in the accounts department of a community centre. Spare time was devoted to absorbing literature. He read and immediately memorised thousands of texts, including the complete works of Shakespeare and every story in every volume of the condensed Reader's Digest books.

He used telephone directories for exercises in mental arithmetic, adding each column of seven-digit numbers together in his head until he reached figures in the trillions. On a rare excursion away from home in 1984, he attended the national conference of the Association of Retarded Citizens in Arlington, Texas, and it was there that he was "discovered" by Barry Morrow. After spending four hours with Peek, the screenwriter approached Fran Peek, asking him if he realised that his son knew every postcode, area code, and road number in every state across America. He urged Fran to share his son with the world.

Not wishing Kim to become part of a freak show, Fran ignored the request. Two years later, however, Morrow contacted him to explain that a film studio had just bought a script he had written. The story of a selfish yuppie who discovers that an autistic brother he never knew existed has inherited their father's fortune outright, Rain Man put Dustin Hoffman's acting skills to the test in the lead role. To prepare for it he spent time with three autism sufferers, including six hours in the company of Peek. It was Peek's rapid monotone, rocking motions, ability to count cards and childlike emotions that Hoffman copied for the part. The resemblances between Peek and Raymond Babbitt ended there, however, for Peek was many times more complex and prodigious than his fictional alter ego, despite having the mental reasoning of a child of five. A scene in the film in which Raymond is taken to a casino and beats the house with his astounding skills in mental arithmetic never took place – despite the best efforts of Morrow, who asked Peek to read a book about gambling before taking him to a casino to try the experiment. Peek refused to enter the casino, saying he thought it unethical. The success of the film had some beneficial effects on Peek's life. He made many friends, and was awarded the high school certificate he had been denied more than 20 years earlier.

Neuroscientists who conducted tests discovered that he had no corpus callosum, the membrane that separates the two hemispheres of the brain and filters information. This meant that Peek's brain was effectively the equivalent of a giant databank, giving him his photographic memory. He was also the only savant known to science who could read two pages of a book simultaneously – one with each eye, regardless of whether it was upside down or sideways on. His ability to retain 98 per cent of the information he absorbed led to his designation "mega-savant"'.

After the release of Rain Man Peek and his father embarked on a series of public lecture tours, informing students, prisoners, pensioners and politicians of the need to treat all people equally. "Learning to recognise and to respect differences in others and treating them like you want them to treat you will bring the joy we all hope for", read the card that was handed out at each talk. Fran Peek estimated that his son addressed more than two million people.

Wishing to avoid accusations that he was taking advantage of his son's condition, Fran Peek never accepted money for these engagements. The talks were also a chance for Kim to demonstrate his extraordinary memory, including his faultless knowledge of the calendar stretching back 2,000 years.

The five universities which studied him in his adult life decided that he was a genius in at least 15 subjects, including music, geography, history and mathematics. Most savants reach a similar level in one or two subjects. Even more remarkably, doctors found that his powers increased as he aged. In 2004 a Californian hospital which works closely with Nasa persuaded Peek to undergo brain scans in the hope that a detailed map of his mind might allow them to understand more about many disorders, among them vertigo and motion sickness. By tracking the electrical impulses of Peek's brain, they were hoping to discover how people adapt to forces such as acceleration and gravity.

In 1996 Fran Peek published a book about his son, The Real Rain Man: Kim Peek. Never having any romantic inclinations, Kim Peek did not marry and had no children. His favourite possession was the Oscar which Morrow won for writing the Best Screenplay at the 1989 Oscars. Morrow gave it to Peek, who took it with him whenever he travelled. Kim Peek died of a heart attack. His father survives him.
Posted by overyourhead at Wednesday, June 02, 2010