Andrew Logan's Alternative Miss World "It was British eccentricity at its best. And we simply loved it" @AndrewLoganAMW @AMW_2018 @The_Globe #AlternativeMissWorld #AMW18 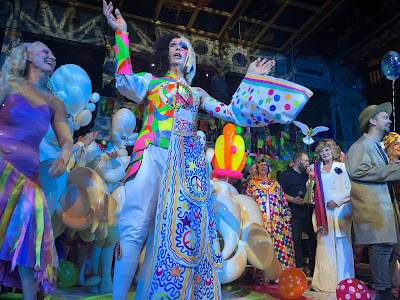 It was like nothing I had ever seen before. When we arrived Ollie suggested we go down the front and he was not wrong. We sure copped an eye full.

The structure was like the regular Miss World competition or any other 'beauty' contest - a number of contestants (seventeen in total) paraded before us in first day-wear, then swim-wear and finally evening-wear before being asked a couple of inane questions about world peace.

However, here any similarity to a regular well-behaved beauty pageant ended. Even though the theme of the night was peace - Psychedelic Peace – it was war up there. A battle to be the best. The ‘best’ what though was anyone’s guess!

Judges for the night included Grayson Perry, Jarvis Cocker, and Zandra Rhodes among others.

And the contestants certainly didn't disappoint. Each person's 'dress' (a loose term) was bigger and more spectacular than the last. Some of the contestants’ outfits even came with accessories - and by accessories, I mean additional people, props, wheels, balloons, machinery, hydraulics, bubbles, balls, paper aeroplanes, live animals, and in one case, an entire game show set!

In-between each round came some entertainment (a colourful rocker, four queer little people dancing to Divine, and a transvestite English folk dancing troupe) and thank goodness, it did. These inter-lulls gave us some respite from the onslaught on our senses.

It was British eccentricity at its best. And we simply loved it.

When it comes back - we will be down the front again for sure. 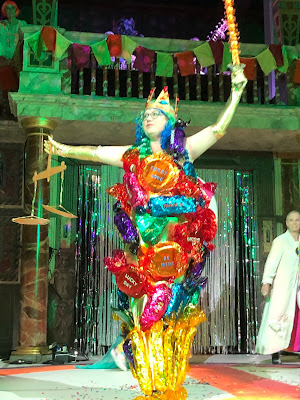 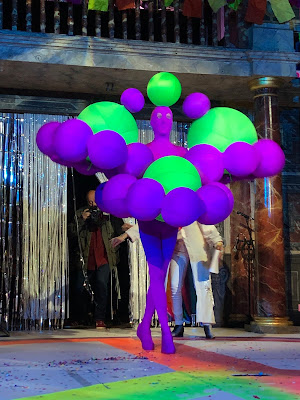 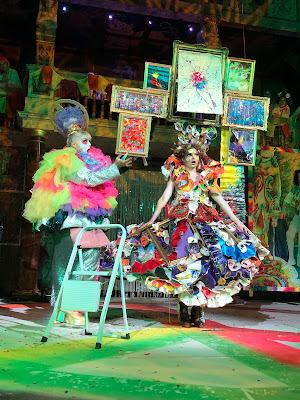 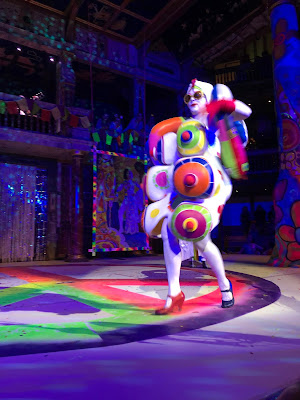 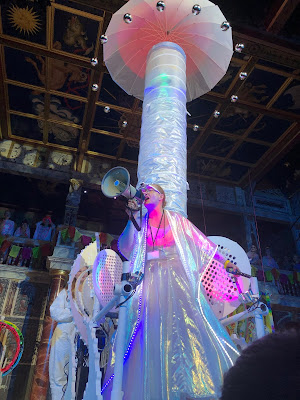 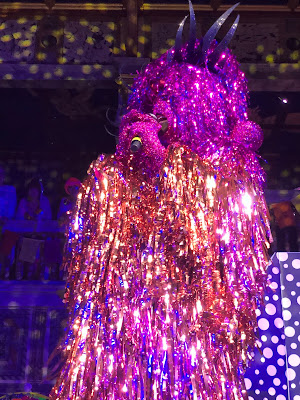 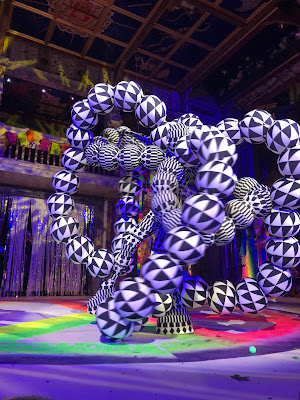 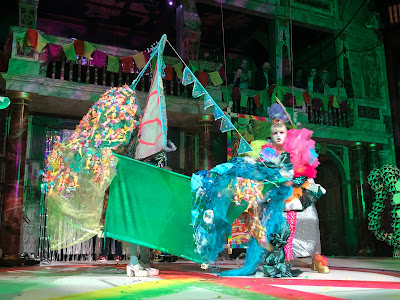 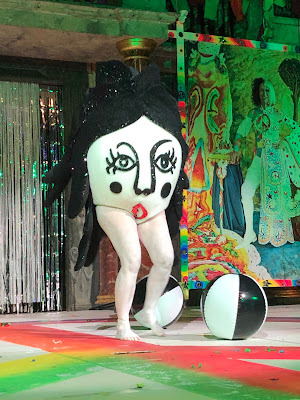 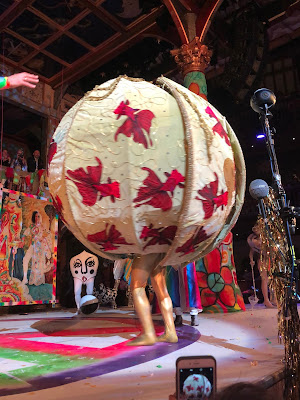 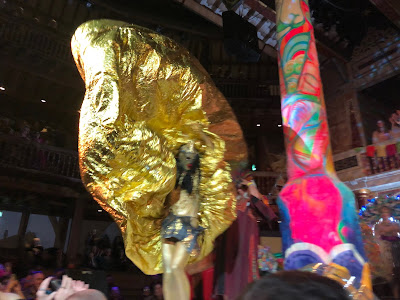 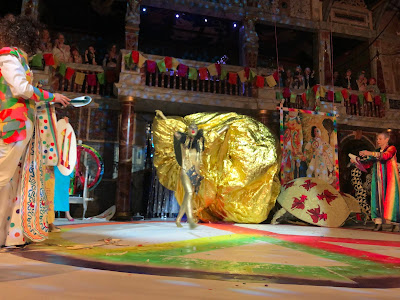 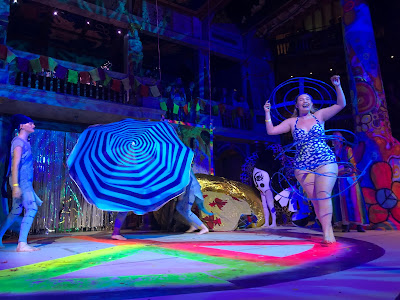 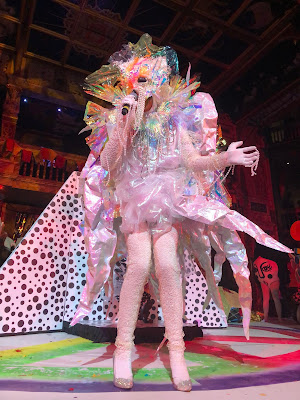 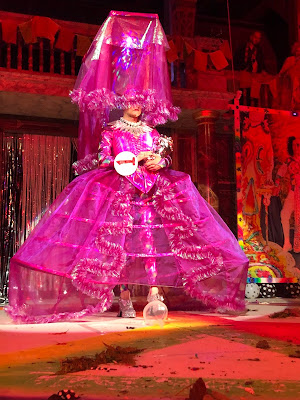 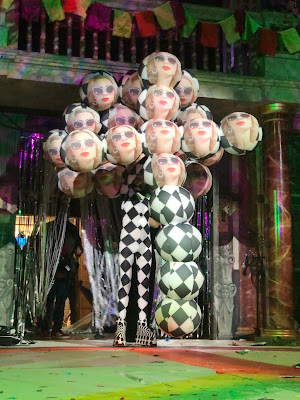 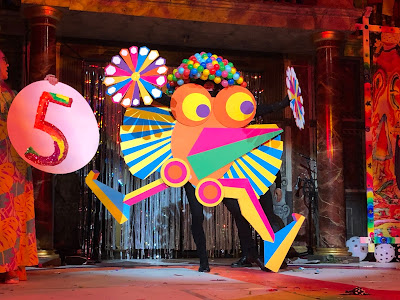 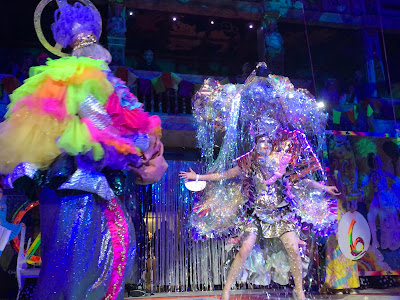 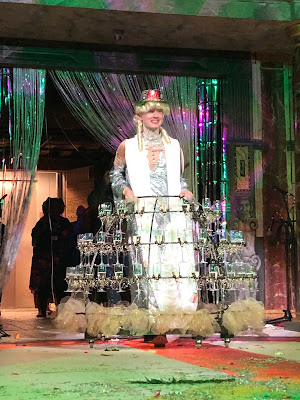 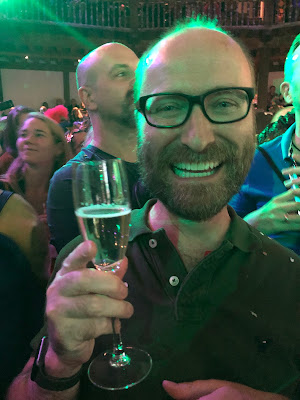 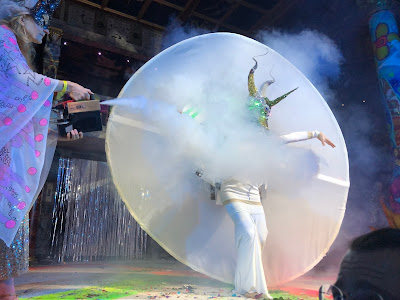 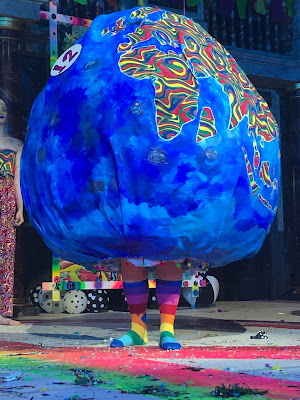 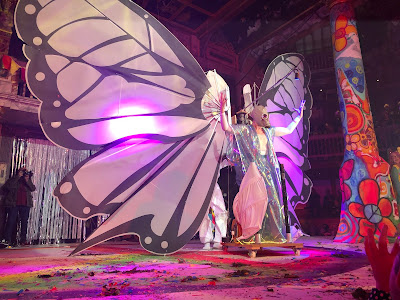 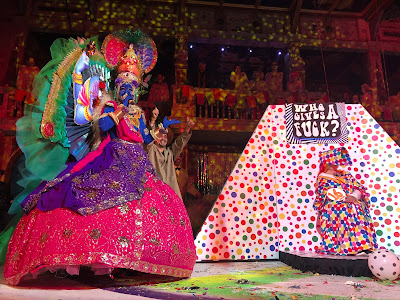 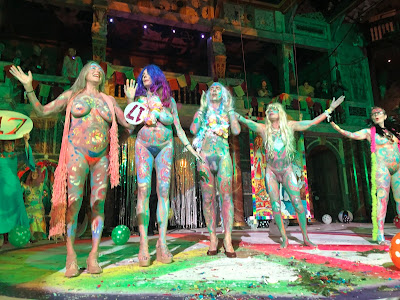 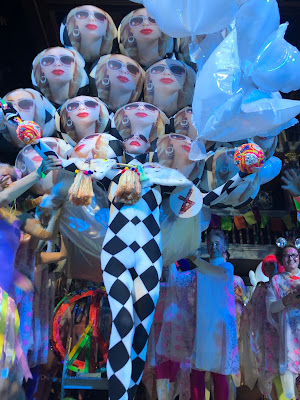 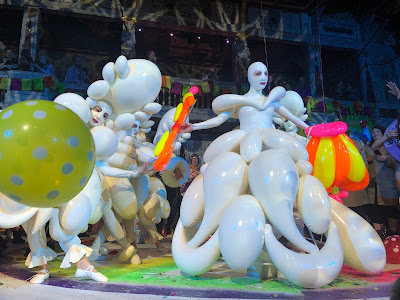 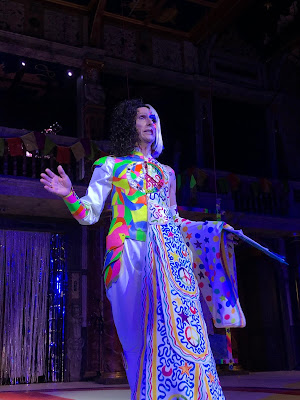 Posted by overyourhead at Wednesday, October 24, 2018