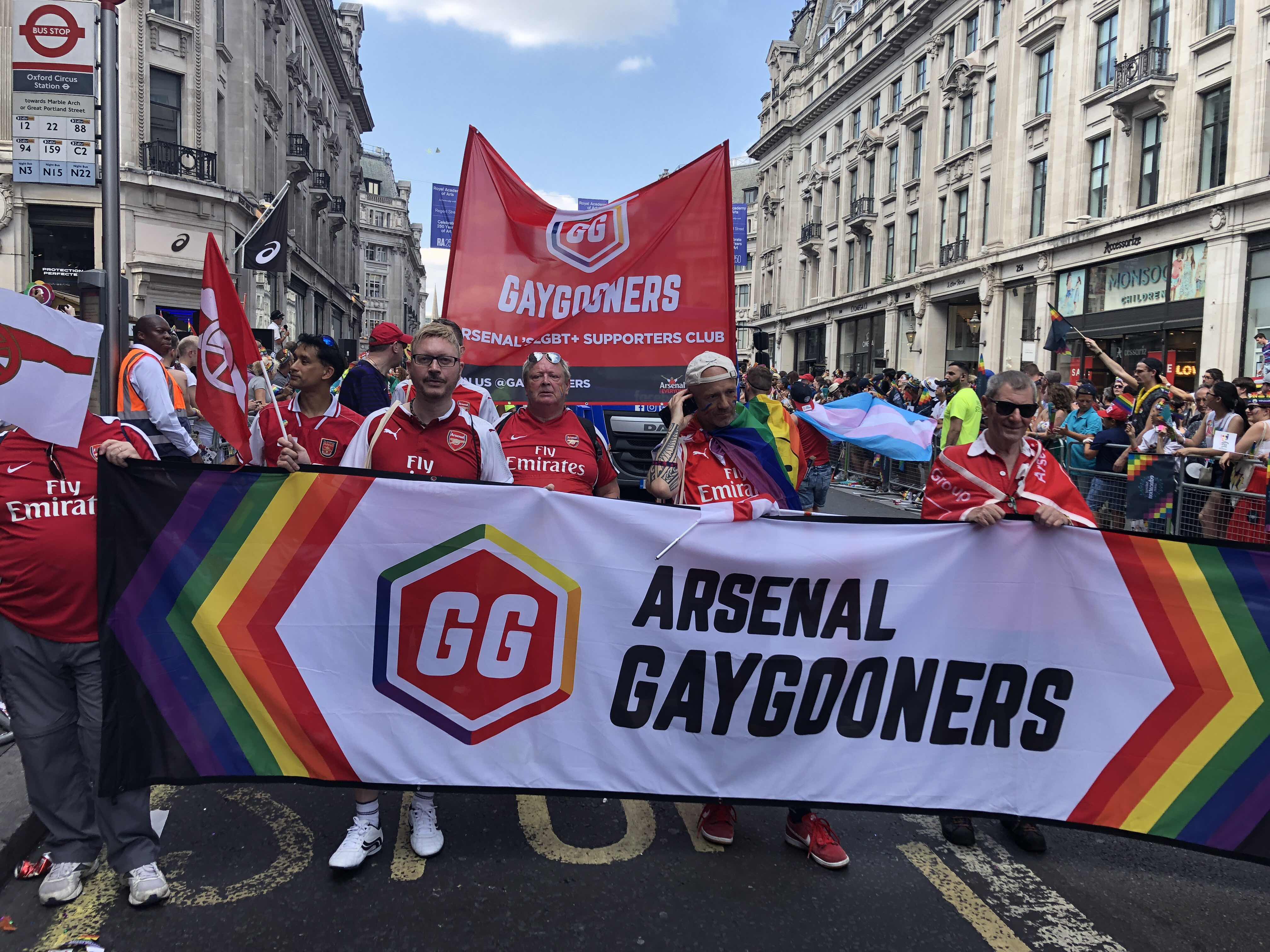 We all had a great time at Pride in London last Saturday. After the launch party on Thursday night I wasn't quite sure how the big day could live up to all the hype. It had been 8 months of planning... but it not only met, it exceeded all my expectations. It was fabulous.

To kick the day off the thirty or so ballot-winning Gay Gooners met up at the Met Bar near Baker Street station as arranged. There we were joined by the seventy or so Octopus Group marchers and Octopus Group's Ariana who arrived soon afterwards with all of her co-worker Nick's carefully prepared Octopus merchandise stuffed tote bags in cardboard boxes. Gunnersaurus then pitched up with his handler Ross and he posed for loads of photos with we Gay Gooners and rainbow flags. It was so good to have him there. 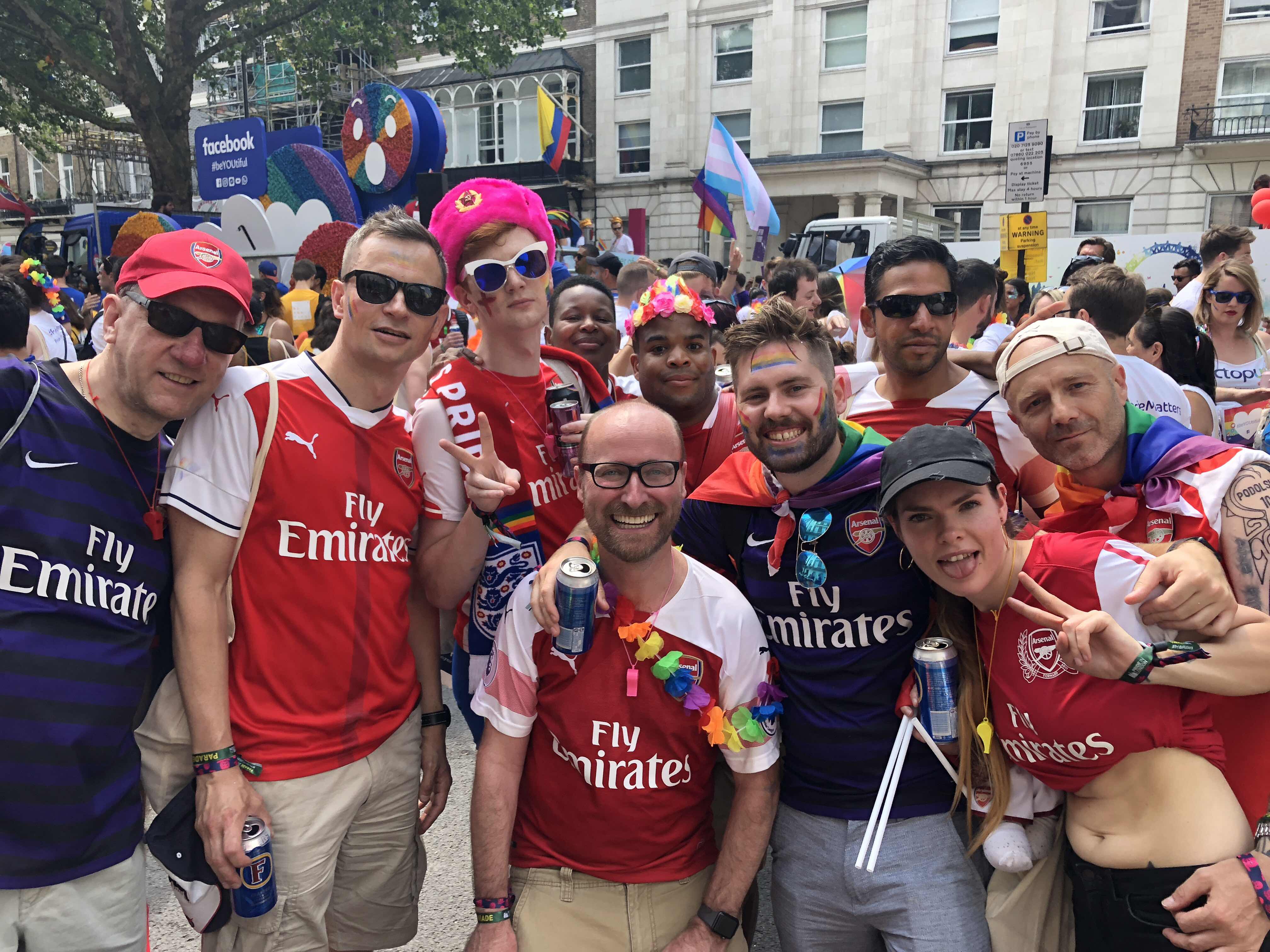 The tote bags then got further stuffed with our freshly printed Gay Gooners stickers, last year's Arsenal scarves and flags by Angus, Val, Vash, Lukas, and Francis and distributed to all the Gay Gooner marchers.

Shortly after noon we all headed off en masse to Portland Place to take up our positions in the Parade in the beating summer sunshine. To our delight Gunnersaurus offered to come with us to wave us off too! He must have been hot but he insisted on coming. What a guy!

There was a small mix up in our Parade position (last minute change by Pride!) and then a long wait while some anti-Trans demonstration was dealt with.

Finally, we got moving at 2-30pm - although about half of our number had already gone to watch the England game leaving about 10 of the Gay Gooners to carry our new white walking banner and big red banner. Our music got somewhat drowned out by Facebook's music lorry but that said, we danced, we sang, we whooped, we gave out all our stuff - and had an utter blast. By 4-30pm it was all over.

We then headed - some by tube and some on foot - to Octopus Energy's offices in Soho for their beautifully hosted after-party. Octopus did us proud - dancing, drinking, food and lots and lots of good cheer. Things finished shortly after 10pm and we all went home very happy. A great success I think.

And yesterday we had a piece in the Islington Gazette about Gay Gooners at Pride too. Amazing! 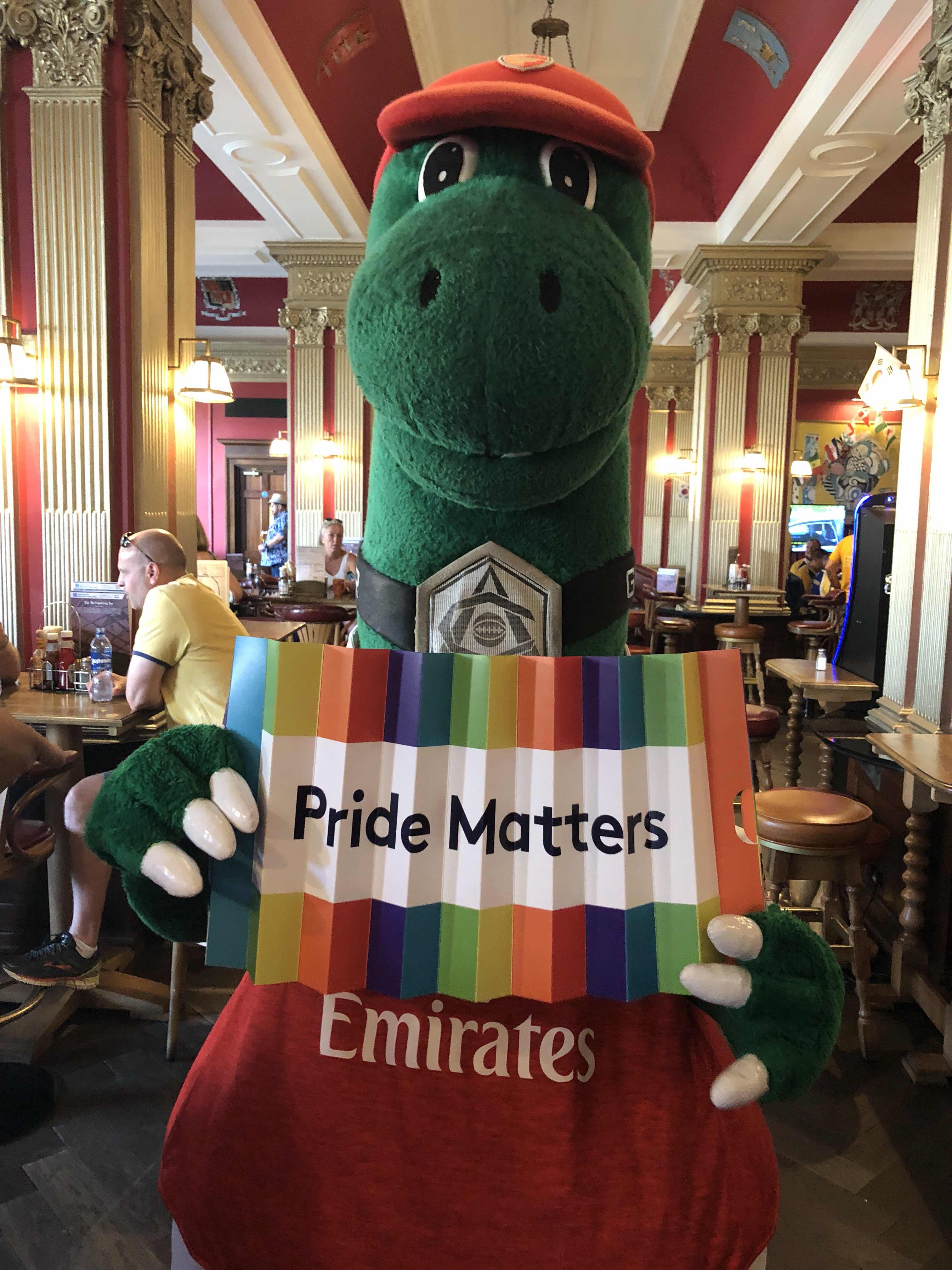 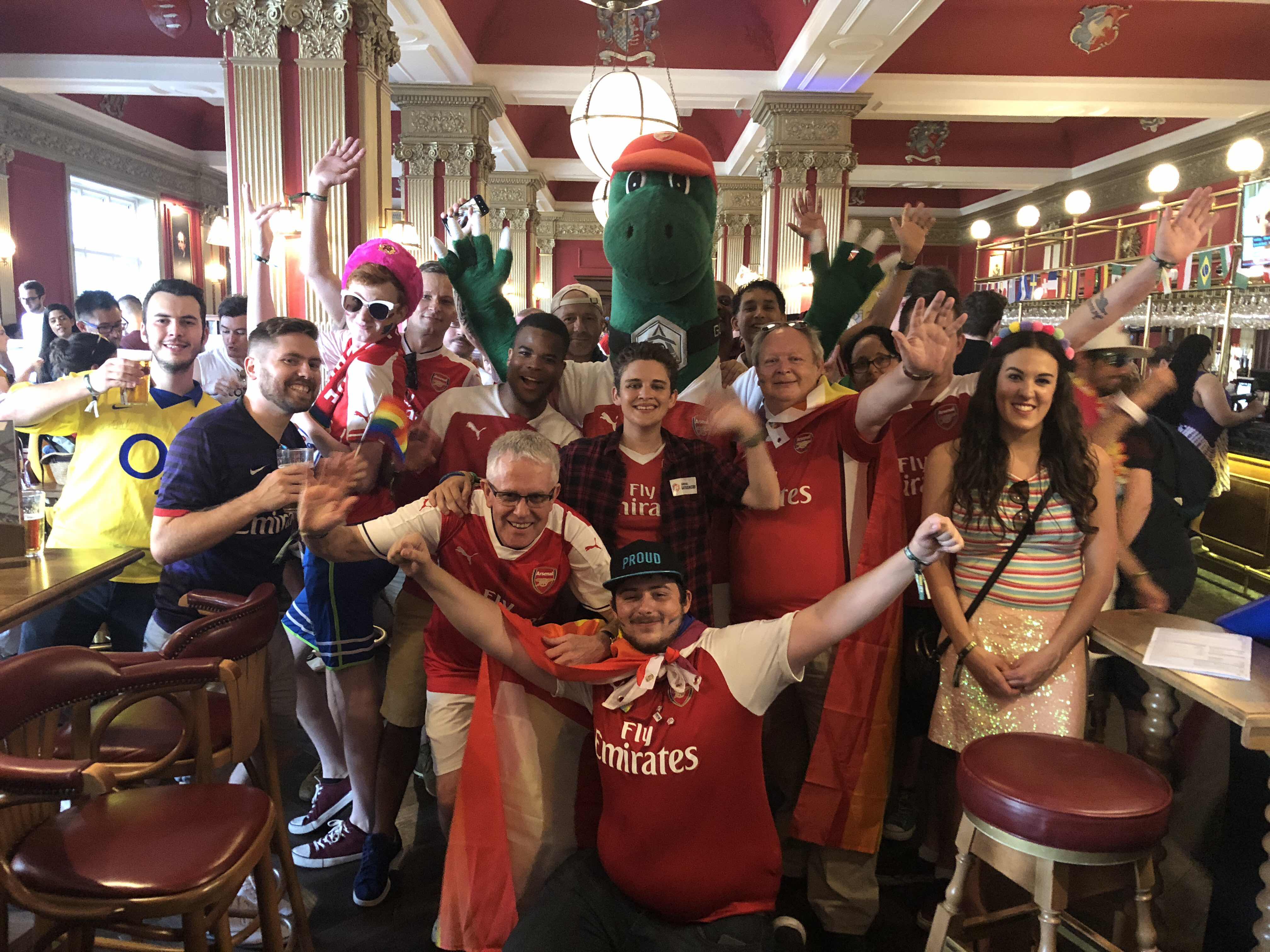 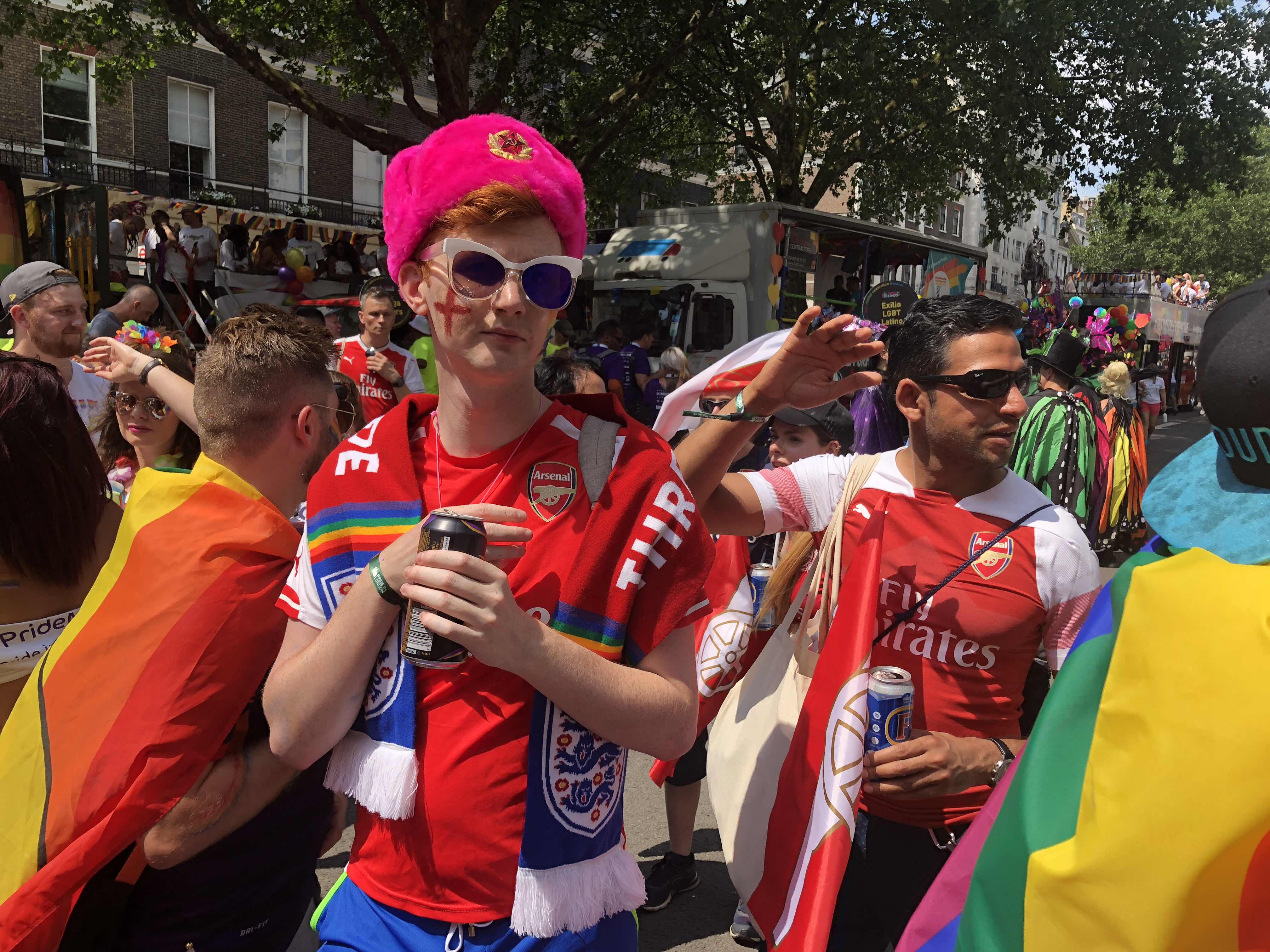 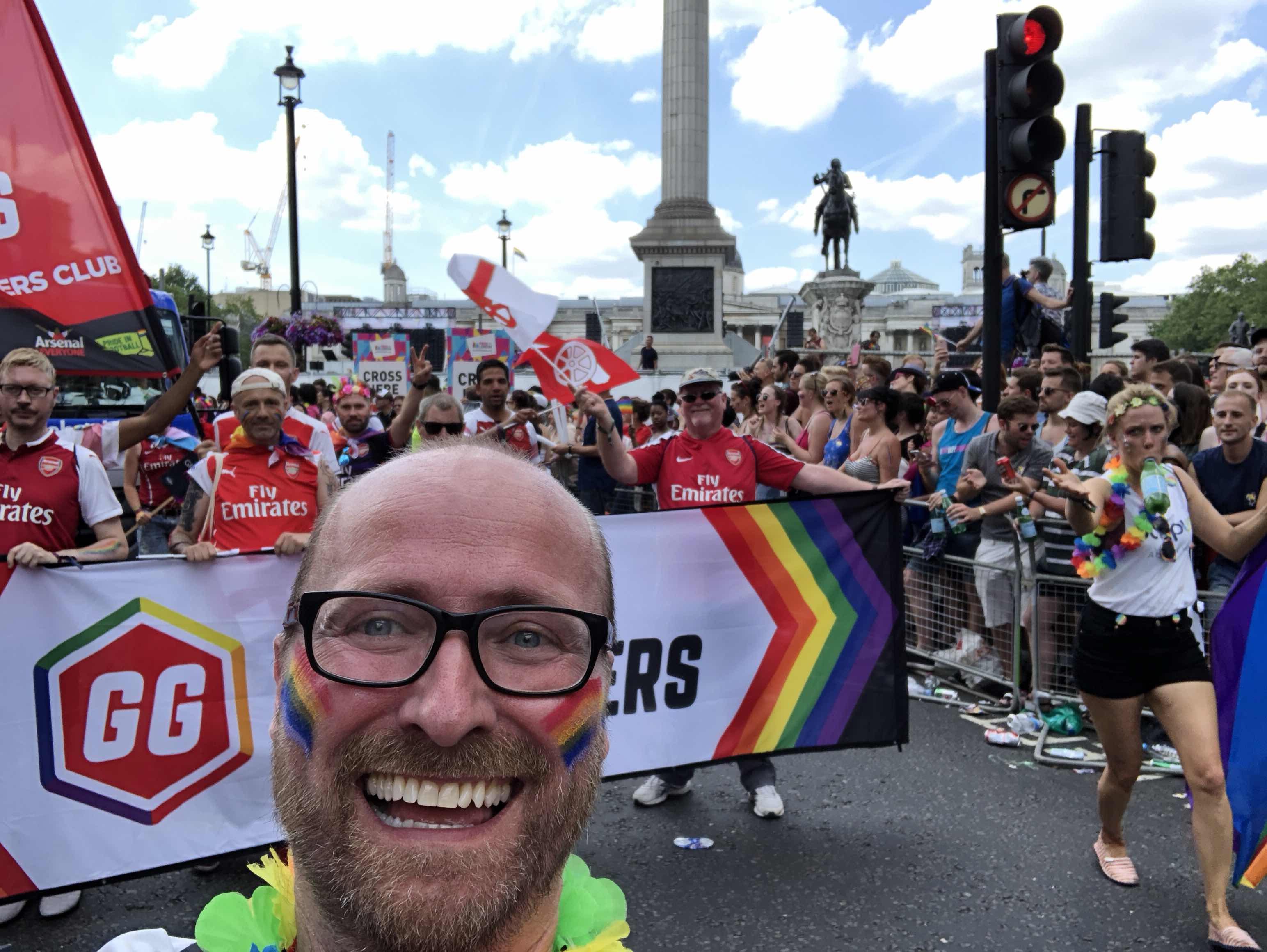 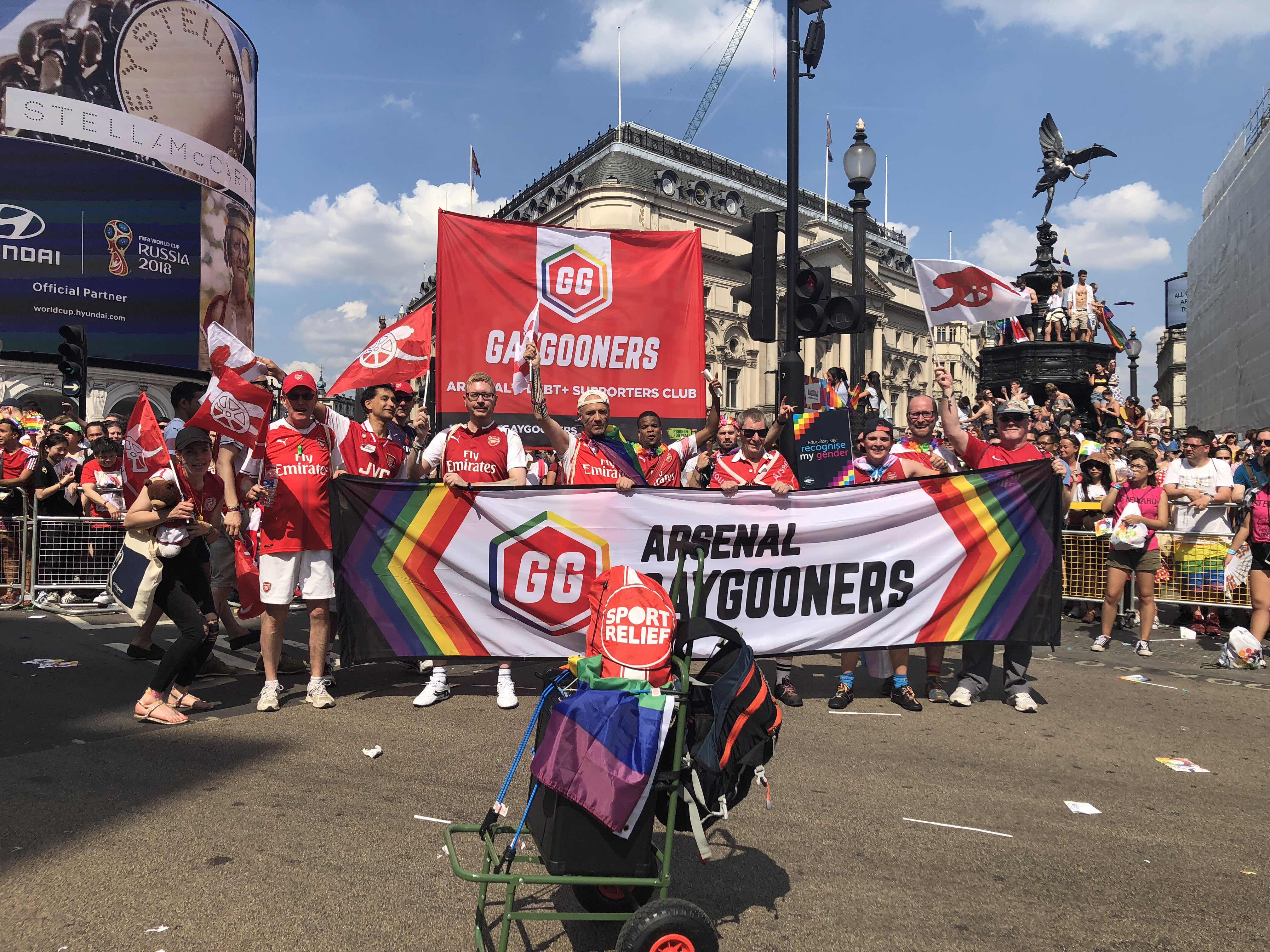 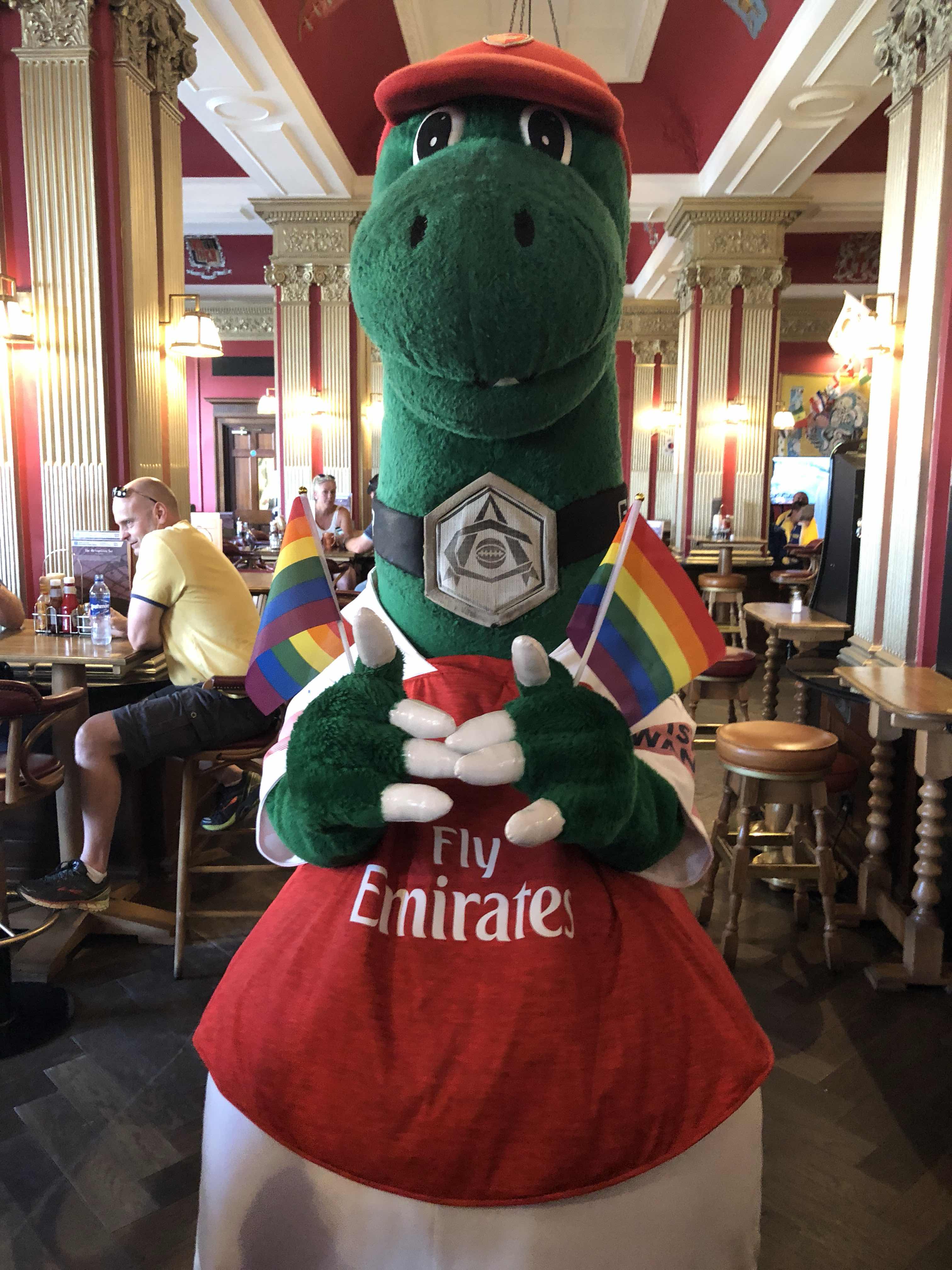