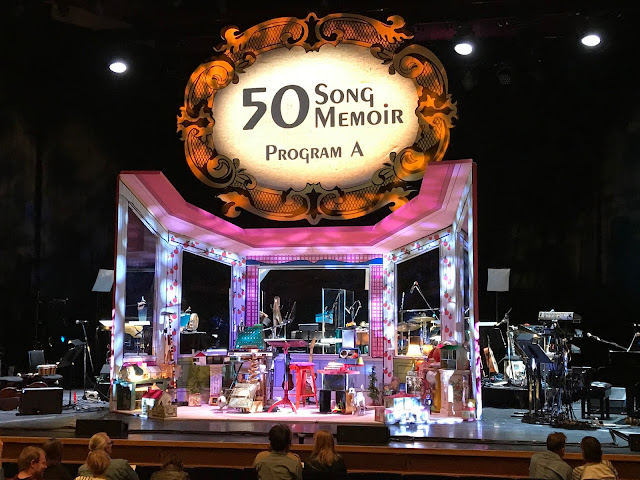 Last Saturday and Sunday night Stuart and I went to see Stephin Merritt a.k.a. the man behind the ever-inventive musical vehicle The Magnetic Fields perform all fifty songs from his 2017 five-album collection 50 Song Memoir at the Barbican Hall in London's glitzy Barbican Centre.

Each of the fifty songs relates to each of the first fifty years lived by Merritt starting in 1965. And as we might expect from the pen of one of the world's greatest living songwriters and the man who wrote 69 Love Songs each are utter earworms. I've been dreaming them, humming them and singing them obsessively since I first heard them.

In-between each song Merritt told a little story about the song ("this was written for Kiki and Herb the year those religious fanatics tried to blow up our city", "this was written for a musical I tried to write in San Francisco which everyone thought was dreadful but I liked this one song", "my ex was a fucking liar. This is his song." etc.) 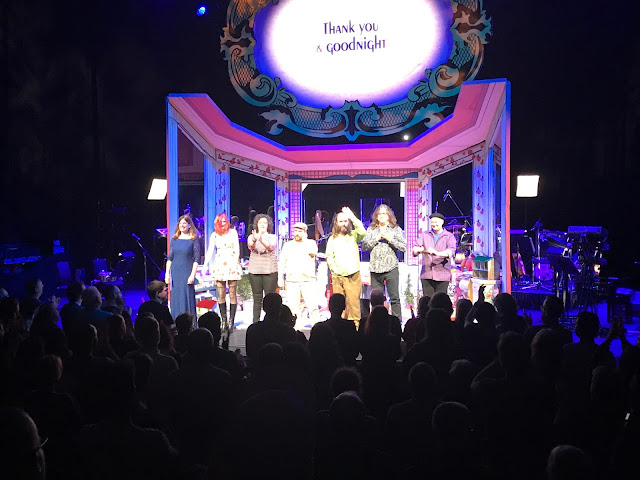 Posted by overyourhead at Wednesday, September 13, 2017