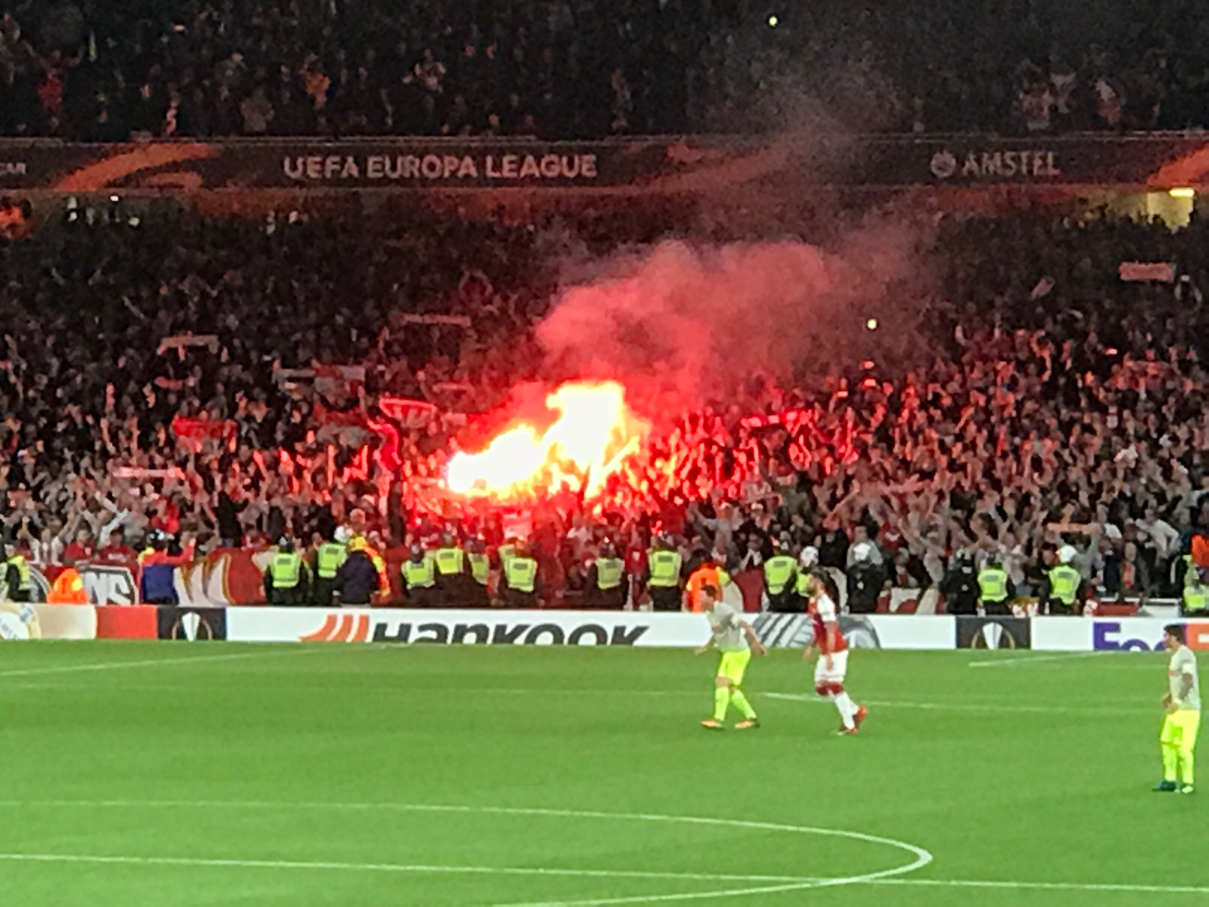 Well, that was fun. Not. Last night's kick-off between Arsenal and FC Cologne was delayed as the German fans tried to storm the stadium, with fans branded a disgrace.

Fans were seen giving Nazi salutes, fighting and urinating in doorways, following disorder earlier on in central London. The Europa League group was due to start at 8.05pm but was pushed back by an hour because of crowd safety, with people arrested on suspicion of public disorder.

We and the other Gay Gooners took refuge in The Rocket until it was confirmed kick-off would definitely go ahead. The game eventually did go ahead amid heavy security, with riot police stationed around the Emirates Stadium.

Earlier on I had a bottle thrown at me. Nice.

As for the game itself, we played badly first half - lots of booing at half time - but upped our game in the second half and eventually won 3 - 1. 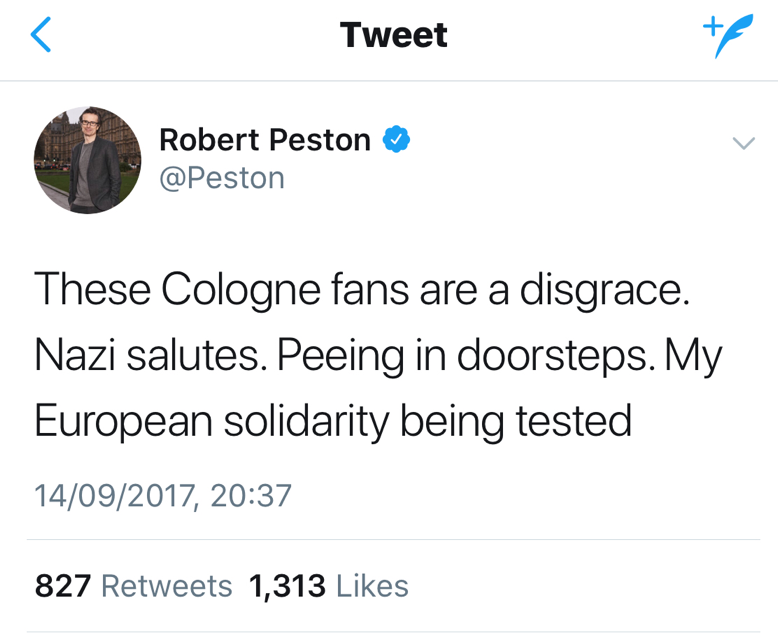 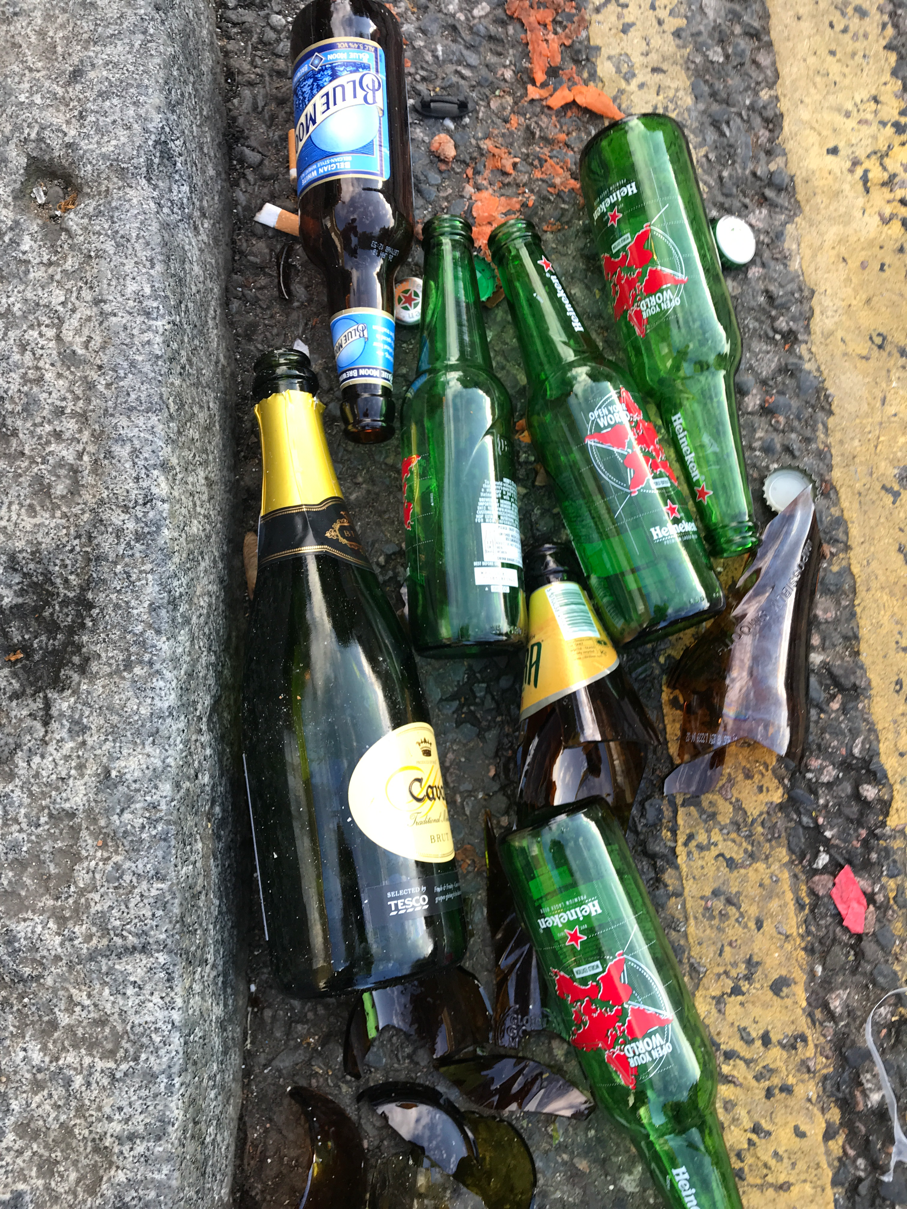 Posted by overyourhead at Friday, September 15, 2017