The word "tsingy" in Malagasy means needle. A pointed reminder of where we have headed recently as we threaded our way into the jungle.
The jungle round here is what most people would probably think of as being 'proper Madagascar'; huge trees, stifling heat, and unique animals and birds galore.
This national park is called Tsingy after the massive limestone outcrops over a 100m high in this area which after millions of years of acid rain have been whittled down to razor shape spikes pointing straight up.
We were lucky enough to climb up these Tsingys but it was an utterly hair-raising task. Many of footholes were slippery and one wrong foot and we'd have been dashed to fleshy pieces.
We needed climbing equipment to get to the top, harnesses and (in the aerial caves) flashlights too. It was an odd mix of both potholing and mountaineering.
Once at the summit - 103m up - we had a couple of wobbly wooden suspension bridges to navigate before our descent. Our guide slipped at one point and gashed his eye and his arm. A salient reminder of the danger.
After 4 hours walking through the jungle, lemur spotting and clambouring up and down the large Tsingy we were exhausted but pleased we'd manage it.
An real adventure holiday for sure. 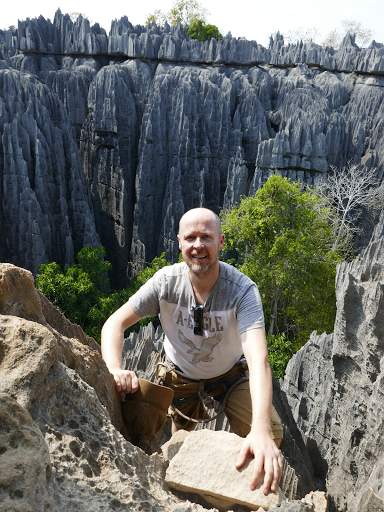 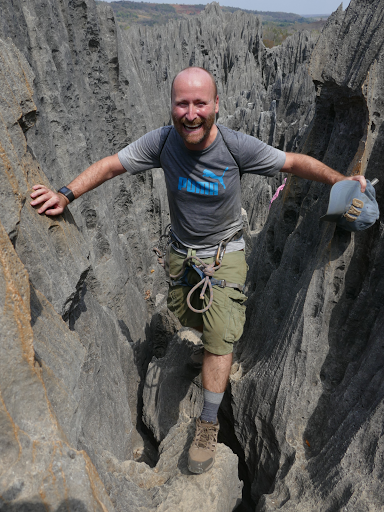 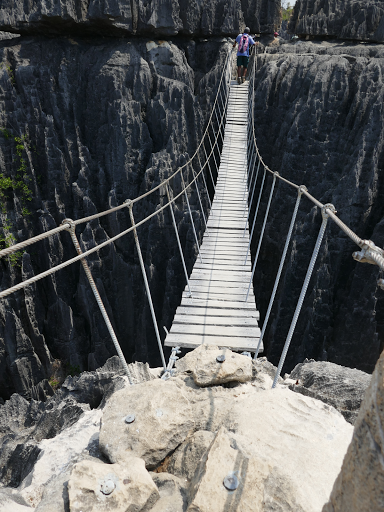 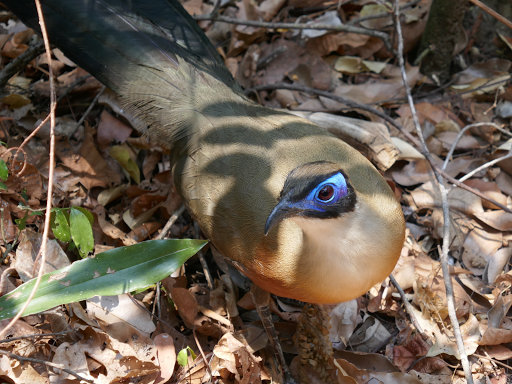 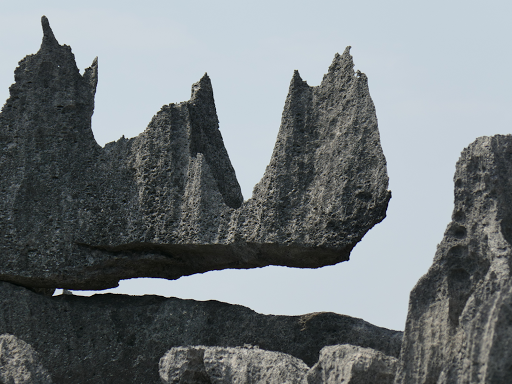 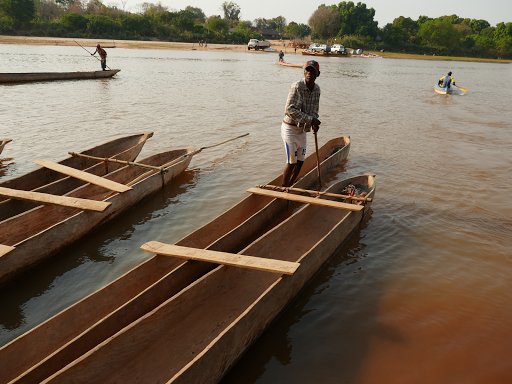 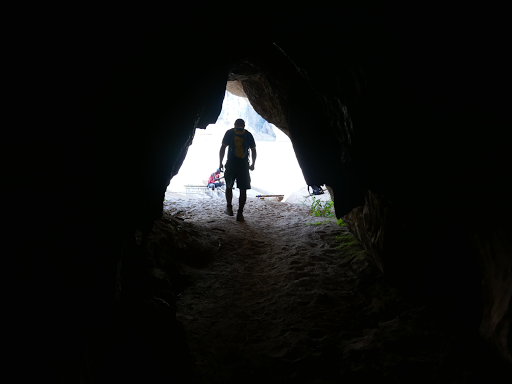 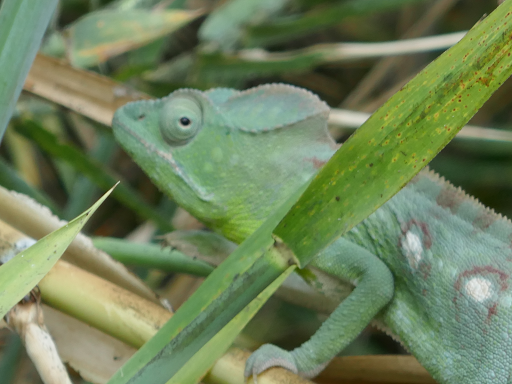 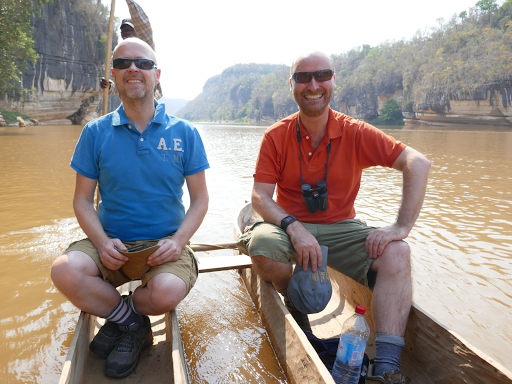 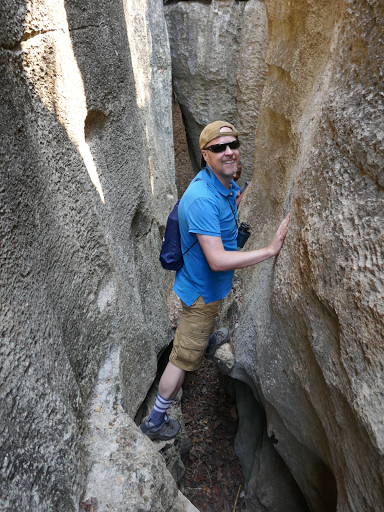 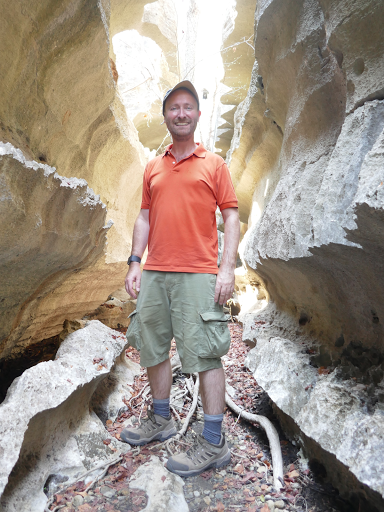 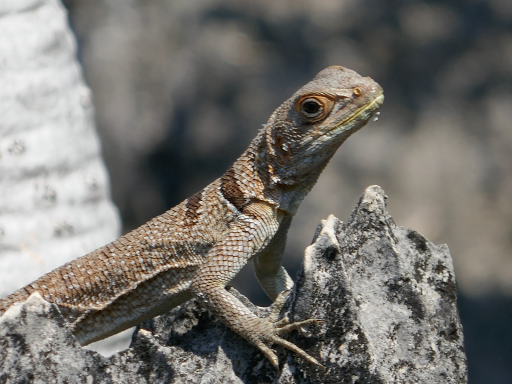 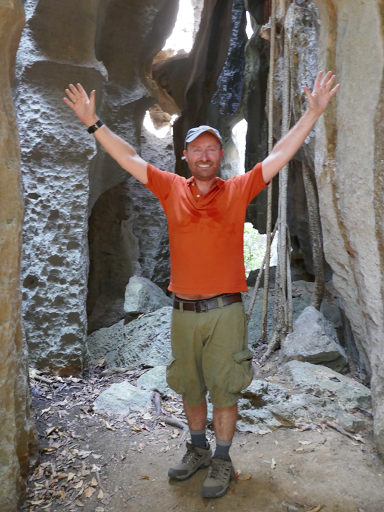 Posted by overyourhead at Monday, October 10, 2016