Now we had our river legs we knew how to relax on the upper deck into a full day of meandering (literally) down the river Tsiribihina.
The journey had to be so leisurely in part due to the river being so slow moving. It was fairly shallow too as it was the dry season. Not that the river ever gets particularly deep at the best of times. The river silt has been accumulating over the last 1000 years as 'slash and burn' has deforested the flood plain causing soil erosion.
Most of Madagascar was originally covered in forests. As most of the world was I suppose. But as man moved in so the need for land to plant crops increased. The trees were slashed and burnt. So now just 10% of the original forest remains. Which to be fair is probably better going than the UK.
The river gets used for everything these days - washing, drinking, fishing, cooking, living...
Mid morning we visited a local village with a little market in full swing. Locals were selling all sorts - rice, fish, chicken, eggs, zebu. There were flies everywhere of course. And poverty everywhere too. The housing was dreadful. And the only building of any substance was the local school run by the church.
On the up side everyone wore brightly coloured clothes here and there was lots of laughing. Swings and roundabouts, eh?
A lucky few - some might say enterprising - teenagers had scraped together enough money to buy small solar panels to charge mobile phones. They sold this power to their peers. Many had phones but most were dead. Battery power, or the energy to supply it was like gold dust here. The phone owners didn't want to make calls though - too expensive - no, they wanted to do what all teenagers do with their phones, play music. New songs get recorded from the radio and transferred to the phones by the owners of the radio using a USB stick: 100 ariary (about 3p) a song. Capitalism lives!
For the little kids - the poorer kids - we bought pens, paper and sweets from a local vendor and distributed them just before we returned to our boat. It was heart breaking to see them clamour for the one thing they wanted more than anything else we offered them. No, not the pens the kids at the boarding point wanted. Nor even the sweets that looked so tempted. It was the books of paper these kids really wanted. Blank paper. Other tourists gave them pens. They had pens. These little guys had nothing to write in so paper was what they needed. Bless.
Once underway we continued downstream once again. The river got wider and we spotted bats in bat caves, parrots in the trees, and even a female crocodile tending her newly laid eggs.
After lunch we visited another village, this one even poorer than the first though. There was no electricity, no clean water. The houses were straw huts or simple wooden shelters. Again the people seemed happy and were wearing brightly coloured clothes. Even those that had things to sell were respectful to us and were never pushy or calling out at us as we passed. Respectful but destitute. So sad.
We got to see some Baobab trees for the first time at the village. The upsidedown tree as it's known. Rather like world these guys live in.
Our crew parked the boat down river and in the evening the village kids crossed over in their canoes and danced around a big camp fire and sang songs for us to a local musician's guitar. It was sweet, funny, and at times frenzied. What started as a traditional follow-my-leader dance would evolve into twerking, limbo, etc.  Great fun. Fun that would continue well into the night. 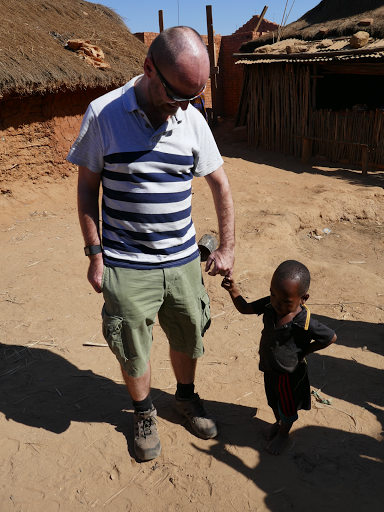 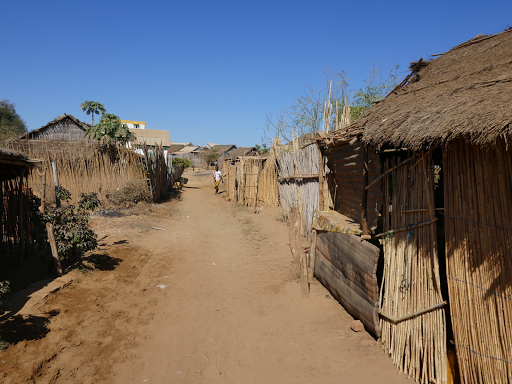 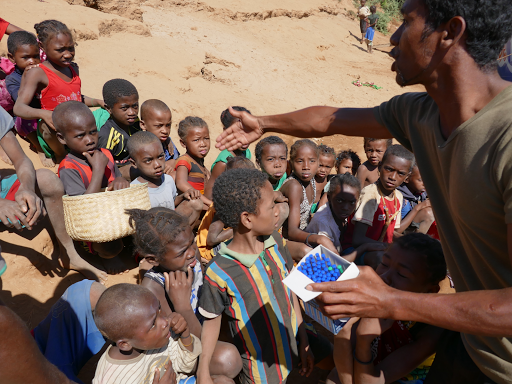 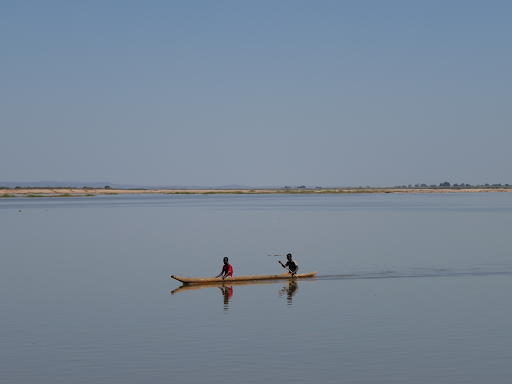 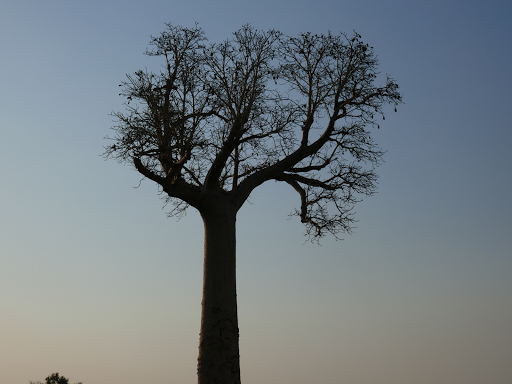 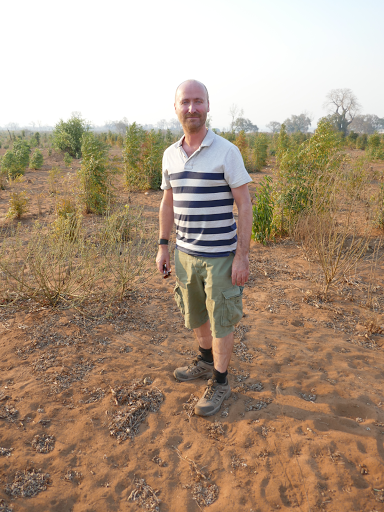 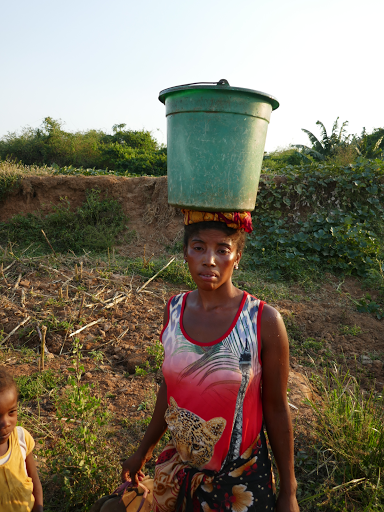 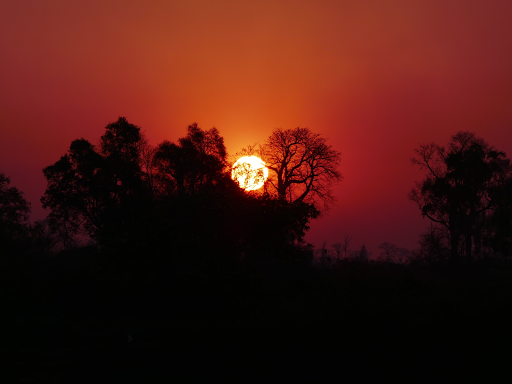 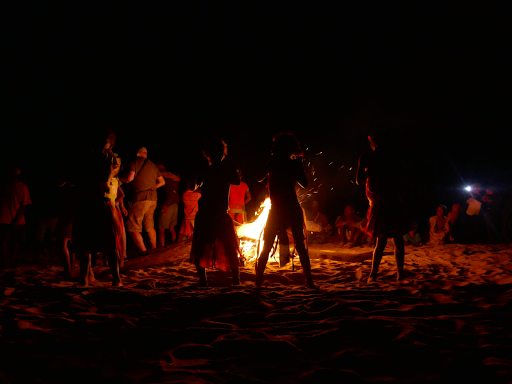 Posted by overyourhead at Sunday, October 09, 2016