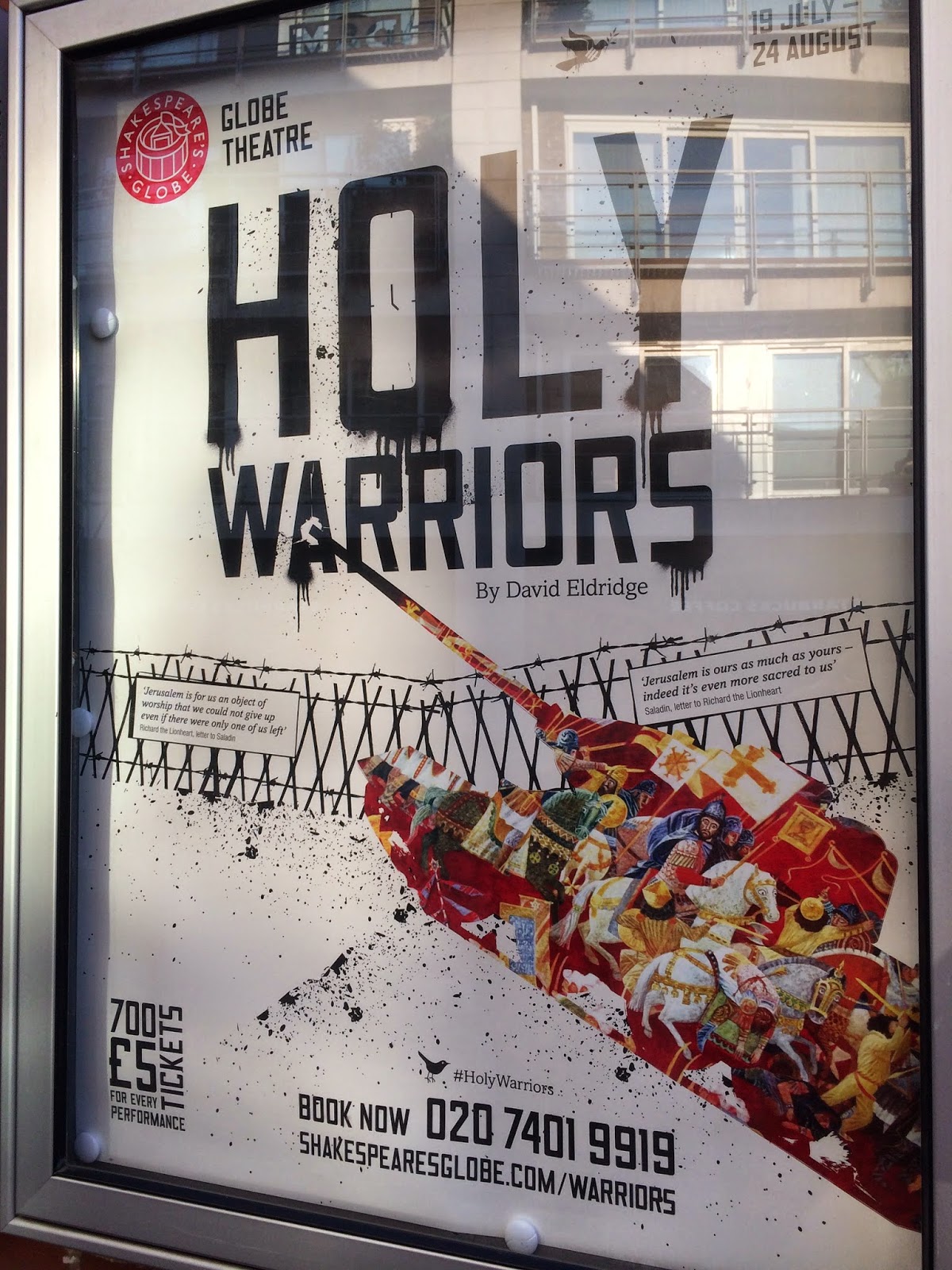 The cliché goes that those who do not learn from the past are destined to repeat it. And this is the central message of David Eldridge’s play Holy Warriors at Shakespeare's Globe.

The play relates 800 years of the struggle for Jerusalem and the Holy Land from the Middle Ages to the present day. The scope is ambitious and given the current troubles the subject matter perfectly timed.

The action starts in the late 12th century, and Richard is trying to win back Jerusalem, the holy city for both Christians and Muslims. This particular Crusade fails and we are left wondering why.

When Richard finally dies and goes to purgatory where his now dead mother treats him to a fast-forward through history as we see failure after failure to reach any sort of settlement in the Holy lands. It's a sort of Christmas Carol setup with Eleanor of Aquitane as the ghost of Christmas Future. We meet Napoleon, Lawrence of Arabia, King Fiesal, some Zionists, some Palestinians and some Egyptians. Oh and Presidents Jimmy Carter and George W Bush. And last but no means least Tony Blair.

Richard is then asked the big question: if you had the chance to do it all again, would you change a thing?

The story then re-runs with all the medieval characters in modern combat fatigues. Sadly, despite their fresh look and wise-cracking, we are lead in the end to the same sorry conclusion. We are failed by our leaders.

Eldridge writing is enjoyable, ambitious, and compelling. A very nice touch is using many places names from the historic Middle East that are still in use today as this naturally resonates with a modern audience.

James Dacre’s production is colourful and lively, has songs, dances and many impressive visual elements.

Alexander Siddig is excellent as Saladin. John Hopkins cuts a powerful (and rather sexy dash) as Richard; Geraldine Alexander is super as Eleanor of Aquitane and Sirine Saba impressive as Berengaria of Navarre.

The power of Holy Warriors is in telling us that Jerusalem is not only a symbol of Middle Eastern politics but that the battle for it's possession perpetuates a cycle of hatred and violence. A cycle that will continue for as long as our leaders are unable to compromise and reach peace. 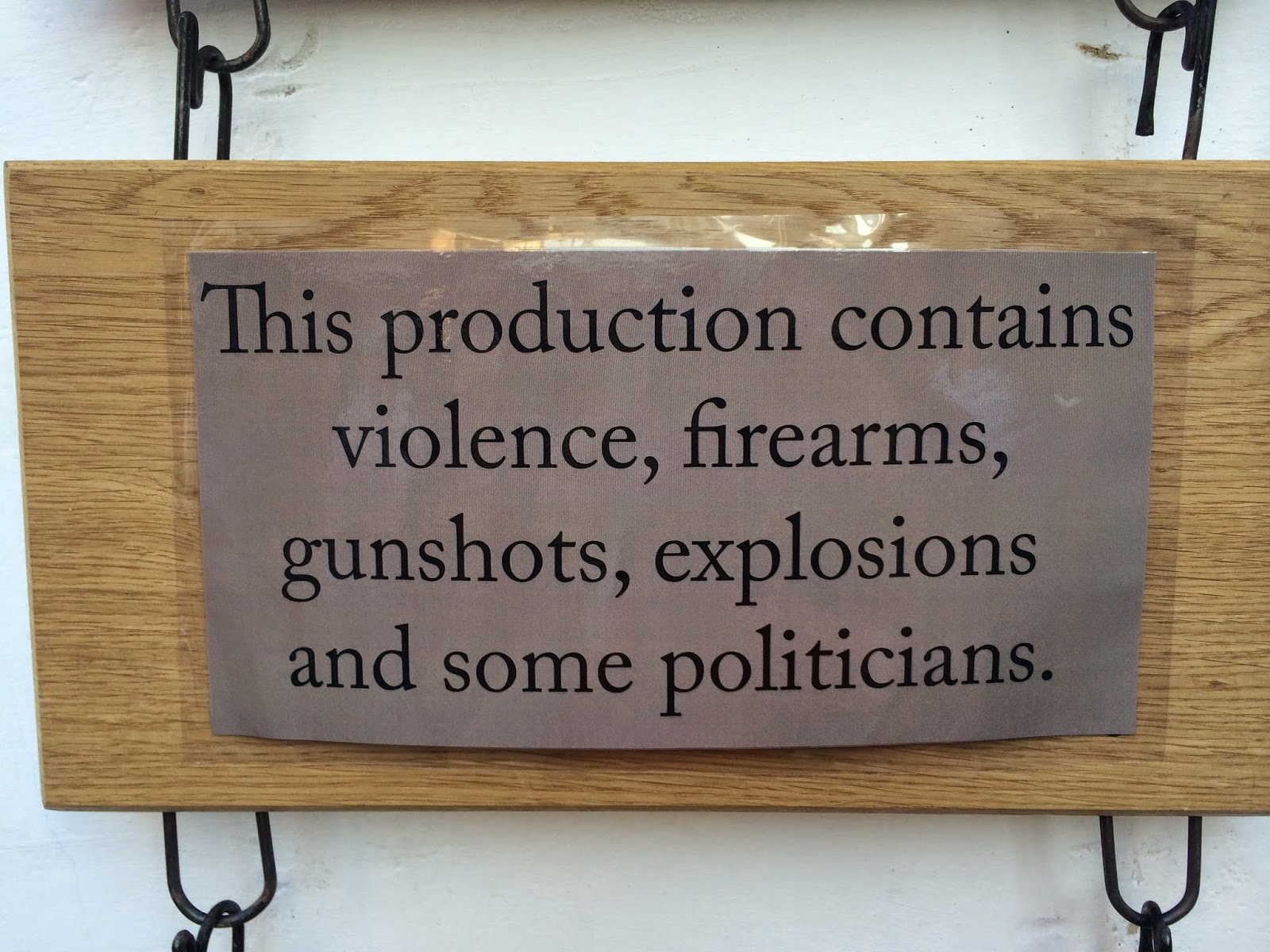