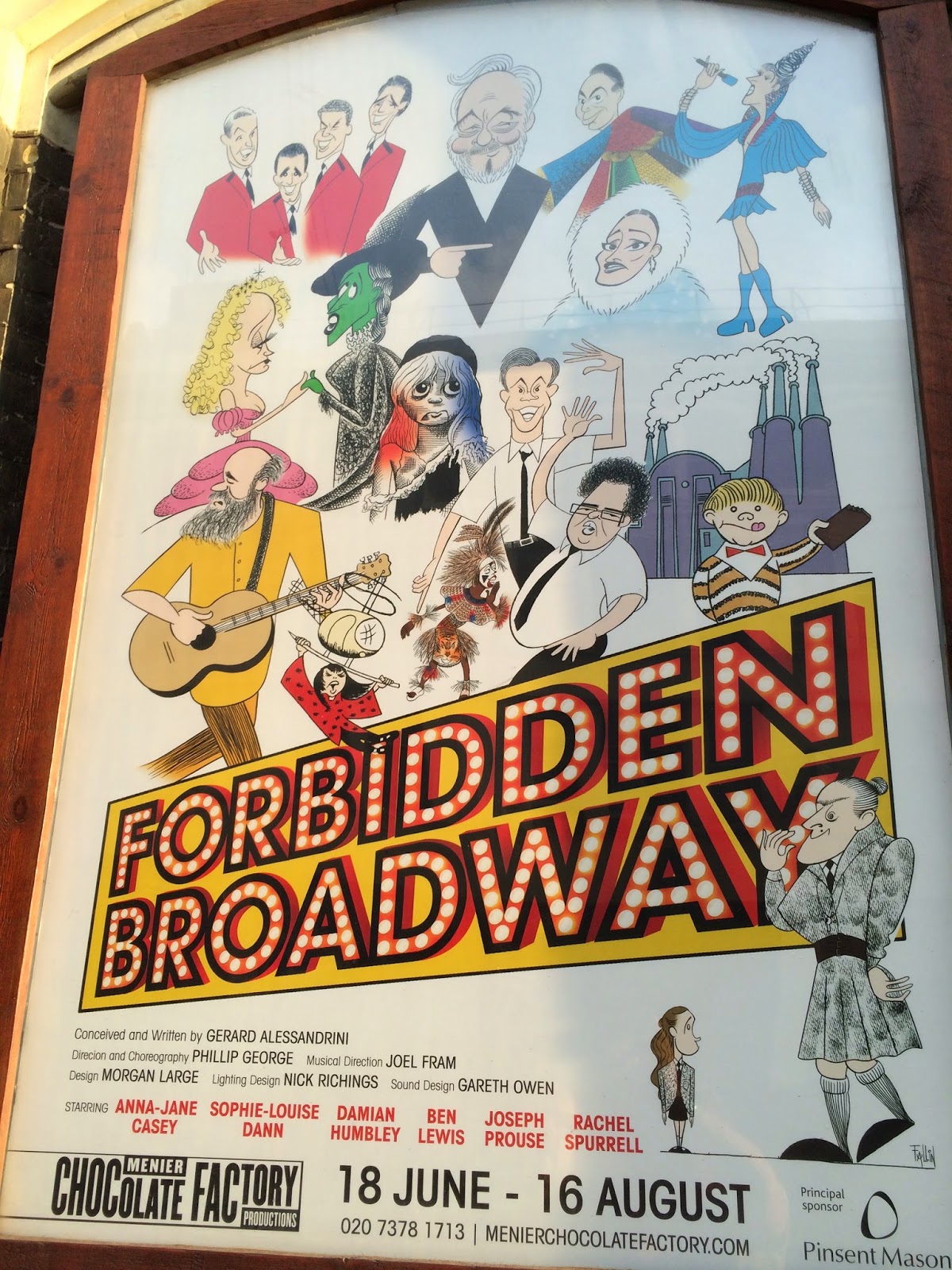 It's a show that has been running off-Broadway for well over 30 years putting new lyrics to songs from living musicals. This long-running hit is relentlessly, cleverly, breathtakingly funny. This is precision-engineered ridicule. I had tears rolling down my cheeks.

Despite never seeing the Irish musical Once, I loved Forbidden Broadway's vicious skit about it - and I'll be sure not to catch it.

There are numerous highlights - Les Mis comes in for a particularly vicious (and funny) attack as does Miss Saigon.

My fear that all in-jokes are thin jokes was utterly unfounded. The sparkling quartet of Anna-Jane Casey, Sophie-Louise Dann, Damian Humbley and Ben Lewis make this a most consistently funny show.

Go see before it closes.
Posted by overyourhead at Monday, July 28, 2014