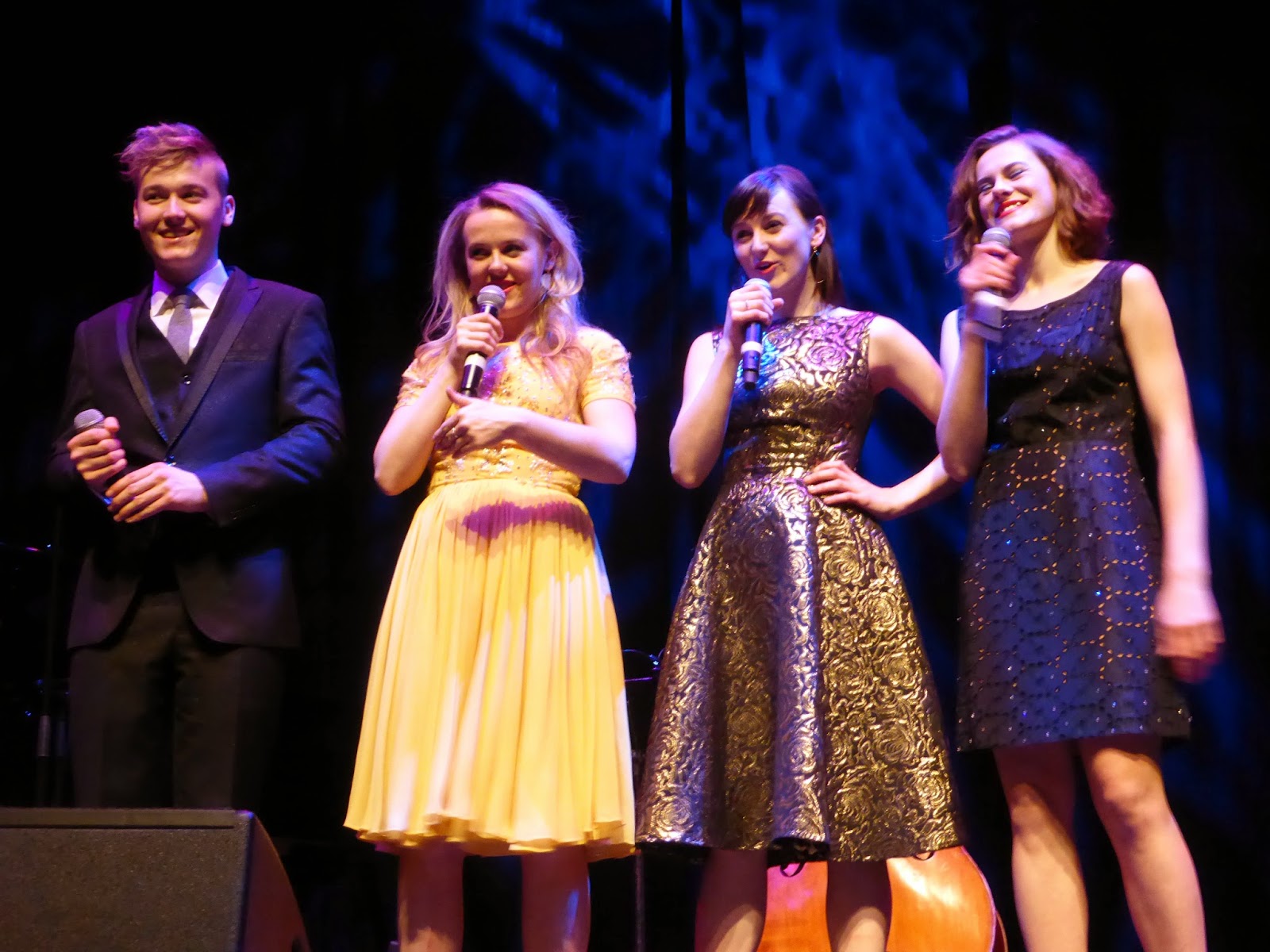 Last Saturday night Stuart I watched the gayest event of the year. No, not Eurovision. It was The Von Trapp Singers as presented by Pink Martini at the Barbican Hall in London's glitzy Barbican Centre.

We were intrigued to see what Pink Martini had done with the singing quartet - the great grand children of those mountain climbing Austrians.

Naturally we were treated to a sprinkling of songs from The Sound Of Music too but these were only some of the highlights among many others. In wasn't just a night of cover versions either. The only boy in the troupe August had written some new songs. And these were all pretty damned good.

During the performance we kept catching their eyes. Maybe because we were front row middle, three feet away and applauding rather too wildly for rather too long.

Icing on the cake was a guest appearance by Meow Meow. She all but stole the show.

They even did a nod to Eurovision at the end and sang Abba's Fernando. In Swedish.

Great grand mother Maria would have been proud.