The Testament Of Mary... 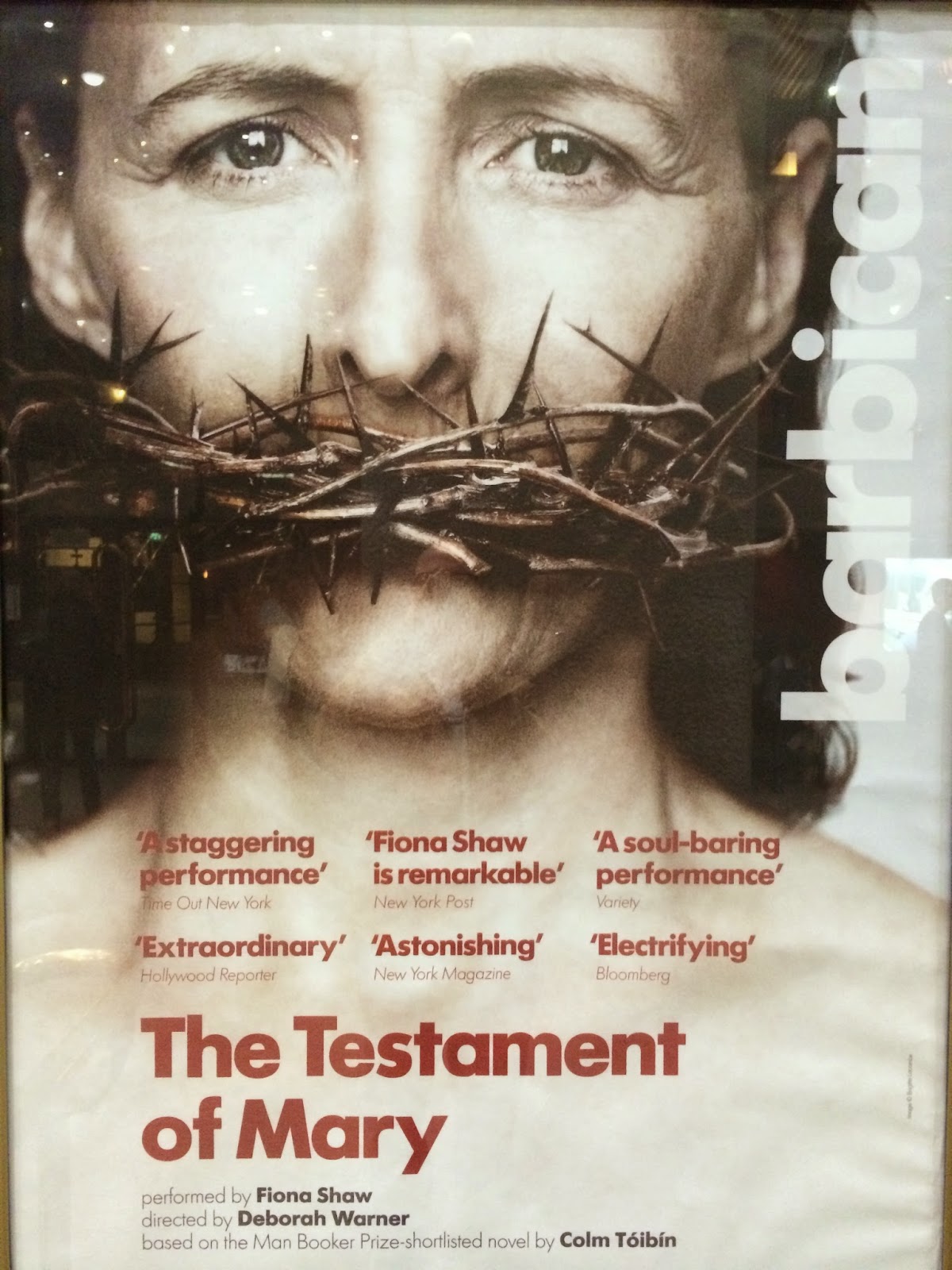 Last night Stuart and I went to see The Testament Of Mary at the Barbican Theatre in London's glitzy Barbican Centre.

Starring Fiona Shaw (loved her in True Blood) it's a one woman show telling the story of The Crucifixion from Jesus mother's perspective some years after the event.

It's was a powerful, thought provoking piece. And a master class in acting. Shaw commanded the stage, filling the space with Mary's rage, Mary's sadness, Mary’s memories.

It's a clever piece too which while being respectful to the classic story it also gives a more realistic interpretation of the events from a mother's point of view. It treads a careful but thoughtful line between respect and disbelief.

She is a loving mother cut out of her son's life. He has taken his own path and she struggles to understand it.

Starting out Mary could almost have quoted Monty Python's Life Of Brian and come out with, "he's a very naughty boy!" She goes on to describe The Disciples as, "my son's misfit friends." His miracles are recounted along the lines of, "well, I didn't see it happen myself but so-and-so swore it did." Indeed in many parts Mary categorically says that many of the myths surrounding Jesus were completely made up by the hysterical crowd or by those who wrote it down so many years later. As an example she recounts a dream that she shared with someone else and which then got retold as a fact and written down as such. She hints at sleight of hand too. At the wedding where the water is turned into wine she says, "six vases were indeed brought out from the back and there was certainly water in one of them. But as for the others..."

At the end, Mary had told her tale. And set a few things straight. Miracles or not, he was a naughty boy. But also her son. Blackout.

The audience rose to their feet. Shaw was a triumph.