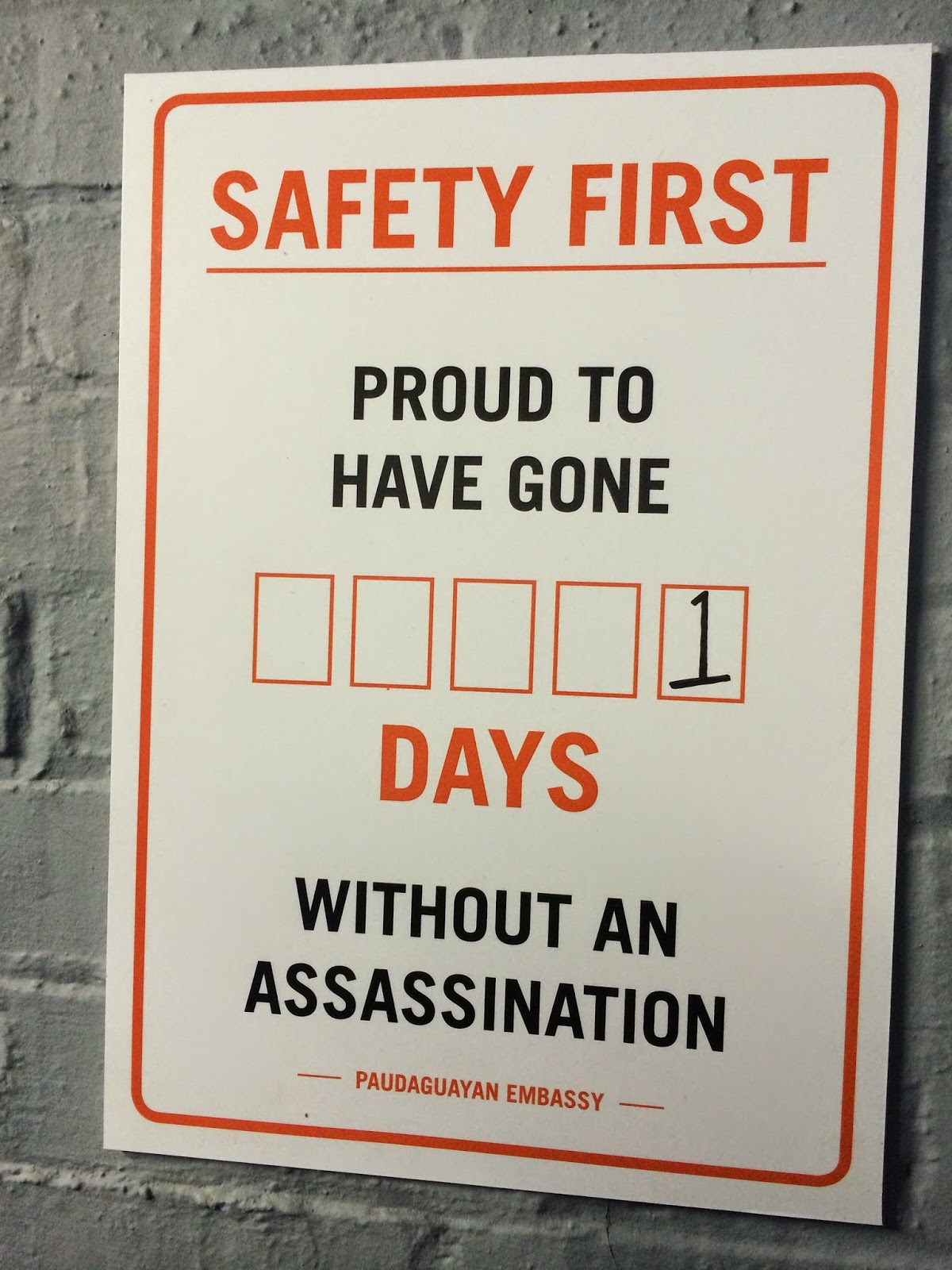 There had been a murder at the Paudaguay Embassy and we were brought in to find out whodunit.

Run by A Door In A Wall the game consisted of seven missions where we had to go to addresses in and around Kings Cross, follow leads, solve clues, and interact with actors on the street to try and piece together the evidence. There were loads of inventive hiding places: posters in shop windows, messages on the street, mazes to navigate, graffiti to decode and puzzles to figure out.

Our team name - Pauda-guys - won the best team name prize and we did indeed work out who the murderer was. Sadly another team won the big prize though as they figured out more of the motives than we did.

Great fun if you like that sort of thing. Which we do!