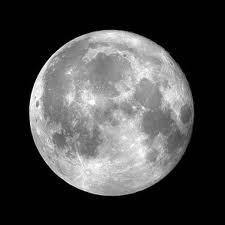 Last night Ian and I went to see Brian Eno's Apollo being performed at the Queen Elizabeth Hall on the South Bank. Following two sold-out and highly acclaimed performances at London's Science Museum, pioneering ensemble Icebreaker and formidable pedal steel guitarist BJ Cole were bringing one of Brian Eno's best and most influential ambient albums to life. Apollo was written for Al Reinert's documentary For All Mankind on the Apollo space missions, although it took so long to make the film the music preceded it by six years. Music from the album also appeared in the films 28 Days Later, Traffic and Trainspotting. This show returned the music to its original conception - as a counterpart to this NASA footage from the Apollo programme - matching the mesmerising beauty and tranquil mystery of the Moon and Earth, and the dizzying scale and humbling feat of engineering involved in taking people to the Moon. The show was in two halves. Icebreaker initially performed three pieces. First up was an untitled orgasmic thumbing opener. Then we had David Lang's Cheating Lying Stealing - a rousing cacophony of orchestral flourishes. And finally Michael Gordon's Trance - originally in ten parts but we were just treated to parts I and IV. It was a sort of Tubular Bells for the atonal crowd. BJ Cole joined them in the second half for Brian Eno's Apollo proper. The music was a faithful recreation of the studio album. But this was overtaken by the NASA footage, which was stunning. Who knew they were filming anything but scientific shots up there? There was panning, fading in and out and arty shots aplenty. Very funny to see the compilation of all those astronauts tripping over the moon rocks. And all that golf! Great fun. The film won an Oscar. Deservedly so. And the music matched it perfectly.

Posted by overyourhead at Thursday, September 16, 2010