Goldfrapp @ Royal Festival Hall... "Which number bus did you get?" @goldfrapp @southbankcentre 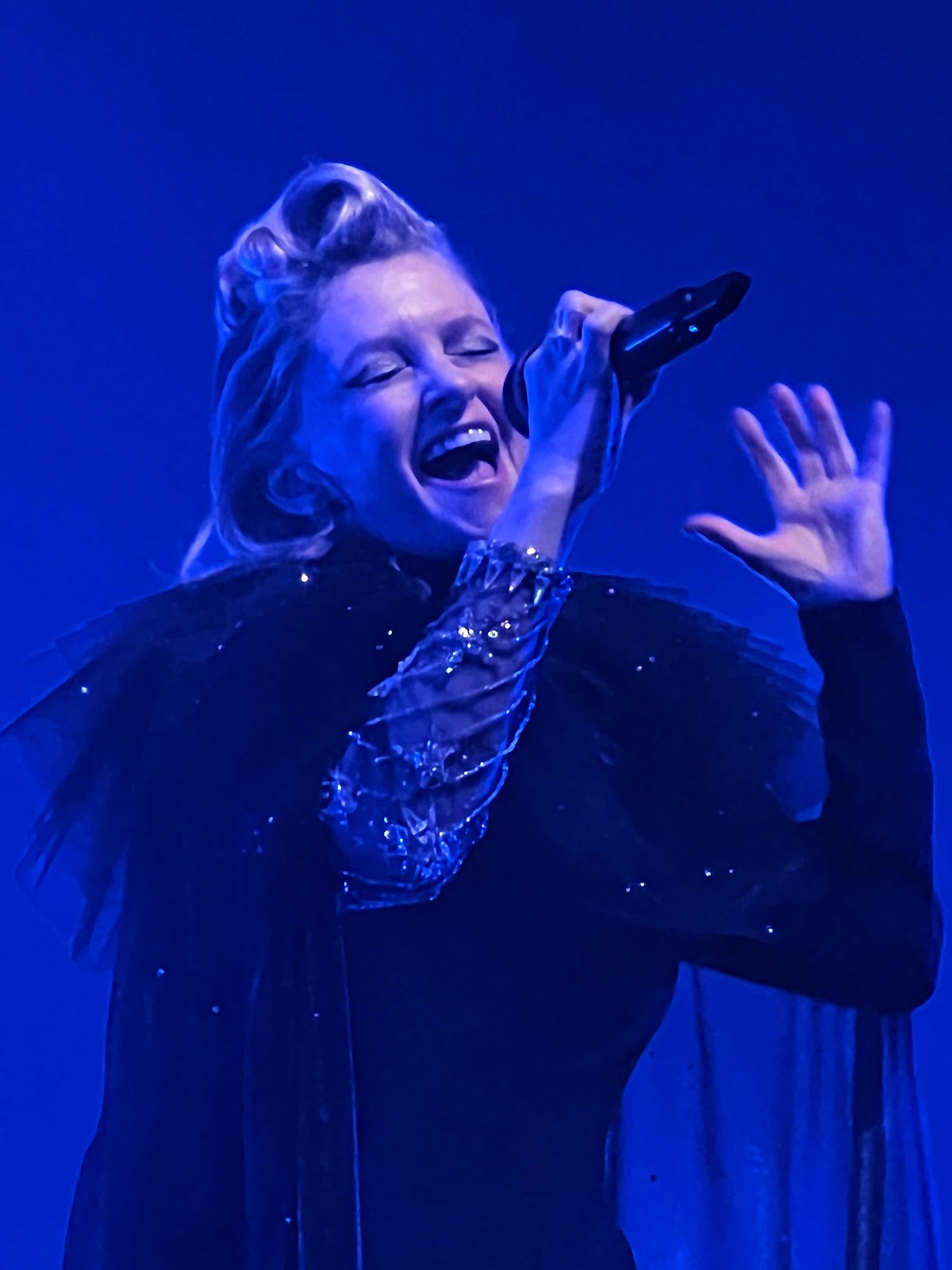 At the Royal Festival Hall last night, Alison Goldfrapp said she'd heard many people have come a long way for this concert and asked for some places... Tel Aviv, San Francisco... then someone shouts out "Peckham", Alison's response is "Which number bus did you get?"

Earlier when Darren, Stuart and I had taken our seats in the glitzy South Bank venue we knew were in for a treat. But not that is was going to be this good. It was simply fantastic.

Playing their first album, Felt Mountain, along with many loved classics we were simply blown away.

Released in 2000, Felt Mountain mixed folk, 1960s pop, electronica and lush John Barry-style orchestrations to become a chillout classic, selling 250,000 copies in the UK alone and earning a Mercury Prize nomination. One of the defining albums of its genre.

Shy Alison stuck behind her microphone for most of the 85-minute running time only occasionally stalking the stage. But she held us all captivated by her charm, by her charisma, by and that voice. An ethereal unearthly voice that bewitched the entire auditorium.

And when the two encores roared onto the stage we were on our feet going crazy dancing and singing along. 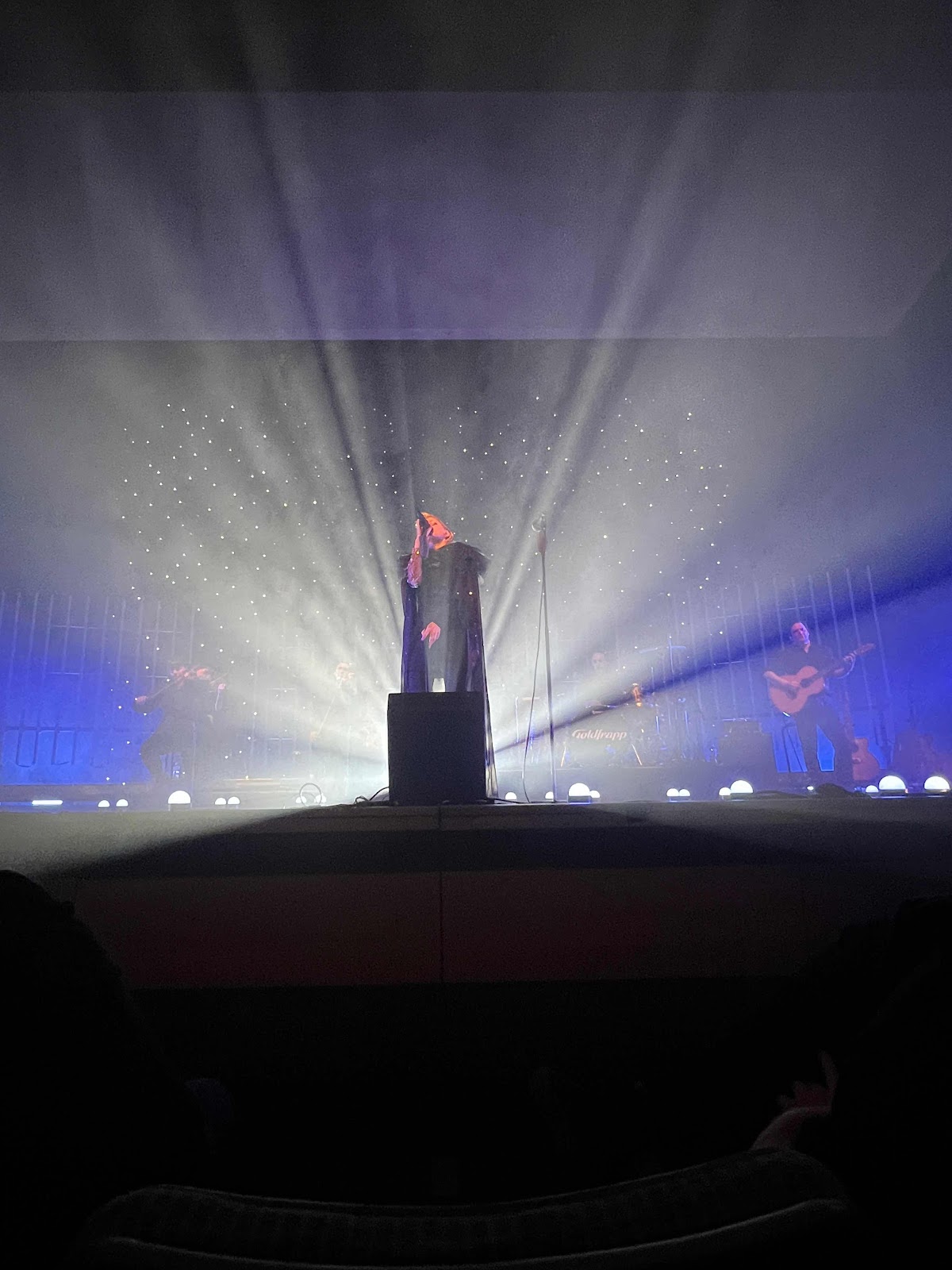 Below is the set list, and below that is the review I wrote in 2001 after seeing Goldfrapp for the first time at the Union Chapel. Much of that original review still holds true. 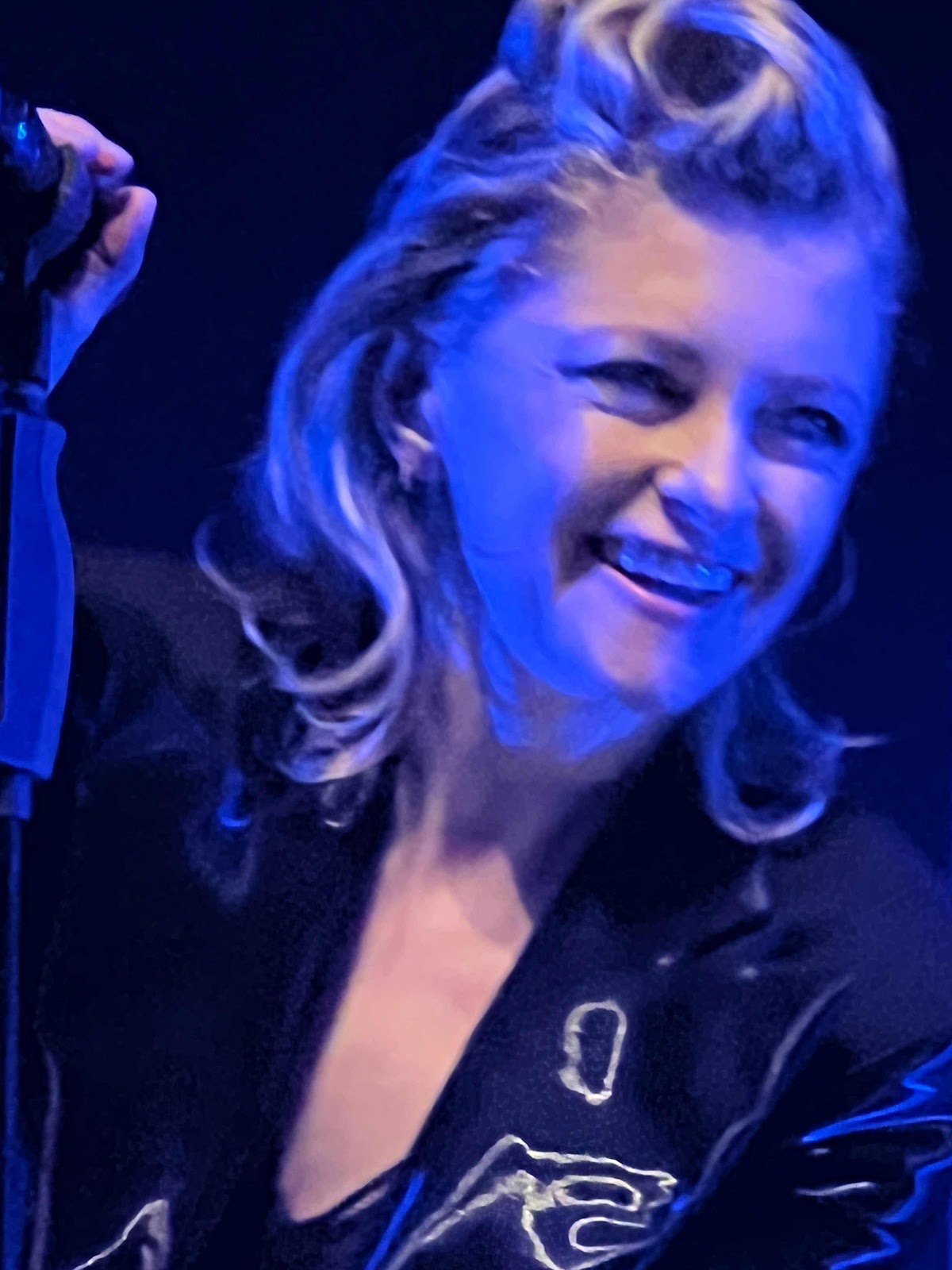 Review from 2001:-
"Amazing, sensational, dramatic, heart wrenching...
Last night's Goldfrapp concert at the Union Chapel was one of the best, if not the best concert I have ever been too. And judging by the roars from the packed pews I wasn’t alone in that view. I’m a fairly recent convert to Goldfrapp’s individual style of trip-hop, orchestral, landscape music. Many have likened Alison Goldfrapp’s voice to Shirley Bassey – to be honest I don’t see the connection. She has a multiple octave range and a delicious sexiness that would put Ms Bassey to shame. Alison is understated, almost shy on stage. She often would face sideways or towards the rest of the band, which only added to the mystery of her performance. She was dressed in an outfit that looked like a grey BOAC airline stewardess’ uniform from the 60’s. She drifted about the stage and struck the occasional pose that wouldn’t have looked out of place in Cabaret. A very enigmatic performance only made more wondrous when we realised that the sound coming over the speakers was actually coming out of her mouth and not from some synthesizer. She could in turns scream, soar, scale and boom in perfect pitch. The dreaminess of the songs and brilliance of the vocal performance from the outset told us we were in for something special. There were nine members of the band in total; a stringed quartet, an Irish fiddler, a drummer, two keyboards (one being Will Gregory) and Alison. Their music has an art house movie / east European freak show dramatic richness that any film score composer would be proud of. Impossibly deep organ riffs swelled and fell and echoed round the chapel with eerie effect. They performed every song from Felt Mountain to a rapt crowd. The light show transformed the chapel from late night smoky jazz room on Pilots to the magical dreamscape evoked by Utopia (the new single). Alison’s dusty vocals on Paper Bag brought a tear to my eye. Well actually tears were streaming down my face by the end. It was a very special moment. They did two encores. The much anticipated cover of ONJ's Physical and Horse Tears which brought the house down. If ever you get the chance to see them live. Go. I’ll be there.
Star Alert: Simon and Yassim Le Bon were snogging in a row but one behind us. Steven Tyler (that Aerosmith singer) and Chrissie Hynde tried to nick my seat while I was at the bar with Colin. Mark fought them off valiantly." 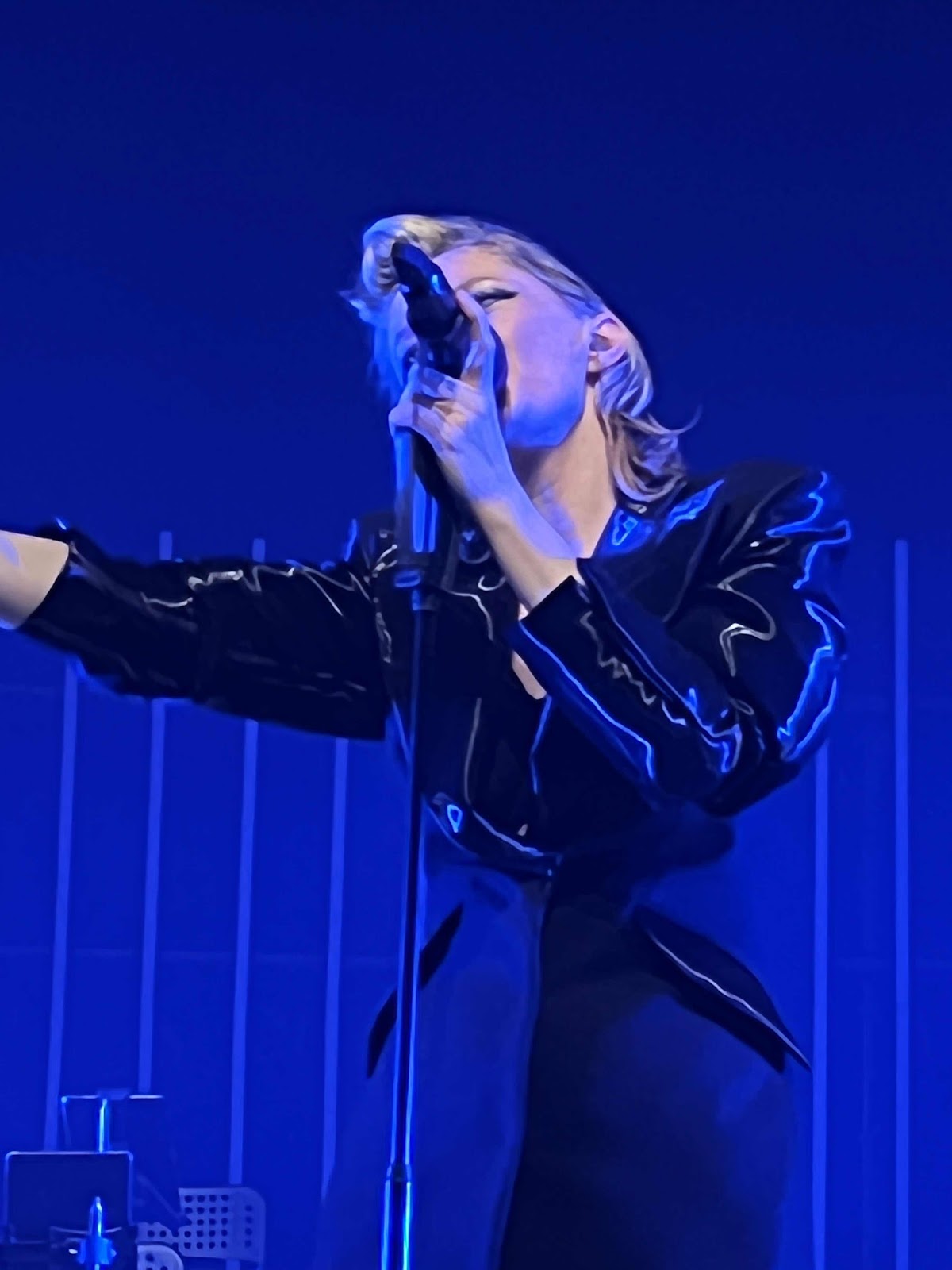 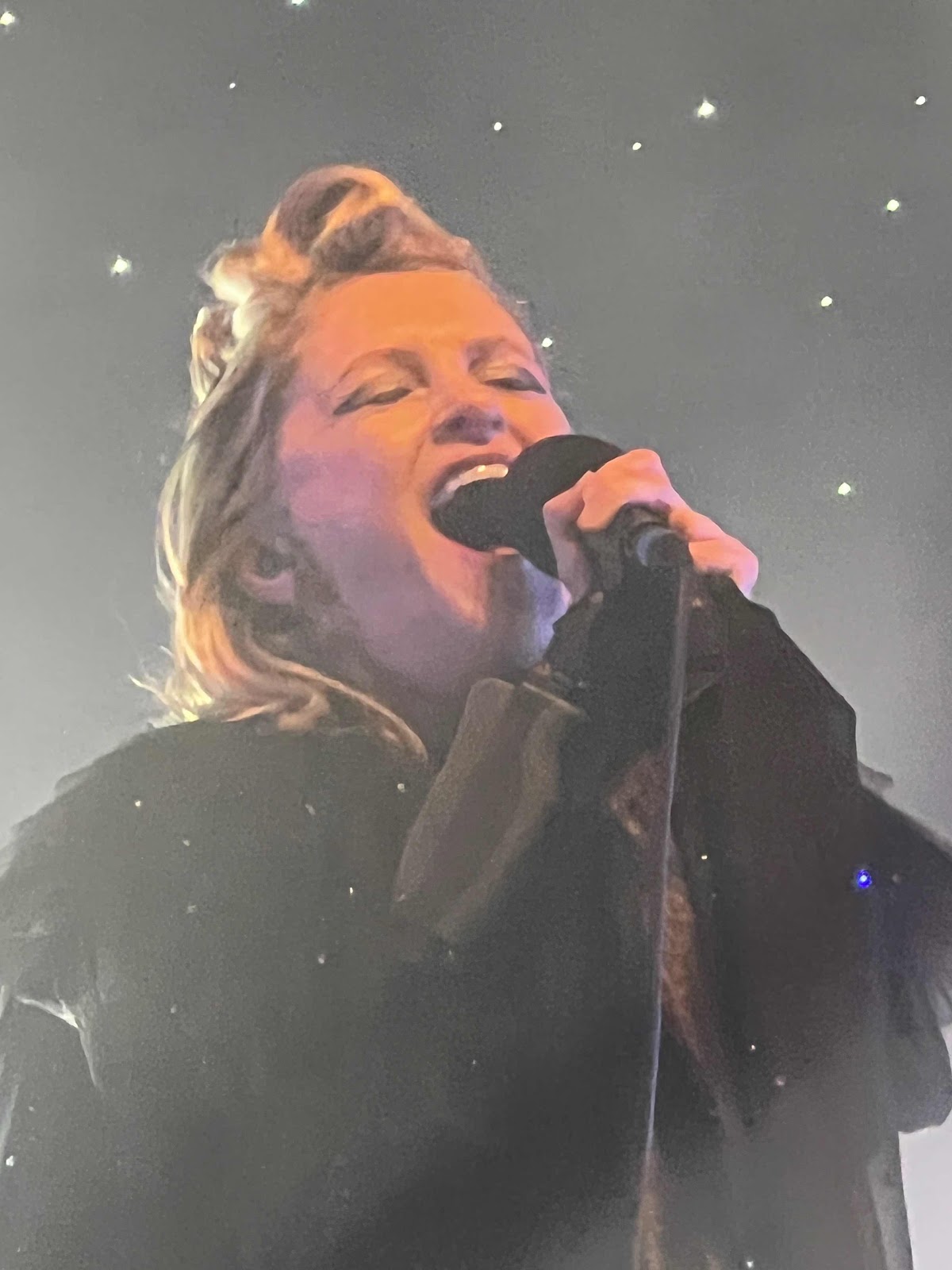 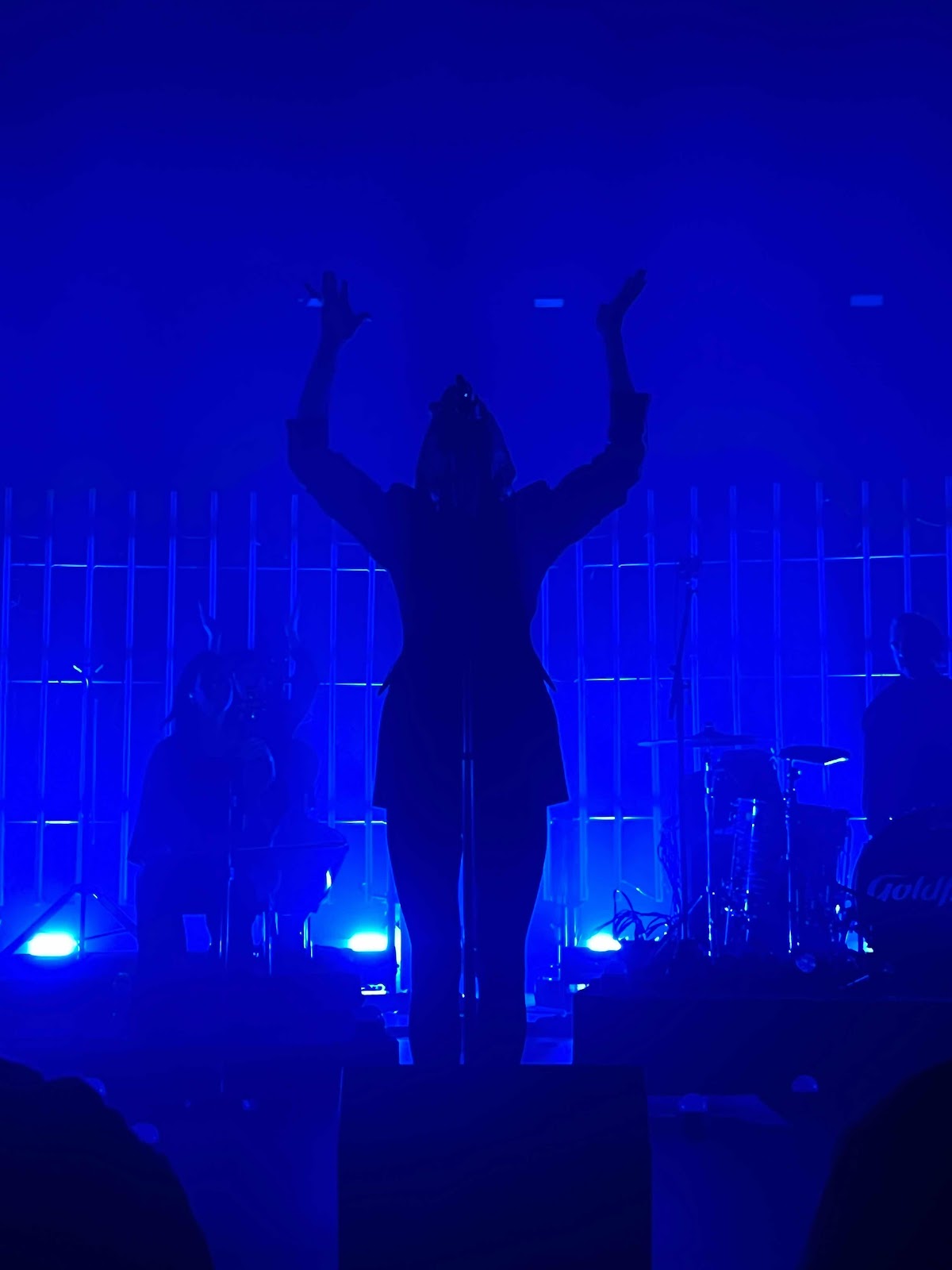 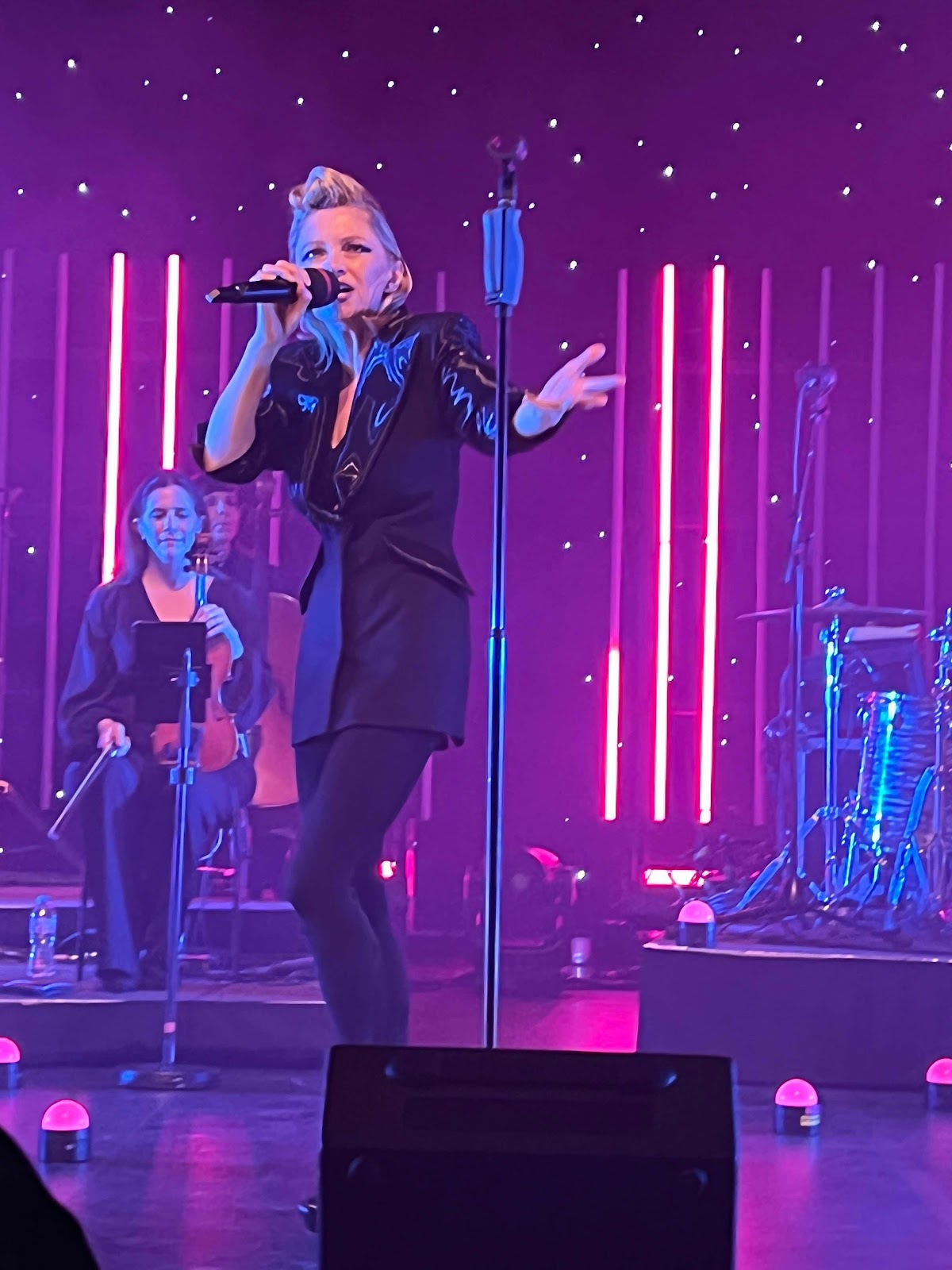 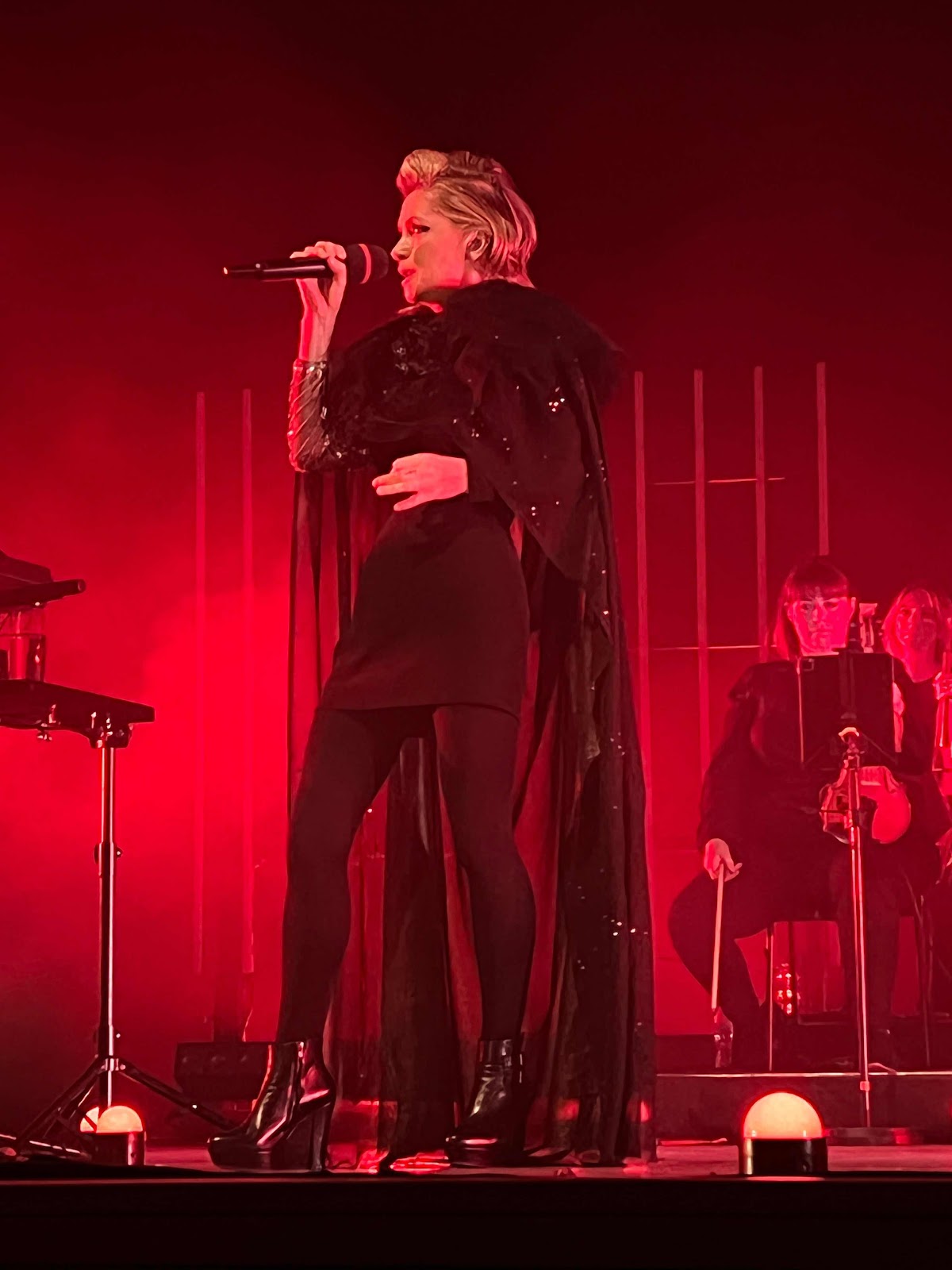