Doctor Who : The Legend of The Sea Devils - “A disappointment. Confusing, messy, and underwritten”

If I had a pound for every time the first female Doctor Who happily relied on a man to step up to the plate and sacrifice themselves over her for no real reason, I'd have two pounds, which isn't many, to be fair. No, having a female Doctor has been great.

But I do feel bad for Jodie Whittaker. She is doubtless a talented actor but with the most terrible writing. Last night’s The Legend of The Sea Devils wasn’t exactly dire - but it was all just a bit lame. A disappointment. Confusing, messy, and underwritten. And a MacGuffin called a ‘keystone’? Gimme a break.

Saving the joke “No ship, Sherlock” it barely cracked a smile. The action scenes were pantomime. The Yaz/Doctor romance seems well-meaning but again underwritten. A kiss? No fear. Captain Jack would have known what to do.

I do hope RTD reboots the show in the right way. I need Doctor Who in my life. But it has to be good Doctor Who. And not just simply watching David Tennant, Matt Smith or The Grumpy Doctors’ reruns on Forces TV. 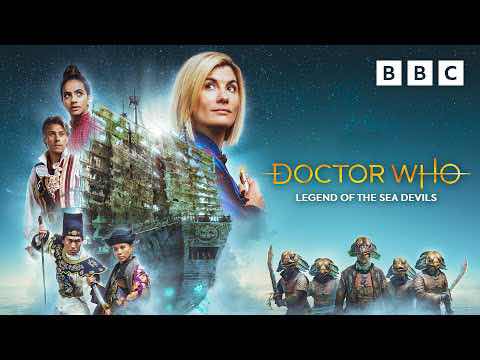