Peggy For You @ Hampstead Theatre...

Last night Stuart and I went to see Peggy For You at the Hampstead Theatre in London's glitzy Swiss Cottage.

Now, not everyone will enjoy it as much as we did. The play is written by a playwright. About a famous agent of playwrights. Featuring a lot of other playwrights. Talking about writing plays. You get the picture.

Don't get me wrong. It was very funny. A lot of zingers. But ultimately, we found out very little about Peggy Ramsey herself or what made her tick. But if you like jokes about writing plays - this is the play for you! 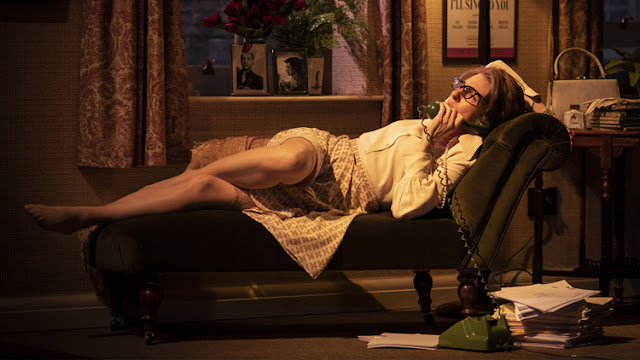 Posted by overyourhead at Friday, January 07, 2022