Last night Stuart and I went to see American playwright Marsha Norman‘s rather heavy-weight play ‘night Mother at the Hampstead Theatre in London’s glitzy Swiss Cottage.
Starring screen legend Stockard Channing and Rebecca Night the play won the 1983 Pulitzer Prize for Drama and was nominated for the Tony Award for Best Play; so we were expecting good things. Sadly it was an expectation not fully met.
The play is about a daughter, Jessie (Night), and her mother, Thelma (Channing). It begins with Jessie calmly telling her Mama that by morning she will be dead, as she plans to commit suicide that very evening. The subsequent dialogue between Jessie and Mama slowly reveals her reasons for her decision, her life with Mama, and how thoroughly she has planned her own death.
Suicide (or the mere threat of it) should evoke all sorts of emotions for a pair of first-class stage actors to really get their teeth into - compassion, fear, pity, rage, love, regret etc. - but sadly this production was all rather monotone. Matter-of-fact delivery and staging rather undermined the power of the writing. Which is a shame.
Nice to see Channing so close-up though. 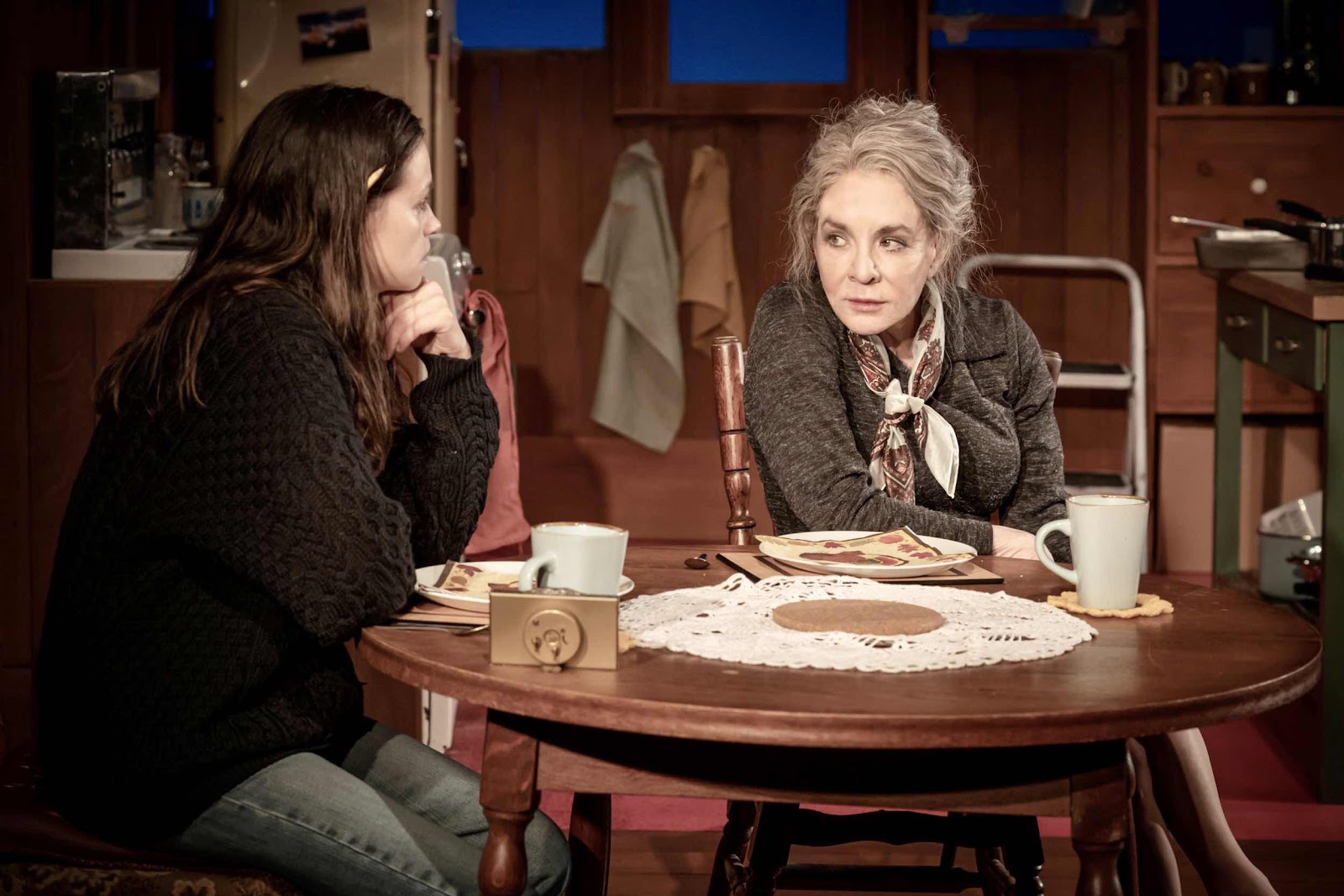 Posted by overyourhead at Friday, November 19, 2021