Today we hopped on the short train ride to the beautiful ancient city of Arles; Roman ruins, medieval churches, cobblestone streets, parks, and museums, too.
Particular high points were the huge Amphitheatre (still used for concerts, events and, yes, bullfights!), Place de la Republique with it’s Roman obelisk, the UNESCO Church of Saint Trophime with it’s magnificent cloisters, and the Roman necropolis Les Alyscamps.
It would also be hard to miss how proud Arles is of their one-time resident, artist Vincent Van Gogh. Even though he only lived in Arles for 15 months, he produced over 300 paintings during that time. Scattered throughout the city are boards displaying sites marking with a large easel a copy of the painting he created at that location. 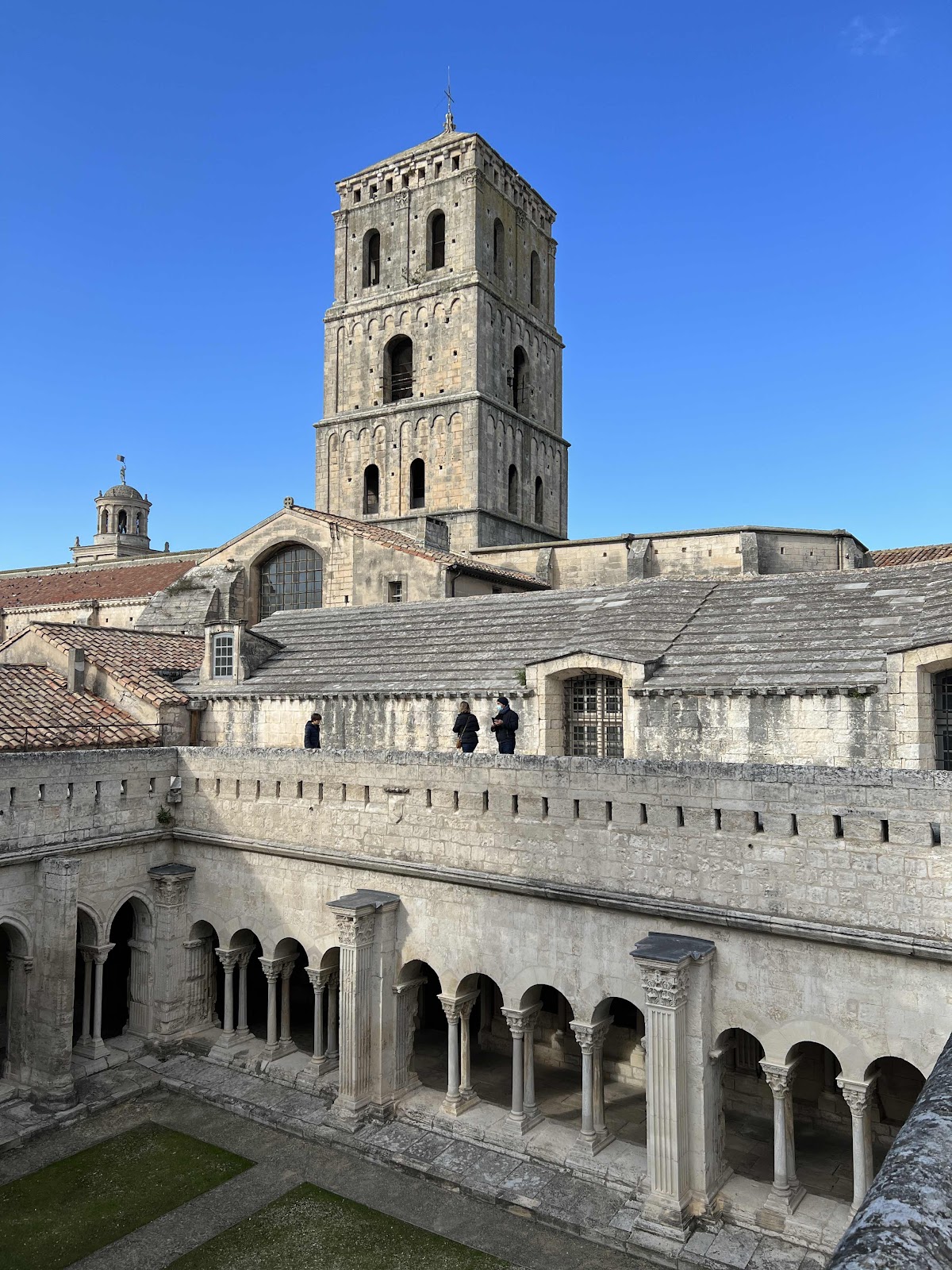 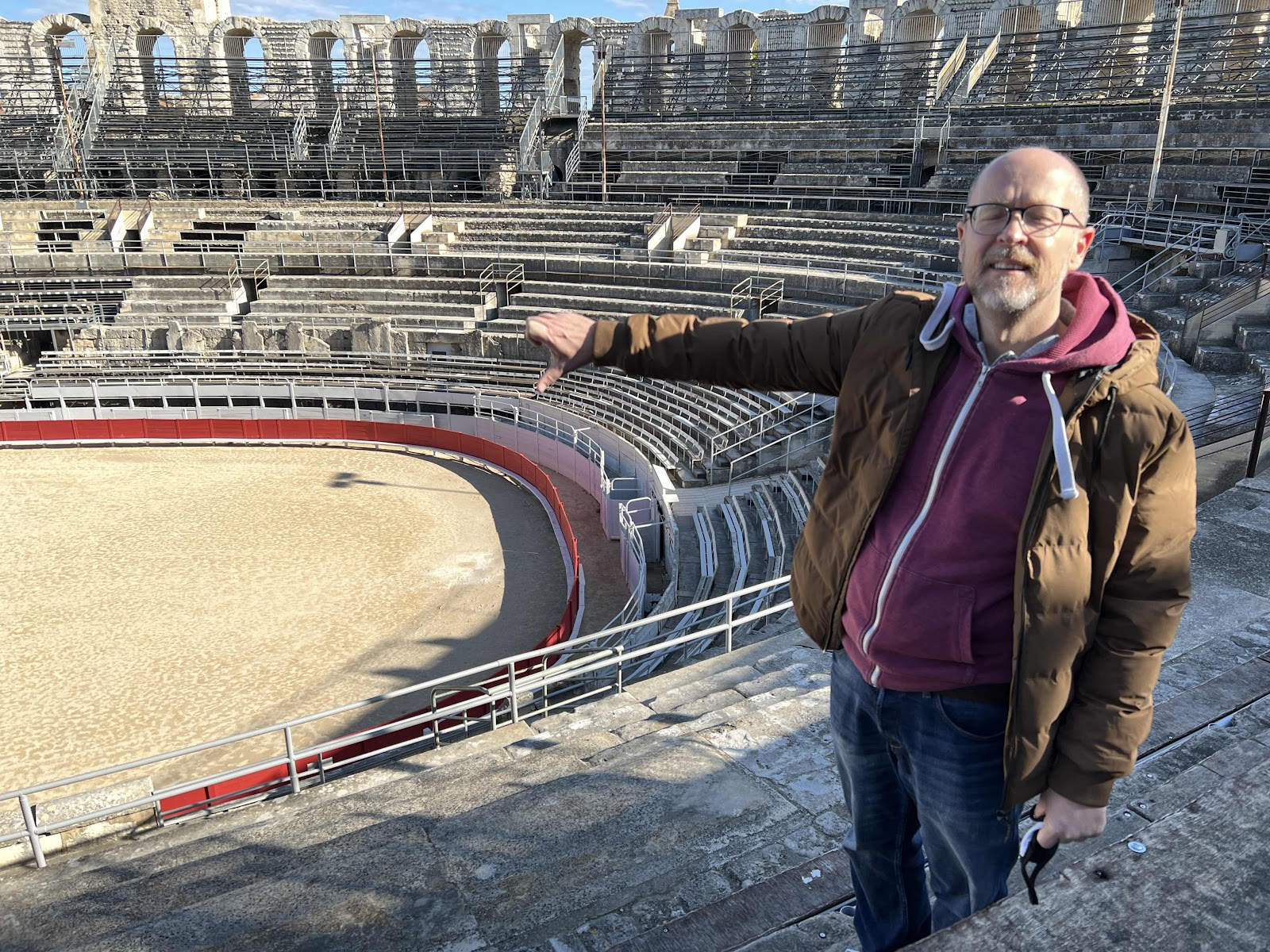 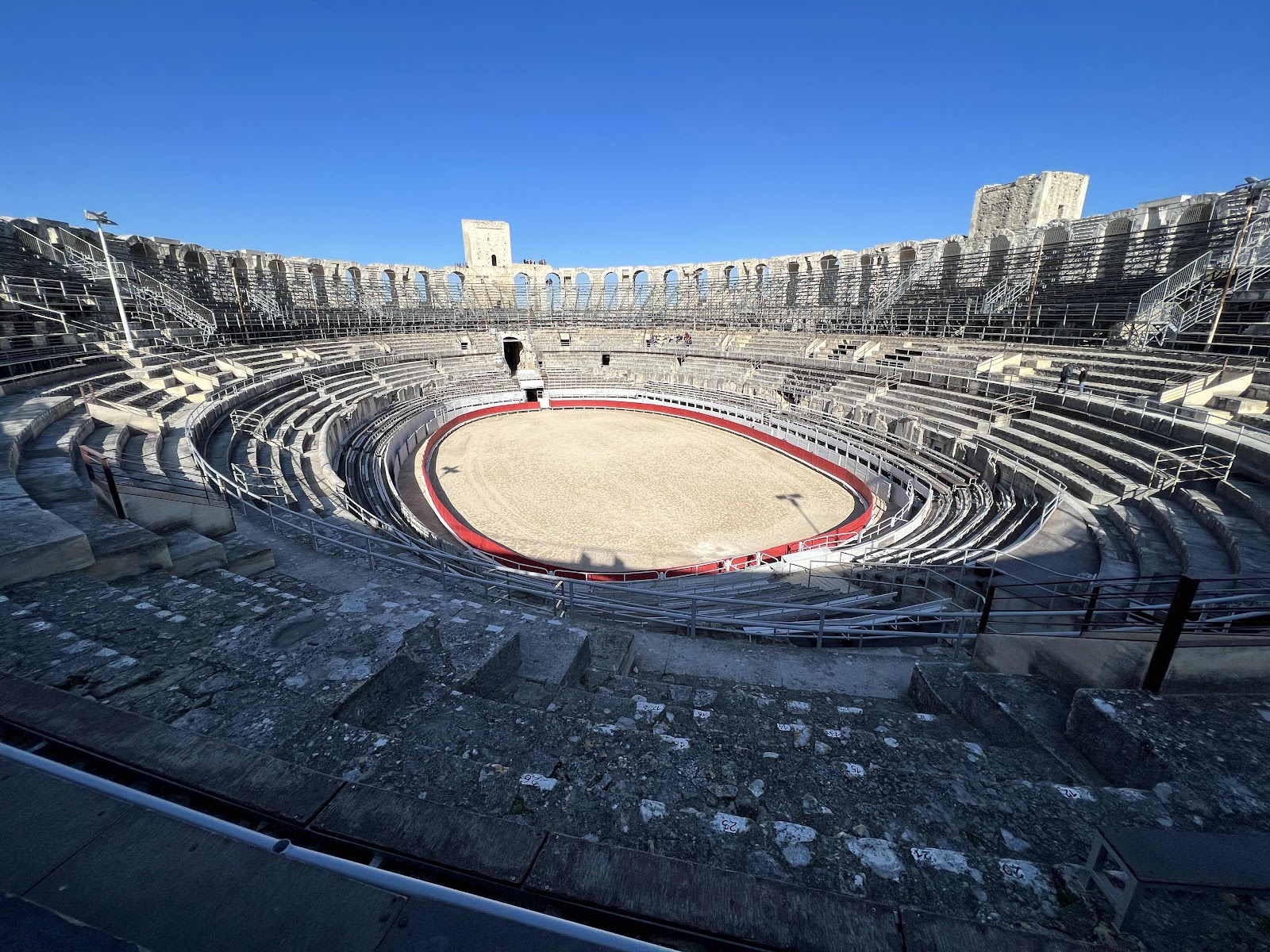 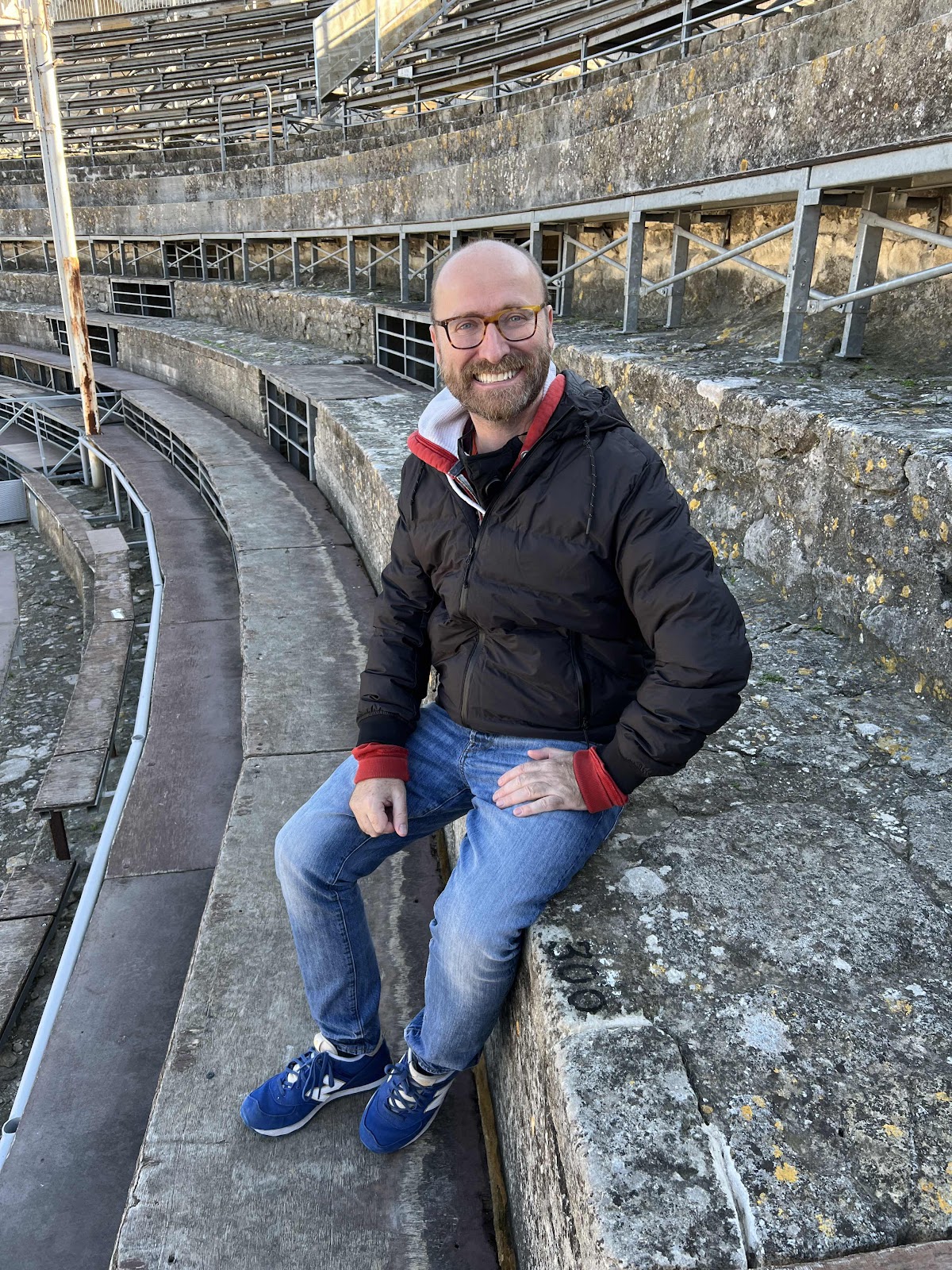 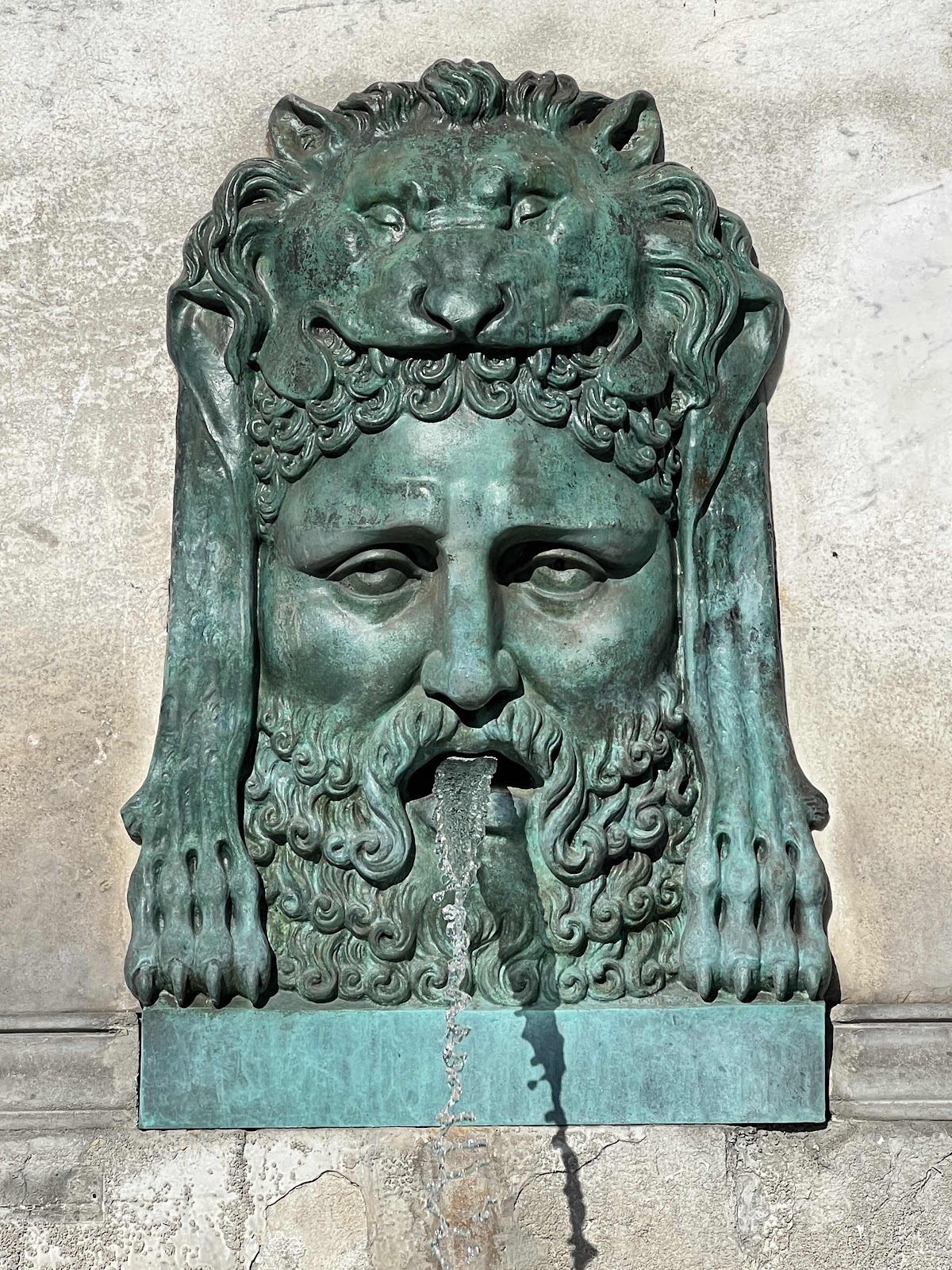 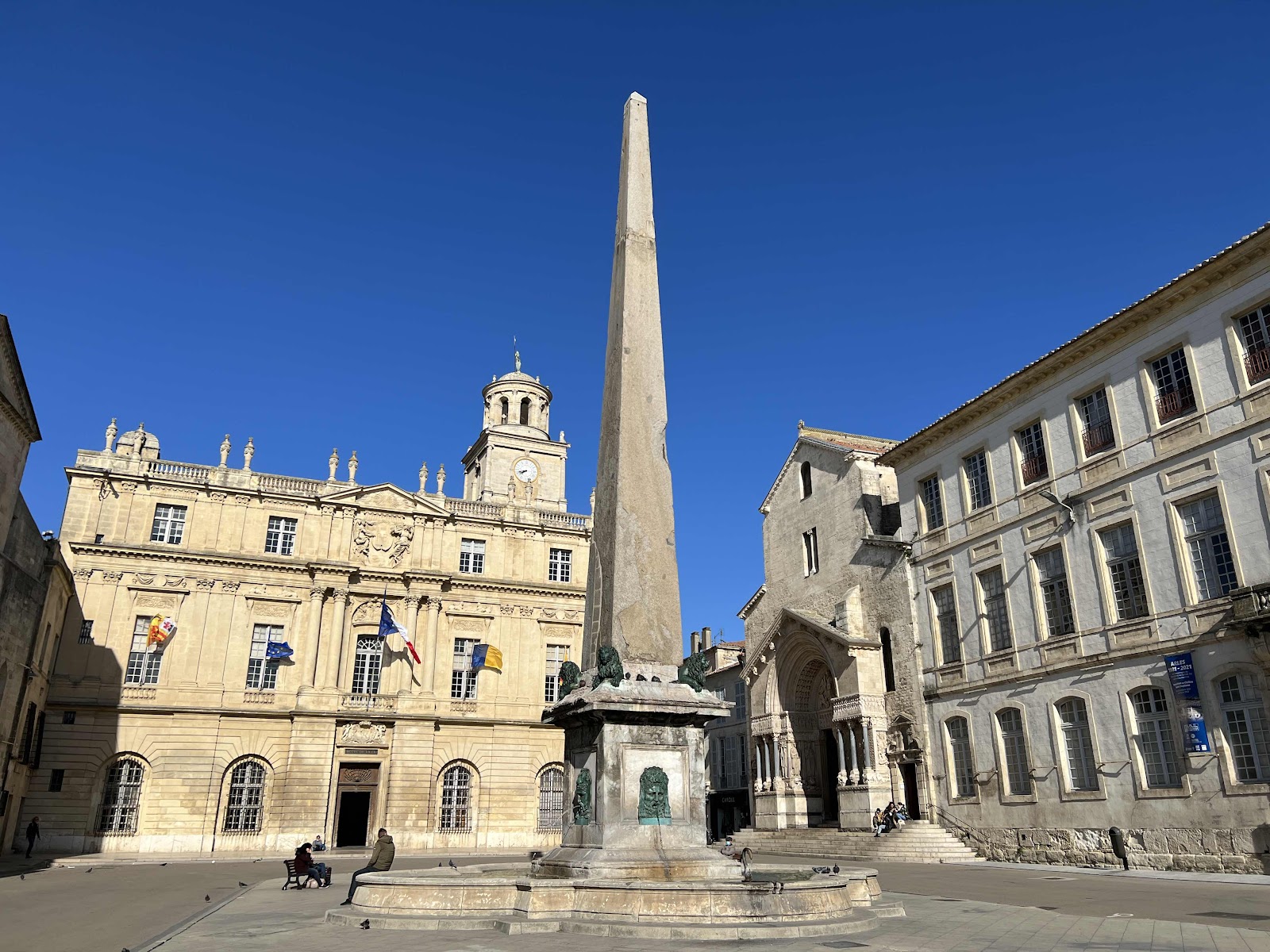 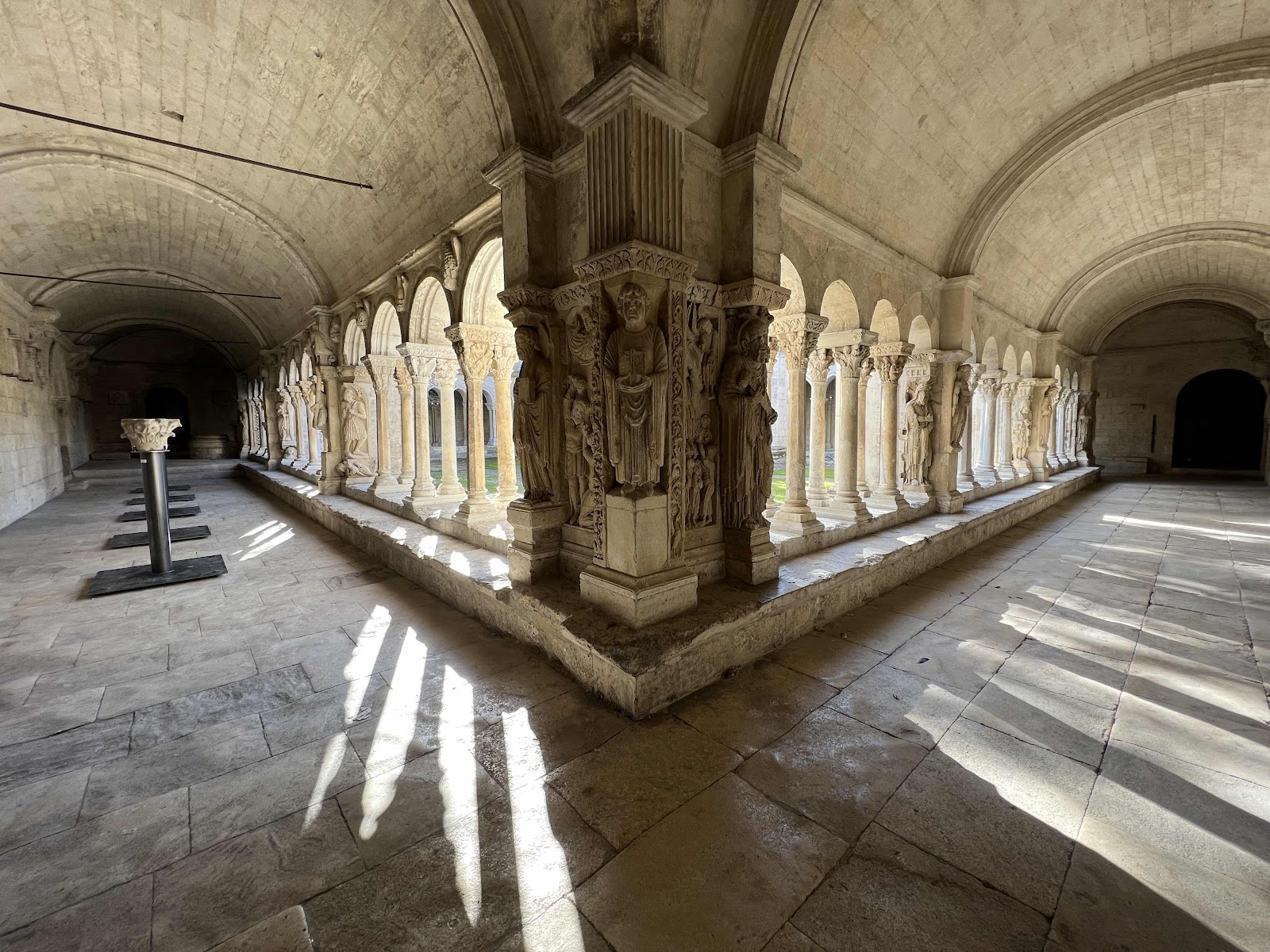 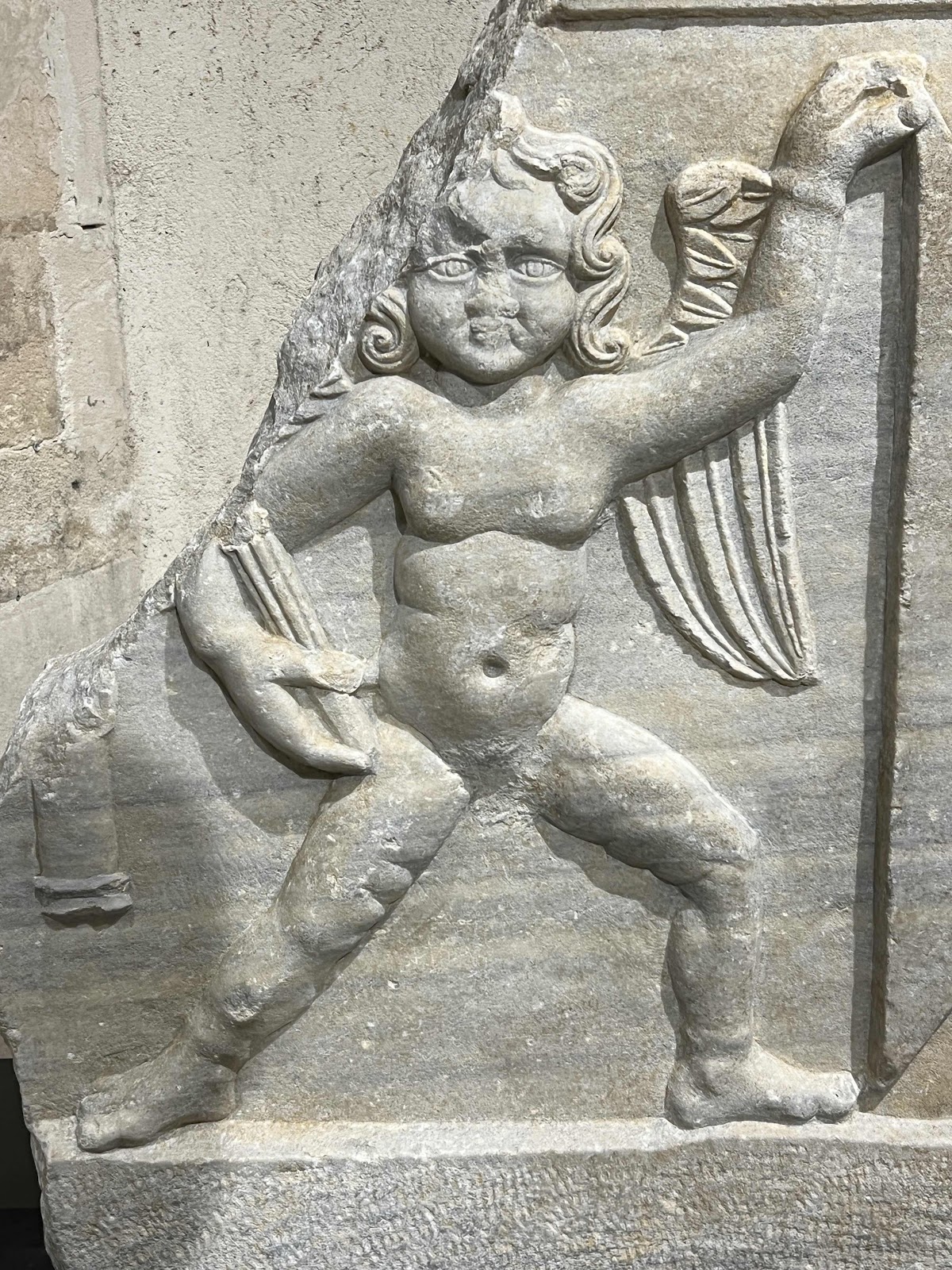 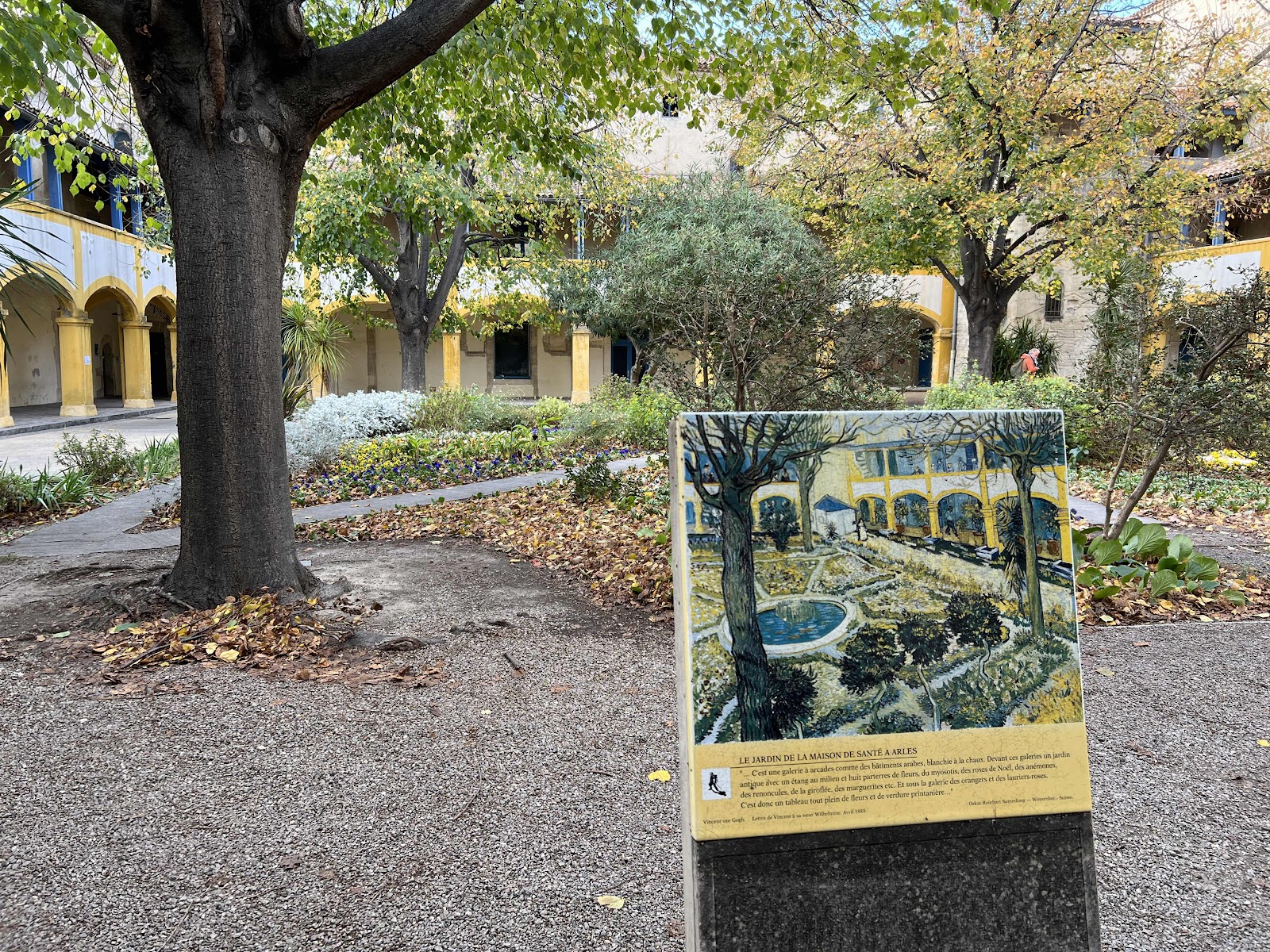 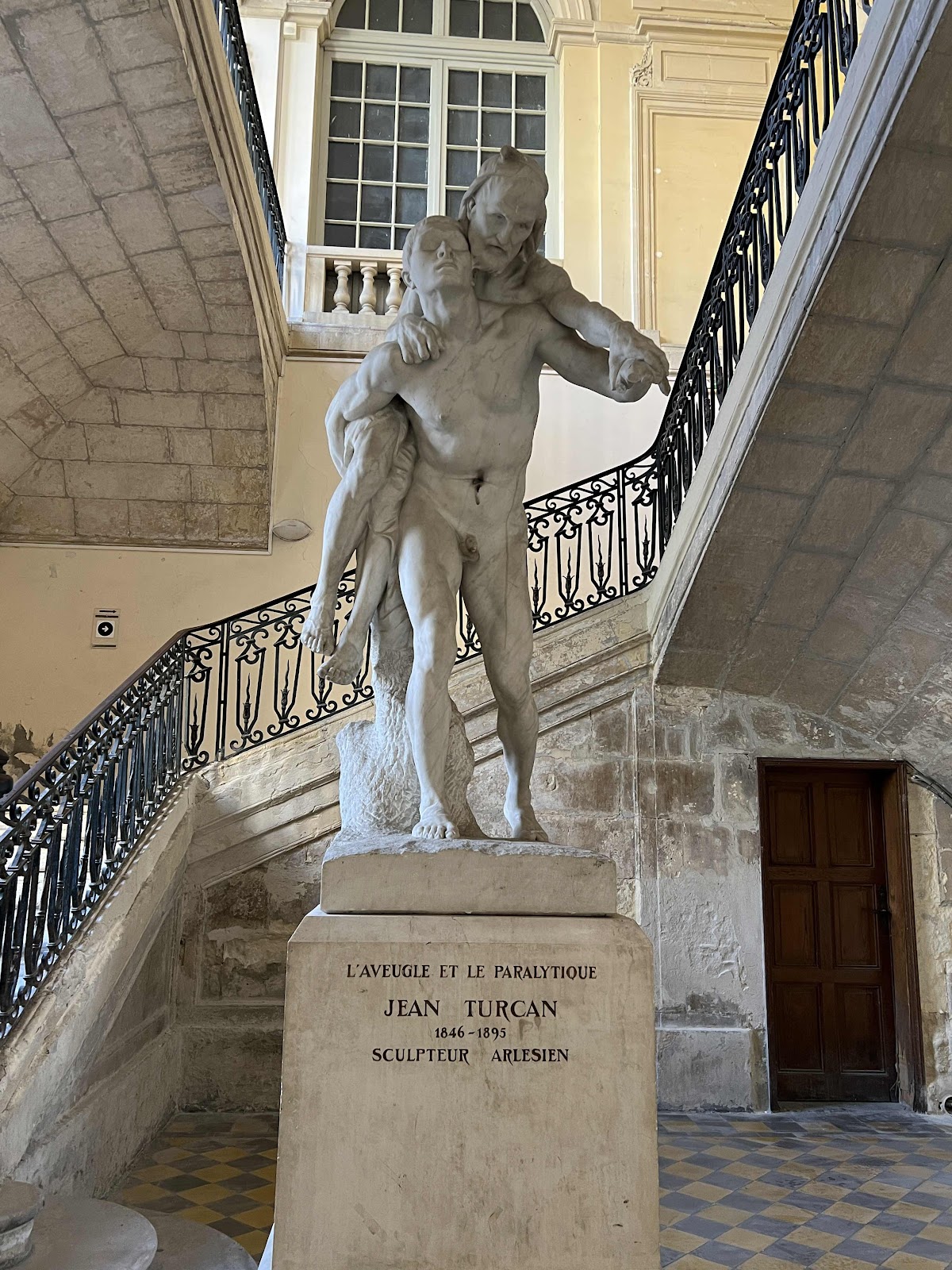 Posted by overyourhead at Sunday, November 07, 2021