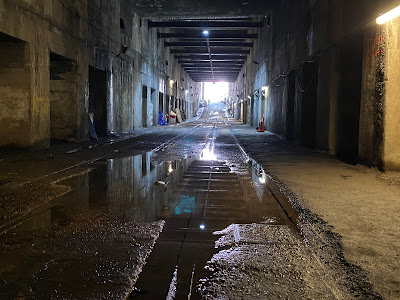 Services opened to the public on 24th Feb 1906 with a tram running from Angel to Aldwych. Later that year they extended the route starting from Highbury Station to Tower Bridge and to Kennington Gate.

The tunnel was originally built for single-deck trams only but due to the popularity of the service in 1929 was deepened to accommodate the double-deckers too.

After WW2 tram usage declined and it was decided to replace trams with diesel buses which were more flexible. By 1952 the subway had closed.

By 1964 the lower bit of the tunnel near the river had been repurposed as the Strand Underpass for cars. The upper section remains empty so we got to see that and the two deserted stations. The space is occasionally used as a filming location. A forgotten piece of Hidden London history. 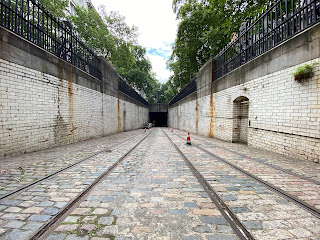 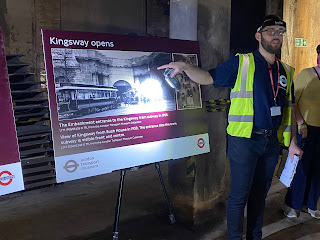 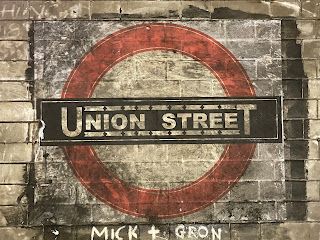 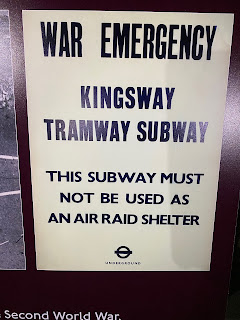 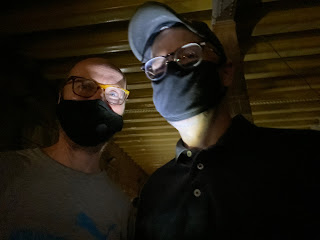 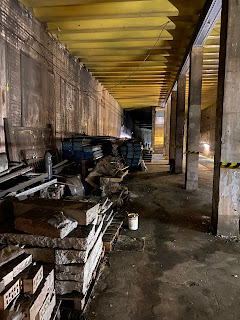 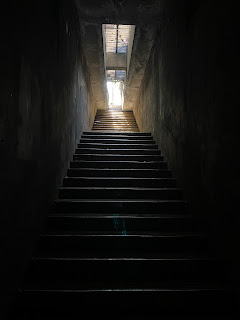 Posted by overyourhead at Wednesday, August 18, 2021